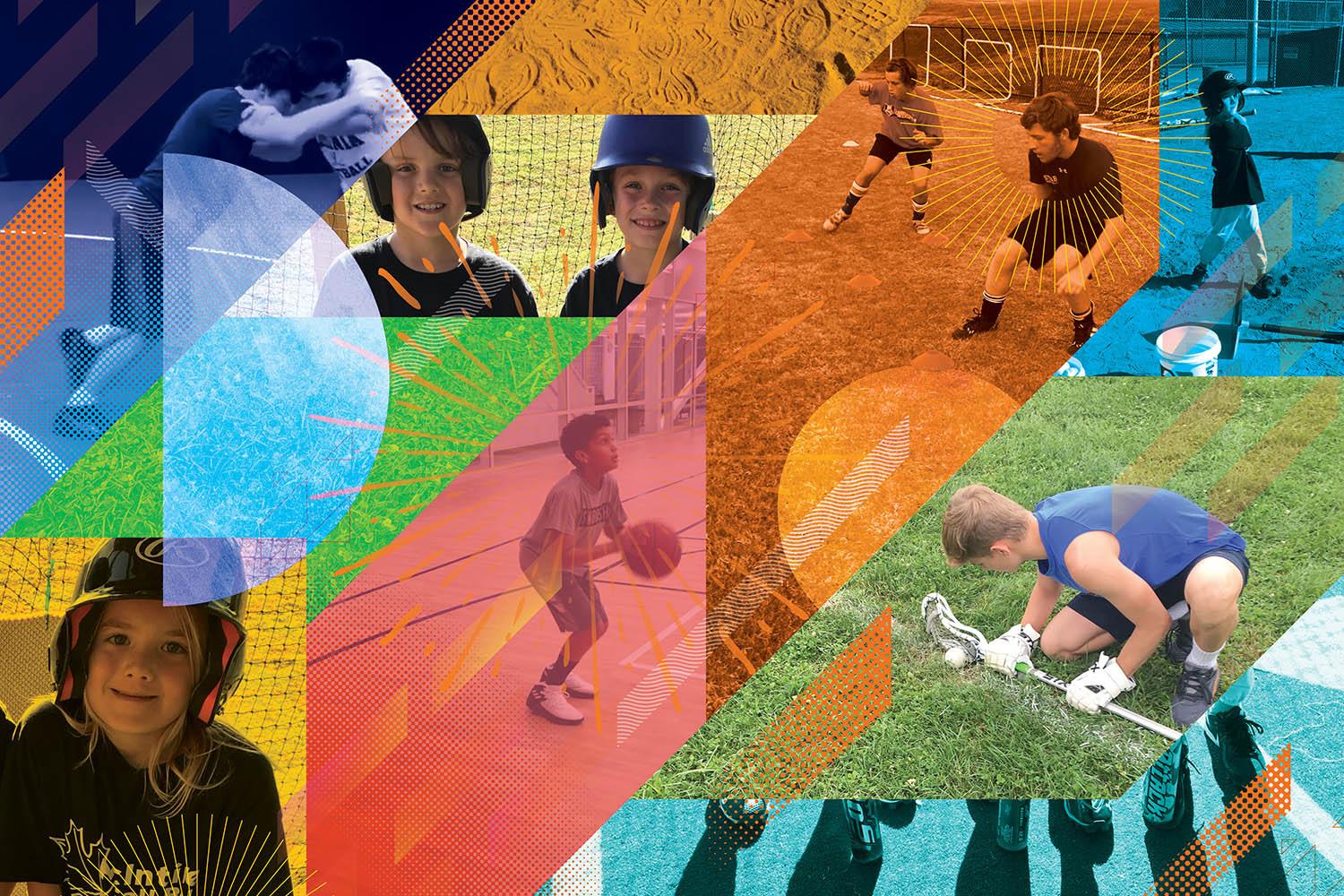 A groundbreaking idea for a business – one that could benefit University of Virginia student-athletes and members of the Charlottesville community alike – hinged on NCAA approval.

UVA students Grant Sirlin and Jared Vishno were confident they would get it.

In their proposal, they believed they had taken into consideration all of the NCAA’s bylaws and addressed every potential pitfall.

But until they received a “yes” in writing, all Sirlin and Vishno had was an idea. In February of 2017, they heard back from the NCAA.

“It was literally one line saying, ‘Based on the business model that you have created, it is permissible for student-athletes to make money using your service,’” Sirlin said.

Yes, you read that correctly.

Sirlin and Vishno, a pair of UVA third-year students who have known each other since they were 6 months old, have devised a way for college student-athletes – with the NCAA’s blessing – to earn money.

The duo’s company, Division 1-on-1 Trainers, pairs UVA student-athletes with athletes in the Charlottesville community for personal training lessons.

Typically, clients range in age from 8 to 18, with all skill levels welcome.

Currently, D1on1 has 38 male and female student-athletes from 16 sports serving as trainers – including football, basketball, soccer, baseball, lacrosse and tennis players. Together, they have given more than 150 lessons.

“We like to say we’re the only people in the country who can legally pay college athletes,” Vishno said. “It gives us an advantage that – as far as we know – nobody else has.”

So how, exactly, is the company – which has won $11,000 competing in UVA’s Entrepreneurship Cup over the last two years – able to do this?

“What we’re doing is marketing the coaching ability and the knowledge that these athletes have of their sports, rather than their athletic reputations,” Sirlin said, “and that’s why the NCAA approved us – because this doesn’t really have to do with them as athletes monetizing their skills. It’s more about their knowledge of the sport and their ability to connect with kids.”

Sirlin and Vishno grew up playing sports together in Westport, Connecticut, with their dads often serving as their coaches. Eventually, the pair began coaching and training kids themselves. “It led us to believe that sports are a means for personal growth,” Vishno said.

When the friends arrived on Grounds, they said they noticed a “gap” between UVA student-athletes and members of the Charlottesville community. Other than watching the athletes play in games and getting occasional autographs, community members didn’t have much meaningful interaction with the players they were cheering on.

“We wanted to bridge the gap,” Vishno said.

Just a few months into their time at UVA, Sirlin (an economics major) and Vishno (a Spanish major) hatched their plan. “We realized that there was an opportunity to help college athletes make money, while also providing a service that could benefit a lot of young athletes in the Charlottesville community,” Vishno said.

Added Sirlin: “If you’re a kid who’s living in Charlottesville, you may have your favorite UVA athlete who’s going to be in the NBA or MLS one day living down the street, but you may never meet them. We wanted to make these two groups more accessible to each other.”

But with myriad NCAA rules pertaining to student-athlete eligibility, accomplishing it was easier said than done.

That’s where Eric Baumgartner, UVA’s associate athletics director for compliance, came in. Sirlin and Vishno said they leaned on Baumgartner throughout the process.

One of the big things Sirlin and Vishno learned was that they weren’t allowed to use the names or images of the student-athletes to promote their business. To that end, clients who use D1on1 don’t know which UVA player will be giving them their lesson until they have booked their session. They only get to choose the sport and the things they want to work on. Sirlin and Vishno take it from there.

For every session that takes place, the student-athlete must complete a form that is signed by their coach and a UVA compliance officer. “Everybody is in the loop to make sure everything is within the regulations and there are no issues,” Vishno said.

So how much money do Sirlin and Vishno make from the venture?

“We’re still working out the economics of it and what our percentage needs to be to keep it sustainable,” Sirlin said. “Right now, we take a 20 percent cut of every session that takes place. That’s something the trainers have been fine with and it still keeps it affordable for the parents.”

Opoku used to send his earnings to family members in Ghana, though he said his D1on1 experience wasn’t just about making money.

“For me, the most important thing is making an impact in young people’s lives,” he said. “I love giving back to kids because I know how much it means to them, and how much they look up to me.”

This year, Sirlin and Vishno are hoping to expand the business to other universities in the state. Their long-term goal is to go nationwide.

Sirlin and Vishno believe the beauty of the training sessions is that the client athletes can be of any skill level and can have the sessions tailored however they want.

“If you’re a soccer player and you just want to work on shooting, we’ll tell the trainer that in advance,” Sirlin said. “The trainer comes to the field prepared with equipment and a game plan with drills to do.”

“One of the things parents say they like is that they love how the trainers don’t have any agendas,” Vishno added. “They show up and are totally at the service of the young athlete. They like how it’s super-intimate and can help them gain confidence and work on skills that maybe their normal coach couldn’t traditionally teach them.”

Sirlin said that in the two-plus years they have been working on their business, they haven’t come across any others like theirs.

“Our differentiator is our supply of student-athletes,” he said. “They’re super-passionate about their sports and have elite skills. And at the end of the day, it’s going to translate to the student in any sport.”