Listening to Nature: A Sound Artist Takes His Place Among Biologists 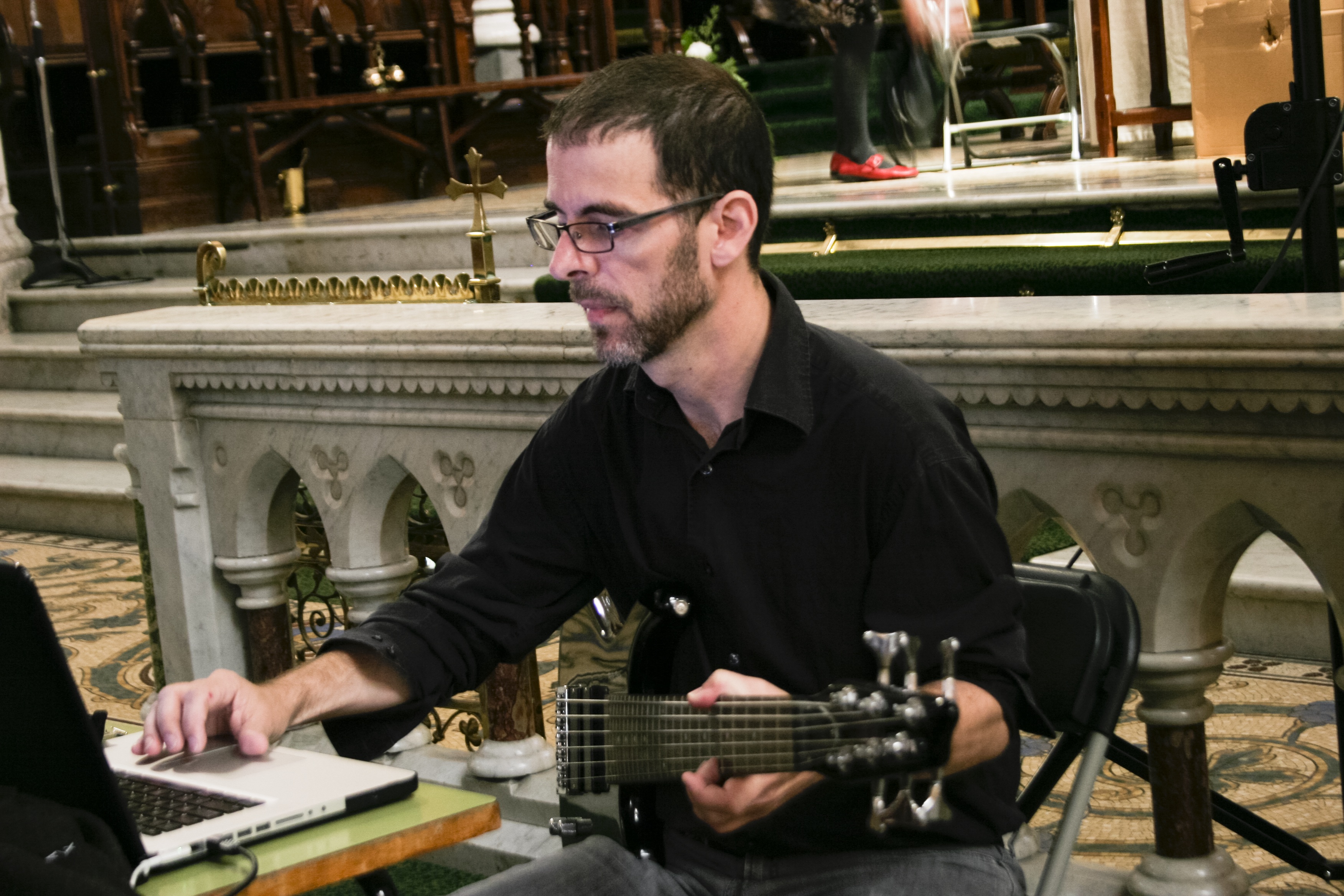 The field station for U.Va.’s Department of Biology – located on 650 acres at 3,800 feet elevation in rural Pembroke, roughly halfway between Blacksburg and the West Virginia state line – is home to a community of scientists and students from around the country who conduct research in everything from ecology to evolutionary genetics. The station’s population swells in the summertime.

For the second straight summer, the scientists will receive a visitor from the art world.

From July 14 to 26, thanks to a partnership between the biology department and U.Va.’s McIntire Department of Art, Stephen Vitiello – a nationally acclaimed electronic musician and sound artist – will explore his art as the station’s second annual Buckner W. Clay Artist-in-Residence.

The residency is part of the station’s ArtLab program, which every summer brings artists and scientists who share common interests together in a working, residential environment.

“Artists often speak of ‘asking questions’ of a subject with their work, while scientists usually imagine they are generating answers,” Edmund D. “Butch” Brodie III, a U.Va. professor of biology and director of Mountain Lake station, wrote in a 2013 ArtLab blog.

“In truth, the processes underlying both disciplines are more similar than practitioners realize – both are creating new methods of investigation to explore natural phenomena.”

Last year, the station sponsored its first artist-in-residence, Ana Golici, whose work crosses the boundaries between art and science. She studies insects using a scanning electron microscope, with the resulting images becoming subjects for digital printmaking.

Vitiello hopes to be similarly inspired.

“The opportunity to spend time at Mountain Lake Biological Station and to work with the ArtLab program is thrilling,” he said. “During residencies throughout my career, I have been privileged to do sound recordings in spaces that I wouldn’t have had access to otherwise. These experiences have introduced me to a landscape and a soundscape that I never knew existed.”

As part of his residency, Vitiello will present a free, public lecture, “Stephen Vitiello: Travels With Sound,” on July 17 at 8 p.m. in the biological station’s Lewis Hall Auditorium.

“The lecture will focus on my 20-plus years of working with sound in the arts,” Vitiello said. “After years of creating soundtracks for video artists and choreographers, my work has turned to focus on site-specific sound installations.”

As a sound artist, Vitiello transforms incidental atmospheric noises into soundscapes that can alter the listener’s perceptions of the surrounding environment. He has composed electronic music for numerous projects, including independent films, experimental videos and art installations.

As an installation artist, Vitiello is particularly interested in the physical aspect of sound and its potential to define the form and atmosphere of a spatial environment.

Vitiello’s work is the subject of a 27-minute documentary, “Stephen Vitiello: Listening with Intent,” produced by Australian television (view it here).

In 1999, Vitiello was awarded a studio for six months on the 91st floor of the World Trade Center’s Tower One, where he recorded the cracking noises of the building swaying under the stress of the winds of Hurricane Floyd.

In addition to his World Trade recordings, Vitiello’s sound installations have included recordings of the Amazon rainforest in Brazil and of ringing bells in New York for a yearlong installation on the High Line, which was later presented at the Museum of Modern Art.

His sound installations have been exhibited internationally and are in the collections of museums such as the Museum of Modern Art and the Whitney Museum of American Art. He has collaborated with such internationally famous artists and musicians as Nam June Paik, Pauline Oliveros and Ryuichi Sakamoto.

Vitiello is currently an associate professor in the Department of Kinetic Imaging at Virginia Commonwealth University in Richmond.

His residency and lecture are made possible by a U.Va. Buckner W. Clay Award in the Humanities, Mountain Lake Biological Station and the McIntire Department of Art.

For information about ArtLab and Mountain Lake Biological Station, contact the field station at 540-626-7196 or visit here.

A Year We Will Never Forget: 2019-20 in Review END_OF_DOCUMENT_TOKEN_TO_BE_REPLACED

‘What Will You Carry With You?’ Remarks From UVA President Jim Ryan END_OF_DOCUMENT_TOKEN_TO_BE_REPLACED