Looking Back at 20th-Century Poetry: Q&A with Rita Dove 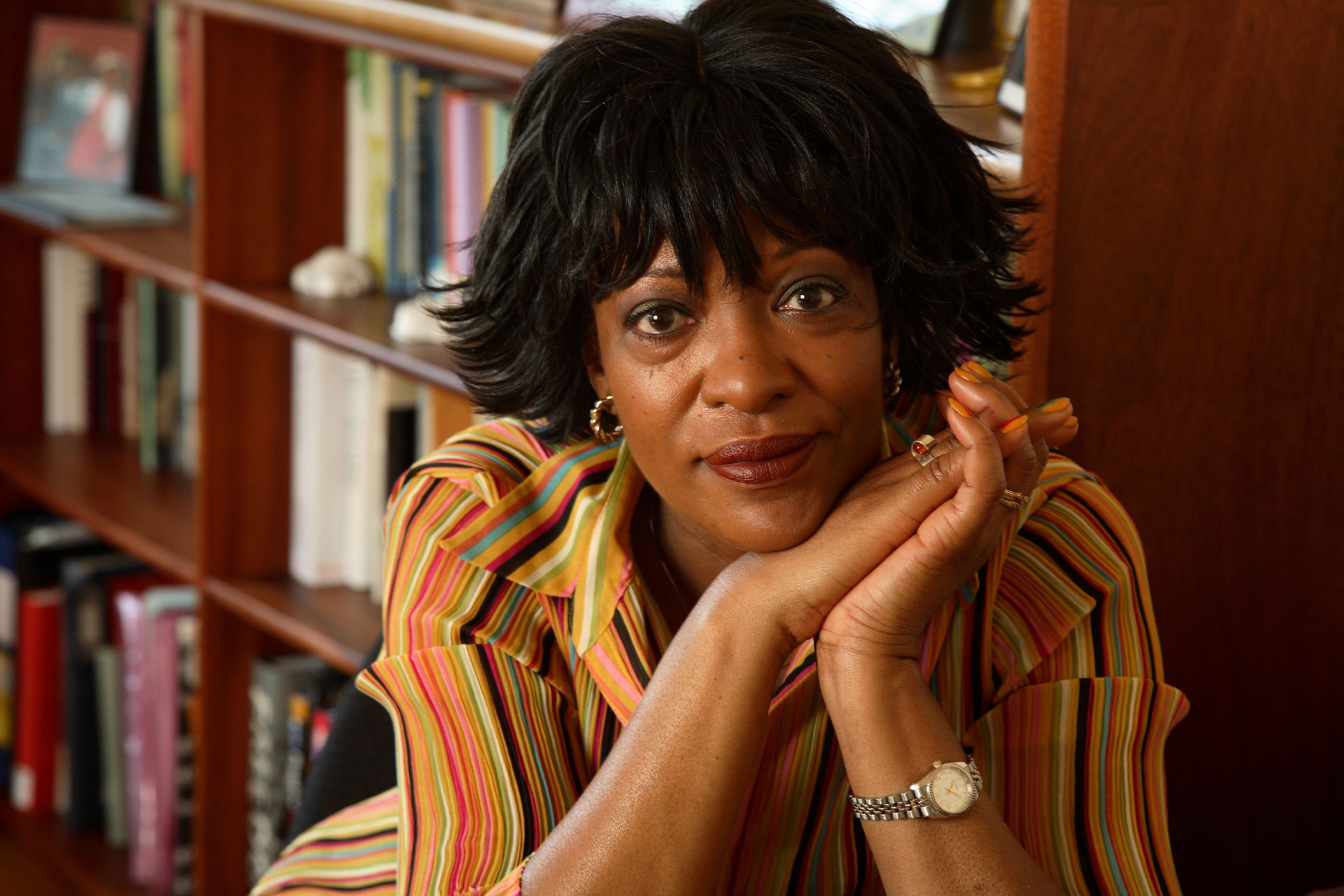 October 20, 2011 — With more than a decade of the 21st century behind us, poet Rita Dove of the University of Virginia's College of Arts & Sciences said she thought the time was right to accept a new project: compiling "The Penguin Anthology of Twentieth-Century American Poetry," a project on which she served as sole editor. The book will be released Oct. 25.

A former U.S. poet laureate, Dove is the Commonwealth Professor of English. Among her nine poetry collections are "Sonata Mulattica," "American Smooth," and "On the Bus with Rosa Parks." She won the Pulitzer Prize in poetry for "Thomas and Beulah" in 1987.

Before she left Charlottesville to go on tour to discuss the new anthology, Dove answered a few questions about the task of compiling the anthology, including how she chose which poems to include.

Q: What made you want to take on the anthology project?

Dove: Two things: Firstly, the fact that I was to be the sole editor, which would afford me to present my vision of the 20th century – no compromises, no excuses. I felt called up to the plate, and I like that sort of challenge. Also, perhaps even more importantly, the timing was right for such an anthology. It offered a definite frame: After all, the 20th century is a done deal, so to speak, which meant that I could look back and see if the trajectory of those 100 years was defined in the minds and works of its poets. That question proved irresistible.

Q: What did you look for in putting together this collection of poetry?

Dove: To say that I was looking for the greatest poems of the century is a given, but even that pronouncement has its snags: What constitutes "great"? How do you choose from and between great poems? What does one do with poems which were important in their day but whose influence has faded since? My measuring stick, my umbrella theme, was always the rubric of the century. Time and again I would ask myself, "Did this poem make an impact?" with the corollary: "Did this poem influence either the way we looked at the world or the way we looked at ourselves?"

Q: Why do you think another anthology is needed? What does this one offer readers?

Dove: So many anthologies have necessarily been compiled from within the last century, which means they concentrated more on a thematic assortment of poems rather than a panoramic contemplation. My anthology not only offers a gathering of great poems, but also hopefully encapsulates, in the taut yet vividly construed configurations of poetry, American life during a time that has clear demarcations not only in history, but also in our minds.

By 1900, America was finally emerging from the trauma of the Civil War; the first generation of poets who had had no personal part in the strife was coming of age. Add to this the driving energy of technological progress, such as the automobile, electricity, telephone and industrial mass production, the first hints of globalization – even though it was propelled by two world wars – as well as, especially in the second half of the century, ever-quickening advances in social media (television, computers, the Internet), not to mention the mind-bending realization that we were at the cusp of a new millennium – all of these factors, and many more, of course, contributed in making the 20th century an amazing, albeit not always pretty, time to reflect upon in poetry, "our craft and sullen art," as Dylan Thomas said.

Q: What readership is this book intended for?

Dove: The Penguin Anthology is not intended to serve as a scholar's ultimate resource; there are other tomes out there that fill that bill. You won't need a crane to lift it; weighing in at 650 pages, the book is quite portable. And yet what I've presented is a wide selection of poems offering the reader not only food for thought, but also, as all good poetry should, pleasure and solace, even in the face of truth or pain.

On the other hand, despite its readability and outreach to a large audience – from poetry lovers to those who may have always been a little curious about poetry – it's comprehensive enough for literature classes and creative writing workshops.

Q: This is the first time a person of color has been the sole editor of such a major general anthology. Why is this significant?

Dove: Advances in civil rights notwithstanding, our African-American president notwithstanding, profound racial divides still exist in our country. It often seems to me that only limited numbers of non-traditional representatives, be they female and/or non-white, are allowed to permeate the invisible walls of a given field at a given time without encountering fierce resistance from the defenders of the "good ol' times" – namely, white men. Of course, substantial progress has been made from the time when virtually no one from outside the Caucasian brotherhood was allowed into any positions of power and influence.

Yet even today, in the humanities, for example, non-mainstream practitioners are quietly expected to tackle issues pertaining to their heritage, with any interest taken in Anglo-European cultures regarded by the old guard as an incursion into foreign territory – as if we haven't all been raised on Greek myths and Grimm's fairy tales!

Poetry is no exception to this insidious quasi-quarantine, but examples are hard to quantify and manifestations difficult to identify without appearing paranoid. The better way to recognize the problem is to turn the question around: Why hasn't a person of color been the sole editor of a major mainstream anthology before? In this day and age, the ethnicity of an American editor shouldn't matter; it shouldn't even be a topic of discussion – except, of course, if it's a "first," a singular event, because that begs the million-dollar question.

Q: Did you enjoy the project? What was fun about it? What was difficult?

Dove: I enjoyed the editing part of the project immensely. It was thrilling to immerse myself in so much poetry, to tease out the interweavings among various schools of thought: From the Beats and the New York School, for example, came the Confessionalists and the Black Arts Movement, and the second-wave feminists ... and they all were more than just kissing cousins! Tracking and choosing poems to illuminate these kinds of connections was thrilling, gratifying work.

The difficulties arose when it came time to secure reprint permissions. Although I was not contractually obliged to do so, in the end I had no choice but to get involved when what I had assumed to be a generous budget was completely exploded by absurd fee demands. Fortunately, once I stepped in and personally negotiated with rights holders, most of them understood my predicament and were willing to lower their financial expectations to reasonable levels – most of them, but not all. Because of the utter intransigence of one publisher, for instance, I had to sacrifice the inclusion of several poets and a number of poems. Luckily, Penguin stood with me all the way and supported my decision to press forward in the face of possible derailment; they also didn't mind my mentioning this incident in my foreword to the anthology.

Q: Did you include yourself?

Dove: Yes, I did include myself. All modesty aside, I believe that my poetry has made a pretty substantial impact over the past 30 years. Why else would I have been asked to edit this anthology? It would be silly – and unprofessional, actually – to exclude myself when my work is represented in every other major American poetry anthology since the 1980s.

What’s Next for UVA’s Class of 2022? END_OF_DOCUMENT_TOKEN_TO_BE_REPLACED