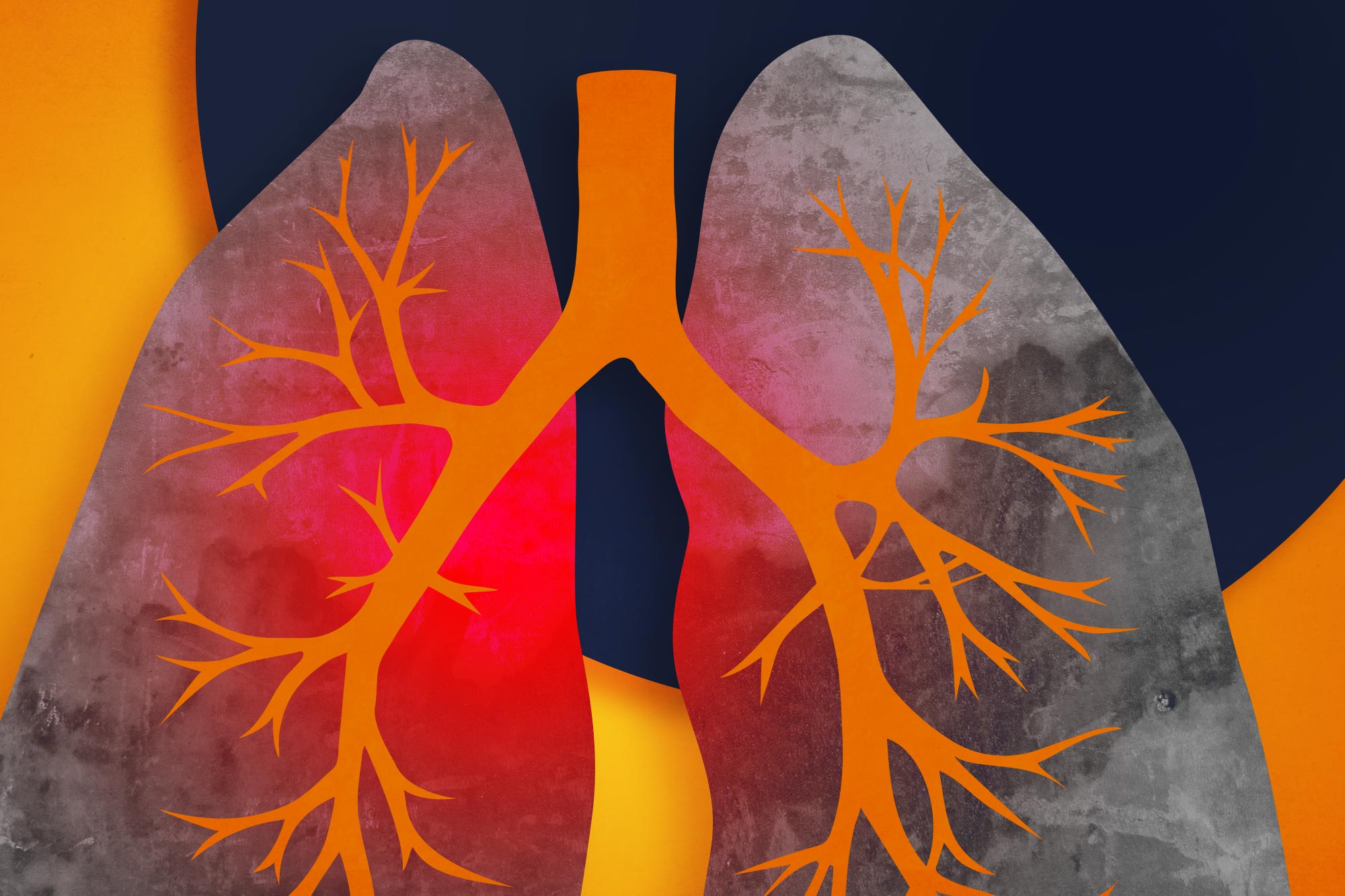 New research from an international team of scientists could offer doctors a new way to detect and monitor progressive lung diseases – and may also shed light on the fundamental causes of those conditions.

The research team found that immune cells, called “monocytes,” could be used to predict lung abnormalities and their progression. The more monocytes, the greater the odds there was a problem.

The findings suggest that monocytes play a critical role in the development of interstitial lung diseases, the researchers say. These diseases scar the lungs, and the new work may help explain why that occurs.

“Previous studies have shown that certain immune cells, including monocytes, may have a critical role in the development of interstitial lung disease and have largely focused on humans who already have disease,” said researcher Dr. John S. Kim, a specialist in pulmonary and critical care at UVA Health who helped lead the research. “We found that higher levels of monocytes in the blood are strongly linked to early signs of injury and scarring on lung imaging among [study participants].”

Approximately 30,000 to 40,000 Americans are diagnosed with idiopathic pulmonary fibrosis each year. Because it is a dangerous, progressive disease, it is important that it is caught early so that patients can receive appropriate care, including treatments that can slow its progression.

The new research from Kim and his collaborators suggests that monitoring monocytes might offer a good way in the future to identify adults who may be at risk of developing idiopathic pulmonary fibrosis and other types of interstitial lung diseases.

To better understand the role of immune cells in these diseases, Kim and his colleagues looked at four large groups of people, both smokers and non-smokers – more than 7,000 people in total. They found that those with higher monocyte counts were at higher risk for lung abnormalities and their progression over time on lung imaging. They also found that people with high monocyte counts were more likely to have reduced force volume capacity – a measure of lung function.

Overall, participants with lung abnormalities tended to have far more “activated” monocytes than those without lung abnormalities. This suggests that hyperactive monocytes may be contributing to lung injury at the early stages of this disease, the researchers conclude. They are urging additional studies in people to better understand the role of monocytes in early interstitial lung disease.

“With further research and collaboration with other researchers, we may gain a better understanding of how monocytes contribute to the earlier stages of interstitial lung disease that can lead to future tests and therapies,” said Kim, of UVA’s Department of Medicine. “It is our ultimate hope to be able to identify individuals who are at higher risk of developing this condition and intervene quickly with treatments that can prevent this devastating disease.”

The studies used as the basis for the work were made possible by the financial support of the National Institutes of Health; the National Heart, Lung and Blood Institute; and other generous funders. A full list is included in the paper.

When Less Is More: How Harnessing the Power of Subtraction Can Add to Life END_OF_DOCUMENT_TOKEN_TO_BE_REPLACED