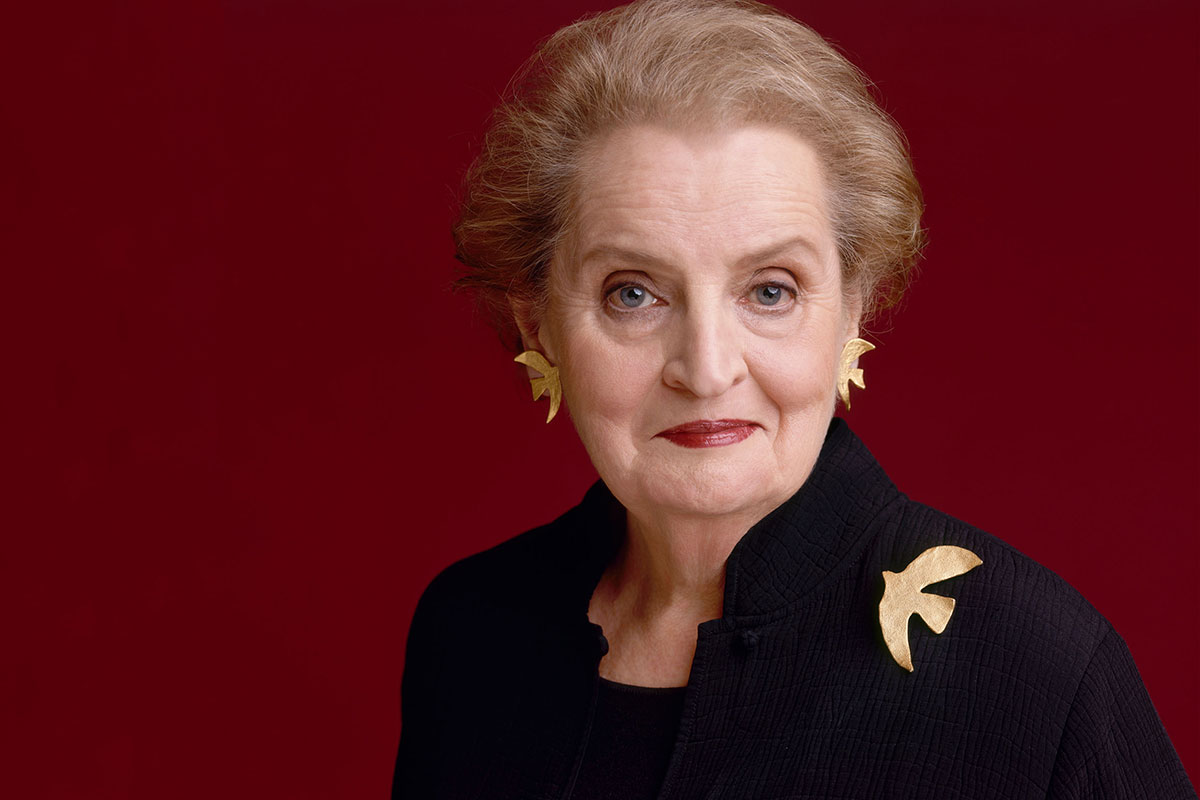 Former U.S. Secretary of State Madeleine Albright has been selected to be the first recipient of the University of Virginia’s new Edward R. Stettinius Jr. Prize for Global Leadership.

The University will present Albright with the award March 29 in celebration of the 70th anniversary of the United Nations. The honor’s namesake is a former UVA student and U.S. Secretary of State who supervised the Lend-Lease Act program and helped found the U.N.

Albright served as U.S. Ambassador to the United Nations before becoming the first female Secretary of State in 1997, serving in President Bill Clinton’s administration until 2001. She presided during a time of great tumult in Eastern Europe, the Middle East and the transfer of sovereignty over Hong Kong.

UVA President Teresa A. Sullivan announced the creation of the Stettinius Prize in October to underscore the University’s commitment to international leadership and discourse.

“We are delighted and honored to present this inaugural Stettinius Prize to a global leader of Madeleine Albright’s stature,” Sullivan said. “The creation of this new award is another manifestation of UVA’s steadfast commitment to global engagement.”

“It is an honor to receive an award named for former Secretary of State Edward Stettinius, who also served as America’s first ambassador to the United Nations,” Albright said. “As a key leader in the U.S. government during World War II, Stettinius helped our country defend freedom on a global scale. The country and the world still benefit from his vision and effective leadership and it has been a privilege to serve in the same positions he once held.”

Alongside the presentation of the Stettinius Prize, the Presidential Precinct – an educational partnership among UVA, the College of William & Mary, Thomas Jefferson’s Monticello, James Madison’s Montpelier, James Monroe’s Ash Lawn-Highland and Morven – will confer the inaugural Young Leader Award to acknowledge the contributions of exceptional up-and-coming leaders around the world. The 2016 Young Leader Award will be given to award-winning journalist Oluwatoyosi Ogunseye, the first female editor of Nigeria’s largest newspaper, Punch. Ogunseye was a member of the first class of Mandela Washington Fellows, the U.S. government’s Young African Leaders Initiative.

In 2014, more than 50,000 emerging leaders from sub-Saharan Africa applied for 500 fellowships held at educational institutions around the United States. The Presidential Precinct hosted Ogunseye and 24 other fellows for a six-week civic leadership institute.

The presentations will take place at an awards dinner at The Boar’s Head Inn Pavilion in Charlottesville, part of a two-day Global Leadership Forum at UVA on March 29 and 30, sponsored by the Presidential Precinct in partnership with the U.S. Department of State.

The forum will explore some of the world’s most pressing issues. Participants include emerging and established leaders from more than 25 countries, current State Department-sponsored international exchange partners and alumni, faculty and students from UVA and William & Mary.

In the last three years, UVA, the State Department and Presidential Precinct partners have hosted more than 275 emerging leaders from more than 100 countries in various programs.