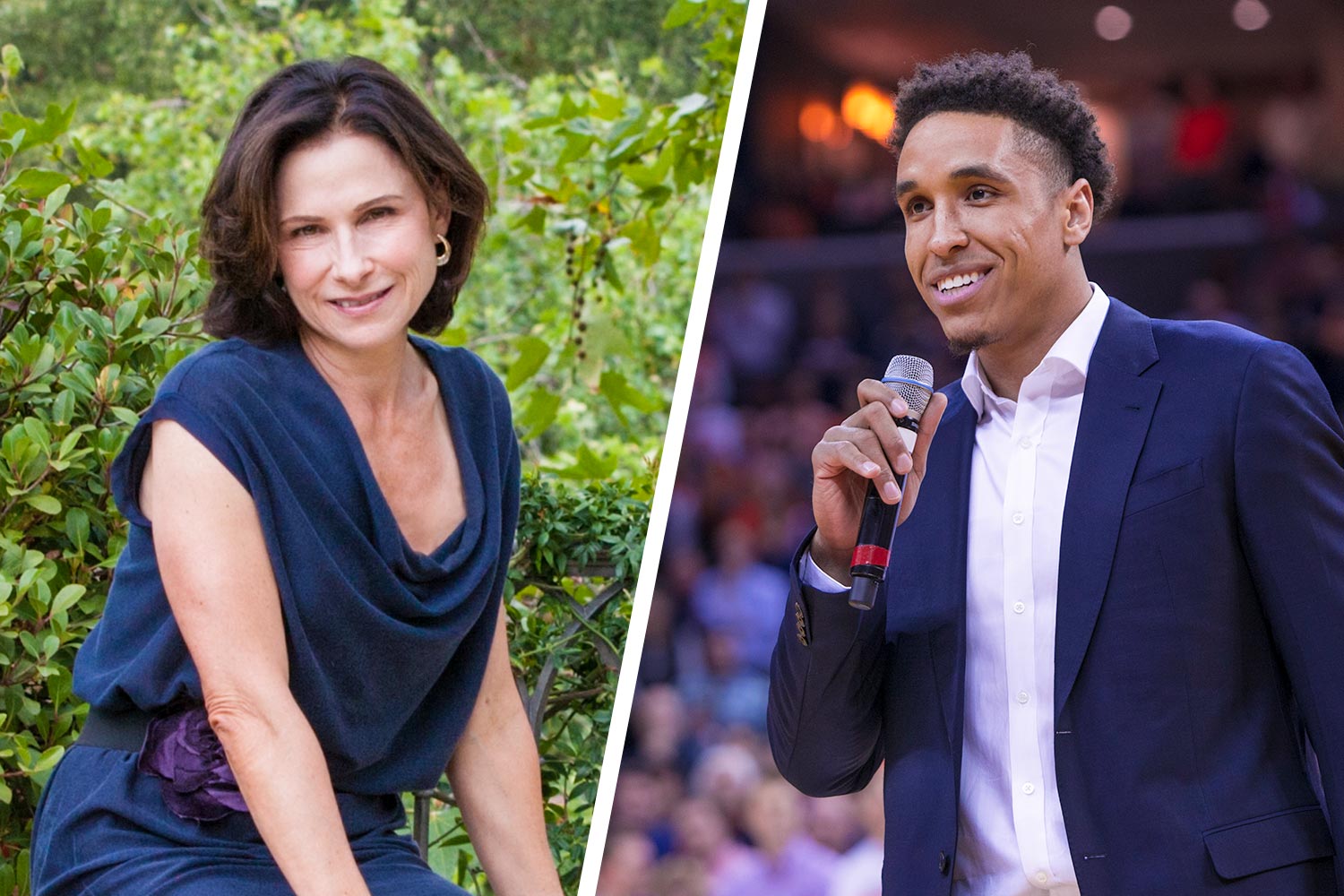 NBA star Malcolm Brogdon and philanthropist Martha Lubin Karsh will serve as co-chairs for “Honor the Future: The Campaign for the Future of the University of Virginia,” UVA announced this week.

The $5 billion campaign will position the University to thrive into its third century through a commitment to UVA’s founding ideals: truth, citizenship and the power of knowledge. Gifts from the University’s many generous supporters during the campaign are expected to bolster strategic objectives in every school, department and sector, and further improve UVA’s unparalleled student experience.

Chaired by alumnus and longtime stalwart supporter of UVA Peter Grant II, the campaign begins its public phase in fall 2019.

“Martha Karsh and Malcolm Brogdon represent what this university – and this campaign – are all about,” UVA President Jim Ryan said. “They love UVA, but they also believe it can be even stronger than it is today, and I’m grateful to both of them for agreeing to help lead this campaign and help us continue to make progress.”

Brogdon currently stars for the NBA’s Milwaukee Bucks. He earned 2017 Rookie of the Year honors after a season in which he led all NBA rookies in assists and steals per game, ranked second in three-point field goal percentage and free-throw percentage, and was fourth in scoring. Brogdon, who majored in history, lived on the Range in his final year at UVA while earning a master’s degree from the Frank Batten School of Leadership and Public Policy.

He was a key component of the UVA men’s basketball team during some of its most successful seasons. In 2016, Brogdon was named Atlantic Coast Conference Player of the Year and Defensive Player of the Year, as well as earning All-America honors.

“UVA provided me an experience unlike any other I have had,” Brogdon said. “I’m honored to participate as co-chair of a campaign that will ensure future generations of Cavaliers benefit from the same extraordinary opportunities.”

Karsh, who graduated from the College of Arts & Sciences in 1978 and earned a UVA law degree in 1981, co-manages the Karsh Family Foundation’s giving. In May, she and her husband, UVA alumnus Bruce Karsh, a 1980 graduate of the Law School, announced a gift to the School of Law that, when matched by funds provided by the University’s Strategic Investment Fund, marks the largest commitment in Law School history. The gift will fund the school’s top scholarship program, which awards full tuition and fees for all three years of study. It also establishes the Karsh Center for Law and Discovery and creates an endowed professorships fund – named in honor of U.S. Supreme Court Justice Anthony Kennedy – to support faculty affiliated with the Karsh Center.

Martha Karsh recently served as a member of the board of the organization that helped Los Angeles land the 2028 Summer Olympics. A trustee emerita of the UVA Law School Foundation, she co-founded the Los Angeles design firm Clark & Karsh. The Karshes co-own the NBA champion Golden State Warriors.

“‘Honor the Future’ is an ambitious and important campaign for a flagship public university certain to reach new heights under Jim Ryan’s leadership,” Karsh said. “At the Law School, I forged my professional and family life and honed critical intellectual skills. I’m honored to give back to a University which gave me so much.”

Grant, who was appointed to chair the campaign in April 2017, said he welcomes Karsh and Brogdon as co-chairs and expects their presence to greatly benefit the effort.

“Martha and Malcolm are terrific ambassadors for the University of Virginia,” Grant said. “I am thrilled to have the opportunity to work closely with them on this ambitious effort to bring positive benefit to the University that we all love.”

Ryan, who began his term as UVA’s ninth president on Aug. 1 and will be inaugurated on Friday, said the campaign serves as a critical component of the University’s role in serving society.

“UVA has been mission-driven and outward-looking from the very beginning,” Ryan said. “As we begin to articulate what that mission will look like going forward, this capital campaign will help us build a university that is both excellent and accessible, committed to discovery in service of the greater good.”

How a Single Email Changed a Life END_OF_DOCUMENT_TOKEN_TO_BE_REPLACED

Fall Is in the Air on Grounds END_OF_DOCUMENT_TOKEN_TO_BE_REPLACED

At UVA, There Is a Club for Everyone END_OF_DOCUMENT_TOKEN_TO_BE_REPLACED