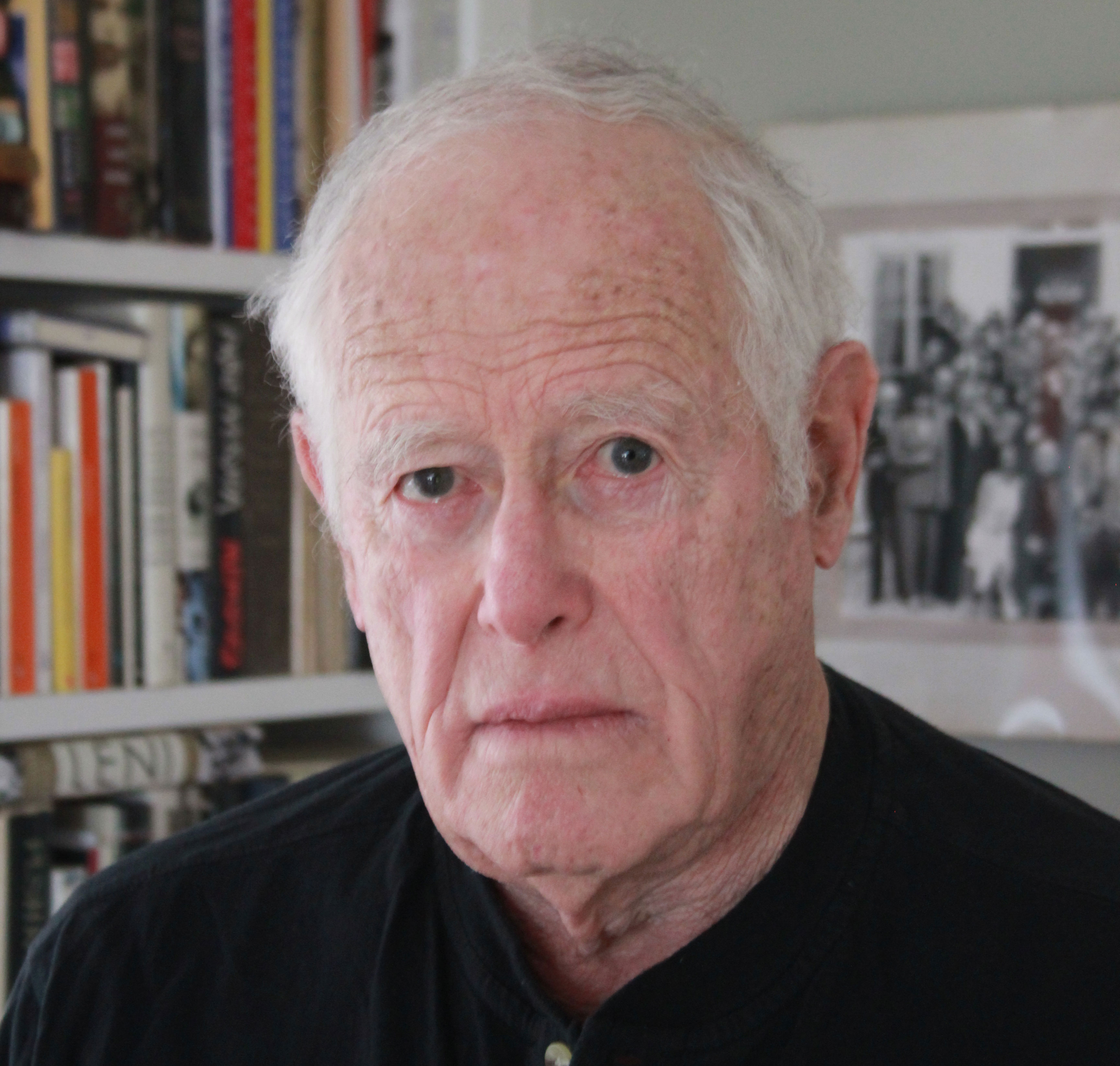 When author James Salter came to the University of Virginia in 1991 as the Rea Visiting Writer, he left a note in the Creative Writing Program’s book for the Rea writers to sign their names. Salter mentioned William Faulkner’s time at U.Va. as writer-in-residence in the late ’50s and his lasting stature in literature.

What goes around, comes around: Salter has returned to the University as the inaugural Kapnick Distinguished Writer-in-Residence this fall, renewing Faulkner’s legacy. “It’s quite an honor,” Salter said.

The Kapnick Distinguished Writer-in-Residence Program was established last year in the tradition of Faulkner’s legendary residencies at the University in 1957 and ’58. The program aims to bring writers of international stature to Charlottesville for one semester to teach and engage with U.Va. students and the literary community.

Praised as a master stylist by many of his peers and reviewers, Salter, 89, is spending the fall semester on Grounds, teaching a graduate workshop on fiction. He will give three public talks related to the art and craft of writing, plus a reading of his work in November.

The talks on “The Art of Fiction” will be held Oct. 9, 14 and 27, at 6 p.m. each day, in the Harrison-Small Auditorium. He will cover topics including what style in fiction-writing entails, using certain writers as examples; thoughts and advice on writing a novel; and more personal reflections on committing one’s life into art. He will read his fiction on Nov. 11 at 5 p.m. in Nau Hall, room 101, to be followed by a book signing.

Salter’s novels include “All That Is,” published last year; “The Hunters”; “The Arm of Flesh,” later renamed “Cassada”; “A Sport and a Pastime”; “Light Years”; and “Solo Faces.” He has two story collections, “Dusk and Other Stories” and “Last Night.” He published a memoir, “Burning the Days,” in 1997.

Several reviewers of “All That Is” have cited a paragraph written in the voice of the main character, a publisher late in his career, as an example of Salter’s craft:

“The power of the novel in the nation’s culture had weakened. It had happened gradually. It was something everyone recognized and ignored. All went on exactly as before, that was the beauty of it. The glory had faded but fresh faces kept appearing, wanting to be part of it, to be in publishing which had retained a suggestion of elegance like a pair of beautiful, bone-shined shoes owned by a bankrupt man.”

Reflecting on that paragraph, New York Times reviewer Malcolm Jones wrote: “Here, as always, this writer so at war with the obvious uncovers radiance in even the most melancholy circumstance, applying to it the same rigor he uses to scrutinize and dismiss any easy, conventional notions about heroism or the honorable life.”

University of Virginia Press director Mark Saunders, who earned his M.F.A. in fiction at U.Va., said, “I came to Salter’s work for the same reason the Creative Writing Program invited him – for his style, its rhythm and sentence structure. It’s exquisite, muscular and precise.”

At the same time, there’s tension between surfaces and depths, Saunders said, whether Salter is describing a fighter pilot’s flight, a doomed love affair or a fizzling career.

“He is a master,” said National Book Award-winner John Casey, also a U.Va. professor of fiction writing, who co-chairs the Kapnick committee. “I read James Salter’s ‘Light Years’ 25 years ago on the urgent recommendation of two intelligent readers. The nine books by Salter that I’ve read since confirm that urgent recommendation.

“We sought to honor him by inviting him to be the inaugural Kapnick Distinguished Writer in Residence. He honors us with his acceptance,” Casey said.

The chain between Faulkner and Salter contains several more links.

Among Salter’s awards, two have come from the PEN/Faulkner Foundation. The late Mary Lee Settle, another National Book Award winner who was on the U.Va. faculty, established the PEN/Faulkner Award in 1980, naming it for Faulkner and PEN, the international writers’ organization.

Salter’s book of stories, “Dusk,” won the 1989 PEN/Faulkner Award, and the foundation gave him its PEN/Malamud Award in 2012.

What did Salter write in the Rea writers’ notebook more than 20 years ago about the first U.Va. writer-in-residence on Grounds more than 55 years ago?

“I’ve heard stories of Faulkner here – he was a small man, so small that when he sat in a chair his feet didn’t touch the floor. I was reminded of Babel, discussing Tolstoy, said he weighed only 3½ poods [a Russian unit of measuring weight] but then Babel reflected, it was 3½ poods of pure literature.”

Meet the New Cavalier on Horseback: She’s Eager To ‘Carry On a Legacy’ END_OF_DOCUMENT_TOKEN_TO_BE_REPLACED

Monkeypox Is Spreading, But University’s Risk Believed To Be Low END_OF_DOCUMENT_TOKEN_TO_BE_REPLACED

Virginia Football – For All Virginia END_OF_DOCUMENT_TOKEN_TO_BE_REPLACED