The Mechanics of Hypertension: How Does Stress Contribute to Stiff Arteries? 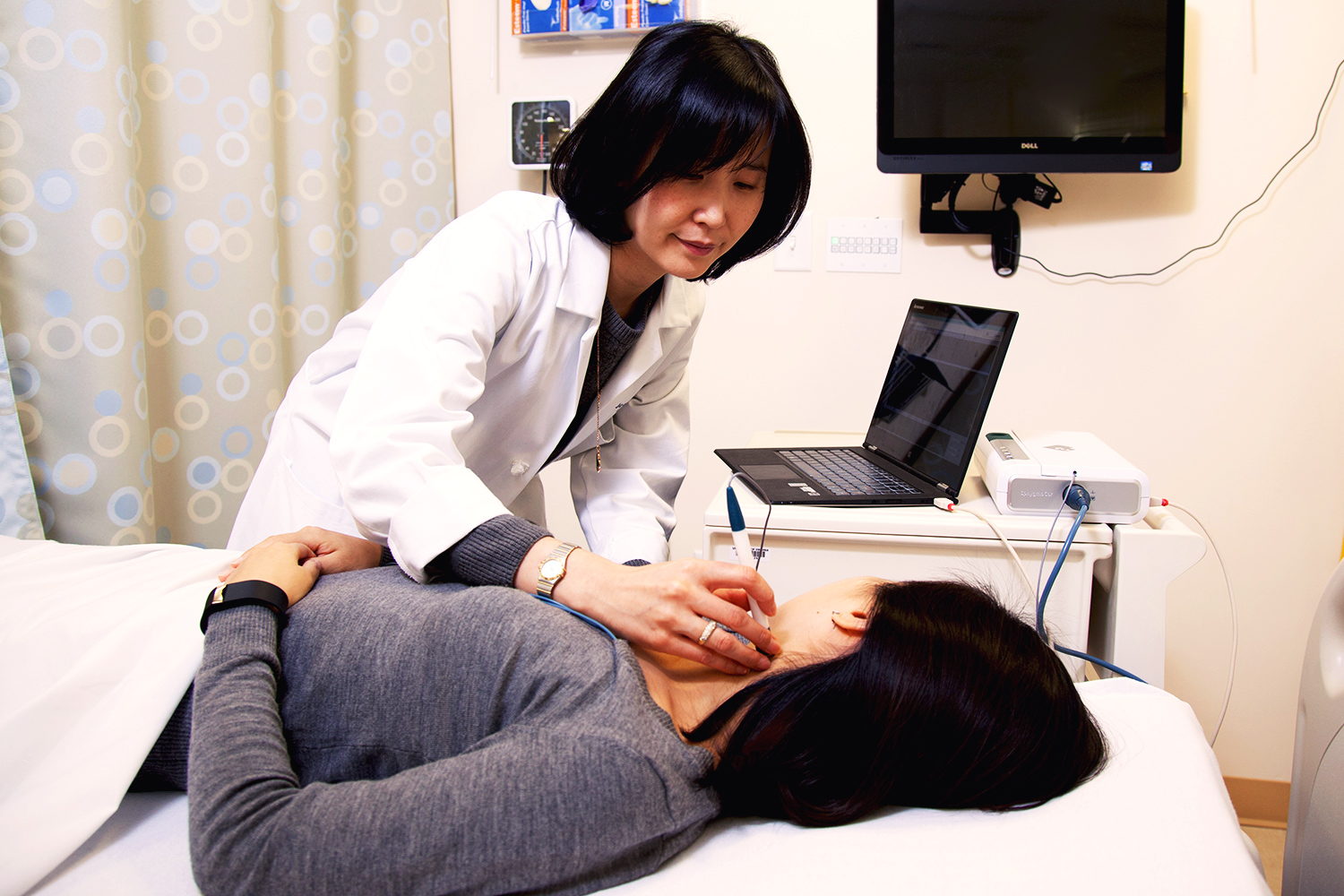 UVA nursing professor Jeongok Logan aims to measure how much the stiffening in one’s arteries might start in one’s head.

When contemplating the mechanics of blood flow through stiff arteries, consider the flooring metaphor.

When a rubber ball is dropped on a hardwood floor, it bounces back quickly – unlike when it’s bounced on a soft surface like carpet, which absorbs much of the bounce. In the same way, blood flows faster when it moves along stiff arteries – a circumstance that, while on the surface sounds like it might be efficient for circulation, is actually a negative consequence for organs like the heart and kidneys, which become bombarded by the overwhelming rush and pressure of blood.

But what, besides age, causes the arteries to stiffen in the first place? And are there lifestyle changes that might ease their rigidity, thereby lowering the risk of high blood pressure and the cascade of ill effects that advance cardiovascular disease?

“Everyone’s arteries become stiffer as they age,” University of Virginia nursing professor Jeongok Logan said. “For a long time, we thought arterial stiffness was the result of hypertension, and not, as we know now, one of its causes. During my doctoral program, I began to wonder about the actual process of stiffening, and how psychological stress might be related.”

The physical stiffening of the large arteries – common with aging, correlated with hypertension, diabetes and dyslipidemia (the elevated presences of lipids in the blood) – is often recognized as a precursor to cardiovascular diseases such as stroke, heart failure and coronary artery disease, which are leading causes of death around the world. If the biological mechanisms underlying that stiffening are better understood, Logan reasoned, then lifestyle and drug interventions might follow suit.

With a $441,000 National Institute for Nursing Research grant, Logan plans to measure arterial stiffness by assessing the blood profiles of 80 women ages 30 to 55. Subjects will be asked to complete a task meant to cause anxiety – in this case, making a public speech – and will have their pulse wave velocity measured both before and after the stressor. Additionally, subjects’ blood profiles will also be assessed for the presence of certain proteins both before and after the stressor.

One’s pulse wave velocity – a measure of how stiff one’s arteries are – becomes higher when arteries are stiffer. The measure is a far more sensitive measure of blood pressure than the familiar cuff.

Logan’s hypothesis is that, under stress, the sympathetic nervous system’s ascent – the “fight or flight” mechanism – coupled with the dramatic, simultaneous drop in the parasympathetic system – the “feed and breed” mechanism – causes a cascade of biological events within the nervous system that directly contribute to arterial stiffness.

Logan, who is concurrently conducting a smaller-scale study of the immediate effect gentle stretching has on arterial stiffness, believes that the results of her three-year study will bring a better understanding of how psychological stress contributes to cardiovascular disease. With her results, she hopes to further understanding of the science of stress, and introduce simple, straightforward, but meaningful interventions that could potentially keep arteries more pliant, staving off or mitigating the effects of cardiovascular disease.