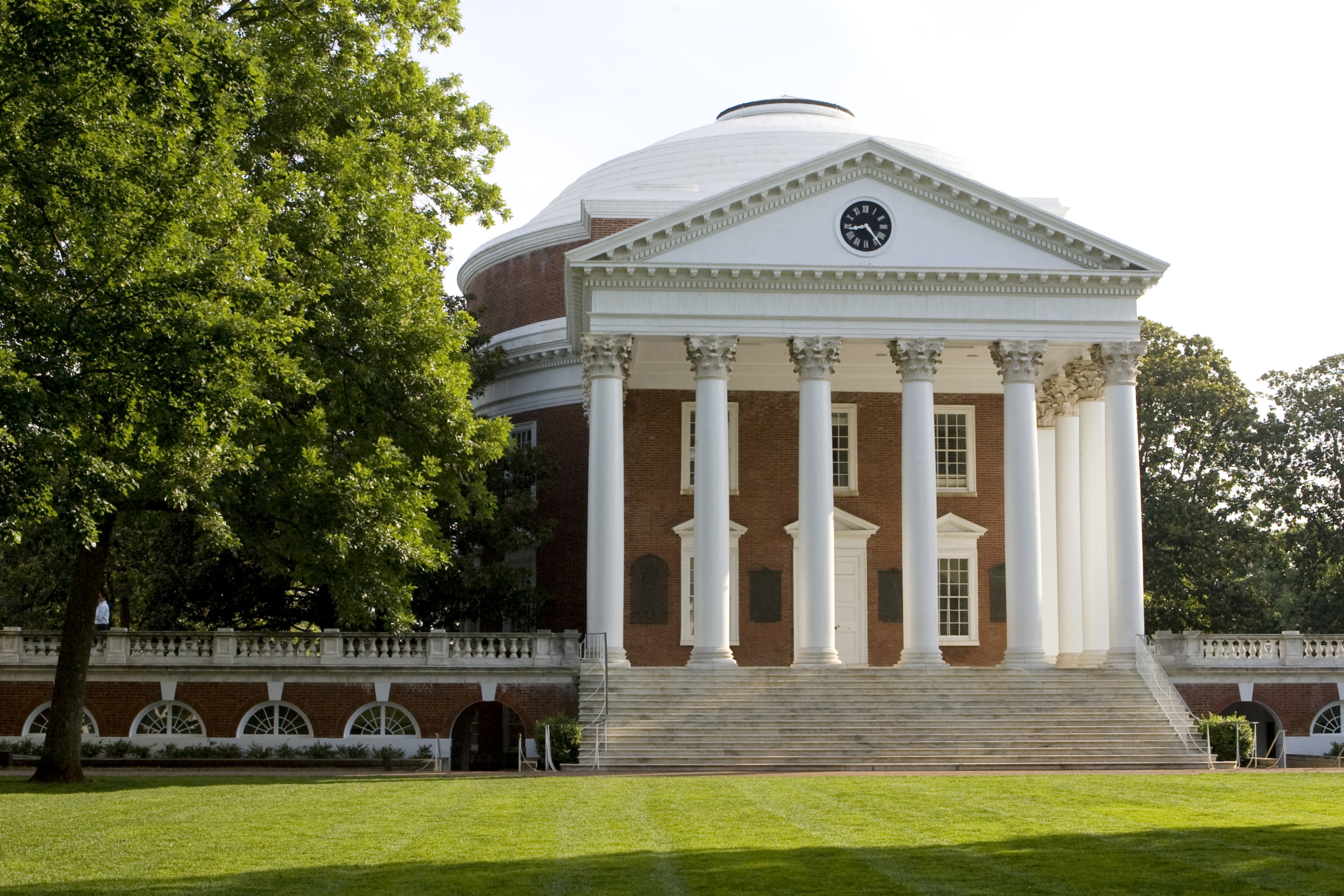 May 22, 2012 — The University of Virginia Board of Visitors Finance Committee today approved a $2.6 billion operating budget for fiscal year 2012-13, covering the Academic Division, U.Va. Medical Center and the College at Wise.

The budget will grow 4.2 percent compared with the current fiscal year, attributable almost solely to projected growth in the Medical Center's inpatient and outpatient activity. Overall, patient revenues provide the largest source of University revenues. Some 45 percent of the overall operating budget, or $1.21 billion, is revenue from patient care.

Employment for all three divisions is projected to be equivalent to 15,918 full-time positions. This increase of 288 positions, or less than 2 percent, is again driven primarily by growth at the Medical Center to provide care for increasing numbers of patients.

The budget will take effect July 1, the start of U.Va.'s next fiscal year.

The 2012-13 fiscal year budget for the Academic Division totals $1.36 billion, a 0.3 percent increase from the current fiscal year. University leaders focused the budget development process on faculty hiring and compensation and academic innovation through cross-disciplinary initiatives.

Faculty hiring and compensation are critical, as the University will make investments to expand the faculty to account for planned increases in enrollment (1,673 students between fall 2010 and fall 2018), as well as to recruit top new talent as significant numbers of faculty retire during the next five to 10 years.

Last year's merit-based pay initiative allowed some progress on making faculty salaries more competitive with peers. The new budget includes partial funding for a 3 percent bonus to be paid in December to qualified faculty and staff of the Academic Division, consistent with the budget approved by the 2012 General Assembly and awaiting Gov. Robert F. McDonnell's final approval. The bonus is contingent upon state revenue collections exceeding the official forecast this fiscal year.

The University of Virginia recognizes that people are its biggest investment, responsible for delivering excellence in teaching, research and patient care. One area where the University has been able to make significant lasting progress is for its lowest-paid employees. Last year, the University increased its minimum hiring rate by 5 percent and provided an average 8.7 percent increase to the lowest-paid employees at a time when the Consumer Price Index (CPI-U) increased only 3.2 percent.

This year, the University’s budget again includes funds targeted at salary increases for the lowest-paid employees. This includes increasing the minimum hiring rate by 6.1 percent – from $10.65 an hour to $11.30 – compared with a CPI-U increase of only 1.5 percent so far this calendar year.

Targeted funds will also be used to reward those making progress through their career paths. In this way, the University will continue to balance the competing goals of providing entry-level job opportunity while remaining an employer that attracts the best talent with strong and competitive compensation.

Academic innovation through interdisciplinary collaborations is a second strategic priority demonstrated by schools in this year's plan. Examples are the Quantitative Collaborative in the College of Arts & Sciences (broad quantitative developments across the social sciences, digital humanities, mathematics and statistics); sustainability (multiple interests across the College and schools); and contemplative sciences (mind-body interactions explored through humanities, social sciences and medicine). Others that are in various stages of development include design, entrepreneurship, leadership and various aspects of globalization.

The budget continues the University's commitment to the Virginia Higher Education Opportunity Act of 2011, which committed the Commonwealth and the University to goals for degree attainment, economic opportunity and affordable access. The Academic Division received just short of $4 million in incremental general fund revenues during the 2012 General Assembly session, more than offset by the $7.2 million in increased costs from the Virginia Retirement System, elimination of state support for faculty funded through the Eminent Scholars program and the University's additional cost to fund the authorized bonus. With limited incremental revenues to invest, all areas of the University were asked to document reallocation of existing resources toward priorities.

Meeting the goals for affordable access and degree attainment requires holding down the net cost of a college degree for families while ensuring sufficient net resources after financial aid to support high-quality teaching, research and student life. Tuition and fees net of financial aid are the largest revenue sources supporting the work of faculty, students and staff in the Academic Division operating budget, generating $444.7 million, or 32.4 percent of the total. This share has increased over the past decades to partially offset the declines in state appropriations.

In April, the Board of Visitors approved a 3.7 percent increase in in-state tuition and mandatory fees for the coming academic year, the lowest increase in a decade. For 2012-13, funding for AccessUVa, the University's financial aid program, is projected to exceed $95.4 million. U.Va. expects to continue to meet the full need of students who qualify for financial aid in the coming academic year.

The board and senior leadership of the University are engaged in a strategic exercise to examine and benchmark tuition-setting and the financial aid program. This effort furthers the commitments of the Virginia Higher Education Opportunity Act as they relate to attracting, retaining and graduating increasing numbers of the best students in Virginia to fuel the state's economy.

Members of the board applauded the implementation of the new financial model, highlighting the importance of setting priorities for how the University spends increasingly limited funding. Rector Helen Dragas noted that constraints in state and research funding, continued pressure on keeping tuition increases in check, and increasing expenses are what the future holds.

"Something has to give, right?" she asked.

Vice Rector Mark Kington and other members said the future will require difficult choices about how the University sets its priorities. "We have to rethink the scope of our operations," he said, adding that U.Va. "can't do everything."

Other major revenue components of the 2012-13 operating budget include:

The Medical Center operating budget for the 2012-13 fiscal year is $1.2 billion – up by $99 million, or 9 percent, compared with the current fiscal year, reflecting strong demand for patient care by U.Va. physicians and medical professionals.

The budget projects modest contraction in the operating margin to 4.7 percent, or $58.6 million, as all health care entities face greater uncertainty over the financial impact of federal health-care reforms; reduction in federal funding for graduate-level education; increased regional competition; and decreases in Medicaid reimbursements.

The Medical Center budget includes a 3 percent salary increase pool, two-thirds of it targeted for performance-based merit increases to be awarded in October and one-third to address market adjustments, given the continued competitive market for attracting and retaining health care professionals.

The Medical Center budget is the first since the recent approval of the new strategic plan for the Health System, which includes the schools of Medicine and Nursing in the Academic Division. The budget includes investments to advance the quality of and access to care, as well as in key areas of strength such as cancer care, neurology and cardiology.

The budget also includes $20 million in a strategic investment pool to fund future proposals that would best advance the center's strategies and goals. R. Edward Howell, vice president and CEO of the Medical Center, noted these investments illustrate the ways the new strategic plan is shaping the allocation of resources across the Health System to support and integrate the research and teaching priorities of the schools with the care provided to patients in Charlottesville and across the Commonwealth.

Compared with the Academic Division, the College at Wise will see a much greater portion of its operating budget come from state funds – 41 percent of the total. That represents an increase from 39.5 percent in the 2011-12 fiscal year.

The College at Wise budget also includes a 3 percent bonus to be paid in December to qualified faculty and staff, consistent with the budget approved by the 2012 General Assembly and awaiting McDonnell's final approval. The bonus is contingent upon state revenue collections exceeding the official forecast this fiscal year.

A Year We Will Never Forget: 2019-20 in Review END_OF_DOCUMENT_TOKEN_TO_BE_REPLACED

‘What Will You Carry With You?’ Remarks From UVA President Jim Ryan END_OF_DOCUMENT_TOKEN_TO_BE_REPLACED