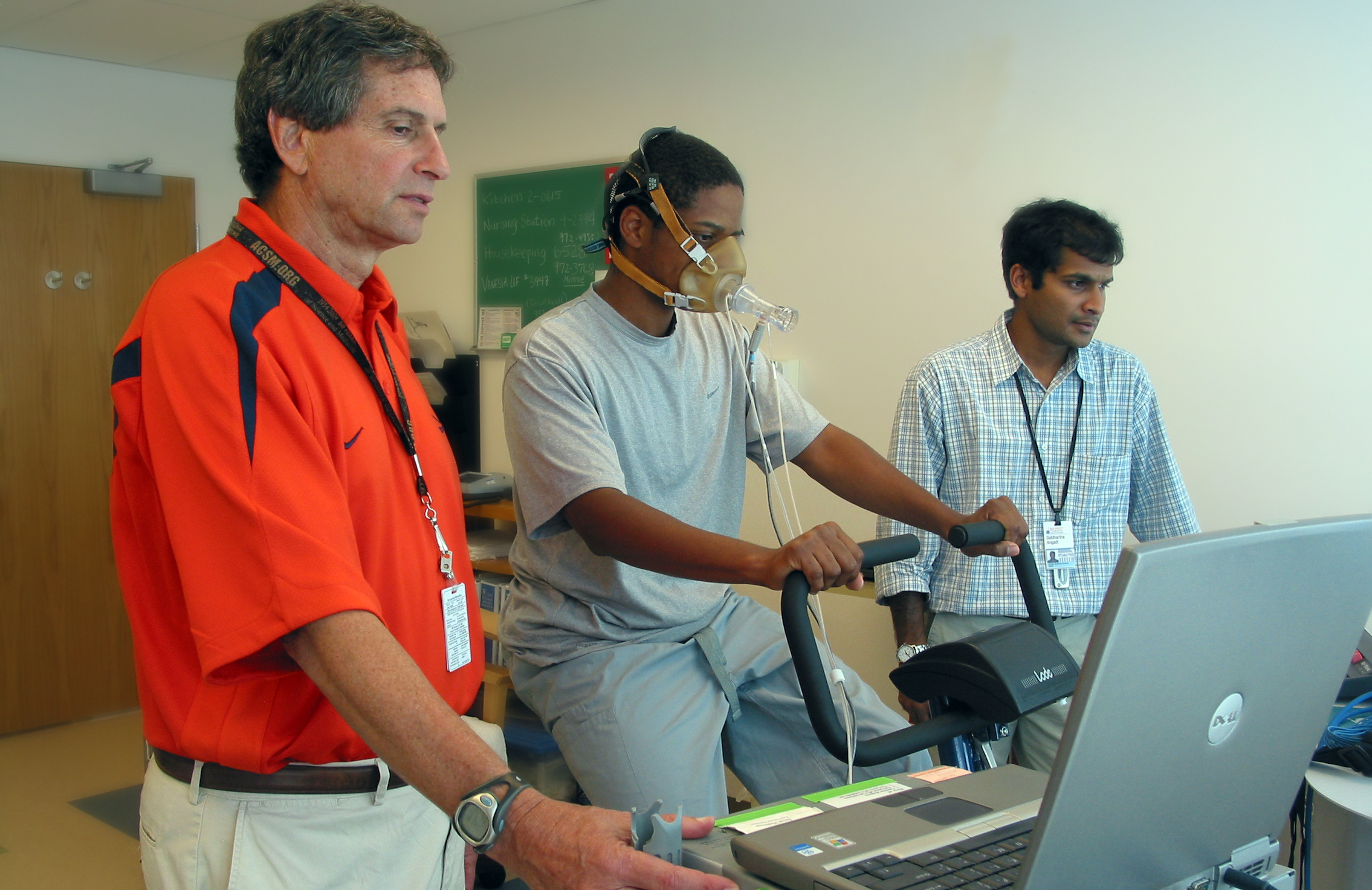 The Curry School of Education at the University of Virginia is elevating its kinesiology program to department status.

The expansion of U.Va.’s kinesiology program – the Ph.D. component of which is ranked ninth nationally, and the undergraduate component of which has the school’s most competitive admissions process – is the result of societal needs and student demand, U.Va. education professor Arthur “Art” L. Weltman said. According to the American Kinesiology Association, kinesiology is one of the fastest-growing majors across the country, with enrollment rising more than 50 percent between 2003 and 2008.

The academic discipline is growing in large part due the recognition that inactivity represents a major societal concern that expands the entire lifecycle, according Weltman, who will chair the new department.

“An emerging body of research indicates that sedentary behavior is associated with reduced quality of life and impaired health, including increased risk of obesity, diabetes, cardiovascular disease, certain forms of cancer, depression and cognitive impairment, and the increased risk of falls and other injuries, just to name a few,” Weltman said.

There is a growing need to invest in innovative programs to increase physical activity in children and adolescents, including within the school setting, to combat the national epidemic of childhood inactivity and obesity, Weltman said.

Kinesiology’s reach does not stop at when school’s out. “At the other end of the lifespan, exciting new research points to the key role that physical activity can play in maintaining an independent lifestyle and both physical and cognitive function of older adults,” Weltman said. “There is also a critical need to study and develop best practices in the prevention and treatment of injuries and relate this to improved athletic performance, quality of life and likelihood for maintaining independent living.”

Since 2011, when the Curry School’s kinesiology major expanded from a two-year program for current University students to a four-year major to which high school students apply directly, admission to the kinesiology program has become the most competitive at U.Va., with applications totaling nearly 1,000 in just two years.

Currently the department has 266 students, 195 of whom are undergraduates.

Kinesiology –– one of the so-called “STEM-H” disciplines (science, technology, engineering, mathematics and health) – is the study of physical activity and its impact on health, society and quality of life, according to the American Kinesiology Association. U.Va.’s kinesiology department reflects this wide scope by offering undergraduate and graduate programs in areas ranging from exercise physiology, sports medicine, adapted physical education, athletic training, pedagogy and health and physical education.

Curry Dean Robert C. Pianta said elevating kinesiology to departmental status “enables the faculty to more deeply refine the curriculum and tailor it to students’ needs and to the directions of the profession.

“Departmental status will also enable faculty to more fluidly engage in the kind of cross-unit, interdisciplinary research that further advances the aims of the school and University,” he said. “One great example of this is the fall conference held Oct. 10-11 on Physical Health & Well-being in Youth, sponsored by Youth-Nex, in which the kinesiology faculty played a very prominent role, and which also engaged faculty from across Grounds.”

Weltman said his immediate goal is to review and further enhance the undergraduate and graduate programs in kinesiology.

“This will involve mapping the curriculum and research in each area to ensure that we are providing the highest level of instruction, advising, scholarship and service,” he said. “As part of this process, the Department of Kinesiology will undertake both an internal and external review to help us identify the resources needed to maintain our stature as one of the top kinesiology programs in the country.”

A Leader in the Field

The Curry School’s kinesiology program has been a leader in its field for decades. In its latest rankings, the National Academy of Kinesiology ranked U.Va.’s kinesiology Ph.D. program ninth-best in the nation.

Curry’s kinesiology alumni are among the leaders in research and practice of a variety of disciplines. Kevin Guskiewicz, a 1995 graduate of the Ph.D. program, was named a 2011 MacArthur Fellow for his work in raising awareness about the prevalence and dangers of sports-related brain injuries.

For more than 40 years, Curry’s annual Art & Science of Sports Medicine conference has convened the leading scholars and practitioners in sports medicine.

The undergraduate program provides students with a thorough scientific base in areas related to biomechanics, exercise physiology and neuromuscular control of human movement.

The majority of kinesiology undergraduate students go on to graduate programs in one of two areas. The first area, medical and rehabilitation sciences, include programs like physical therapy, medical school, physician assistant programs, athletic training, occupational therapy and nutrition programs. The second area, known broadly as kinesiology, includes exercise physiology or kinesiology for individuals with disabilities. A smaller number of students prepare as physical education teachers and go on to become teachers of exercise, motor development and sports skills in school systems.

“Art Weltman will be a great chair for this new department,” Pianta said. “He is held in high regard by the kinesiology faculty, has deep and broad experiences across the University and is recognized as a leader in his discipline nationally and internationally. Art will collaborate with kinesiology and Curry colleagues to establish a standard of excellence in this new department that I expect will be foundational to its future success.”

What’s Next for UVA’s Class of 2022? END_OF_DOCUMENT_TOKEN_TO_BE_REPLACED