In Memoriam: Attorney John Lowe, Alumnus and Champion of Coeducation at UVA 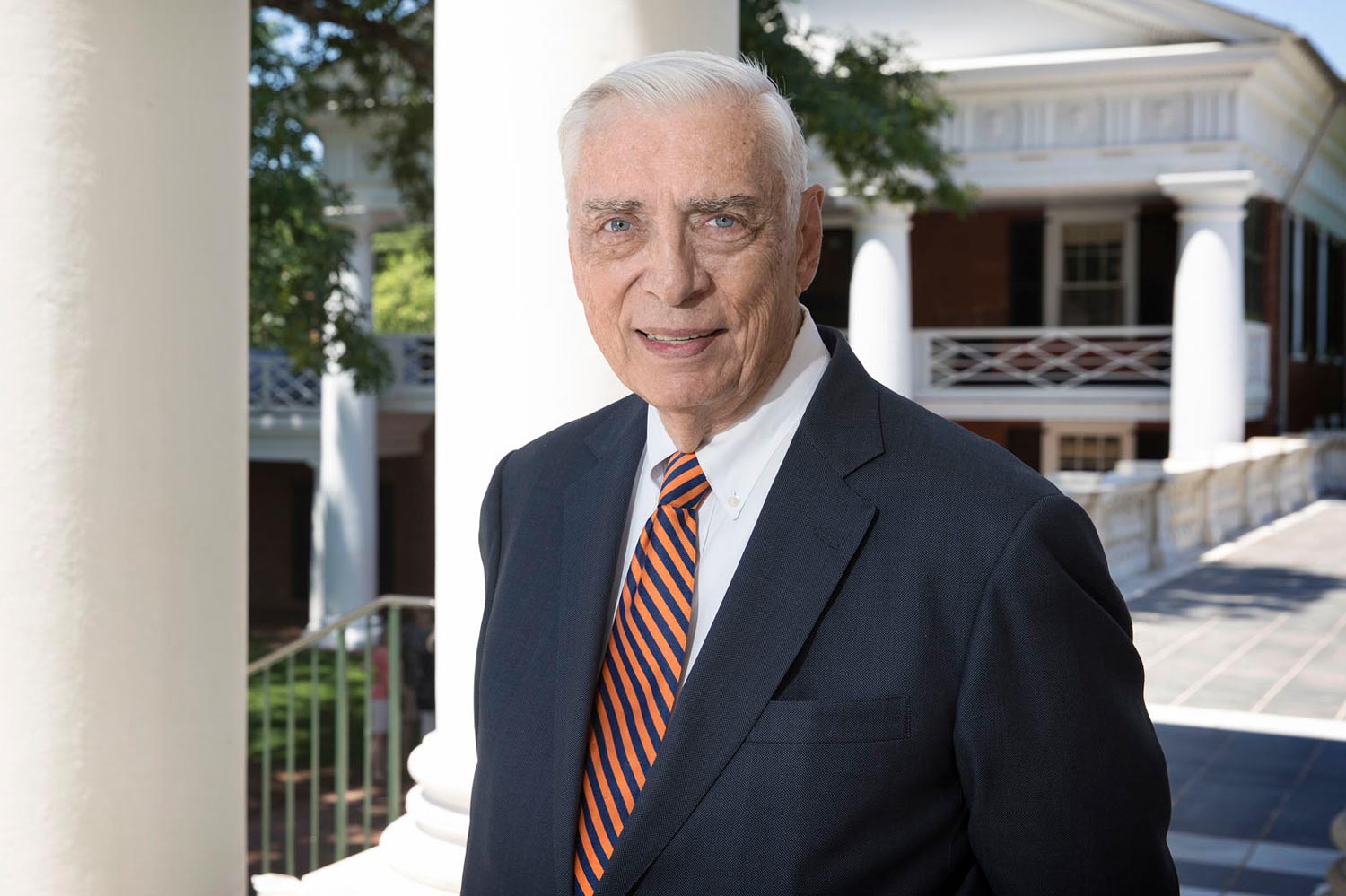 Lowe, an esteemed criminal and civil liberties attorney, was still practicing law and lived in Bethesda, Maryland, for the last several years.

A 1967 graduate of the School of Law, Lowe achieved a long and influential list of legal victories during his storied career, not the least of which was attaining full coeducation at UVA.

He took that case to court in 1969 on behalf of high school student Virginia Scott and three other young women. It was just two years after earning his law degree.

This summer, Lowe reflected on that case in a story with UVA Today. Once he learned Scott was prohibited from applying to UVA because she was a woman, he decided to file suit against his “beloved University.” The case ended in victory for Lowe and his clients after UVA representation decided they could not win the case. The following year, in 1970, 450 women entered the College of Arts & Sciences.

Scott said she was deeply saddened to hear of Lowe’s passing. “John changed and enhanced my life and the lives of many other women by making it possible for women to attend the University of Virginia as undergraduates,” she said. “He will be greatly missed. But he will continue to be an inspiration to us all as we remember his many dedicated crusades for justice with his cases, his brilliance, his delightful humor and his empathy for clients, colleagues and friends.”

Suing UVA to force coeducation was not the only big case of Lowe’s career. He argued and won the landmark Supreme Court case Bigelow v. Virginia, which established First Amendment protection for advertising. He convinced the very conservative Supreme Court of Virginia to strike down the Virginia Riot Act on First Amendment grounds. He was counsel for one of two Native Americans who were charged with murdering two FBI agents on the Pine Ridge Indian Reservation in South Dakota. (The jury acquitted both defendants.) He was the successful lead counsel in a five-month-long court martial proceeding at Camp Lejeune, North Carolina – essentially a jury trial with Marine Corps officers as jurors – for the last POW to return from captivity in North Vietnam.

He also represented clients in personal injury and medical malpractice cases and at one time held the record for one of the highest personal injury verdicts in Richmond, Virginia.

After having his own private practice in Charlottesville, Lowe joined the intellectual property law firm of Finnegan, Henderson, Farabow, Garrett & Dunner in Washington, D.C. in 1992, where he was a partner trying major patent infringement jury trials until he retired as a partner in 2003, in order to return to a general law practice.

“John Lowe helped lead the courageous march to bring coeducation to the University of Virginia,” UVA President Teresa A. Sullivan said. “He helped open UVA’s doors to people of all backgrounds, and in the process helped create the diverse University community that all of us treasure today.”

A.E. Dick Howard, a UVA law professor and Supreme Court and constitutional scholar, taught Lowe in the 1960s. “I don’t pretend, by any means, to remember all my former students,” he said. “But I do remember John Lowe. Even in his student days, he saw the law as a means of promoting the common good.

“Embarked on private practice, John quickly fulfilled that early promise. He took on cases, often pro bono, simply because a good cause was at stake,” he said.

Howard, who headed the commission that rewrote Virginia’s constitution in 1971, called Lowe a “pioneer in the movement for equal rights for women.”

Howard said Lowe had the qualities one hopes for in the Law School’s graduates. “Dedicated, engaged, hardworking, he had a passion for justice, an eye for wrongs that ought to be righted and a hope that he might help nudge us to a better future.

“It would be hard to find an alumnus who loved the University more than John did,” he added. “Indeed, his successful effort to bring about coeducation should be remembered, not as adversarial, but precisely because he so cherished his alma mater and wanted to see it achieve its highest destiny.”

Before enrolling at the Law School, Lowe earned a degree in chemistry at Lehigh University and spent seven years in the U.S. Army, leaving the service as a captain.

“He almost immediately put his chemistry degree into practice, being one of the few lawyers around who was willing to tackle chemical defenses for drug cases,” Snook said.

“Though in many ways a conservative Republican, he believed strongly in fighting for the little guys,” he recalled. “One recent case he was working on typified the complexity of the man – he was representing a young girl on a medical malpractice case, when the family got evicted from their apartment by a landlord who was being a jerk.

“Without any fee, he jumped in to represent the family and to have the suit for back rent thrown out,” Snook said. Then the mother was arrested and was scheduled for deportation as an undocumented person. “John, again without any fee, and without being an immigration lawyer himself, got her released.

“John was a wonderful lawyer, and a good friend,” he said.

UVA law professor Richard Bonnie said in the 1960s and ’70s, there was “a lot of room for cause lawyering, representing unrepresented or dissenting people” and that Lowe “was clearly recognized in this small town as a person to see if there was a need for such representation.”

“His representation of students on the coeducation issue was basically a more mainstream version of a lot of other things that he was doing to represent minority causes or dissenters,” Bonnie said.

After Virginia reinstated the death penalty in the mid-1970s, Bonnie, a young UVA law faculty member at the time, worked with Lowe on behalf of affected prisoners.

“For a variety of happenstance reasons, I ended up representing the first people, the first prisoners on death row, in connection with their appeals,” Bonnie said. “So I naturally, immediately approached John, because obviously I was not a litigator and I obviously needed to associate myself with someone who was.”

He said Lowe was “larger than life in both stature and personality, and the causes he set out to serve.”

Lowe’s next of kin are a brother, Judge David “Jerry” Lowe, and his wife, Beverly; son Christian Lowe; daughter-in-law Catherine; and grandchildren Elizabeth and Carter Lowe.

Catherine Lowe said her father-in-law “loved UVA, and the bicentennial celebrations were such a nice bookend to John’s life.”

“He would be heading to Charlottesville this weekend for the Homecoming football game I’m sure,” she said. “He was a long-time season ticketholder – sitting in the same seats since the late 1970s.”

“Dad was a giant of a man – literally and figuratively – who always took the hardest cases and did what he loved up until the day he died,” Christian Lowe said. “If I could be only half the mentor, father and advocate he was, I’d be truly blessed.”

In a final tribute to his “beloved” University, Lowe attended the Oct. 6 ceremony marking the 200th anniversary of the laying of the University’s cornerstone that served as the official launch of UVA’s bicentennial celebrations.

Funeral services will be held Oct. 28 at 11 a.m. at St. Francis Episcopal Church in Great Falls.

Fall Is in the Air on Grounds END_OF_DOCUMENT_TOKEN_TO_BE_REPLACED