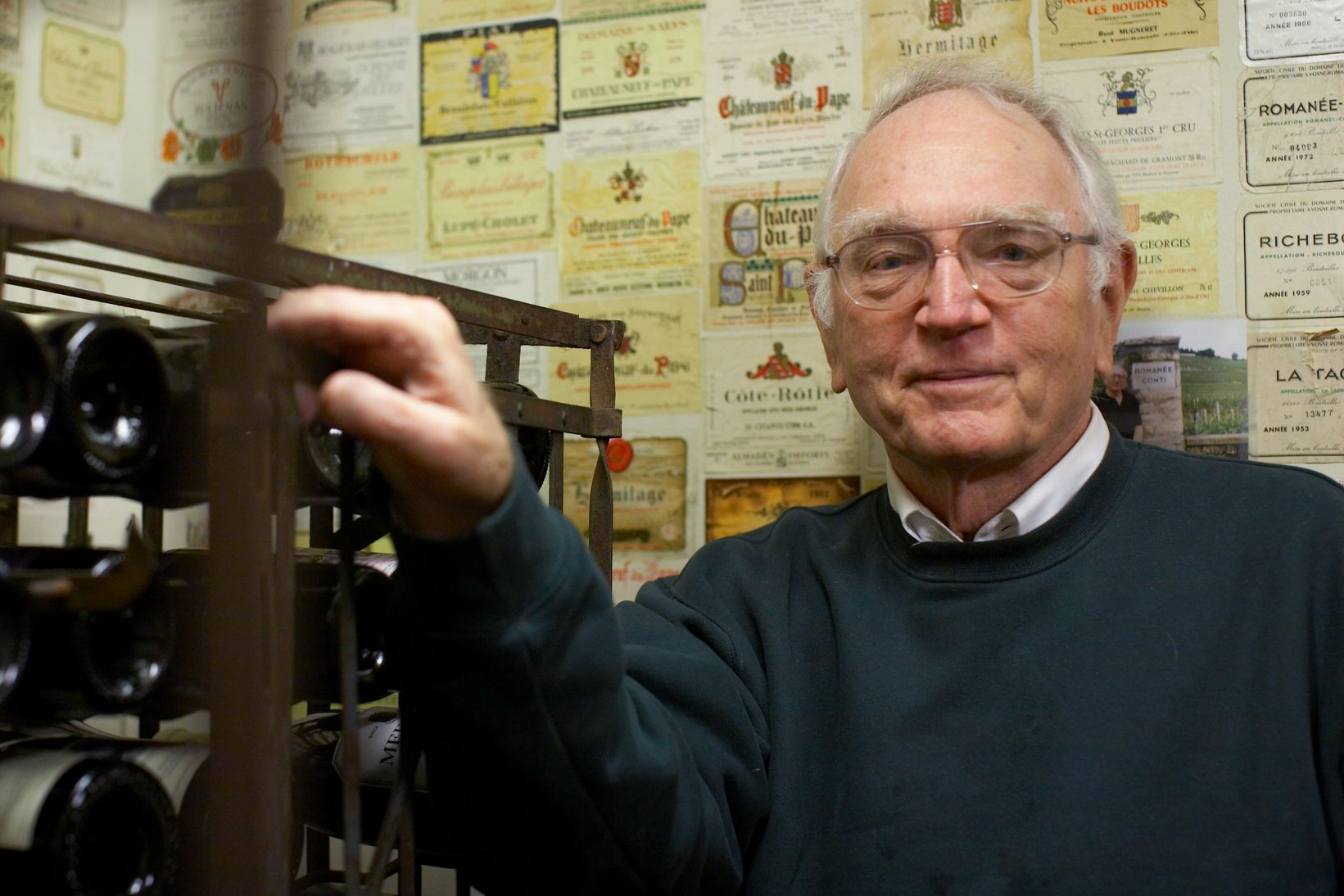 Paul M. Gaston, a professor emeritus who died June 14 at the age of 91, often spoke and wrote about the University of Virginia’s early days of segregation and desegregation – because he was someone who had been there. A Southern white man from Alabama, he became a historian of the American South and an activist in the local civil rights movement in Charlottesville.

Gaston came to UVA’s Corcoran Department of History in 1957 and taught generations of students for 40 years. He was instrumental in the forming of the Carter G. Woodson Institute of African-American and African Studies and getting civil rights leader Julian Bond to join the faculty.

Back in 1962, Gaston served as faculty adviser to a liberal, interracial student group, the Human Relations Council. He helped bring Rev. Martin Luther King Jr. to speak at the University in 1963. He participated in protests to integrate a local movie theater and restaurant, getting beaten and arrested in the process. 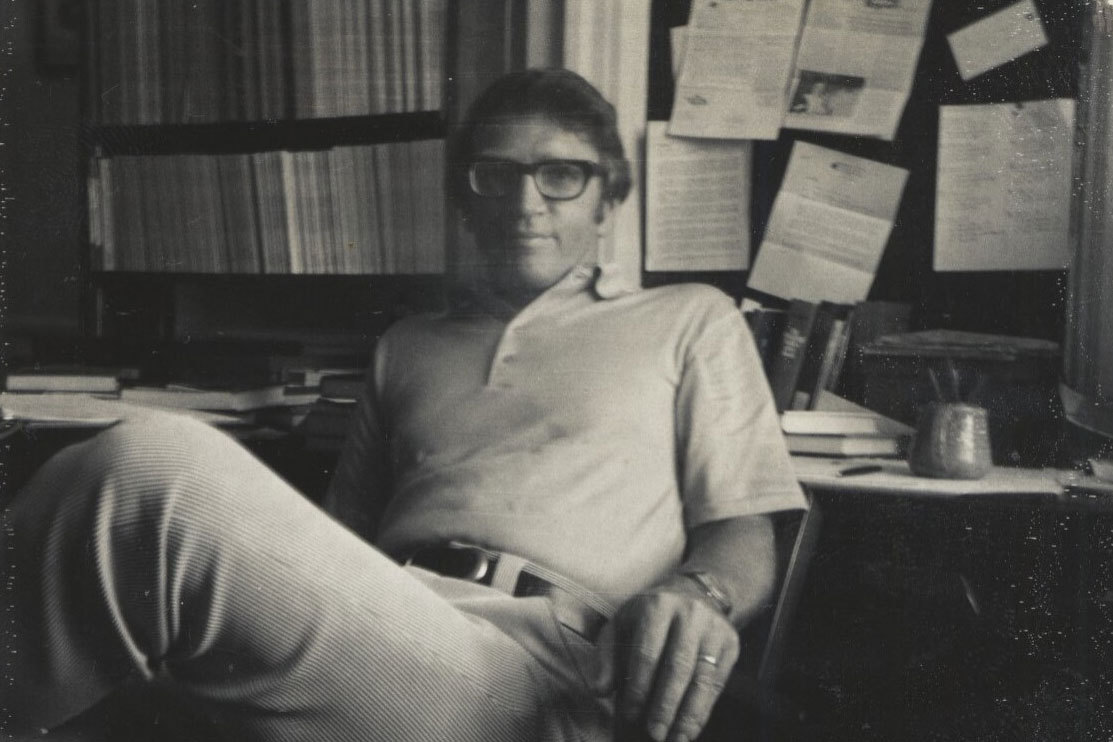 Gaston joined the history department in 1957 when UVA was still primarily all male, and only 22 African American students were enrolled in graduate and professional schools. (Photo courtesy of the University of Virginia Visual History Collection)

After he retired in 1997, Gaston continued writing essays about that history in which he had participated. Often praised and awarded for his involvement and courage in civil rights activities, he was quick to credit others, including students, black and white.

“Paul Gaston was one of the Corcoran Department of History’s earliest scholar-activists,” Karen Parshall, Commonwealth Professor of History and Mathematics who chairs the department, said. “A historian of Southern history, he played a vital role in the desegregation of Charlottesville and the University during the civil rights movement.”

Edward L. Ayers, Tucker-Boatwright Professor of the Humanities and president emeritus of the University of Richmond, remembered Gaston when Ayers began his academic career at UVA in 1980. Ayers became an innovator in digital humanities and served as dean of the College and Graduate School of Arts & Sciences on Grounds from 2001 to 2007.

“Paul Gaston was a legend when I arrived at UVA in 1980,” Ayers wrote in an email. “Bearing his own Southern identity with pride and grace, Paul had played an important role in Charlottesville’s civil rights movement and had helped thousands of students see the history of the South in a new and more honest light.

“We worked together for more than a decade and I learned a great deal from Paul, not only about history but also about ways to make that history matter,” Ayers wrote.

In 2017, one of Gaston’s advisees, Robert Jeff Norrell, edited “Historians in Service of a Better South: Essays in Honor of Paul Gaston” with an essay by Ayers and another by the late Raymond Gavins, first African American to earn a Ph.D. in history at UVA, in 1970.

Another former graduate student under Gaston’s guidance, Andrew Lewis, said, “His influence on the University was profound. He used to say – and I’m paraphrasing a little here – that he came to UVA to hold up the mirror of Southern history to the then all-male and mostly Southern student body and expose them to the myths and half-truths the region perpetuated about itself. And while he didn’t win over everyone, he definitely changed many minds.”

Lewis, who became a historian of the South as well, commented on how Gaston and his wife, Mary (who died in 2013), opened their home to graduate students, held his grad classes there and hosted many other events.

John Edwin Mason, UVA associate professor of history, had a similar experience with the Gastons. He said they were like another set of parents to him and particularly welcoming when he came to UVA.

Waking to the sad news that the historian Paul Gaston has died. A professor emeritus at @UVA_History & a great teacher, scholar, & mentor. Importantly he was a courageous civil rights activist at a time when white allies were few & far between in Charlottesville. #twitterstorians

“In his scholarship and in his personal engagement with the University as a community of imperfect people building on an imperfect but essential and grand foundation, Paul Gaston spoke to the American South and to the University with the voice of conscience,” Casteen wrote. “In his scholarship and in his life, Paul was principled and always candid about individual obligations, his own and all others. He believed in the literal essentiality of America’s foundational principles. The Bill of Rights, the 14th Amendment, President Lincoln’s and Dr. King’s ringing assertions of our common commitments: Paul committed himself to live these, and he taught us around him to strive to do the same.”

In his 2009 memoir, “Coming of Age in Utopia: The Odyssey of an Idea,” Gaston recounted his experiences living and working in Virginia and his unusual upbringing in Fairhope Colony on Mobile Bay, Alabama, what would be called an intentional community these days. Founded by his grandfather, E.B. Gaston, and later led by his father, Fairhope Colony was a concerted attempt “to establish a model community that would be a practical demonstration of how the right kinds of public policies and private commitments could foster a just society,” Gaston wrote.

Among the back cover blurbs, the late Julian Bond described Gaston’s memoir: “From a utopia to a university, from growing up to growing wise, from an idea to an ideal – Paul Gaston’s compelling memoir of promoting racial justice in the South.”

Gaston wrote several books about Fairhope and its decline, as well as about “the New South” and struggles to confront the moral issues of racial inequality. Whenever he heard or saw civil rights gained become threatened, he spoke up. For example, near the close of the 20th century, he wrote about his dismay in seeing King’s words misappropriated by those attacking affirmative action, describing how well it worked at the University.

His 1970 book, “The New South Creed: A Study in Southern Mythmaking,” was republished in 2002 with a new introduction by his former student Norrell, who wrote that Gaston’s work “has stood the test of time as a historical interpretation.”

The City of Charlottesville presented him with its Bridge Builders Award in 2005. The Charlottesville-Albemarle NAACP gave him its Legendary Civil Rights Activist Award in 2008; Virginia Foundation for the Humanities recognized his education efforts with the Brown v. Board of Education Recognition Award in 2004; and the State Council of Higher Education for Virginia selected him for the statewide Outstanding Faculty Award in 1994.

After graduating from Swarthmore College, where he met his wife, Gaston earned his master’s and Ph.D. from the University of North Carolina-Chapel Hill.

He is survived by his children Blaise, Chinta and Gareth and granddaughters Eliza and Mira.

A memorial service is being planned.

The Bigger Picture: Starry Night in the Rotunda END_OF_DOCUMENT_TOKEN_TO_BE_REPLACED