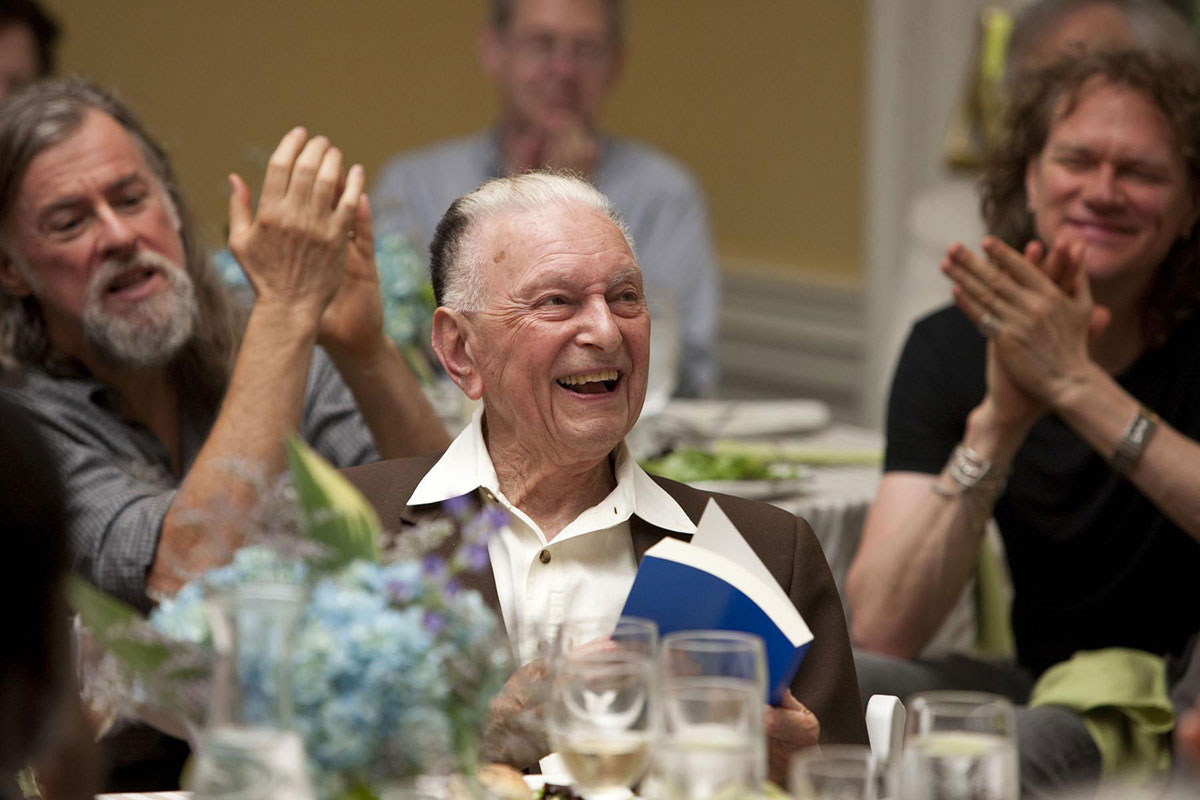 Ralph Cohen was honored in 2010 for founding and editing New Literary History for 40 years.

Cohen joined the UVA faculty in 1967 and retired 42 years later as William R. Kenan Jr. Professor Emeritus of English. He founded New Literary History in 1969 as a new type of academic journal devoted to the role of theory in exploring literary and cultural questions.

UVA President Emeritus and University Professor John T. Casteen III, a colleague of Cohen’s in the English department, noted that the journal “has served a dual purpose: it has been both the touchstone for the community of scholars of literature within this one university and a global forum for wide-ranging scholarly discussion and debate among writers and critics in every place and of every persuasion.”

The current New Literary History editor, Rita Felski, who now holds the William R. Kenan Jr. Professorship, took the helm from Cohen in 2009. He “transformed the field of literary studies, thanks to New Literary History, whose extraordinary impact resonated around the globe,” she said.

“It was followed by many other journals of a similar kind,” she said. “It has a huge international reputation and put UVA on the map in many ways.”

W.J.T. Mitchell, the editor of one of those other journals, Critical Inquiry, called Cohen “the father of criticism and theory in our time.”

Through translations into English, often for the first time, the journal introduced numerous thinkers from France, Eastern Europe, China and elsewhere to an Anglo-American academic audience. In turn, New Literary History became the first English-language literary journal to be translated into Chinese.

Specializing in 18th-century British literature and philosophy – though his intellectual reach ranged well beyond British literary studies – Cohen developed an original theory of genre that connected literary theory with analysis of historical change across the disciplines. He published six books and more than 100 essays.

In keeping with his scholarly interests, he created the Commonwealth Center for Literary and Cultural Change, which operated from 1988 to 1995. This interdisciplinary research center, Cohen wrote, “had as its primary aim the study of change and continuity in individuals and institutions in the arts, humanities, sciences, and social sciences.”

During the same time period, Cohen served as the first chair of the international Consortium of Humanities Centers and Institutes.

A fellow of both the American Academy of Arts and Sciences (since 1984) and the British Academy (since 1987), Cohen received numerous fellowships and scholarly awards and was visiting professor at universities across the United States and around the world.

For more than 60 years, he was a professor of English and considered himself first and foremost a teacher. Before coming to the University of Virginia, he taught at the University of California, Los Angeles for 17 years.

After retiring from UVA, he joined James Madison University’s School of Writing, Rhetoric and Technical Communication and helped establish the Cohen Center for the Study of Technological Humanism in 2013.

Cohen is survived by his daughter, Ruth; and son-in-law, David B. Morris; and son David and daughter-in-law, Mary Cohen, all of Charlottesville.

A memorial event will be held on UVA’s Grounds later this year.