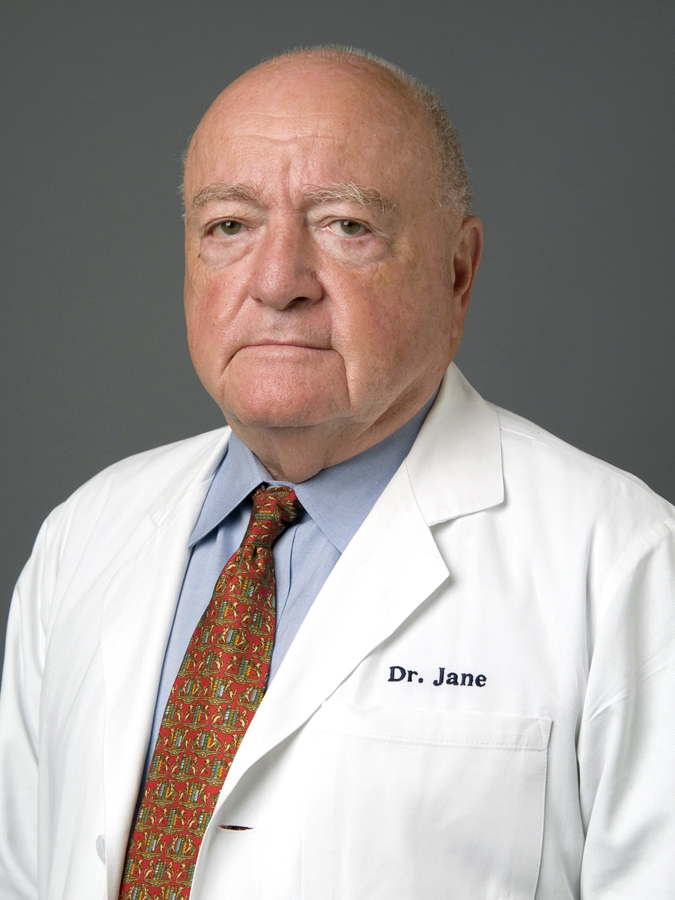 Renowned University of Virginia neurosurgeon Dr. John A. Jane Sr. died Sept. 18 in Charlottesville at the age of 83.

Jane came to U.Va.’s School of Medicine in 1969 and chaired the Department of Neurosurgery until 2006. He remained the residency program director until 2014.

“Dr. Jane was loved and respected by many throughout the University and throughout the world,” Dr. David S. Wilkes, dean of the School of Medicine, wrote on the school’s alumni association Facebook site. “His warmth and hospitality were greatly appreciated, and his advances and leadership in the field of neurosurgery earned him the respect and admiration of colleagues and grateful patients worldwide.”

Jane’s most famous case perhaps came in May 1995 when actor Christopher Reeve suffered a severe neck injury, thrown from his horse during an equestrian competition in Culpeper. Jane was Reeve’s attending physician, and several days later he and his surgical team fused Reeve’s first and second cervical vertebrae in a successful attempt to prevent further damage to his spinal cord. It was the best that could be done considering the injury. Although Reeve did eventually regain some slight movement, he remained a quadriplegic and died of complications on Oct. 10, 2004.