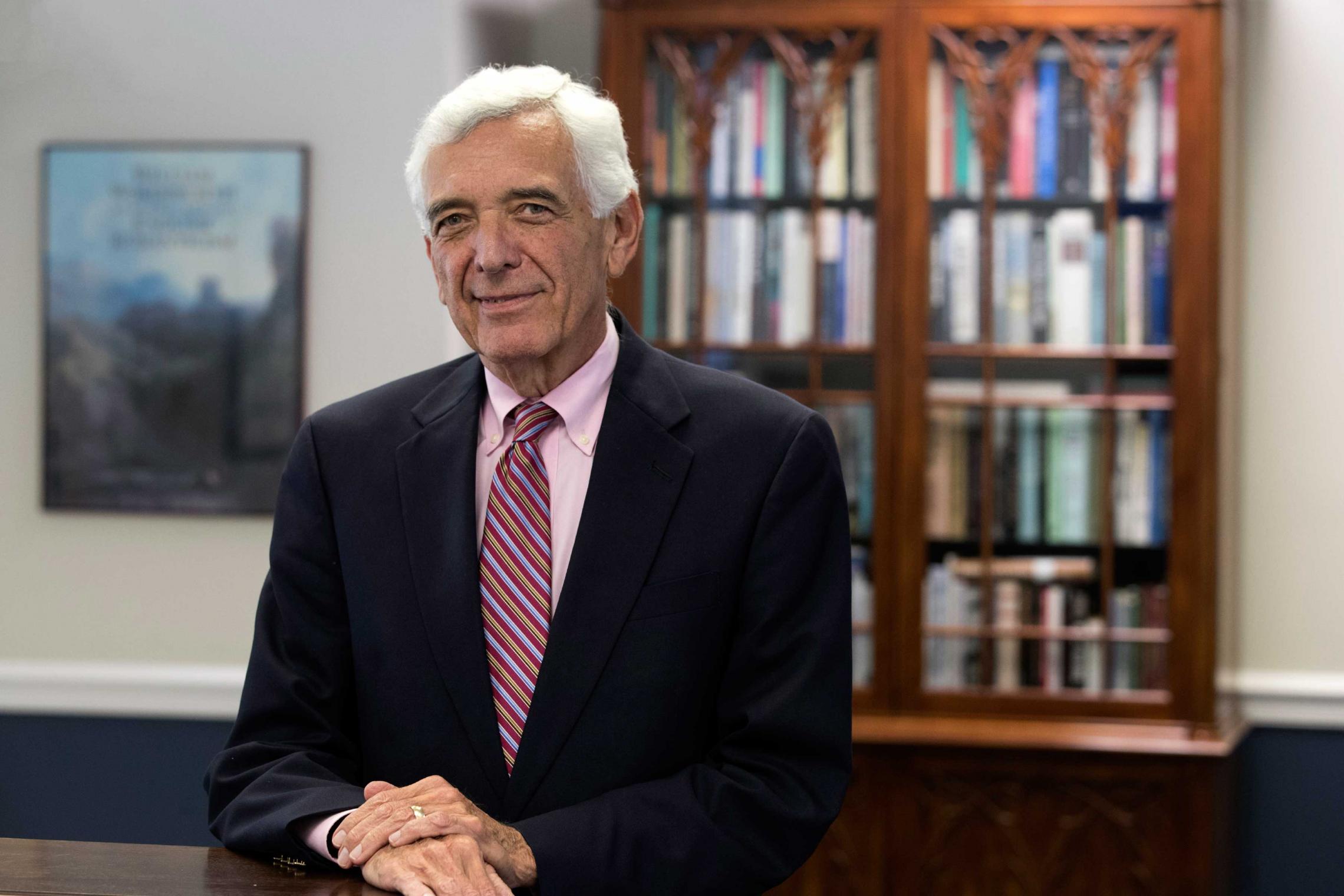 Virginia has lost one of its strongest champions of the humanities: Robert C. Vaughan III, who established and led the Virginia Foundation for the Humanities for more than four decades, died March 6 in Charlottesville. He was 74.

After President Lyndon Johnson created the National Endowment for the Humanities in 1965, the agency proposed that states could create their own humanities councils to bring programs to more people. In 1974, the University of Virginia’s then-president, Edgar F. Shannon Jr., called Vaughan, who was finishing his UVA English Ph.D., to see if he would be interested in creating a statewide program to highlight the history and heritage of Virginia.

A job that was only supposed to last a few months ended up becoming Vaughan’s career for 43 years.

The National Endowment for the Humanities, in its official remembrance of Vaughan, said that although Virginia was the 44th state to take on the humanities project, it became “one of the most successful and most influential,” giving special credit to Vaughan’s enthusiastic work.

William D. Adams, who chaired the National Endowment for the Humanities when Vaughan announced his retirement in 2016, said, “Under his guidance, Virginia Foundation for the Humanities has become a model for what public humanities practices can and should look like.”

Under Vaughan’s leadership, the nonprofit affiliated with the University – now known as Virginia Humanities – has grown to be the largest, leading state humanities program in the United States: it has supported or developed thousands of statewide humanities projects and currently boasts 12 major programs.

Matthew Gibson, who took the reins as executive director after Vaughan stepped down, came to the foundation in 2005 to create an authoritative digital resource, “Encyclopedia Virginia,” a partnership between the foundation and the Library of Virginia.

“He was such a voracious humanist, he didn’t want to stop thinking about the humanities in all its forms, how it could have a lasting impact on our world and for our future.”

Gibson considered Vaughan’s inability to say “no” a strength of his character, attributing it to his former boss’s “generous spirit.”

“He was such a voracious humanist, he didn’t want to stop thinking about the humanities in all its forms,” Gibson said, “how it could have a lasting impact on our world and for our future. The humanities are about looking back and how we got to where we are now, but Rob was always focused on building a stronger tomorrow and stronger communities with stories we were helping people tell, illuminating and amplifying them through our work.”

The Virginia Foundation for the Humanities was among the first of the state councils to devote resources to developing African-American and Virginia Indian programs to research and preserve traditions and culture. The foundation also established an active folklife program to support the “arts of everyday life that reflect a sense of traditional knowledge and connection to community,” as the Virginia Humanities website says.

The foundation continues to house two popular radio podcasts for nationally syndicated audiences, “With Good Reason” and “BackStory,” both of which feature historians and other academic experts discussing contemporary topics.

In addition, the foundation’s fellowship program supports scholars and writers working across a range of topics, mostly focused on Virginia history. For example, in 2014, an aspiring writer and UVA alumna named Margot Lee Shetterly was awarded a grant to collect oral histories and conduct research on African-American female mathematicians who worked for the national agency eventually known as NASA. Her project became the book “Hidden Figures,” which was also the basis of the popular feature film.

Of the foundation’s major initiatives, Vaughan loved the annual Virginia Festival of the Book, which will celebrate its 25th year next week. Shetterly will once again participate, along with hundreds of authors and book lovers who flock to Charlottesville from all over the country.

During his tenure, Vaughan taught courses in the Darden School of Business’ MBA and executive education programs. He was elected to chair the national Federation of State Humanities Councils and also served as president of the National Humanities Alliance. He was frequently consulted to share his insights with a wide range of organizations and agencies within Virginia and around the country, as well as in Northern Ireland and China.

Vaughan finished his term as president in June 2017 and officially retired at the end of the year. The Virginia General Assembly gave him a commendation that same year for his “contributions to cultural understanding and tireless work to strengthen the humanities in the Commonwealth and the United States.”

Current National Endowment for the Humanities chair Jon Parrish Peede, once the publisher of UVA’s Virginia Quarterly Review, said in an official statement that he counted Vaughan a friend as well as “a remarkable cultural leader.”

“He was noble, kind, dedicated, and helped to transform the state humanities council system nationally during his nonpareil tenure at Virginia Humanities,” Peede wrote.

Gibson added, “He had such a charitable view of everyone and the world in which we live – that was something that affected all of us. It so infused everything we did in our work.”

He commented that Vaughan could often be heard singing around the office. An accomplished singer, Vaughan performed with the Oratorio Society and the Ash Lawn Opera. He received the Lifetime Achievement Award from the Piedmont Council for the Arts in 2001.

Vaughan is survived by his wife of 51 years, Ellen Parlette Vaughan; his children, C. Hailey Vaughan Robertson and Liza Vaughan Coonse and their husbands, and Rob Vaughan IV and his wife; a sister, Susan Vaughan Henry, and a brother, Hugh Vaughan; and three grandsons.

A memorial service will be held Wednesday at 1 p.m. at Westminster Presbyterian Church in Charlottesville. In lieu of flowers, donations may be made to Virginia Humanities’ Vaughan Fund for Strategic Initiatives.

What Is the ‘4th Side’? END_OF_DOCUMENT_TOKEN_TO_BE_REPLACED