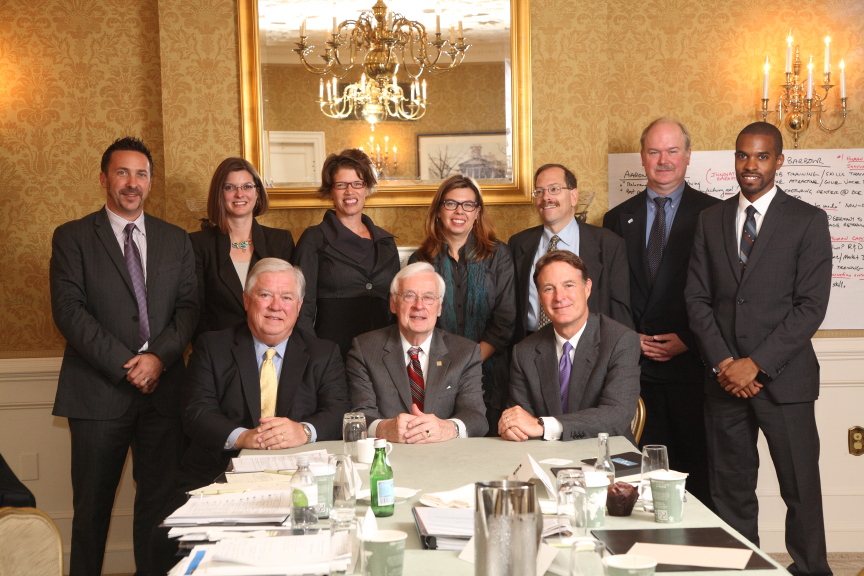 The symposium is bringing together policymakers, business leaders, scholars and journalists to define and advance innovative, nonpartisan and action-oriented ideas and policies to help rebuild the American Dream. The first year will focus on renewing middle-class jobs, and three commissions will examine topics in manufacturing, entrepreneurship and self-employment, and infrastructure investment.

Besides Barbour, a Republican, and Bayh, a Democrat, other members of the commission on manufacturing include:

“For generations, small- and medium-sized manufacturers have provided stable, good-paying jobs for middle-class Americans,” Bayh said. “As we move rapidly into the 21st-century global economy, we need fresh thinking to ensure that these companies can continue to grow and put people to work.”

Barbour said, “The public has understandably lost confidence in Washington’s ability to generate common-sense, bipartisan solutions to our nation’s challenges. This commission will bring together policymakers, scholars, industry leaders and other stakeholders to craft those solutions – the type of people that can achieve broad consensus and develop actionable ideas, not just more rhetoric.”

Barbour and Bayh have strong histories in advancing new ideas to benefit manufacturing and small business. As governor, Barbour expanded the number of high-skilled jobs in Mississippi’s manufacturing sector and helped launch the University of Mississippi’s Center for Manufacturing Excellence. In the Senate, Bayh – also a former governor of Indiana – was active on the Small Business and Entrepreneurship Committee and introduced legislation to expand Small Business Administration loans to small manufacturers, which was enacted a year later.

The commission is expected to release recommendations in February.

Funding for this initiative was provided by philanthropist, business and civic leader Howard P. Milstein.

More information on the Milstein Symposium is available here.

Fall Is in the Air on Grounds END_OF_DOCUMENT_TOKEN_TO_BE_REPLACED