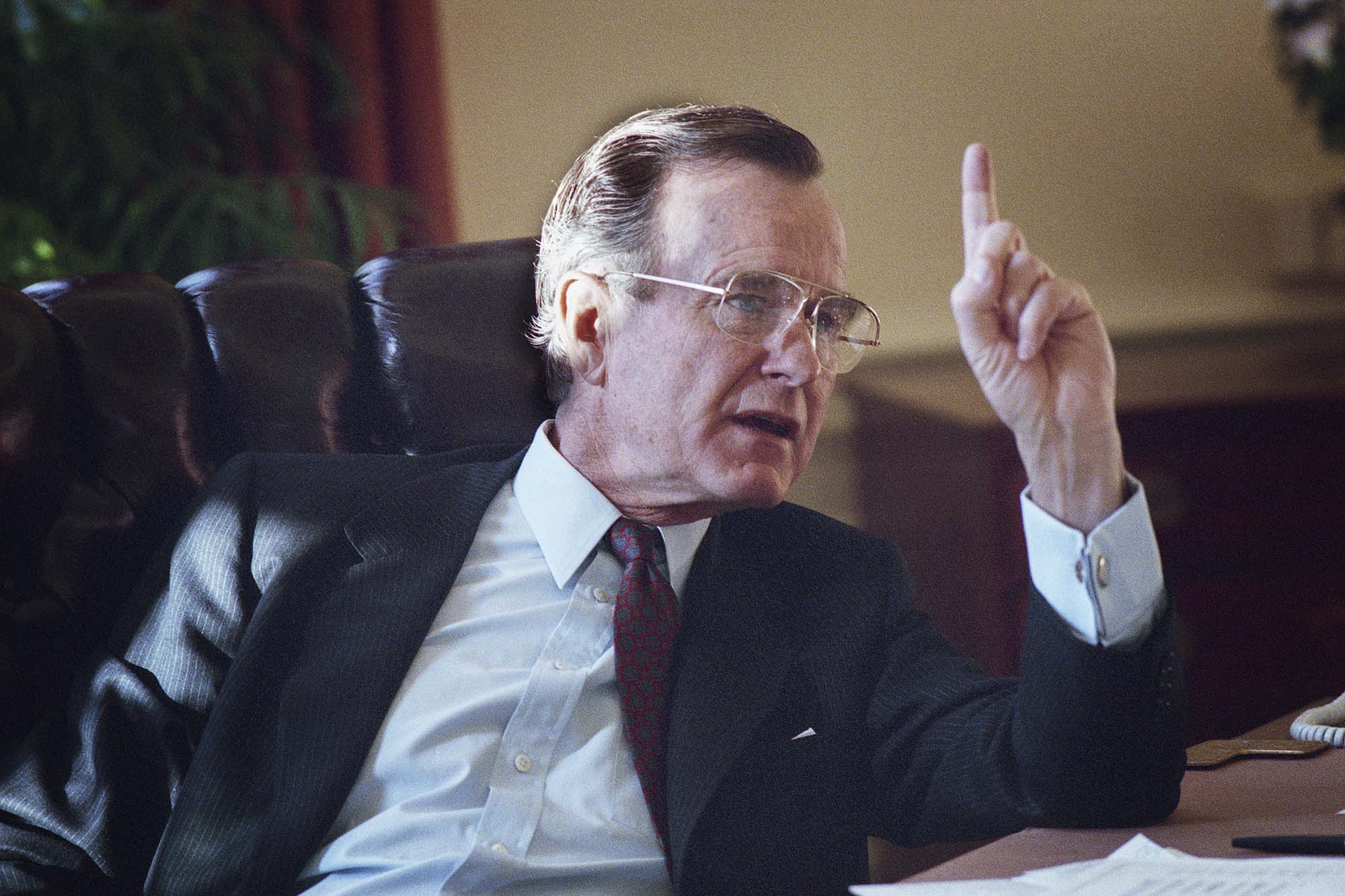 A new documentary from the University of Virginia’s Miller Center of Public Affairs takes viewers back to the end of the Cold War, when President George H.W. Bush and his foreign policy team navigated the reunification of Germany, the fall of the Soviet Union, the Gulf War and other challenges.

The film, “Statecraft: The Bush 41 Team,” was co-produced with VPM and will premiere Tuesday at 10 p.m. on PBS stations nationwide. It focuses on Bush’s foreign policy and relies on analysis from the Miller Center’s experts and historians, as well as its unique Presidential Oral History program, which has collected oral histories for every presidential administration from Gerald Ford to Barack Obama, including Bush’s.

“The foreign policy crises President George H. W. Bush and his team confronted ranked among the most challenging in U.S. history,” said William Antholis, Miller Center director and CEO. “This film vividly expands on many key moments recounted by Bush’s most senior advisers in their oral history interviews with Miller Center scholars.”

At least one scholar, Philip Zelikow, knows both sides of the history. He was a member of the National Security Council during Bush’s presidency and later served as the executive director of the 9/11 Commission. He went on to direct the Miller Center and is now the White Burkett Miller Professor of History and J. Wilson Newman Professor of Governance at UVA.

In addition to analysis of major foreign policy issues, the film offers a glimpse of smaller but significant moments that shed light on the 41st president. 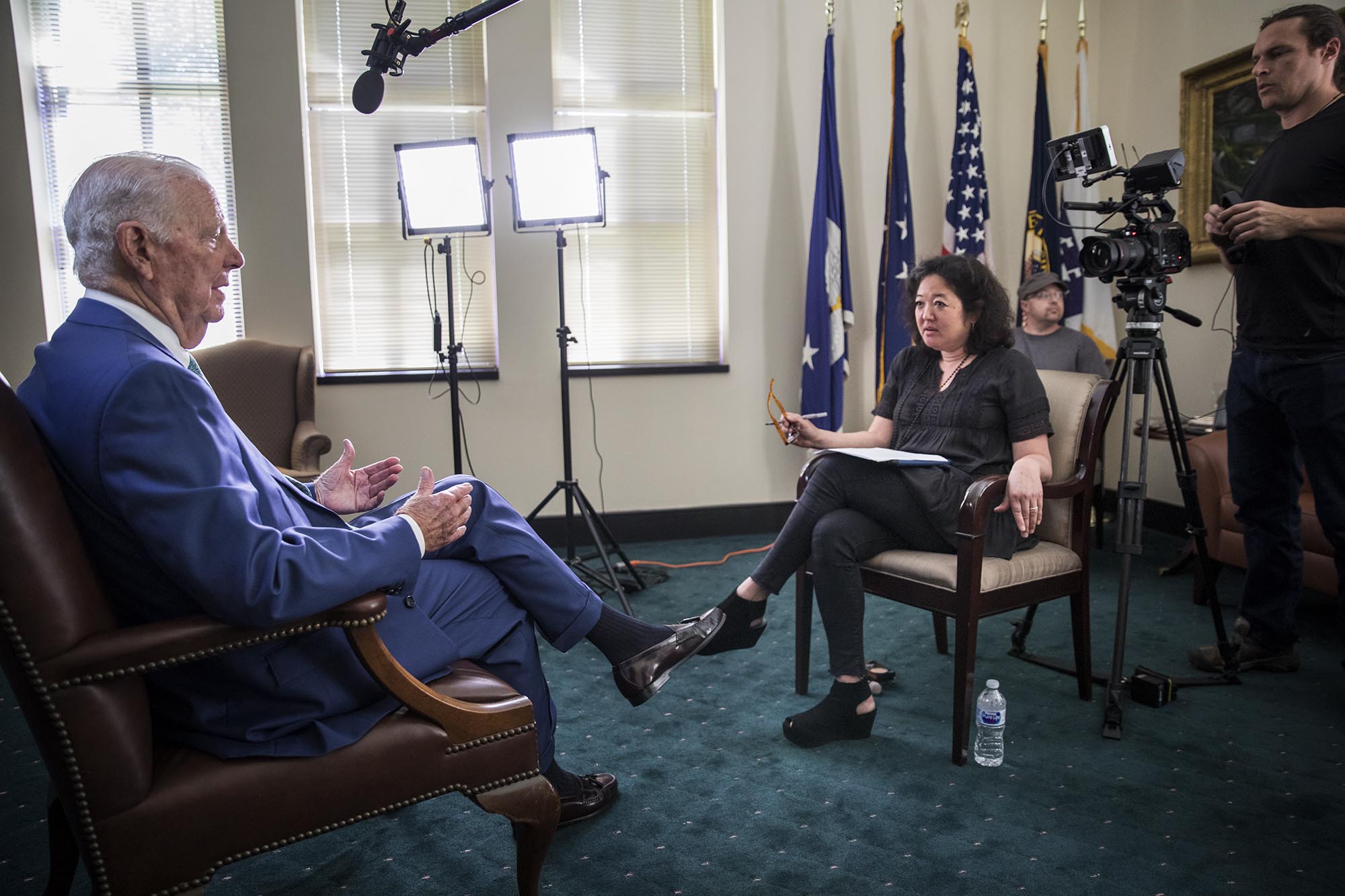 For example, it opens not with Bush’s election, but a pivotal moment decades earlier, when a young Bush, serving as a combat pilot in World War II, was shot down over the Pacific Ocean and floated for hours before a submarine came along. At first, he did not know if it was a U.S. submarine come to rescue him or a Japanese submarine come to capture him.

“Today, it doesn’t seem like it all happened, yet in a sense it has been a very internal and important part of my life,” Bush says in archival footage.

The film also offers insight into Bush’s personality and leadership style. Gates, who served as CIA director under Bush, recalled the president’s habit of calling foreign leaders not necessarily to ask for something, but just to talk. At first, Gates said, chuckling, leaders thought these were crank calls – they did not believe that the president of the United States would simply dial them up.

“He loved to call his foreign counterparts, maybe more than any other president,” Gates said. “He made sure to call them routinely when he had no ask, because then when he wanted something, there was a basis there, there was a relationship.”

Rice remembered a poignant moment from Bush’s funeral in 2018. She went to speak with German Chancellor Angela Merkel, who had come to Washington, D.C., for the service.

“I said, ‘Chancellor, you honor us by coming,’” Rice said, “and she replied, ‘I had to come for my country. Without President Bush, we would have never unified.’”

“We tried to connect Desert Storm to contemporary events in Iraq, and the expansion of NATO or the reunification of Germany to what [Russian President Vladimir] Putin is today using to excuse his invasion of Ukraine,” she said. “It is all connected, and it was really fascinating to me.” 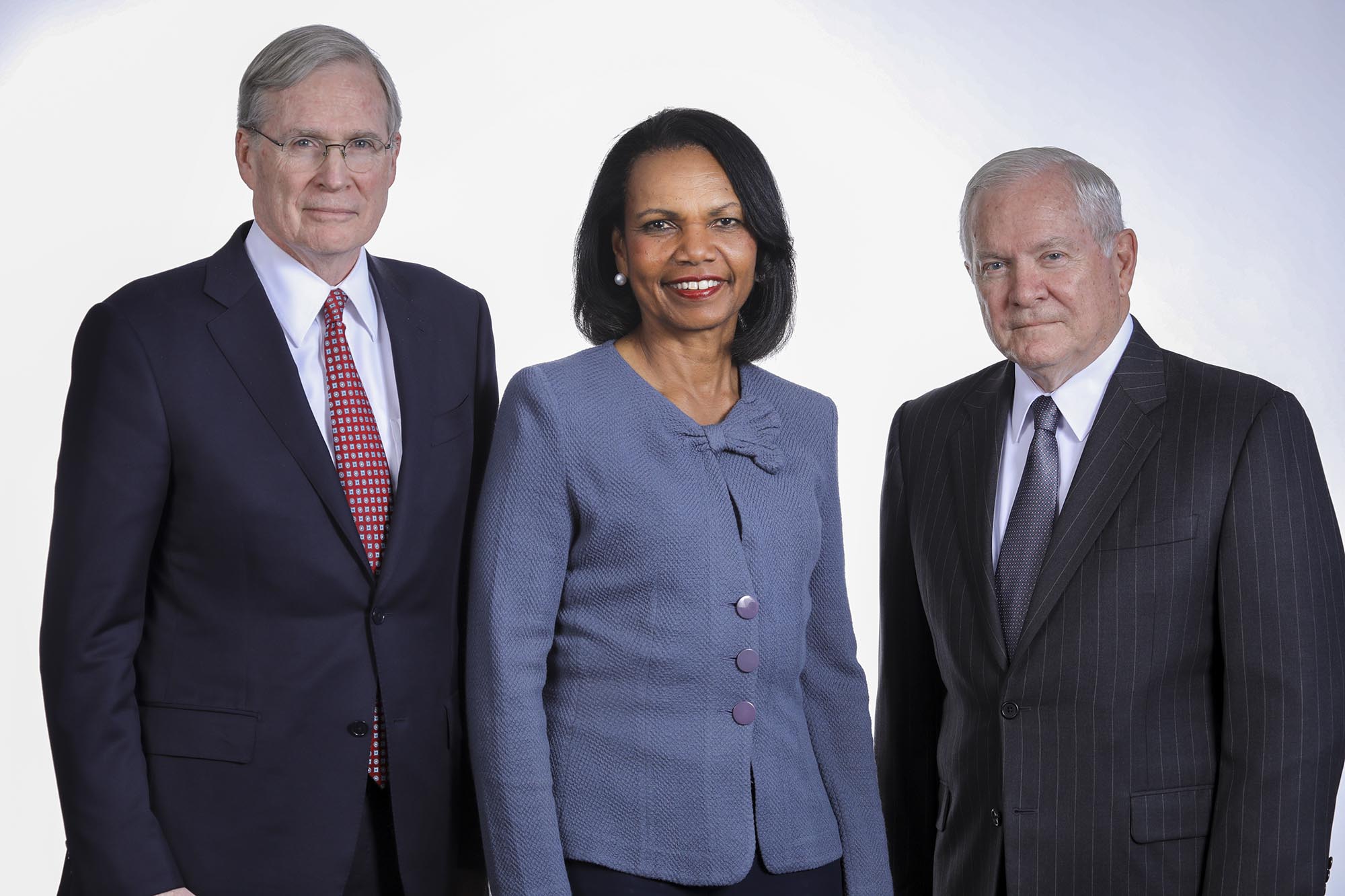 Perry said that having the Miller Center’s oral histories made those connections more vibrant.

“We have these memories from people coming right out of the administration, which we capture in near real time, and then we have been able to go back to some of those same people 20 to 30 years later for this film and get their perspective on how what happened then ties into current events now,” she said. “I dare to say that we could do similar films and documentaries for each one of the presidential oral histories.”

To watch the documentary, tune into your PBS station Tuesday at 10 p.m. Find your local listing here. The next day, on Aug. 5 at 11 a.m., viewers can join a discussion of the film featuring Zelikow, Perry, Bush’s White House Deputy Chief of Staff Robert Zoellick, and New Yorker journalist Susan Glasser.

A Year We Will Never Forget: 2019-20 in Review END_OF_DOCUMENT_TOKEN_TO_BE_REPLACED

‘What Will You Carry With You?’ Remarks From UVA President Jim Ryan END_OF_DOCUMENT_TOKEN_TO_BE_REPLACED