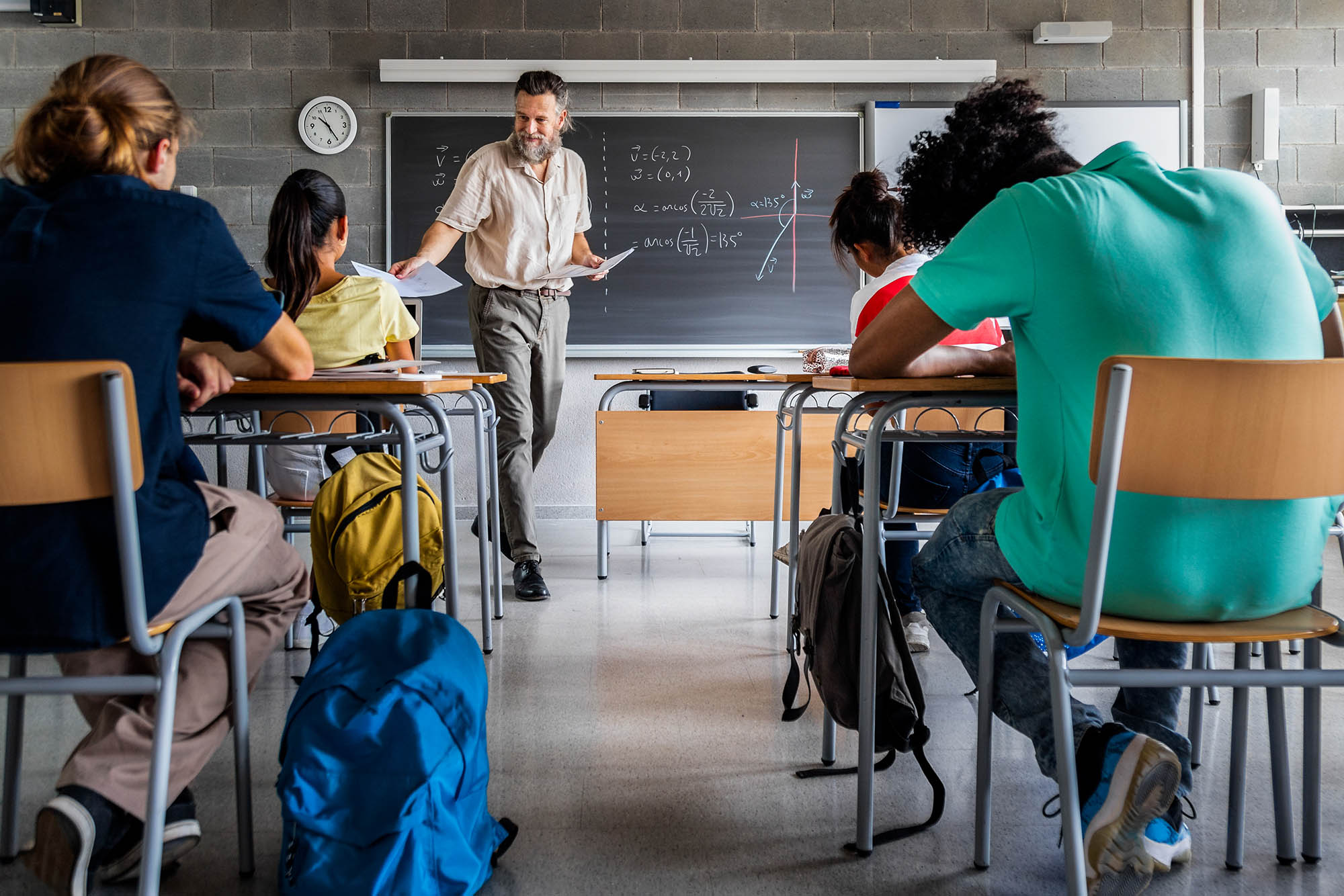 For many students, math class is strictly about numbers – and boredom. The Virginia Department of Education has tasked a broad coalition of experts, including University of Virginia School of Data Science professor Adam Tashman, with changing that.

The Virginia Mathematics Pathways Initiative aims to develop a K-12 math curriculum for the 21st century. The goal is not only to keep students engaged, but also to better prepare them for life after graduation.

Tashman, who is helping design a new course in financial modeling, said Virginia public schools have been following a curriculum that’s outdated. “It’s [written] as if computers were never invented,” he explained. “It focuses on things that were necessary to win the space race against Russia, which is why there’s all the geometry and all the trigonometry. But it leaves a lot of people scratching their heads, thinking, ‘When will I ever use this if I’m not a physicist or an engineer?’”

A range of people, from high school teachers to former Wall Street quants like Tashman, who has held positions with Merrill Lynch and Citi – are collaborating on the curriculum overhaul. They seek to design more relevant learning standards and create a more enticing menu of course options for students, Tashman said.

While the familiar math track that culminates in calculus will remain, the coalition is developing additional tracks through new courses in data science, logic, statistics and other subjects. Under the new curriculum, schools will also continue to offer geometry, trigonometry and algebra, but in an integrated way that highlights their relevance in the real world.

“Our charge is to get students to become knowers and doers, not just memorizers,” he said.

He remembers his own frustration with math class when he was growing up. “I’d think, “OK, I’m using this function, but where did this come from? It feels like it was just plucked out of nowhere,’” Tashman said. “But if a teacher can say, ‘This is something I was working on with a biologist at UVA, and it describes how cells divide’ – that makes it much more compelling.”

After Tashman and his colleagues finalize the new course options and learning standards, the proposal will enter a period of revision and review. The Virginia Board of Education is slated to adopt the changes in 2023, as part of a regular update to the Virginia Standards of Learning that occurs every seven years.

One pilot course in data science will be offered at a limited number of schools in the fall of 2022, and courses in other subjects will gradually be introduced in subsequent years. If all goes as planned, the full curriculum will be implemented starting in 2025.

Although students often feel that they are failing at math, Tashman said, “I always felt like the math curriculum was failing students, like it was not putting its best foot forward.”

He hopes that the new curriculum will change that. Especially in today’s world, mathematics is about far more than just numbers, he noted: It has a role to play in all kinds of fields, from organizational psychology to computer science.

“When people ask me what math is, I say it’s the study of structures,” he said. ‘It’s actually this very exciting process of understanding the world around you. Finally, since math is about structures, and structures are everywhere, this means that given the right mix of curriculum, teamwork and imagination, there is no limit to its applications.”

When Less Is More: How Harnessing the Power of Subtraction Can Add to Life END_OF_DOCUMENT_TOKEN_TO_BE_REPLACED