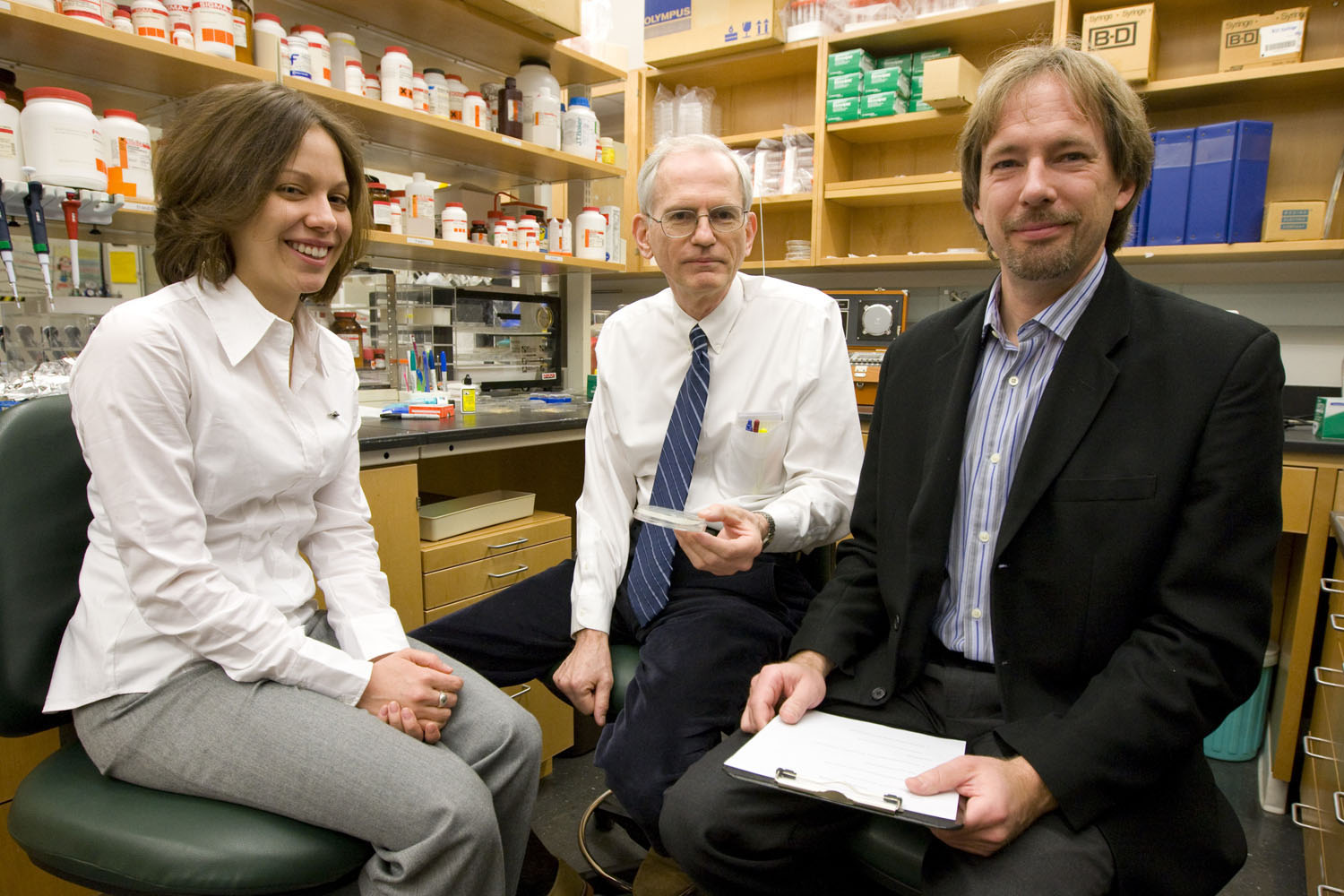 February 13, 2009 — Even within cells, the left hand knows what the right hand is doing.

Molecular motors, the little engines that power cell mobility and the ability of cells to transport internal cargo, work together and in close coordination, according to a new finding by researchers at the University of Virginia. The work could have implications for the treatment of neurodegenerative disorders.

"We found that molecular motors operate in an amazingly coordinated manner when moving an algal cell one way or the other," said Jeneva Laib, the lead author and an undergraduate biomedical engineering student at the University of Virginia. "This provides a new understanding of the ways cells move."

The finding appears online in the current issue of The Proceedings of the National Academy of Sciences.

Laib, a second-year student from Lorton, Va., and her collaborators, U.Va. professors Robert Bloodgood and William Guilford, used the alga Chlamydomonas as a model to study how molecular motors in most types of cells work to move internal cargo, such as organelles associated with energy production and nutrient transport, or even the entire cell.

These motions are caused by a line of motors that pull the cell along, like the locomotive on a train. Previous studies had suggested that these motors pulled in opposite directions, like a game of tug of war. More recent studies indicated that the motors were working together rather than independently.

The new U.Va. study provides strong evidence that the motors are indeed working in coordination, all pulling in one direction, as if under command, or in the opposite direction — again, as if under strict instruction.

"We've found that large numbers of these molecular motors are turning on at the same time to generate large amounts of force, and then turning off at the same time to allow transport in the particular direction," said Guilford, Laib's adviser and lab director. "This insight opens up the possibility for us to begin to understand the mechanism that instructs the motors to pull one way or the other."

A greater understanding of cell motility and the ways in which cells move cargo within cells could eventually lead to therapies for neurodegenerative disorders such as amyotrophic lateral sclerosis (Lou Gehrig's Disease), diabetic neuropathy, and Usher syndrome, a progressive loss of hearing and vision. Neurodegenerative diseases can be caused by defects in the transport processes within neural cells.

"You basically get a logjam within the cell that prevents forward progress of these motors and their cargo," Guilford said. "So if we could understand how the motors are normally coordinated inside cells, we might be able to eventually realize therapeutic approaches to restoring transport for cell revival."

"There is some amazing cooperation going on among these motors," noted Bloodgood, a specialist in cell locomotion research. "When one set of as many as 10 motors turn on, another set turns off in unison. Understanding this process could help us to restore this locomotion when defects occur."

Guilford noted that the study is an example of high-level research conducted by undergraduate students.

For All of Us END_OF_DOCUMENT_TOKEN_TO_BE_REPLACED