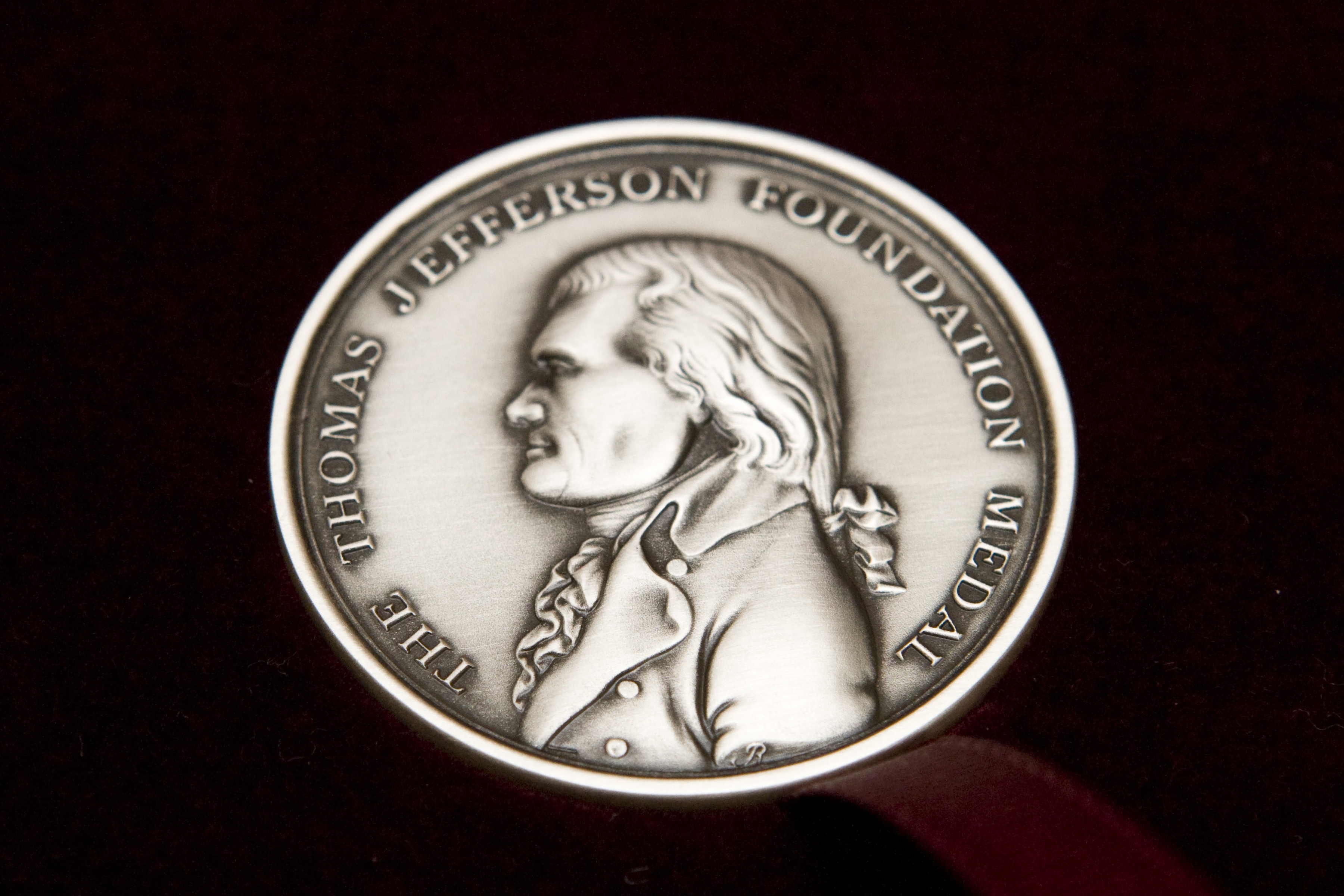 The new award is the fourth named in honor Thomas Jefferson by the foundation, the independent, nonprofit organization that owns and operates his home, Monticello. It will join medals jointly awarded by the University and the foundation in Architecture, Law and Citizen Leadership. The medals, struck for the occasion, are the highest external honors conferred by the University, which awards no honorary degrees at Jefferson’s behest.

The Thomas Jefferson Foundation Medal in Global Innovation will recognize an individual for his or her role in guiding a significant global innovation that creates value for humanity. The award will honor responsible leaders who extend Jefferson’s commitment to global commerce and the creation and commercialization of inventions and ideas that improve society.

The awards are presented annually on Jefferson’s birthday, April 13, by the presidents of the University and the Thomas Jefferson Foundation.

“This medal will make an important statement about the commitment of the Thomas Jefferson Foundation and the University of Virginia Darden School of Business to broaden awareness of Jefferson’s legacy and to celebrate the role of innovation in improving our lives,” said Leslie Greene Bowman, president and CEO of the Thomas Jefferson Foundation, who recently announced the medal with Locke Ogens, senior executive director of the Darden School Foundation and Strategic Relations, in Shanghai, China, at Darden’s annual Global Leadership Forum. “The global innovation medal will recognize someone who is truly making a difference in the world.”

“Thomas Jefferson is the father of innovation and progress in America,” Ogens said. “Jefferson relentlessly pursued knowledge for the benefit of society. He famously said, ‘I like the dreams of the future better than the history of the past.’”

The recipient will be selected by a committee chaired by the dean of the Darden School. Scott Beardsley, who will take office Aug. 1 as Darden’s ninth dean, will convene the inaugural committee. Honorees will receive the medal on Jefferson’s historic U.Va. Grounds and will be celebrated at a formal dinner inside his home, Monticello – both UNESCO World Heritage sites. A special recognition event will also take place in the medalist’s home country or region.

The first Thomas Jefferson Foundation Medal in Global Innovation will be conferred in 2016.