Moon to Go Dark Late Sunday Night, But It’s Not Part of the Government Shutdown 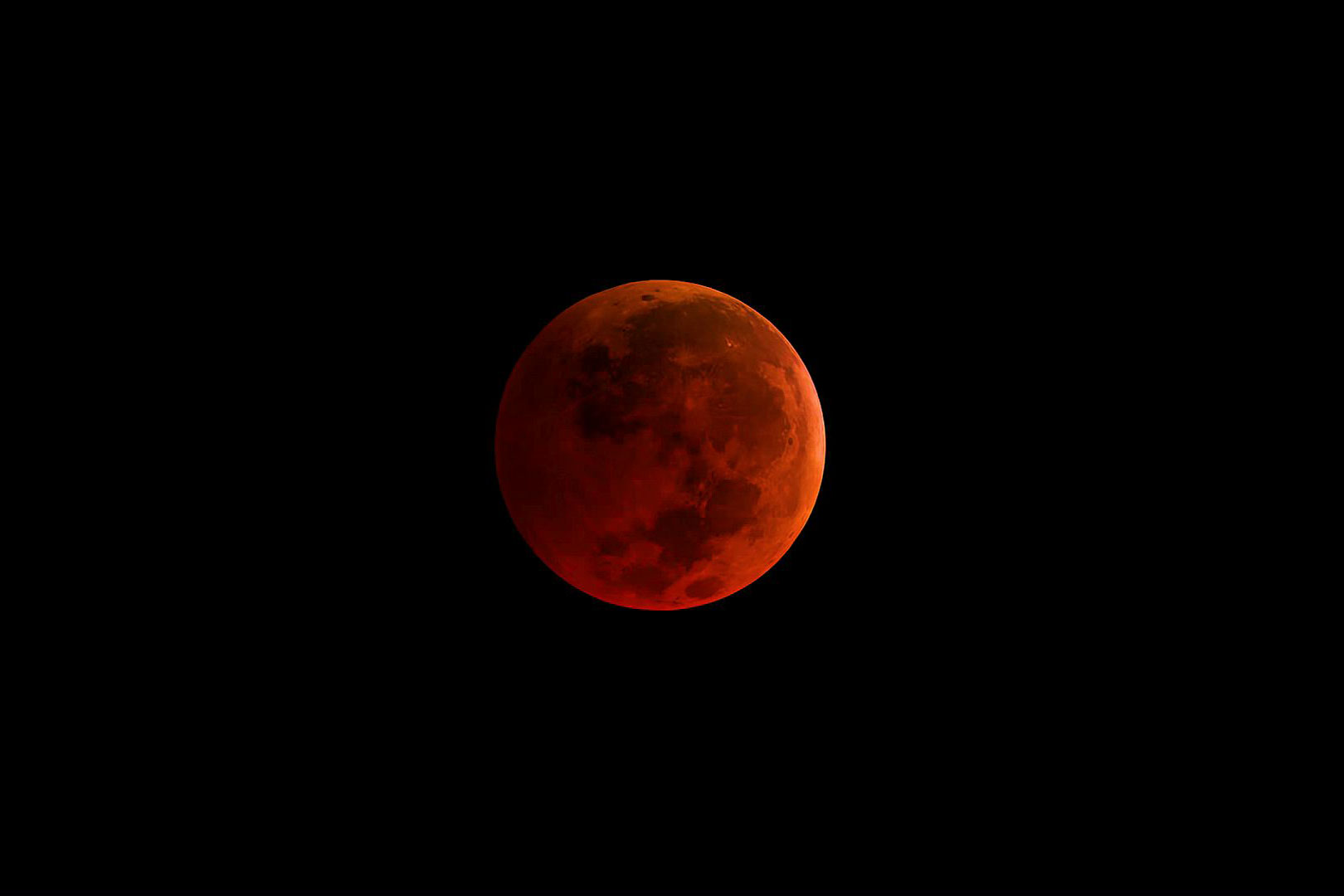 Get ready, Charlottesville (and the rest of North America) – a total lunar eclipse is coming.

Late Sunday night into early Monday morning, the moon will “go from full, to nearly disappearing, to being full again in the course of a few hours,” University of Virginia astronomy professor Ed Murphy said.

The phenomenon occurs when the moon passes through the shadow of the Earth. It happens a little less frequently than once per year.

“The whole eclipse will be visible [dependent on clear skies] and the maximum eclipse will occur with the moon high overhead,” Murphy said.

In the Eastern time zone, the main part of the eclipse will begin Sunday at 10:34 p.m., when the moon enters the shadow of the Earth and gradually dims over the next 67 minutes. The total eclipse – the period when the moon is fully in the Earth’s shadow – will occur at 11:41 p.m. and will continue until 12:44 a.m. Monday.

During that time, the moon will be almost invisible, and it will appear reddish – sometimes called a “blood moon,” a term Murphy dislikes because he considers it unnecessary sensationalizing of an “already spectacular” event. He said the moon takes on a coppery appearance “because the light illuminating the moon is the light from all of the world’s sunrises and sunsets.”

Murphy said that under clear skies the eclipse can be readily viewed from almost anywhere without the need for special equipment, though a telescope or binoculars would enhance the experience.

Members of the Friends of the McCormick Observatory can have an extra special experience Sunday night (for information on how to become a member, click here). The UVA astronomy department will host an eclipse-viewing event, with several telescopes set up and astronomers available to answer questions.

The McCormick Observatory, for which Murphy is the outreach director, also hosts free public nights every first and third Friday of each month. The next one is Friday at 7 p.m. No tickets are required, and you don’t even have to register.

In clear weather, visitors can view celestial objects through the observatory’s antique (and recently cleaned) 26-inch McCormick Refractor and other smaller telescopes. Even when skies are cloudy, the event is usually held, allowing visitors to tour the historic observatory, hear a presentation by an astronomer, ask astronomers questions and view the exhibits. Currently on display are some beautiful images of Saturn from the NASA/European Space Agency Cassini mission.

The astronomy department also hosts public night events at UVA’s Fan Mountain Observatory every April and October. The Fan Mountain Observing Station is located 13 miles south of Charlottesville. Advance reservations are required, but you get to observe the sky through a 40-inch mirror, a powerful educational and research telescope.