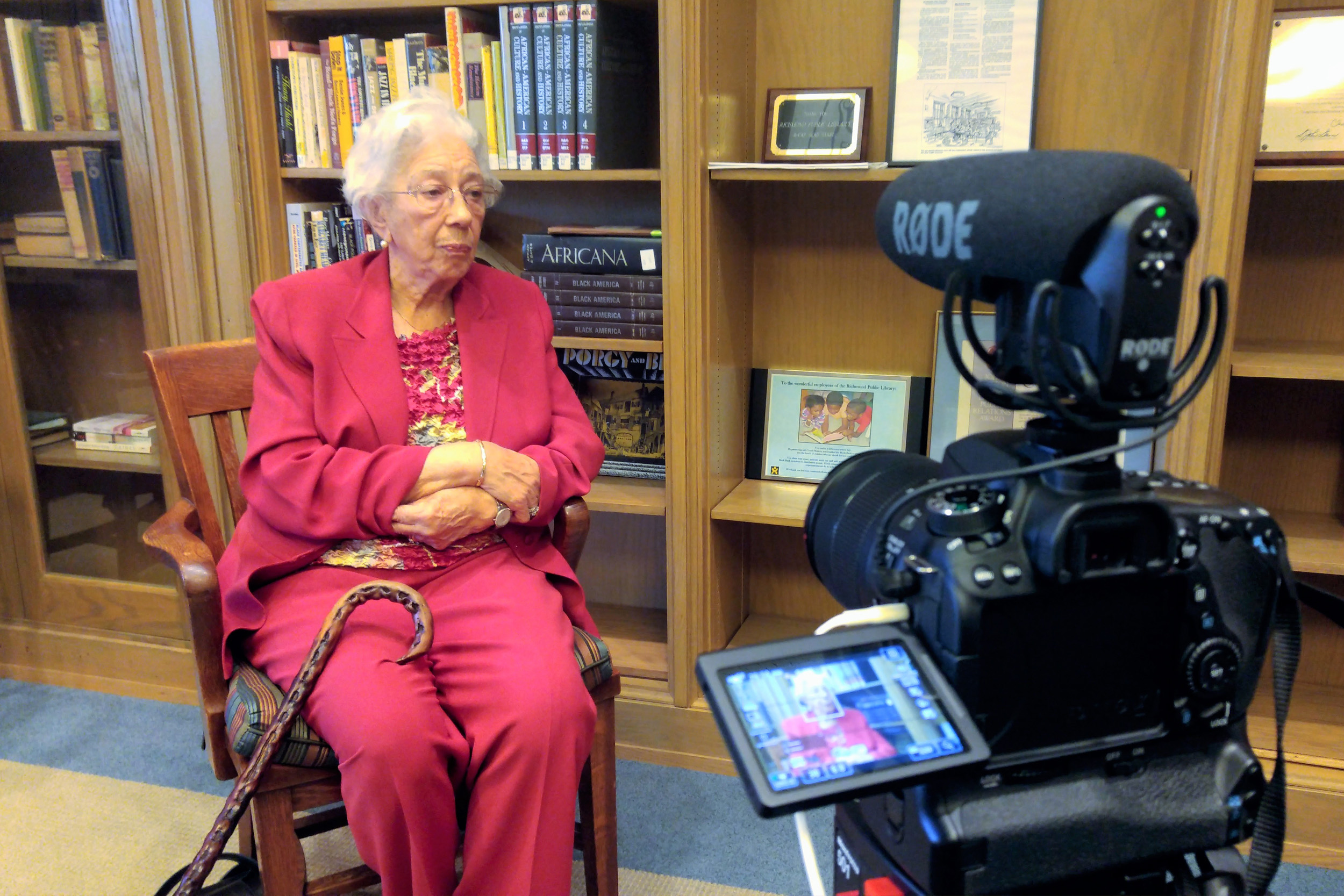 LaVerne Spurlock, a UVA alumna and a longtime teacher and counselor in Richmond Public Schools, sits for her video interview with the Teachers in the Movement research team. (Contributed photo)

Grady Wilson Powell Sr. grew up hearing about the moment in 1865 when his grandfather, born into slavery in Virginia, learned he was free. “The story is, from oral tradition, that my grandfather just grabbed a shirt and started walking south. He walked and walked until the setting of the sun.”

Powell, a retired teacher, pastor and civil rights activist from Emporia, has many stories from his own life, too. In May 2020, he shared some of them in a video interview for Teachers in the Movement, an oral history project in the University of Virginia’s School of Education and Human Development that explores how educators contributed to the American civil rights movement of the 1950s and ’60s.

With the melodious voice of a pastor – and an impressive amount of detail – Powell discusses how he cut cartoons from the newspaper to spark conversations among his students about civil rights and social justice. He recalls participating in the Selma to Montgomery march in 1965. He shares how his daughters – including Sandra P. Mitchell, now an instructor at UVA, who coordinated the interview – desegregated the public schools in Petersburg, and the toll that experience took on his family.

With each memory preserved on video, Powell adds to a long, rich tradition of oral storytelling in Black history – a tradition that Teachers in the Movement is bringing to a new generation.

From the community storytellers, or griots, of West Africa to American icons like Toni Morrison, Rita Dove and Isabel Wilkerson, the spoken word has been a fundamental medium for sharing cultural values, history and lessons throughout Black history.

Informed by this history and eager to uncover the role that educators played during the civil rights movement, UVA education professor Derrick Alridge launched Teachers in the Movement in 2016. The cultural significance of the oral tradition has guided the research ever since.

“We use the framework of the griot, the storyteller in African societies, as we approach each interview,” Alridge said. The idea is to let the interviewees shape the narrative and share their stories on their own terms.

Since its inception, the project, part of the school’s Center for Race and Public Education in the South, has amassed a repository of 250 interviews and counting. Enlisting a team of graduate and undergraduate researchers, the project has expanded its scope to include a podcast, an annual summer institute for teachers, seminars for academics on how to conduct oral history research, and more.

This Black History Month, the project’s leaders reflected on what they’ve accomplished so far, and how they have gained an even deeper appreciation for the academic, historical and cultural value of oral storytelling along the way. 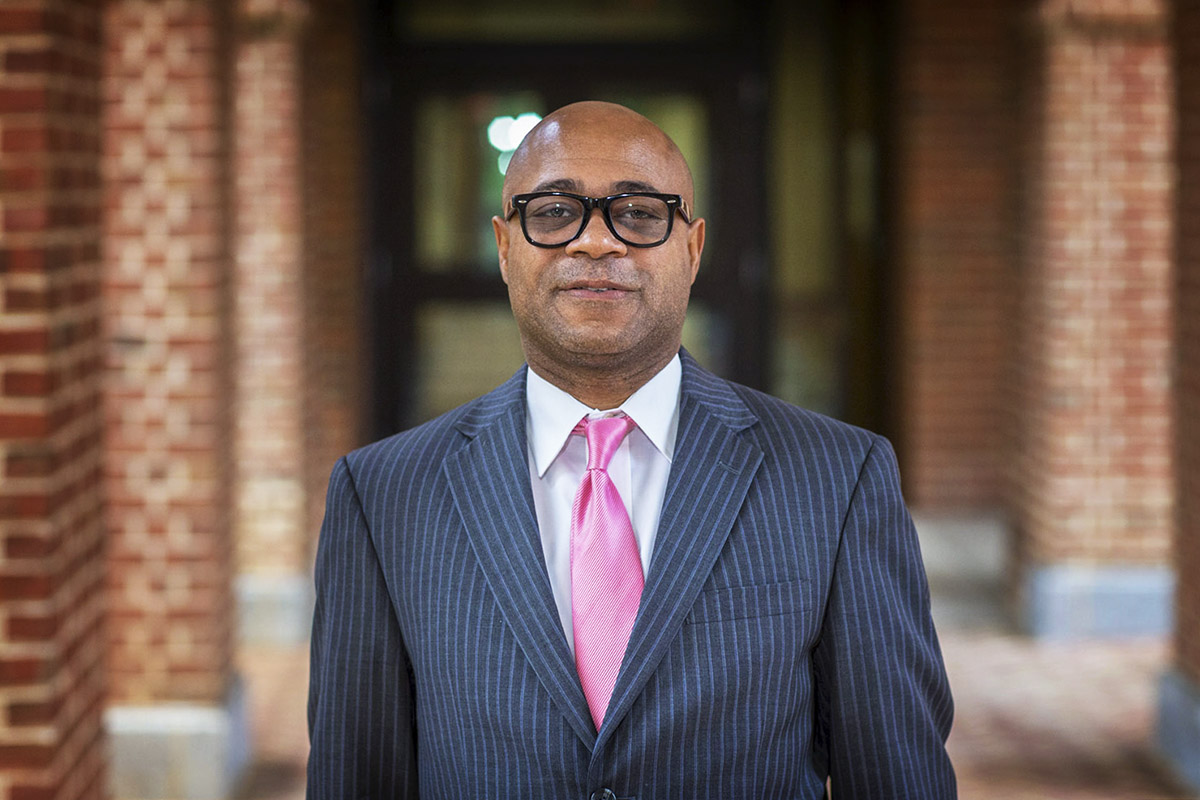 Written documents are the traditional gold standard of historical research, Alridge said. But what about when those sources are limited or nonexistent?

When it comes to how teachers taught in their classrooms during the civil rights era, he said, written documents are scarce. That’s where oral histories become invaluable. Why they chose certain teaching materials, who their mentors were, how their students responded to the lessons – without speaking to teachers directly, much of this historical insight would be lost.

Johnson has a favorite quote to describe the importance of recording these interviews now: “When an elder dies, it’s as if a library has burned to the ground.”

The Teachers in the Movement team also uses archival documents to aid their research, and some interviews have even helped them track down new primary sources. But oral history produces a uniquely valuable resource. “You’d be surprised by how much information you can obtain by having teachers reflect back on that era,” Alridge said.

Alridge noted that the project complements several other outstanding oral history projects at UVA and in Charlottesville. With each interview he and his team conduct, the researchers are one step closer to their goal of helping establish UVA as one of the country’s leading sites of oral history research, preserving a rich archive of information for future study.

As it fills in gaps in the historical record, the project also challenges the standard narrative of the civil rights movement.

Textbooks tend to focus on how the movement played out on the national stage, with familiar figures like the Rev. Martin Luther King Jr. and Rosa Parks dominating the story. According to the project’s leaders, the full picture is far more complex and nuanced.

“When we look at the historiography on the civil rights movement, teachers are largely missing in the scholarship as it relates to their activism, or their roles are distorted or ignored or overlooked,” Johnson said.

By documenting how educators contributed to the civil rights movement through their pedagogy, mentorship, community work and more, these oral histories challenge and expand traditional definitions of activism.

“We’re trying to redefine what is meant by activism,” Alridge said. “It does not just mean people marching and holding picket signs.”

Through oral history, the project is contributing to a more holistic understanding of how social justice movements progress. “They may not have been active in marches or protest, but what they were doing in the classroom was just as powerful,” Johnson said. “They were history-makers, even though a textbook may never record their names.”

Alridge is adamant that the project is about more than record-keeping, however. It’s about bringing the civil rights movement to life. And nothing breathes life into history like hearing it directly from those who experienced it.

From the nuances of intonation and body language to the emotional undertones of the speaker’s words, the video format adds layers of meaning – and a certain humanity – to the content of the interviews. Learning about history becomes an intimate and personal experience.

Alexa Rodríguez, a postdoctoral research associate working on the project, is teaching a course this semester at UVA on the history of higher education. In her syllabus, she included an interview with Mary Frances Early, who discusses her experiences as the first Black graduate of the University of Georgia.

There’s no better way for her students to connect with the emotional, human side of historical events, Rodríguez said.

“Hearing their stories firsthand, we can understand, respect and honor their contributions to education, and at the same time get a more comprehensive sense of what happened in history.”

Rodríguez’s course is just one example of how the project’s resources are helping today’s teachers and students learn about Black history in classrooms. For current and future teachers, Alridge hopes these stories can be an inspiration to them, in addition to being used as teaching tools.

“We believe that teachers today might be informed by hearing the stories of teachers who also taught during the midst of a very turbulent time in our nation’s history,” he said.

In this way, the project is not only keeping the oral tradition alive; it is using the power of oral storytelling to help shape the future of teaching and learning about Black history.

Recently, Alridge and his team launched a website that houses the project’s podcasts, student and teacher blogs, and about 60 interviews. He hopes that the site will be used by K-12 students, teachers, the general public and university scholars and students alike.

“By listening to these stories, you hear the passion, the importance of education,” Rodríguez said. “You see the extent of the work and the impact of all these educators. To me, that’s one of the most amazing things about it all.”