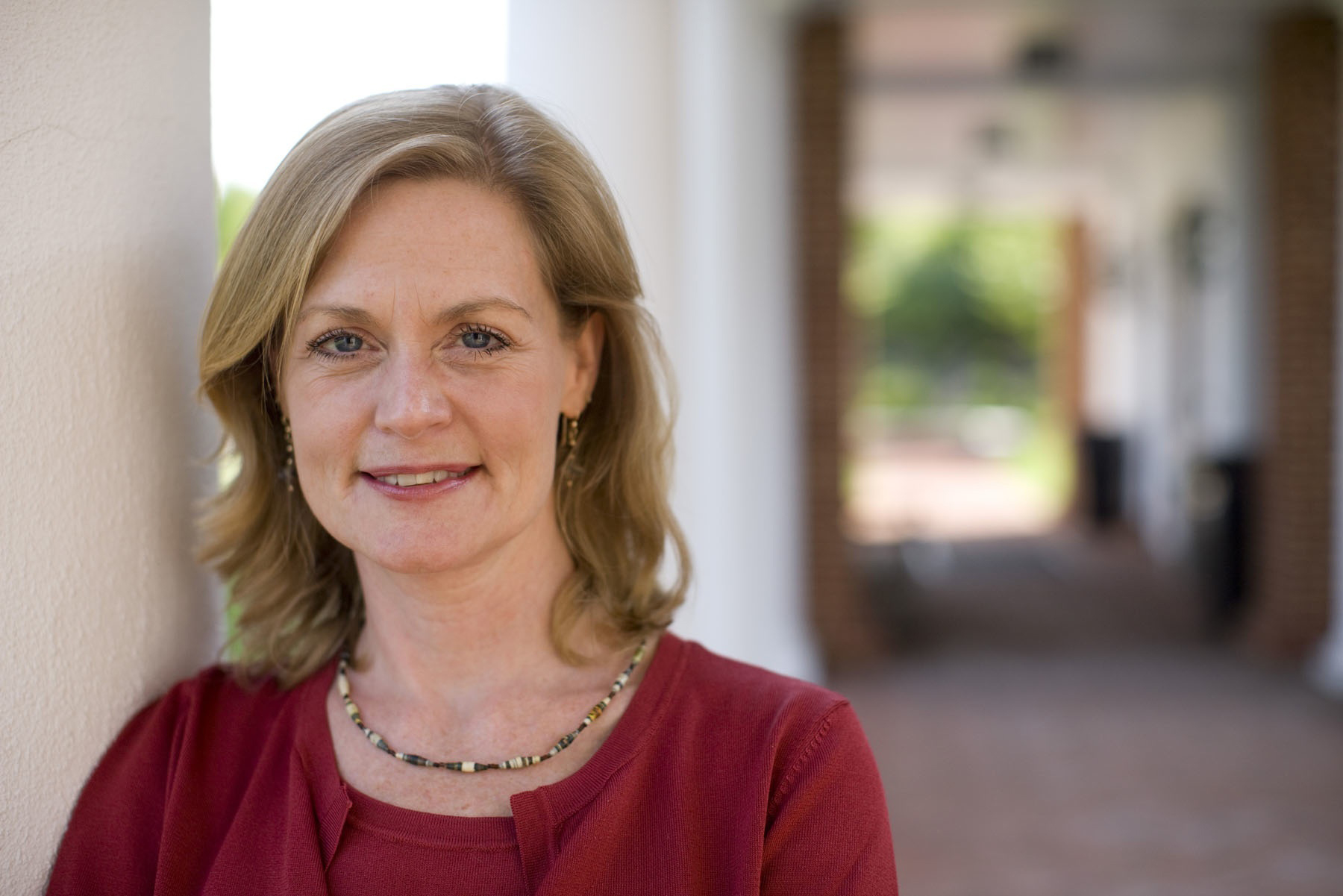 As a youngster, she lived in Germany and the United States, with frequent moves forcing her to juggle languages, cultures, schools and friendships. As an adult, she balances multiple responsibilities, including teaching a diverse group of future business leaders to communicate effectively.

"It's hard to show the benefits of effective communication," said Powell, assistant professor of business administration at the University of Virginia's Darden School of Business. "If it's good, it's often invisible."

Many students attend business school, expecting to study such quantitative subjects as "Data Analysis and Optimization" and "Valuation in Financial Markets." But courses in qualitative subjects, such as "Management Communication" and "Business Ethics," also contribute to individuals' effectiveness as managers.

Powell, who directs Darden's program in management communication, works to help her students communicate with finesse and nuance, to gain insight into their own strengths and weaknesses, and to understand what moves and motivates people.

In her courses, she draws on real-life examples to illustrate the uses and abuses of communication at the managerial, organizational and corporate levels. She teaches not only the core skills needed to influence results — persuasive writing and speaking — but also how to manage the flow of communication as a critical resource in an organization.

"It's all aimed at making them effective leaders," she said.

Matthew J. Fischer, a manager with arvato digital services llc, an international information technology company, took courses with Powell while he was a student in Darden's MBA for Executives program.

"One of the biggest takeaways from Lili's classes for me was in thinking about how to take management beyond simply delegating tasks to employees, and leadership beyond speech-making," said Fischer, who graduated last May. "I began to learn how to inspire people, how to invest a team with a sense of problem-solving, how to engage with people."

When she isn't working with students, Powell also writes business case studies — primarily relating to corporate reputation — including one that explored Walt Disney Co.'s 1994 decision in the face of heavy public criticism to drop plans to build an American history theme park near Manassas, Va. She also was a contributing author to "Women in Business: The Changing Face of Leadership," a 2007 book about women executives who exemplify new models of leadership.

Powell was born May 23, 1961, to Richard Powell, a U.S. Army artillery officer, and his wife, Nancy, a civilian nurse working at the Army hospital in Nűrnberg, Germany. After living overseas for a few years, the family returned to the United States, but moved often: Fort Sill, Okla.; Middlebury, Vt.; Chicago; Fort Bragg, N.C.; Fort Leavenworth, Kan.; and Fairfax, Va.

Both Powell and her younger sister, Karen, coped well with the frequent moves, she said.

"I'm very adaptable, very versatile," she said. "I can get along with anyone."

The family moved back to Germany for Powell's eighth- through 10th-grade years. "One of the benefits of going to high school in Heidelberg," she said, "was that our proms were held in castles."

In Germany, she attended an American high school where the children of Army officers and enlisted men mingled with the children of American and foreign diplomats. "Class differences did not exist as much there and racial differences were minimized," she said. "We were all predominantly Americans living in German culture, which made for a close-knit expatriate community."

The Powell family returned to Northern Virginia for her junior and senior years at Robinson High School in Fairfax. "It was affluent and white," she said. "I kept thinking, 'Where are all the different people?'"

From Psychology to Leadership

As an undergraduate at U.Va., Powell's first love was psychology, but course work in rhetoric led to a double major in psychology and rhetoric and communication studies. Later, her interest in the rhetoric of American literature led her to pursue a master's degree in it, also at U.Va.

Powell earned a doctorate in rhetoric at Northwestern University, concentrating on American literature, public speaking and performance studies. At the same time, she worked with Paul Arntson, professor of communication studies, to launch a certification program in leadership for undergraduates at Northwestern.

Aware that many of her students fear public speaking, Powell teaches acting and mindfulness techniques. Her students deliver poems, speeches and monologues to practice expressiveness and increase their repertoire. They then apply these techniques to their own speeches, to strengthen their delivery.

"Rhetoric is usually taught in an intellectual tradition of argument, logic and persuasive appeals," Powell said. "But communication is a physical and emotional challenge as well. It's also voice, posture and bearing that communicate presence."

"Lili combines a deep understanding of the mechanics of communication with a personal passion on the topic," Fischer said. "Her topic is not just communication: It's management; it's leadership; it's the core of being an effective executive."

And he is not alone.

"Our alumni often cite the management communication course as a truly transformational experience," said Robert F. Bruner, dean of the Darden School and the Charles C. Abbott Professor of Business Administration. "The world needs MBAs who can lead. Communication is at the core of able leadership. Lili Powell gets this."

The University has benefited from Powell's study of communication and leadership in other ways as well.

Currently one of Darden's three representatives to U.Va.'s Faculty Senate, she has served as its [chairwoman of planning and development for two years. Because of that work, she was appointed to the Commission on the Future of the University and served on its "big ideas" committee.

"That was huge in my life last year," she said. "I'm very proud of that work, which will continue this year. I've been observing a complex organization and trying to help steer a supertanker around a wave of change."

In her committee work, Powell draws on her background in framing organizational change: What's the best way to communicate a desired change? As evolutionary? Revolutionary? Transformational?

Communicating with the University community about the changes under way is a challenge she welcomes and nothing she takes for granted.

Class of 2020: Memories and Moments From a Long-Anticipated Celebration END_OF_DOCUMENT_TOKEN_TO_BE_REPLACED