Most of Us Forget People’s Names. Here’s a Way to Change That. 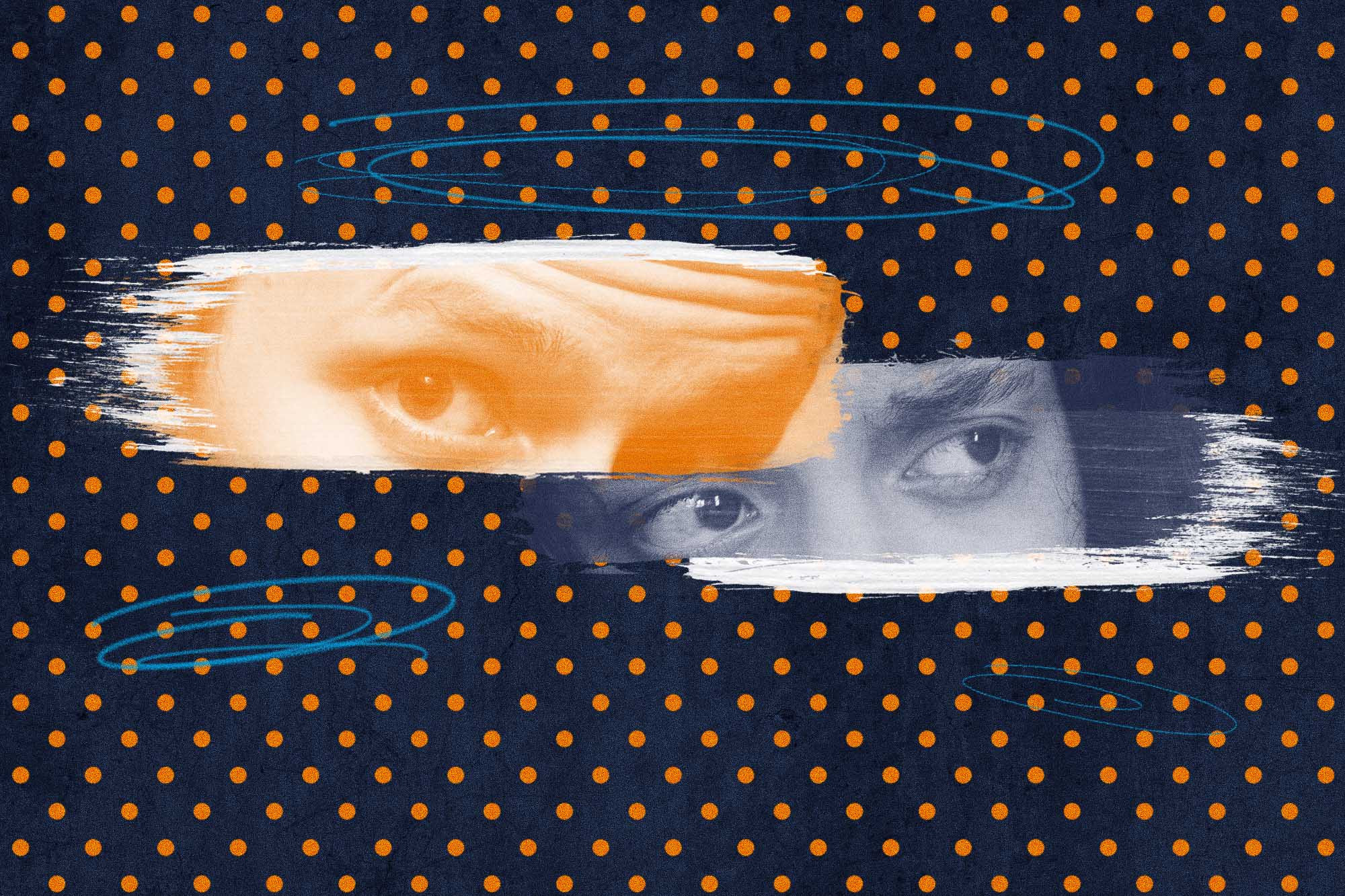 With face-to-face interactions resuming with the prevalence of the COVID-19 vaccine, people don’t always have the crutch of seeing a name under a face on a videoconference screen.

This got Daniel Willingham, a respected University of Virginia professor of psychology, thinking about names, why they are so hard to remember and what people can do to get better at name recall. He recently wrote about the topic for the Washington Post after poring over related psychological research.

UVA Today checked in with Willingham to share some if his thoughts with our readers.

Q. What have studies shown about why are names so difficult to remember?

A. It’s a little bit mysterious, and to the extent that it’s not mysterious, it gets pretty technical pretty quickly.

There’s conjecture about what the memory representation for names looks like and why it’s different than other types of memory representation. I think the part of it that is easy to explain and is pretty well agreed-on is that it’s not just the arbitrariness. That’s the thing you would think of – like, you see a face and their name could be anything. There’s really no hint at all about what their name is, based on what they look like.

But then when you think about that, there are other characteristics of individuals that are equally arbitrary that we seem to be able to hold onto better. If you tell someone your hometown or your occupation, they’re more likely to remember that than they are your name.

So, if I tell you what my occupation is, you feel like you have a richer portrait of me. For example, if you told me you’re a banker, I kind of know what hours you work, I can guess that you make a pretty good salary. I know a little something about what your likely education is. I can even guess a little bit about sort of the social circles you run in. And so, I get all this rich information just from your occupation. Whereas if you tell me your name, that doesn’t really do anything for me and, generally speaking, meaning is really good for memory. 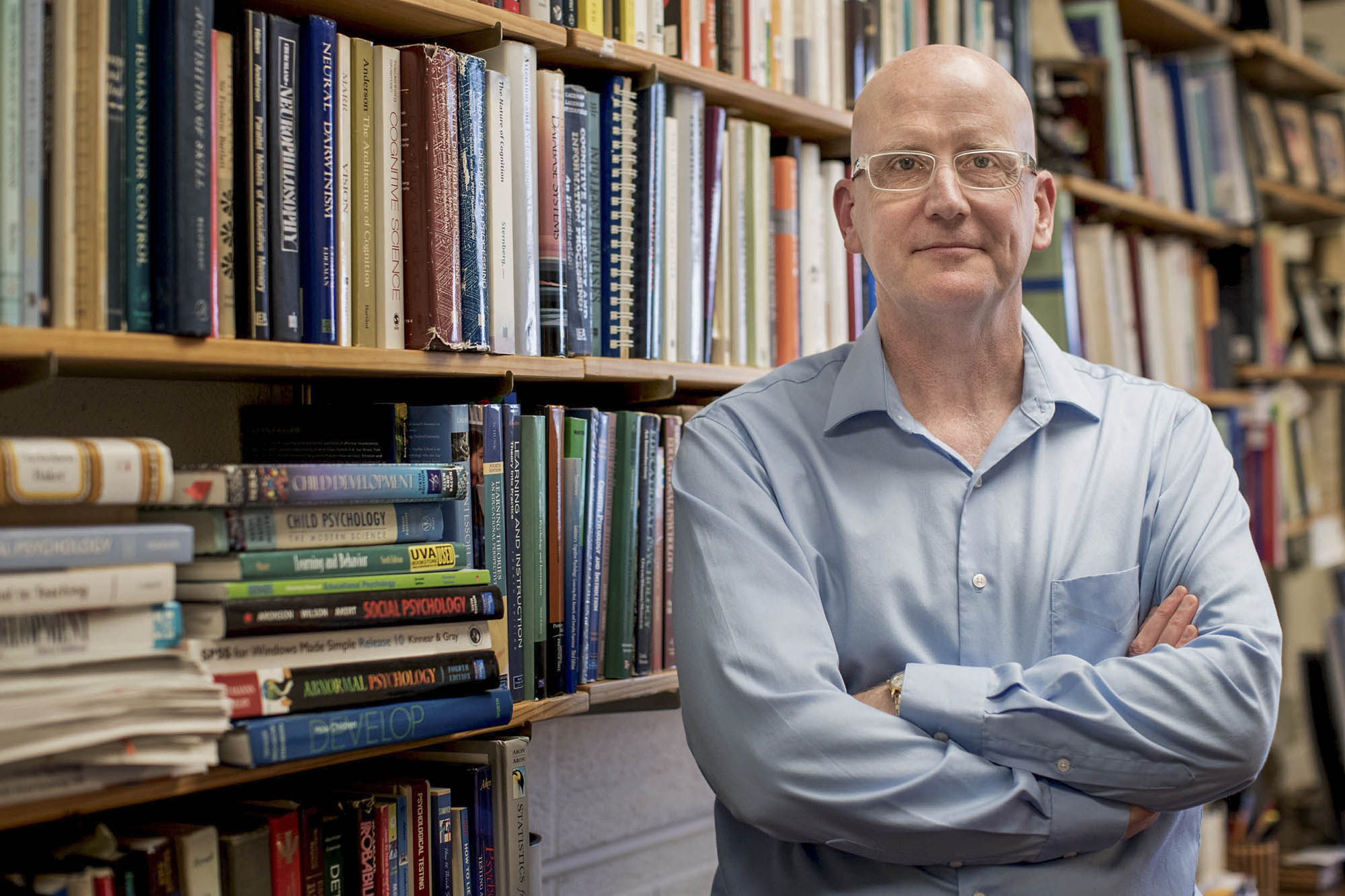 Q. You cited a particular experiment in your piece in the Washington Post in which subjects were shown photographs of faces with biographical information they were asked to remember. Can you describe that for our readers?

A. In this experiment, subjects would see a portrait, a photograph of a face, with the understanding they were later going to be asked to provide information about that person based on the picture. They would see a picture and then they might be told this person is a baker; and for others, they would see the next face and they would be told this person’s name is Baker. So, you get some snippet of information about the person.

What was clever about this was that for some subjects, they would see a face and would say this person is a baker and for others it would they would be told this person’s name is Baker. You have this very tight control between what people are hearing – in one case, obviously, the occupation, and then the other is the name. What you see is a quite robust difference in how well people remember the information and are much better remembering “baker” as an occupation than they are as a name.

Q. What are some common strategies people use to remember names? And why don’t they work?

A. Probably the most common strategy is repeating the name to yourself silently. So, you know, I meet you and you say, “Hi, my name is Jane.” And I say to myself, “Jane, Jane, Jane, Jane, Jane.” That just doesn’t work.

The thing that you’ll often read as advice to try is to make it meaningful. As I’ve said, part of the problem is a person’s face. That’s going to be your cue; it’s the face. And what you’re going to try and cobble up is the name based on that cue. But the connection between them is completely meaningless.

As I said above, one thing that you’ll often hear given as advice is to try and make it meaningful. So people will say, “Pick out some feature of the person that really stands out, like something about their face that’s really distinctive, and then associate that with their name.” If you meet someone named Sherry and you see she’s got very bright red hair, you’re going to imagine her face with little glasses of sherry wine in her hair. Then the idea is that next time when you see her, you’ll see her face, you think, “OK, I thought about her hair. That was the distinct feature.”

If you do this in the laboratory, it actually works pretty well. The problem is it doesn’t work very well in real life. And the reason for that is it’s a very mentally demanding task to recall the feature of this person’s face that is the most outstanding. What am I going to do with that? What sort of visual image am I going to create? How do I tie the name in? It’s just too much to think about all the time when you’re trying to meet the person and make a nice impression.

Most people, when they meet someone, they’re very concerned about presenting well and making good small talk and so on. You can’t very well tell the person, “Look, just stop talking for a second, because I know your name’s Jane, but I need to I haven’t picked out your facial feature yet, and I need to think.” That that doesn’t really work very well.

Experimenters have actually conducted experiments where they host undergraduates at little, sort of fake parties, where they actually put out peanuts and soft drinks and they tell people to mingle and meet one another and try to learn one another’s names. And they ask people to use the strategy where they try to generate these visual mental images. It doesn’t work very well.

Q. What’s the worst that can happen if you forget someone’s name? How would that make the other person feel?

A. People are unfortunately kind of hurt. Because everybody’s bad at remembering names, everybody, in a way, is sympathetic. And they’ll say, “Oh, of course you forgot my name, even though we know each other. But I forget names, too.” The truth is, they will also admit that they’re kind of hurt that you forgot.

In general, what seems to underlie that is we assume that people remember things that matter to them – and that is generally true. That’s an unsurprising principle of memory, that the more important something is to you, the more likely you are to remember it. So there is this social cost to briefly forgetting someone’s name, unfortunately.

Q. I’ve noticed that some people will repeat my name to me during a conversation. Is that a good way to remember someone’s name?

A. This is another strategy that some people recommend, and I don’t know that it’s been examined in the laboratory. One downside I’ve always felt to the approach of mentioning a person’s name a whole lot when you meet them, is that it pretty quickly gets into territory where you sound strange. If you keep repeating the person’s name over and over again, it does sound a little weird. So, I’ve never used that strategy myself.

Q. So, what can people do to better remember names?

A. A close strategy, basically similar to that of repeating a name in conversation, is that you don’t need to actually say it aloud. Instead, what you do is you just think to yourself, “OK, now what’s this person’s name? That’s Jane.” Do that five seconds after you meet the person, so that you’re certain that you’ve got it.

Sometimes you will be a little bit flustered when you meet someone and you’re thinking about something else, and so you actually miss the name. If you make a habit of, “Right after I meet someone, I should mentally rehearse it,” that way it ensures that if you did miss, it’s not too late at that point to say something like, I’m sorry. I didn’t really quite hear you when you introduced yourself.” So use that strategy immediately, and then maybe 20 seconds later, do it again. Think to yourself, “Well, now, what’s her name again? This is Jane.”

It’s not like coming up with the sherry wine visual image. It’s not very demanding at all. And so, you can continue to carry on a conversation. But it turns out it really does help memory quite a lot.

I mentioned before the experiment where they had undergraduates at the fake party. As part of the experiment, the people who were told to use that strategy did a whole lot better in remembering names.