Most Wahoos Ever Return for Reunions Weekend 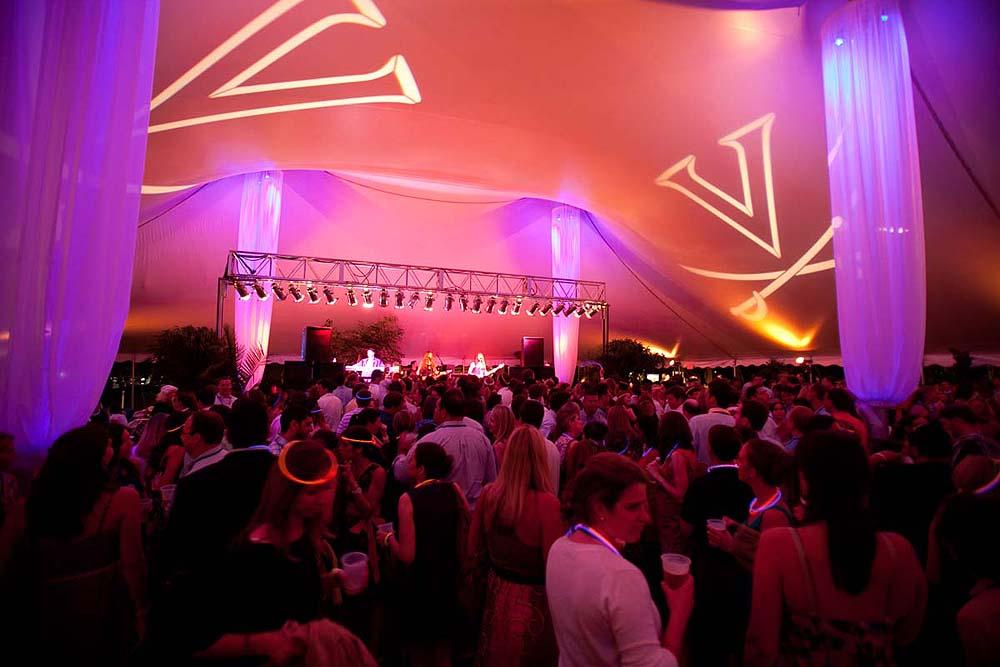 June 23, 2011 — The University of Virginia's 2011 Reunions Weekend, held June 2-5, drew the largest number of alumni in the history of the event and received the most reunion gifts, totaling $42.3 million.

The alumni enjoyed a long weekend filled with academic and social events, starting with a Thursday evening performance by hypnotist and crowd favorite Tom DeLuca, who has long performed for student audiences during the first days of the fall semesters.

Throughout the weekend, the Alumni Association delivered new events, including the "Taste of Charlottesville," which featured local restaurants and eateries. The weekend also included President Teresa A. Sullivan's first Reunions Weekend address, academic seminars, a tour of Grounds, lunches and dinners with classes and fraternities/sororities, music and dancing.

Reunions events were also videotaped for the second time this year. In these videos, alumni share why they returned to Grounds.

Mandy Locke, from the class of 2001, said, "I love being back in Reunions because for a second you feel 10 years younger and everything seems possible."

Catherine Ruedig Hunter, class of 2001, said she was glad to be back because "A, it's always 80 degrees and sunny. Not a cloud in the sky every time I come back to Charlottesville. And also I needed a fix of a side of house dressing," referring to a spread used at a favorite sandwich shop on the corner, Take It Away.

Julie Choe Kim, class of 1996, had a slightly different reason for attending Reunions. "I had to make sure my children were indoctrinated at an early age."

The U.Va. Alumni Association paid special attention to providing for the children with such events as the Kids Carnival and Cavalier Kids Day.

The weekend ended with brunch with politics professor Larry J. Sabato, director of the U.Va. Center for Politics. Tom Faulders, president and CEO of the Alumni Association, said in his introduction that Sabato is "so well-known among our alumni not because he's a political prognosticator extraordinaire; he is. It's not because he's written so many books; he has. It's not because he seems to appear on every TV show; he does.

"The reason he's really popular among alumni is A, he's a great professor and his classes are very full and very hard to get into. B, he's an unabashed supporter of all things U.Va. C, he votes for Mr. Jefferson in every presidential election. And finally, he's one of us, the proud alumnus of the class of 1974."

Sabato took the crowd for a little trip down "Future Lane," discussing "politics from this year, next year and maybe even the year after." Questions from the audience were dispersed throughout the entire presentation with Sabato offering his opinions and professional knowledge.

For photos and more details on the eventful weekend, visit the Reunions website.