Mother’s Antidepressant Use, Plus Infection, Linked to Neurodevelopmental Disorders 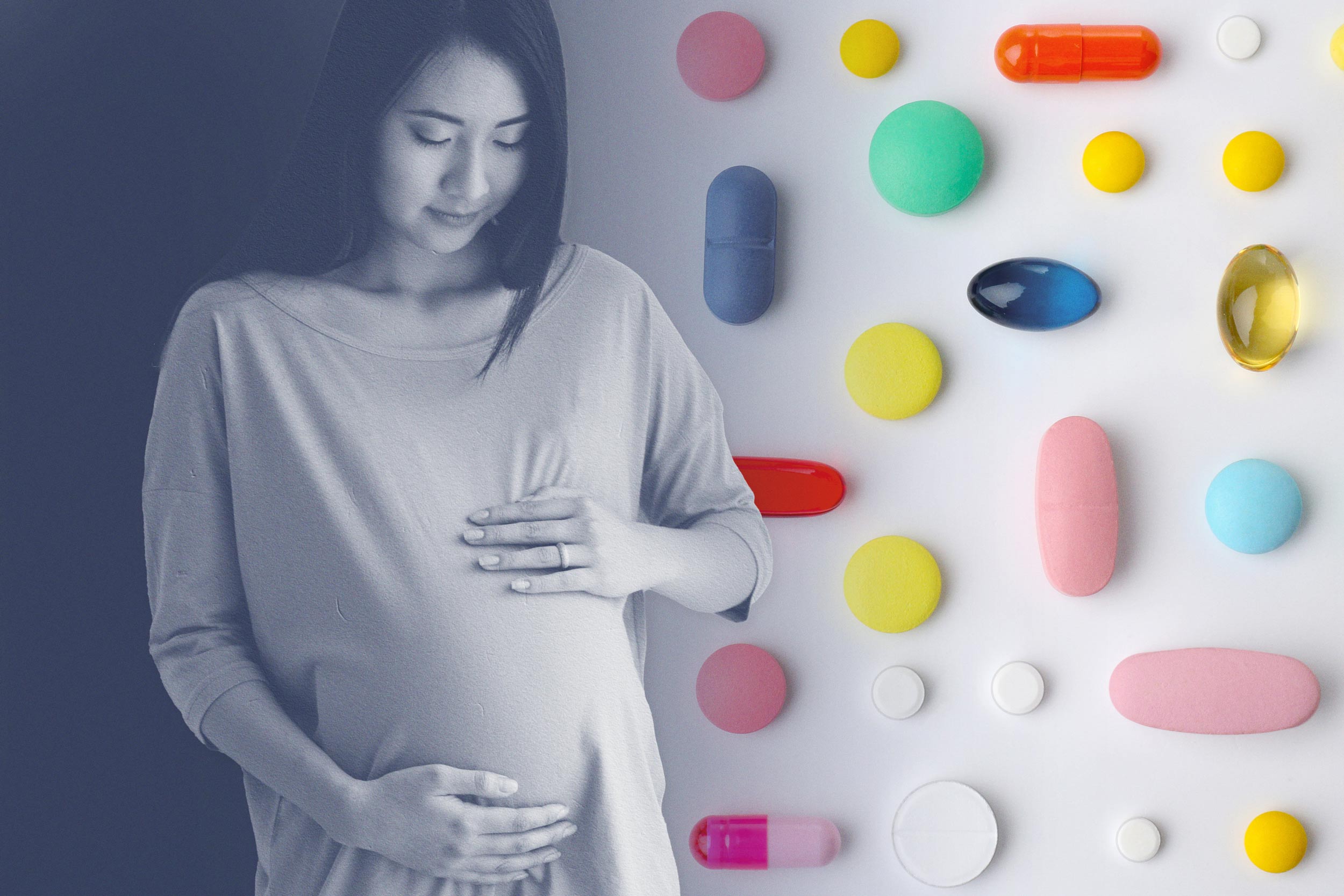 Antidepressant use during pregnancy, when combined with inflammation, may heighten the risk of lifelong neurodevelopmental changes in babies’ brains, such as those linked to autism, new research from the University of Virginia School of Medicine suggests.

A team of UVA neuroscientists found that commonly used antidepressants known as selective serotonin reuptake inhibitors, or SSRIs, can interact powerfully with inflammation in the mother’s body from infections or other sources. In lab mice, this interaction caused harmful changes in the placenta and the decidua – the direct connection between mother and child – and affected the developing brain.

“Our findings suggest that [SSRIs] can have deleterious consequences when mixed with infection, inflammation, etc.,” said senior researcher John Lukens of the UVA Department of Neuroscience and its Center for Brain Immunology and Glia, as well as the UVA Brain Institute. “Our results might help to explain the rise in autism prevalence over the last 20 years, as this time coincides with the rollout of widespread SSRI usage in the developing world.”

SSRIs are commonly used during pregnancy, being prescribed to 80% of pregnant women who need depression medication. The drugs are widely considered a safe option for managing depression in pregnant women, though there has been some evidence that they can increase the chances of premature delivery as well as up the risk of neurological issues and other health problems in children.

Lukens and his collaborators found that SSRIs can interact with the mother’s immune system to produce a strong inflammatory reaction at the “maternal-fetal interface,” the physical connection between mother and offspring during pregnancy.

The offspring of mouse mothers exposed to inflammation later showed sex-based behavioral changes like the behaviors seen in people with autism, such as diminished communication and decreased interest in social interactions. Such mouse models are widely used as an important autism research tool. 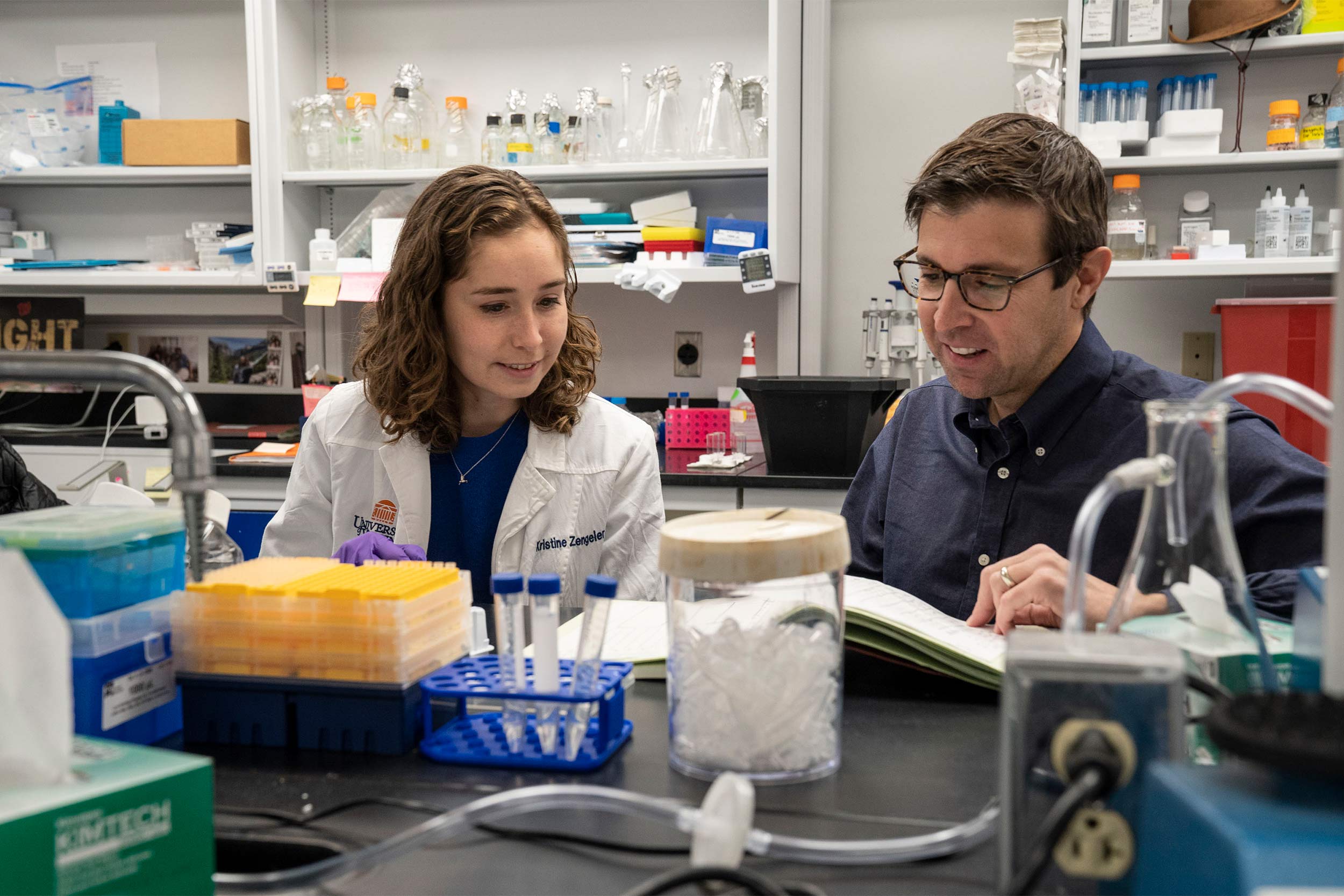 Kristine Zengeler, left, and John Lukens were part of the team that found a link between the use of antidepressants in pregnancy and neurodevelopmental problems in babies. (Photo by Dan Addison, University Communications)

“We identified inflammatory signatures in the placenta that correlated with neurologic changes in the adult offspring of mothers that encountered an immune challenge during pregnancy,” said researcher Kristine Zengeler, the first author of a new scientific paper outlining the findings. “These signatures could be used to help identify biomarkers and druggable targets to help mitigate neurodevelopmental consequences of prenatal environmental stressors, like an immune response.”

Prior research has shown that infections, autoimmune disorders and other conditions that alter a mother’s immune state during pregnancy can affect neurodevelopment. SSRIs, the UVA researchers believe, may be interacting with that inflammation and amplifying it, leading to permanent brain changes.

The results make sense, the researchers say, because of how SSRIs alter serotonin in the body. Serotonin is an important mood regulator. It’s often thought of as a “feel good” chemical in the brain, but it’s also a vital regulator of the body’s immune response. Developing infants receive serotonin only from their mothers via the placenta in the early stages of pregnancy, so disrupting serotonin levels in mom may have consequences for baby as well. 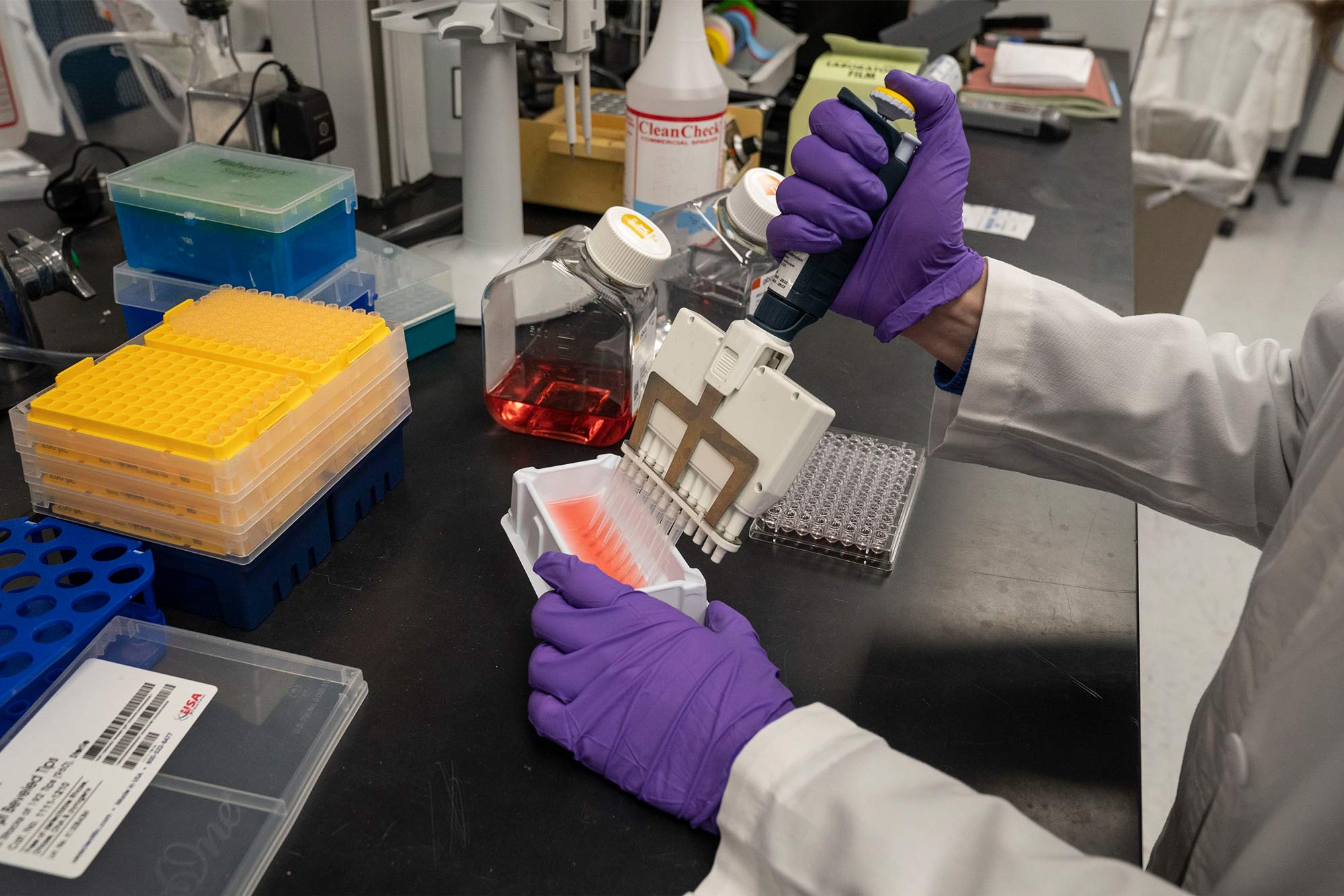 The interplay between SSRIs and inflammation during pregnancy may help explain an increase in autism diagnoses in children over recent decades. (Photo by Dan Addison, University Communications)

The researchers found that inflammation alone, and in combination with SSRIs, altered serotonin levels in the placenta in opposite directions. “We found that mothers who encountered an immune challenge during pregnancy showed a totally different signature in the placenta when they were on SSRIs compared to mothers that were not on SSRIs,” Zengeler said. “This highlights the importance of considering the entire prenatal environment, as drugs designed to dampen inflammation may lead to unanticipated consequences on the baby if they are combined with other modulators, such as SSRIs.”

The researchers noted that SSRIs are important tools for managing depression and emphasized that pregnant women should not stop taking them without consulting their doctors. Instead, the scientists are calling for additional studies, eventually in human subjects, to determine how the drugs may affect mother and child and to better understand the interactions of SSRIs and inflammation.

“Untreated maternal stress, depression and anxiety can all on their own perturb offspring neurodevelopment, contributing to adverse behavioral and cognitive outcomes,” the researchers write. “It will therefore be of utmost importance to consider both the relative benefits and potential consequences of SSRIs as a therapeutic option during pregnancy.”

The researchers have published their findings in the scientific journal Brain, Behavior and Immunity. The team consisted of Zengeler, Daniel A. Shapiro, Katherine R. Bruch, Catherine R. Lammert, Hannah Ennerfelt and Lukens. The researchers reported no financial interests in the work.

Lukens’ lab also recently made a discovery that could hold the key for boosting the brain’s ability to fight Alzheimer’s disease and multiple sclerosis.