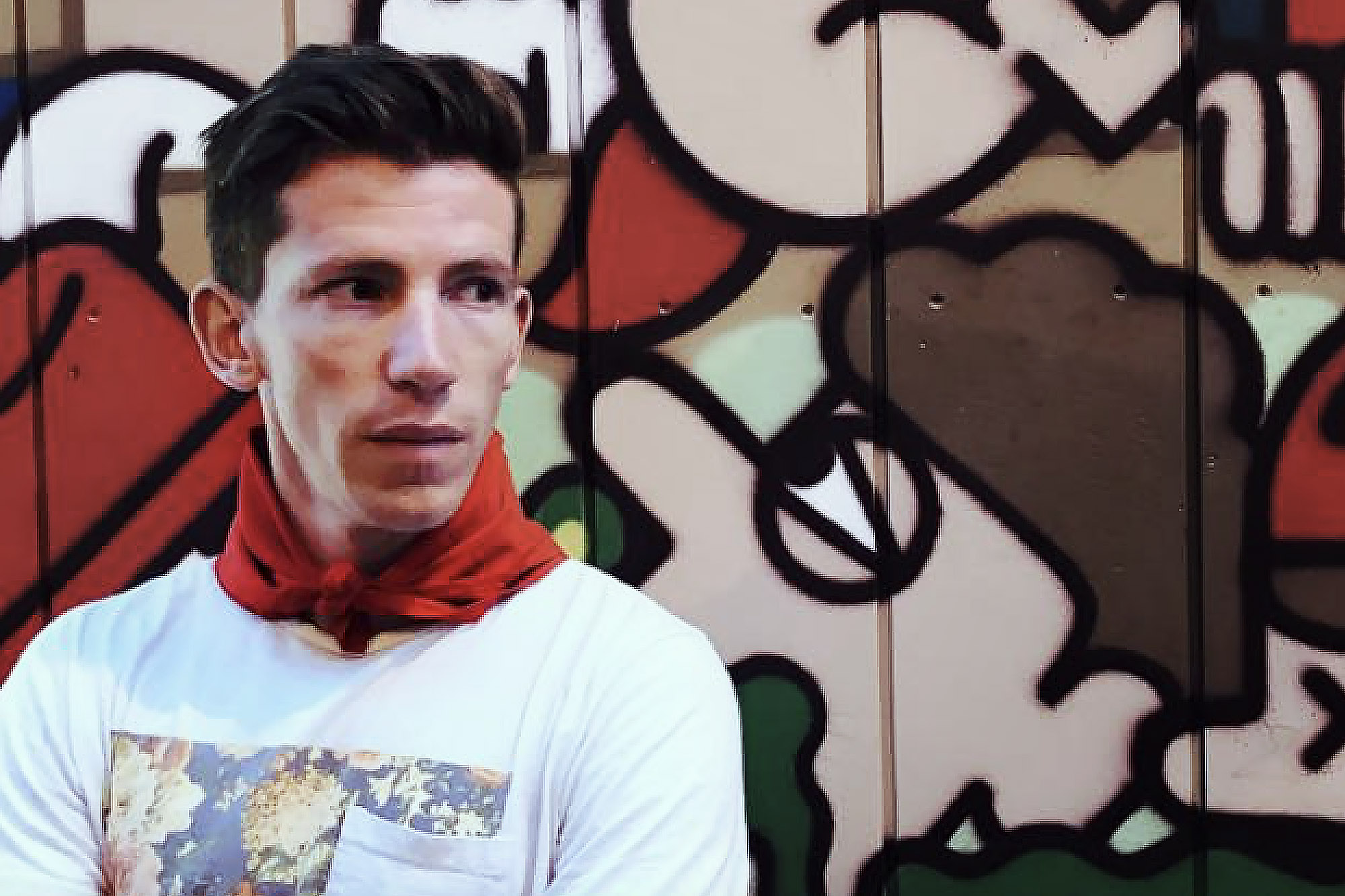 Last week was a busy one for Nate Scott.

He still had some decisions to make about how For the Win, one of the sports and entertainment sites Scott manages for USA Today, would cover the first NCAA basketball tournaments in nearly two years, with tales of pandemic precautions joining the usual “March Madness” mix of Cinderella stories and buzzer-beaters.

He had also just wrapped production on the third season of his USA Today podcast, “The Sneak,” which examines the intersection of sports and true crime. Scott and his team have previously investigated convicted murderer and notorious jewel thief Jack Roland Murphy and football player-turned-thief Anthony Curcio, whose most famous crime came complete with an inner tube escape route. For the latest season, out April 6, they focused on the 1982 disappearance of Mario Rossi, a NASCAR bigwig who boarded a plane in Philadelphia and was never seen again. Following Rossi’s trail led them to drug cartels, FBI informants and “all sorts of wild stuff,” as Scott put it.

And, amid all that, he still had his MBA courses to worry about.

Scott, a prolific writer, editor and storyteller who freely admits he had not taken a math course since high school, enrolled in the University of Virginia’s Darden School of Business Executive MBA program in September.

The program’s hybrid format, which combines online sessions with weekend residences (currently virtual) at Darden’s facility near Washington, D.C., allows Scott to continue working as a managing editor with USA Today while pursuing his MBA. Darden’s Batten Media Fellowship, which covers tuition and fees for up to three media professionals pursuing an MBA, made it financially feasible.

“I would not be at Darden without the Batten Fellowship,” Scott said. “It really allows someone with my background to pursue a degree, and I hope I am living up to the fellowship’s purpose, which is to really get people thinking, from a business perspective, about the future of journalism. I have really taken that to heart.”

Storytelling Amid the Madness

Questions about the future of journalism dogged Scott long before Darden, as he built a career in digital media, writing for outlets including ESPN, Newsweek and The Daily Beast before taking on editorial roles at Fox Sports, Vox Media and now USA Today. Those questions became especially urgent last March when, instead of the usual bustle of March Madness and end-of-season championships, nearly every sport stopped playing as the COVID-19 pandemic hit the U.S.

“For me, as an editor dealing with sports, that was a very crisis-inducing moment,” said Scott, who also manages USA Today’s Golfweek and MMA Junkie sites. While some sportswriters used the unexpected downtown to explore new angles or long-form pieces, For the Win had previously covered some pop culture, including shows like “The Bachelor” and “Game of Thrones,” and Scott and his team decided to lean heavily on those stories.

“We basically made the decision overnight to take roughly 80% of our staff and reassign them to culture stories, and we did that until sports started coming back,” he said. “We focused on trying to guide people through this strange new existence, with stories about Zoom backgrounds, or new stuff people could watch.”

The USA Today audience “really rolled with it,” Scott said.

“We really tried to meet our audience halfway, understand their new reality and create content for that, and they responded,” he said.

Now that sports have returned, Scott and his team are supplementing their usual coverage with stories about how COVID-19 is affecting events like the men’s and women’s NCAA basketball tournaments.

“We do have a responsibility to cover that side of [March Madness], as these are college athletes who are being asked to travel and get on the court, perhaps without being vaccinated yet,” he said. “Of course, we want to capture all of the enthusiasm, but there is this underlying narrative throughout that we will have to address.”

Fans are also hungry for information, as some teams have played sporadically, and several “blue-bloods” are missing from the field. The men’s tournament has been even more upset-prone than usual, with upsets including No. 2 seed Ohio State falling to No. 15 Oral Roberts University, which advanced to the Sweet Sixteen, and No. 1 seed Illinois losing to No. 8 Loyola-Chicago.

“There are more people than usual coming into this relatively blind, which is great for us as writers, because we get to find stories as people fall in love with players and teams,” Scott said. “We are writing more explainers and providing more context than we might typically.”

Unfortunately, one of the upsets on the men’s side included the reigning champion Virginia Cavaliers (yes, we will continue to use that moniker for at least a few more weeks). The No. 4 seed Hoos fell to No. 13 seed Ohio University in a tough 62-58 loss Saturday night.

Asked about the Hoos’ chances before the tournament began, Scott went a bit quiet.

“I have to come clean here,” he said. “A few years ago, I actually wrote an article in which I called Tony Bennett’s team ‘boring.’ … Yep, that was me. And now, I am a Hoo, and I feel a need to wipe it from the internet.

“A few friends will never let me live it down,” he said, laughing. “But that is in the past now.”

Old takes aside, Scott is glad he’s a Hoo now – and he can’t wait to spend more time with his Darden classmates. Like most students over the past year, he has had to do without the program’s in-person components so far.

“It has been equal parts wonderful and frustrating, not because of a lack of anything, but because the limited in-person interactions I have had with people in the program have been incredible, and it just makes me want to get to know them more,” he said. “I am learning an incredible amount, and honestly doing better than I would have thought, especially in the non-writing courses.”

He was shocked, for example, by how much he enjoyed his accounting course, taught by associate professor Shane Dikolli. 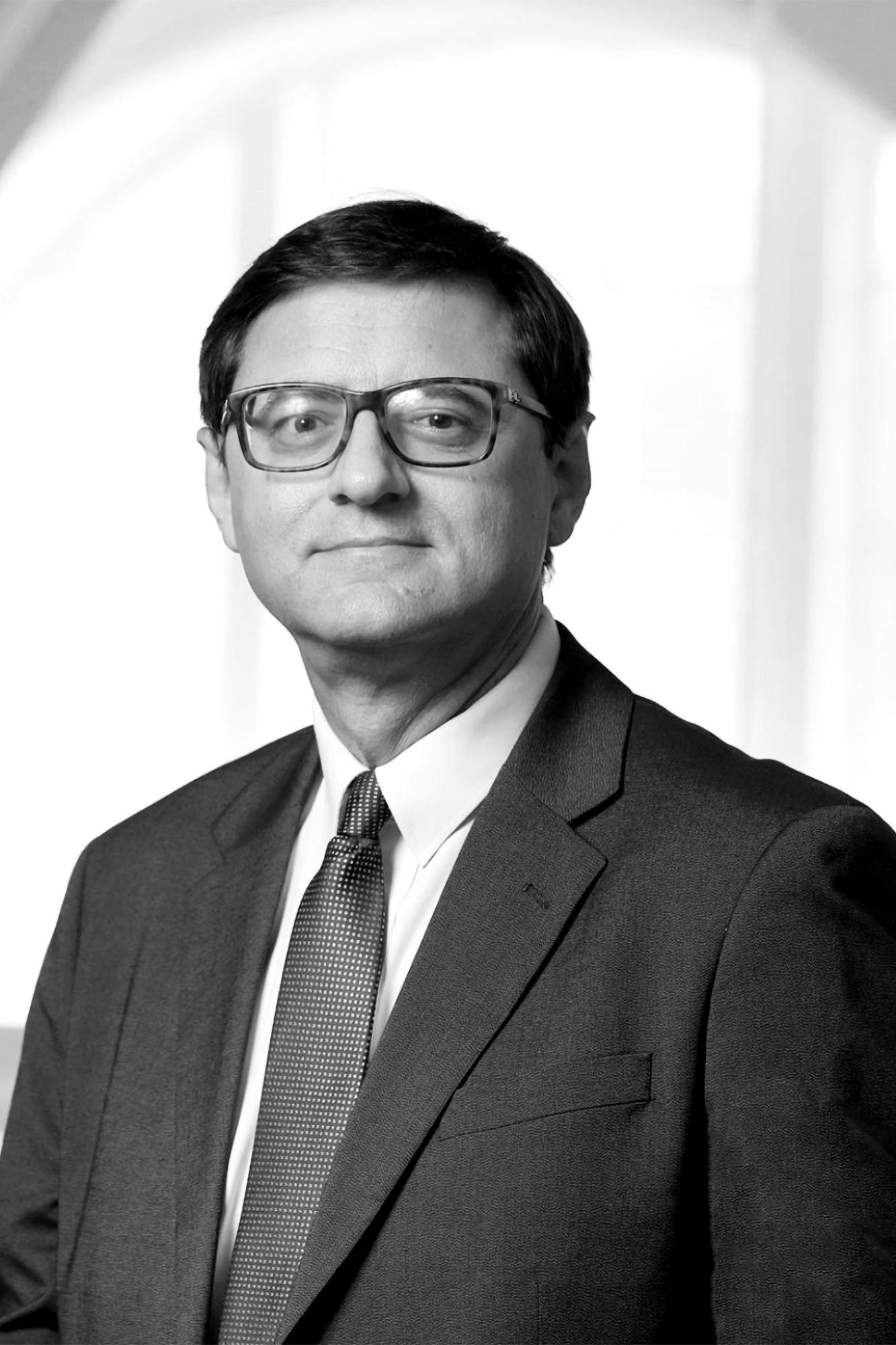 “He is such a smart guy, a really engaging professor, and so patient with me,” Scott said. “I am very much not a ‘math person,’ but I am engaged and enjoying it.”

He’s already applying what he has learned to his work at USA Today.

“I feel like I have gained a vocabulary and lexicon that enables me to go into meetings with our finance and sales teams and know what they are talking about, and be taken seriously,” he said.

“I have also thought a lot about our processes – how my writers work and how I can make that easier or more efficient. How can we streamline things? How can we free up time?” he said. “Darden has really encouraged me to think about things from an operational standpoint, and also to think about the bigger picture, and how we market our product, how we serve our audience and what the data is telling us.”

Looking toward the future of journalism, Scott sees a trend toward digital subscriptions, especially products closely tailored to give their audiences exactly what they are most interested in, whether that is local sports scores and weather – or true crime, like his “The Sneak” listeners.

“We want to create a product that is smart, informative and interesting, and that people will support and pay for, not because they feel like they should, but because they want to,” he said.

He is also excited about the close connections social media builds between audience and writer, whether on Twitter or on newer platforms like Clubhouse, which facilitates audio-only drop-in chats among its members.

“For me, that breakdown between audience and creator is really exciting,” Scott said. “I don’t know what Clubhouse will be, but right now you can log onto several apps and have an actual conversation with your favorite writers any time. … That is pretty cool, and I am excited to see where even the generation beyond me pushes that.”

After earning his MBA, he sees himself continuing to build his career at USA Today while also mentoring the younger writers he works with.

“They have incredible ideas and are so creative,” he said. “I think about what I have been through – producing a podcast, working on a documentary, building a website – and how I can transfer all that knowledge I have picked up in 15 years of doing this to the next generation, so that we can make their ideas a reality. That’s really exciting for me.”