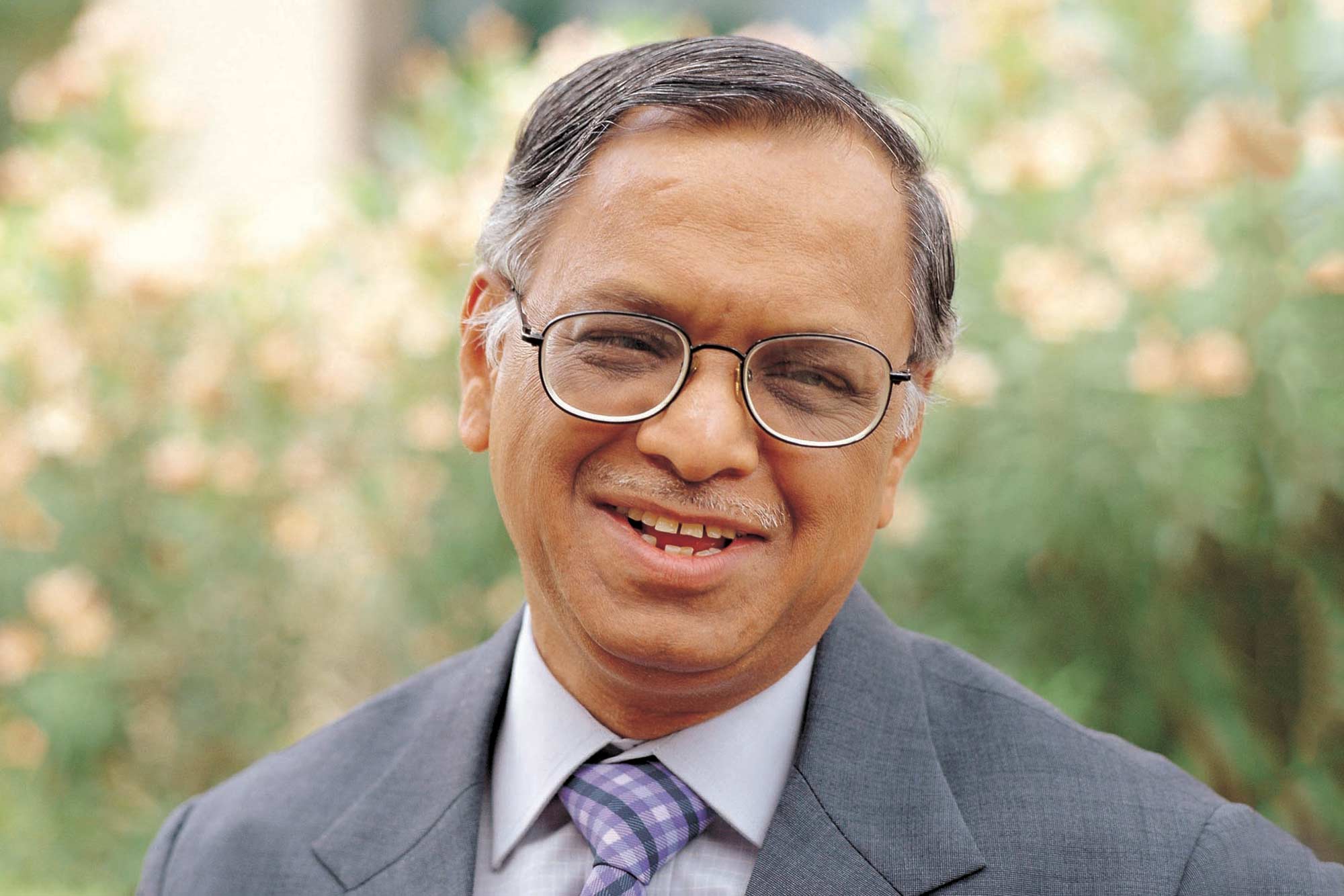 In 1981, Narayana Murthy founded Infosys, a global software consulting company headquartered in Bangalore. He served as Infosys’s CEO from 1981 to 2002, as chair and chief mentor from 1981 to 2011, and as chair emeritus from August 2011 to May 2013. Under his leadership, Infosys was listed on NASDAQ in 1999.

Murthy articulated, designed and implemented the “global delivery model,” which became the foundation for the huge success in IT services outsourcing from India. Having led key corporate governance initiatives in India, he also is an IT adviser to several Asian countries.

“In the early ’80s, as a computer engineer, Murthy seized what he saw as great potential in software services and built a company and ultimately an industry that has pioneered major changes in India’s business culture – creating jobs, raising business standards and launching a foundation to help the underprivileged,” said Scott C. Beardsley, dean of the University of Virginia’s Darden School of Business, which sponsors the Thomas Jefferson Foundation Medal in Global Innovation. “His innovations and leadership in the creation of a global software and services industry have created true value for humanity.”

Murthy serves on the boards of the Ford Foundation, United Nations Foundation and the Institute for Advanced Study in Princeton, New Jersey. He is a member of the University of Tokyo’s Global Advisory Board. He has served as a member of the HSBC board and the Unilever board. He has served on the boards of Cornell University, Wharton School, Rhodes Trust and the Graduate School of Business at Stanford University. He has also chaired the Indian Institute of Management, Ahmedabad.

In 2012, Fortune magazine listed him among the “12 greatest entrepreneurs of our time,” and The Economist ranked him among the 10 most-admired global business leaders in 2005. In 2014, he was ranked 13th among CNBC’s 25 global business leaders who have made maximum impact on society during the last 25 years. Murthy is ranked among the top 10 of the Financial Times’ list of “Business pioneers in technology,” published in March 2015. He is the first Indian winner of Ernst and Young’s World Entrepreneur of the Year award.

Murthy is a foreign member of the U.S. National Academy of Engineering and a fellow of the Indian National Academy of Engineering. He received the 2012 Hoover Medal. The Tech Museum in San Jose, California awarded him the James C. Morgan Global Humanitarian Award in 2012. He received the 2007 Ernst Weber Medal from the Institute of Electrical and Electronics Engineers, USA.

He has also received the Max Schmidheiny Liberty Prize. He has appeared in rankings of businessmen and innovators published by BusinessWeek, Time, CNN, Fortune, Forbes, Financial Times and India Today.

He is also a trustee of the Infosys Science Foundation, which governs the Infosys Prize, an annual award, to honor outstanding achievements of researchers and scientists across six categories.

To mark the occasion of his receiving the Thomas Jefferson Foundation Medal in Global Innovation, the Darden School of Business will host a public talk by Murthy on April 12 from 1:30 to 2:30 p.m. at Darden’s Abbott Center Auditorium.

What Is the ‘4th Side’? END_OF_DOCUMENT_TOKEN_TO_BE_REPLACED