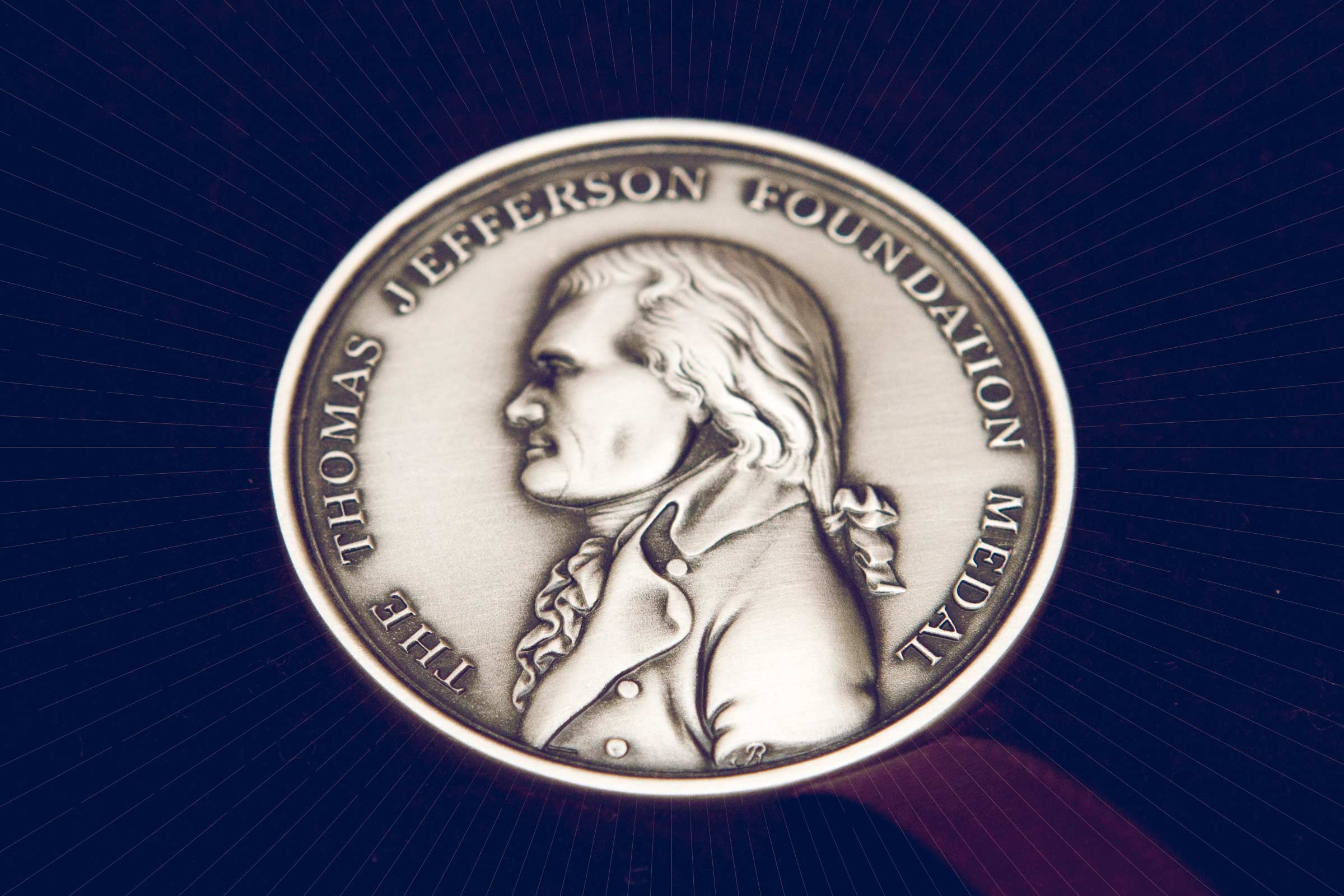 “This year’s medal recipients represent a remarkably broad range of human endeavor. The common denominator is that all of them have ascended to significantly high levels of achievement in their respective fields,” said UVA President Teresa Sullivan.

The medals are the highest external honors bestowed by the University, which grants no honorary degrees. The awards are presented annually on Jefferson’s birthday, April 13, by the president of the University and the president of the Thomas Jefferson Foundation, the independent, nonprofit organization that owns and operates his home, Monticello. April 13 is known locally as Founders Day, celebrating Jefferson and his founding of UVA in Charlottesville in 1819.

“This year’s medalists embody Jefferson’s vision of global citizenship and his relentless dedication to human progress and innovation,” said Leslie Greene Bowman, president and CEO of the Thomas Jefferson Foundation.

Bowman and Sullivan will present the medals, struck for the occasion, to the recipients at a luncheon in in the Dome Room of the Jefferson-designed Rotunda at UVA. The medalists in Architecture, Law, Citizen Leadership and Global Innovation will each give a free public lecture at UVA, and will be honored at a formal dinner at Monticello.

The complete schedule of events for Founder’s Day can be found on the Founder's Day website.

The Citizen Leadership medalist, Alice Waters, will also be the featured keynote speaker at Monticello’s commemoration of Jefferson’s 274th birthday on April 13 at 10 a.m. on the West Lawn of Monticello. The celebration is free and open to the public. The ceremony will be live streamed online here.

Q&A: Assessing the Risks and Rewards of Pelosi’s Plan to Visit Taiwan END_OF_DOCUMENT_TOKEN_TO_BE_REPLACED

These Giant Wind Turbines, Inspired by Palm Trees, May Be the Future of Renewable Energy END_OF_DOCUMENT_TOKEN_TO_BE_REPLACED