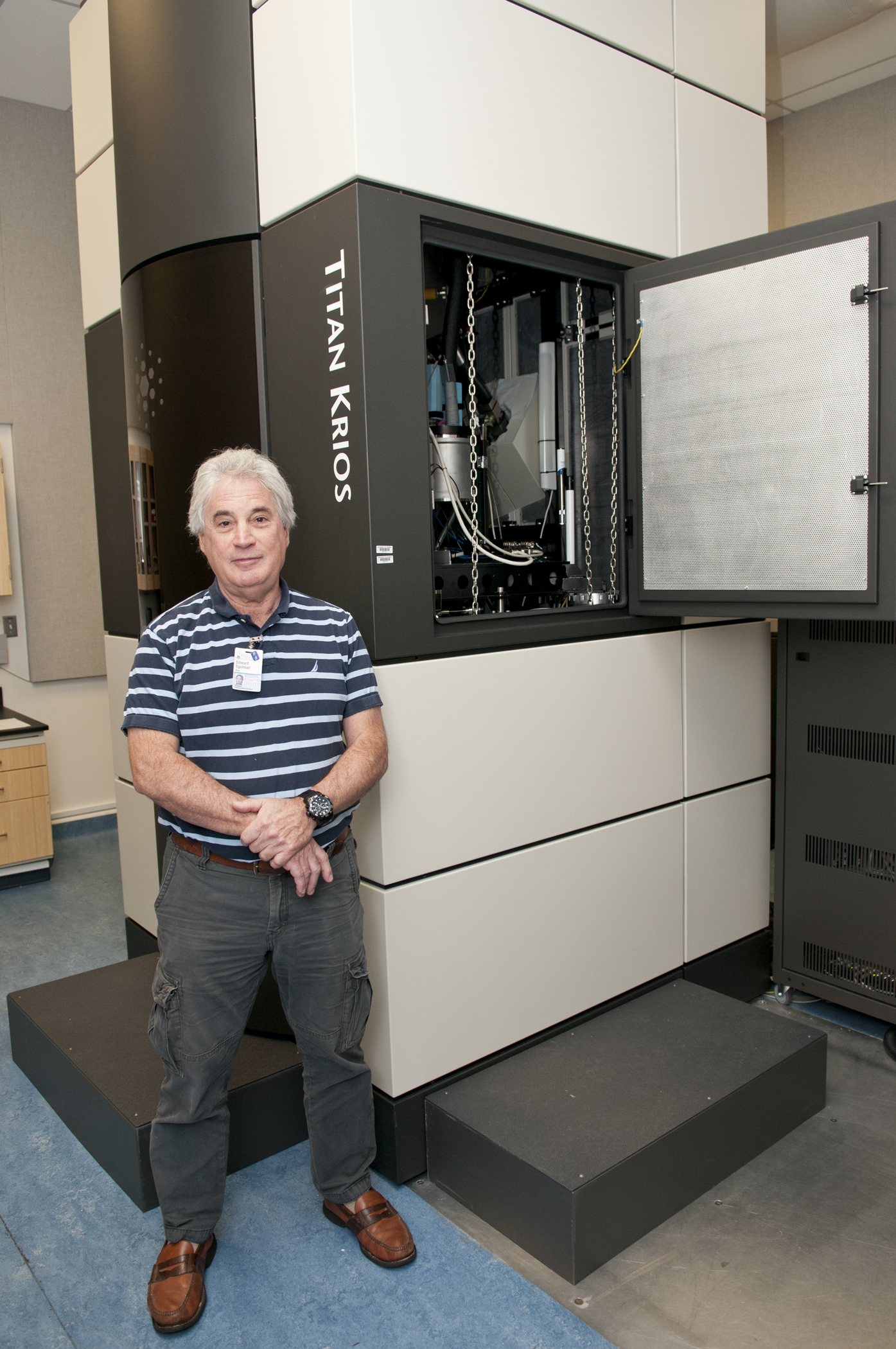 By unlocking the secrets of a bizarre virus that survives in nearly boiling acid, scientists at the University of Virginia School of Medicine have found a blueprint for battling human disease using DNA clad in near-indestructible armor.

“What’s interesting and unusual is being able to see how proteins and DNA can be put together in a way that’s absolutely stable under the harshest conditions imaginable,” said Edward H. Egelman of the Department of Biochemistry and Molecular Genetics. “We’ve discovered what appears to be a basic mechanism of resistance – to heat, to desiccation, to ultraviolet radiation. And knowing that, then, we can go in many different directions, including developing ways to package DNA for gene therapy.”

Finding effective packaging for DNA delivery is important because the human body has many ways to degrade and remove foreign DNA; that’s how it combats harmful viruses. But that protective mechanism becomes a major obstacle for doctors seeking to use genes to battle disease. Creating an impenetrable packaging would overcome that problem, and this strange virus offers a promising template.

The virus, SIRV2, infects a microscopic organism known as Sulfolobus islandicus that lives in what Egelman described as “extremely unusual” conditions: acidic hot springs where temperatures top 175 degrees Fahrenheit. The research identified surprising similarities between the SIRV2 virus and the spores bacteria form to survive in inhospitable environments.

“Some of these spores are responsible for very, very horrific diseases that are hard to treat, like anthrax,” Egeleman said. “So we show in this paper that this virus actually functions in a similar way to some of the proteins present in bacterial spores.”

Spores are also formed by C. difficile, which now accounts for approximately 30,000 deaths per year in the U.S. and has been classified by the Centers for Disease Control and Prevention as having a threat level of “urgent.”

“Understanding how these bacterial spores work gives us potentially new abilities to destroy them,” Egelman said. “Having this basic scientific research leads in many, many directions, most of which are impossible to predict, in terms of what the implications are going to be.”

So how does the virus survive such inhospitable conditions? SIRV2, it turns out, forces its DNA into what is called A-form, a structural state identified by pioneering DNA researcher Rosalind Franklin more than a half-century ago.

“This is, I think, going to highlight once again the contributions she made, because many people have felt that this A-form of DNA is only found in the laboratory under very non-biological conditions, when DNA is dehydrated or dry,” Egelman said. “Instead, it appears to be a general mechanism in biology for protecting DNA.”

Egelman and his colleagues were able to crack the mystery only because of the remarkable power of U.Va.’s new Titan Krios electron microscope. Buried deep below Fontaine Research Park, the massive microscope is insulated within many tons of concrete to provide the stability needed to examine biological samples in previously impossible detail. The microscope is one of only a few of its kind in the world, and was funded, in part, by the National Institutes of Health. Researchers from far and wide, both at U.Va. and beyond, are tapping its power.

Egelman’s findings are among the first to result from U.Va.’s Titan, but others are expected to follow soon.

The discovery has been described in the prestigious scientific journal Science (subscriber access only) in an article whose authors are Frank DiMaio, Xiong Yu, Elena Rensen, Mart Krupovic, David Prangishvili and Egelman.

What’s Next for UVA’s Class of 2022? END_OF_DOCUMENT_TOKEN_TO_BE_REPLACED