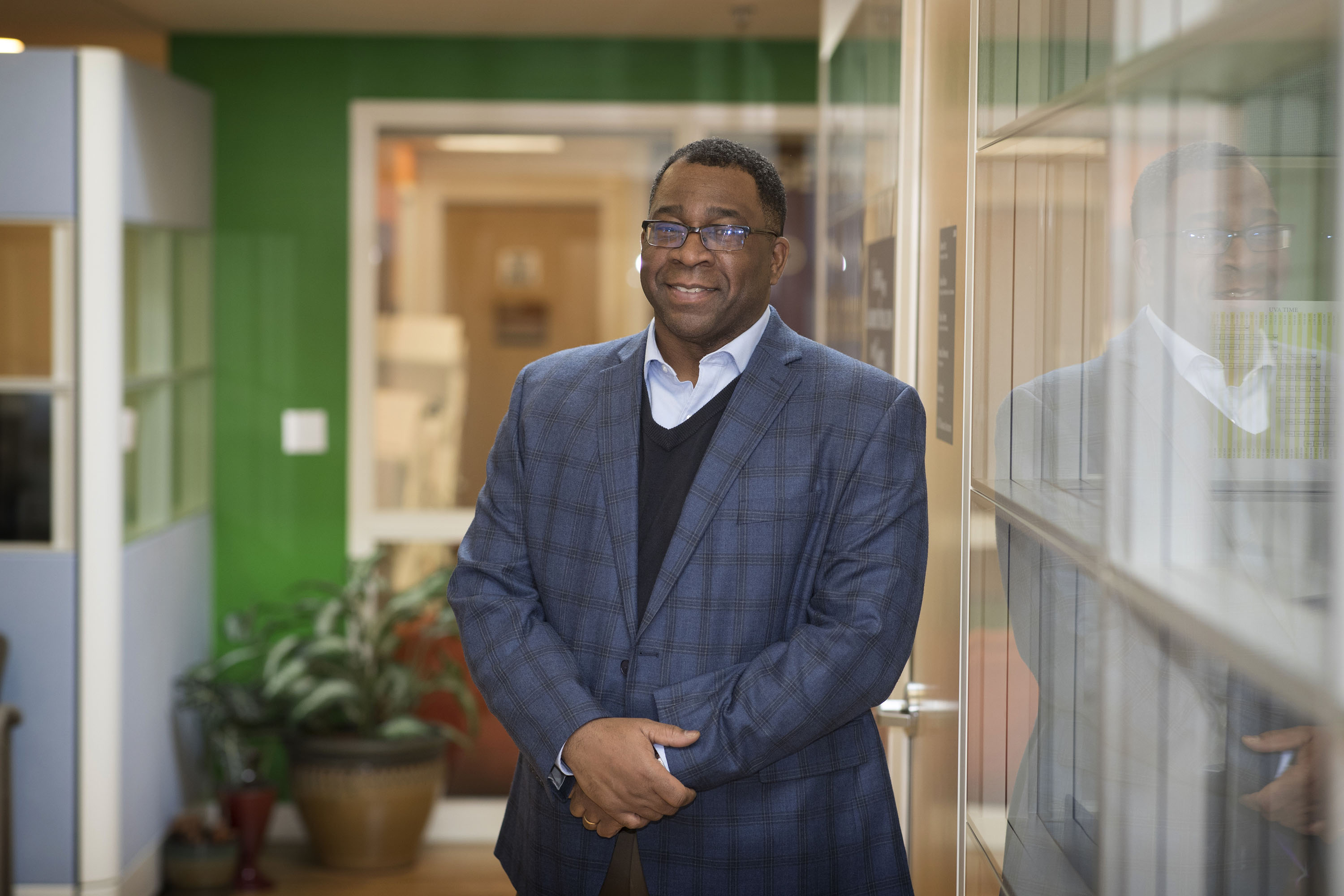 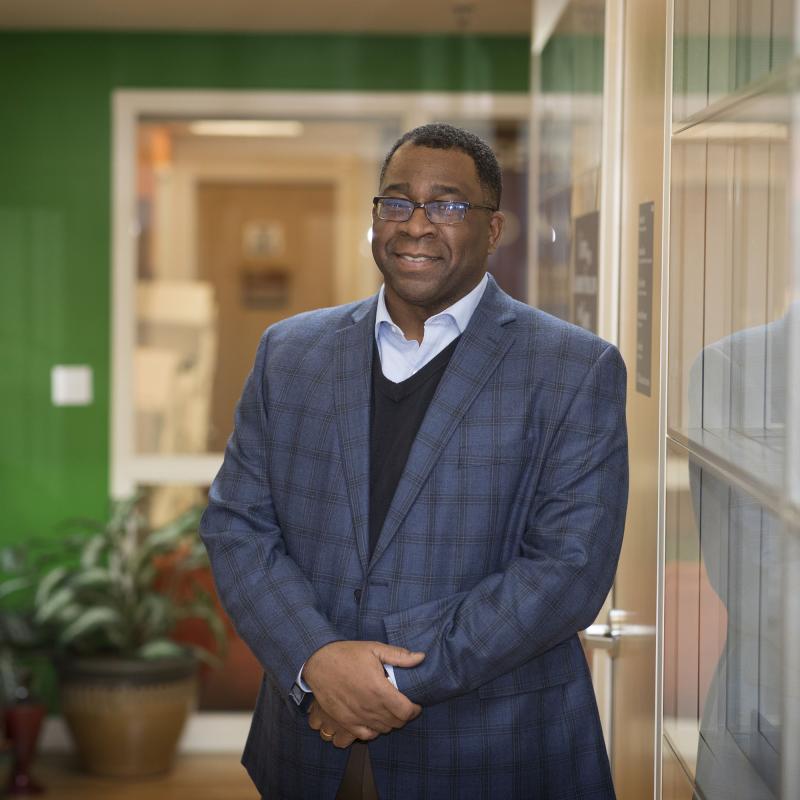 Through a fund he recently started, Batten School professor Brian N. Williams is encouraging students to engage with members of the Charlottesville community.

Brian N. Williams was in elementary school when a white classmate asked him something he would never forget.

“He said, ‘When you die, will you go to the black heaven or the white heaven?’” Williams recalled.

Williams, an African-American, didn’t know how to respond.

It was the early-1970s, and schools in Williams’ hometown of Thomasville, Georgia hadn’t been fully desegregated for long. Like many places in America, there was still a substantial racial divide.

Luckily, Williams’ parents implored him and his siblings to go beyond those silos. 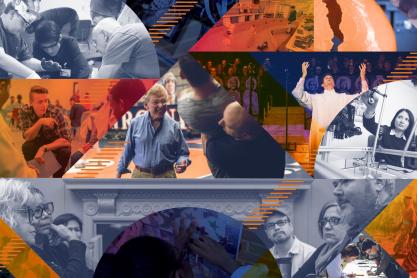 “One of the things they really stressed to us was the need to be engaged, but also the need to be exposed,” said Williams, who is now an associate professor at the University of Virginia’s Frank Batten School of Leadership and Public Policy. “That was something I thought really benefitted us growing up, because we grew up during a time that was different. Segregation was no longer legal, but it was practiced. You went to schools together, but you still had a disengagement.

“My parents were intentional about getting us exposed to and engaged with others who were different – so we could learn from them and they could learn from us, and we could find a way to start building bridges.”

In memory of his parents, who were lifelong educators, Williams oversees the Morris E. and Frances G. Williams Community Engagement Student Assistance Fund. The goal of the fund is to encourage student-led engagement efforts within Batten.

Williams’ younger brother, Rodd, provided the initial seed money for a similar fund in 2006 while Brian Williams was working at the University of Georgia. Since then, the brothers have added to the fund at UGA every year.

“My parents were intentional about getting us exposed to and engaged with others who were different – so we could learn from them and they could learn from us, and we could find a way to start building bridges.”

Williams, who joined the UVA faculty in the fall, witnessed the violent August 2017 “Unite the Right” rally in Charlottesville from afar and believed he could make a difference.

“I thought [the fund] would be a good way to encourage and bring together people from across Grounds and the community to engage in just some basic stuff – ‘How do we get to know each other and kind of humanize each other?’” he said. “How do we come to appreciate the different lived experiences that others have had that shaped their prism in how they view the world?”

Seated at round tables, participants engaged in back-and-forth discussions about what a healthy relationship and productive partnership between the public and police officers looks like.

One community member said he was being “ostracized” by his neighbors for trusting local enforcement.

Charlottesville Police Sgt. Robert Haney responded by encouraging the community member to engage in deeper discussions with the neighbors.

“We have to understand why they don’t trust the departments and how we can build a trusting relationship,” Haney said. “It’s paramount that we understand the needs of the community, and vice versa, in order to truly reach the ‘we’ that we both want.

“Sometimes those conversations will be difficult, but we have to be willing to understand where we are each coming from in order to build trust and legitimacy.”

Local resident Michael Chen said there needed to be a recognition that community members and law enforcement experienced a “mutual trauma” from the events of August 2017.

“There was trauma on the side of oppressed minority communities,” Chen said. “On the flip side, there was a perception that the police just stood there and really did very little to protect both citizens and counter-protestors …

“I think there has to be an acknowledgement that policing is a very hard, demanding job and they are human beings who have also been traumatized. … That might be a way forward.”

Jalon Daniels, a second-year student in Williams’ course who serves as UVA’s Black Student Alliance political chair, said the Central Virginia Learning Exchange event made him come to understand how policy reform requires collaboration from so many different perspectives. He said it also reminded him that police officers aren’t always consulted about public policy decisions – something he said must be frustrating.

“I realized that as an activist and aspiring policymaker, I must be cognizant of the potential to overstep my authority,” Daniels said.

Williams’ work with the Kettering Foundation, a non-partisan research group that examines democracy, has influenced him to approach his work with the basic question of, “What’s the problem beyond the problem?”

“I think a lack of civic engagement is the problem behind a lot of the problems we face within our society,” he said. “We just don’t have ways to bring people together and say, ‘OK, this is a problem we all share, how do we address it in a way that can be productive as opposed to counterproductive?’

“I think what that requires is more seats around the table to provide more perspectives.”

Williams’ fund supports events like the Central Virginia Learning Exchange, but it can also fund less formal activities. Williams envisions discussions between students and community members based around movies such as, “The Hate U Give.”

“Having meaningful conversations is so, so important in tearing down what we perceive to be barriers that separate us,” Williams said. “And it can be beyond race. It can be class, how we view the world. I think how we get people together is so, so important.”

“Having meaningful conversations is so, so important in tearing down what we perceive to be barriers that separate us.”

Williams feels a responsibility in doing it at UVA.

“We’re in a position to do something for people today, but also for the folks coming after us,” he said. “I think it’s incumbent for us to address those problems. How do we leave a place better than what we found it? I think that’s one of the driving forces for me – something that was instilled in me by my parents.”

When he reflects on his childhood, Williams feels fortunate that his parents pushed him and his siblings beyond their comfort zones.

“It forced me to challenge the narrative that was being projected by the broader society at that time,” Williams said. “We’re all human. We all have strengths and weaknesses. No one should be demonized, just like no one should be deified. We should all be humanized.” 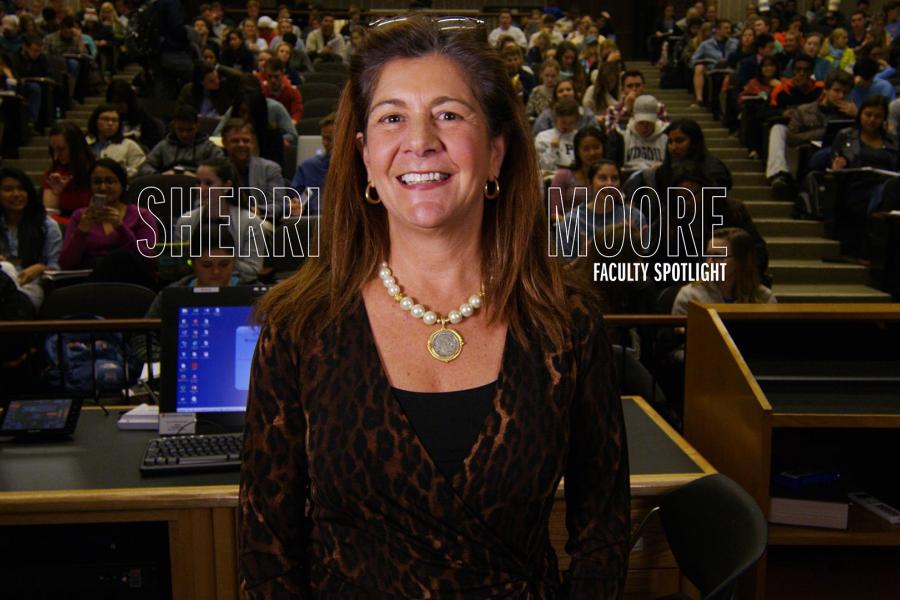 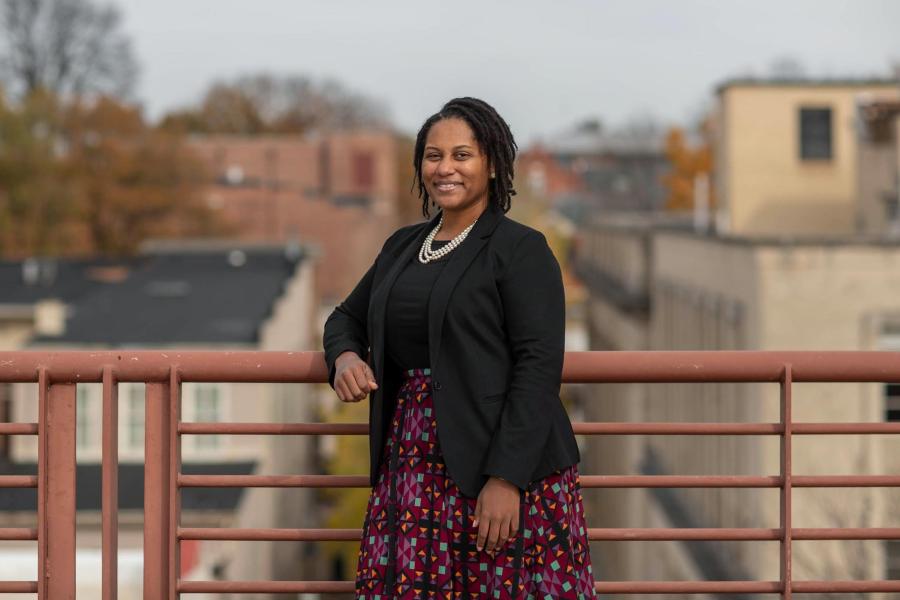 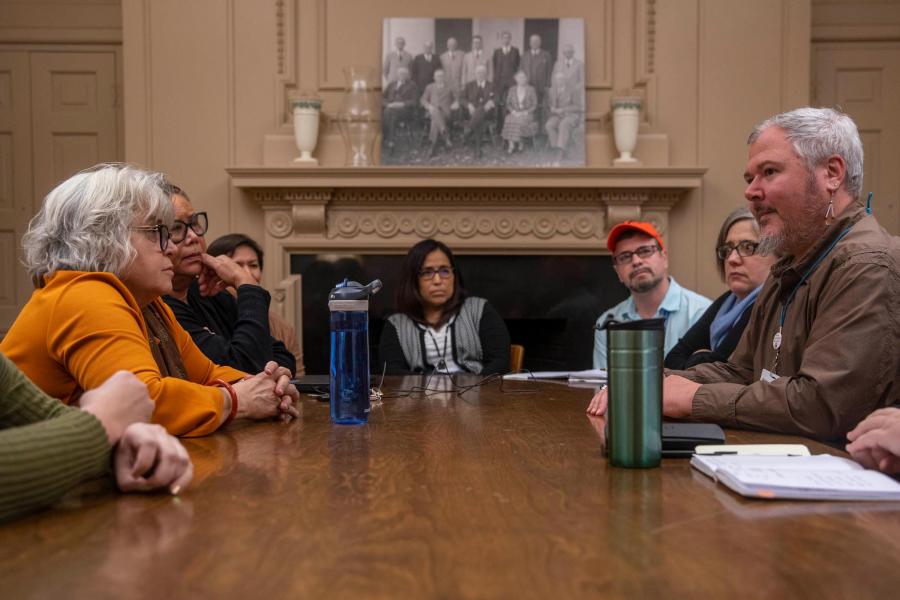