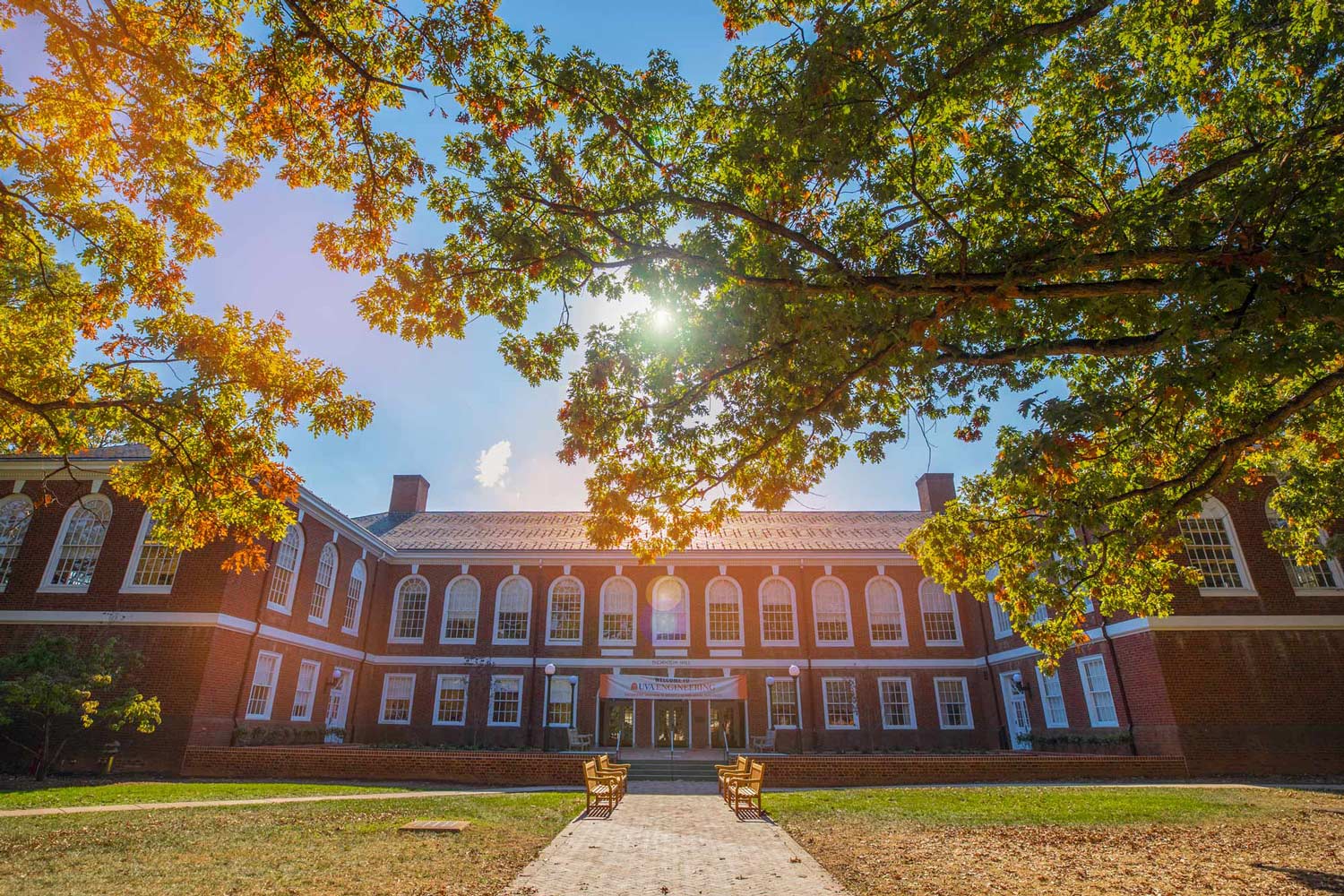 A new A. James Clark Scholars Program in the University of Virginia’s School of Engineering and Applied Science, funded by a $15 million gift from the A. James and Alice B. Clark Foundation, will provide financial aid and academic opportunities for undergraduate students who are underrepresented in the engineering field. The new program was announced Thursday at UVA’s Board of Visitors meeting.

The University will match the Foundation’s gift dollar-for-dollar – establishing a $30 million endowment – drawing from the Bicentennial Scholars Fund the Board of Visitors created last year. The Bicentennial Scholars Fund, supported by both private donations and UVA’s Strategic Investment Fund, could reach up to $300 million for student scholarships.

The late A. James Clark, former president of the Maryland-based Clark Construction, never forgot that his business successes began with an engineering scholarship. This has guided the Clark family’s longstanding investments in engineering education.

“Mr. Clark believed in connecting effort with opportunity; we are proud to establish the Clark Scholars Program at UVA and support young engineers from diverse backgrounds and perspectives,” said Joe Del Guercio, president and CEO of the A. James and Alice B. Clark Foundation. “The matching gift from the University will help us make a significant and lasting contribution to so many students’ lives and careers and prepare them to excel in their chosen field.”

The UVA Clark Scholars Program will provide financial aid to students with high potential from backgrounds that are underrepresented in the engineering field, including racial and ethnic minorities, women, students with disabilities and first-generation college students. The first cohort of Clark Scholars will enroll next fall.

“The Clark Scholars program is a powerful affirmation of UVA Engineering’s core value that diversity builds excellence,” said Engineering Dean Craig Benson. “This endowment will provide an extraordinary, life-changing opportunity for future engineers, who will benefit from the rich experiences our comprehensive University offers its students. Clark Scholars will learn to become engineering leaders, and then they will go on to contribute their diverse perspectives and talents to solve some of the world’s most-pressing challenges. Top employers will pursue these diverse and highly qualified engineers.”

The Clark Scholars’ core curriculum, which reflects A. James Clark’s values in business and in service to his community, includes engineering study with a minimum of two business classes, a six-week preparatory program, community service activities, participation in enrichment seminars, mentorship opportunities and events with leaders in the field.

As part of its commitment to build a pipeline of future engineers, the Foundation has partnered with some of the nation’s leading engineering institutions to financially support students who exhibit strong academic and leadership potential, including The George Washington University, Johns Hopkins University, Vanderbilt University and Virginia Tech. In addition to engineering scholarships, the A. James and Alice B. Clark Foundation invests in D.C. education and community-based initiatives as well as veteran reintegration support.

Each year, UVA Clark Scholars will be selected by officials from the Office of Undergraduate Admission, Student Financial Services and the Engineering School, focusing on high-achieving students with demonstrated financial need from underrepresented backgrounds. All applicants to the school will automatically be considered. Next year’s inaugural cohort, drawn from applications for UVA’s Class of 2022, will include 15 scholars. Subsequent classes are projected to include 60 to 80 students each year.

The University’s matching gift makes the UVA Clark Scholars Program the largest among those currently established.

“The Clark Scholars Program is a great example of the impact that the Strategic Investment Fund and the Bicentennial Scholars Program can have,” Vice President for Advancement Mark Luellen said. “It allows the University to take a wonderful gift and maximize its impact to provide extraordinary access for more students.”

At UVA, There Is a Club for Everyone END_OF_DOCUMENT_TOKEN_TO_BE_REPLACED