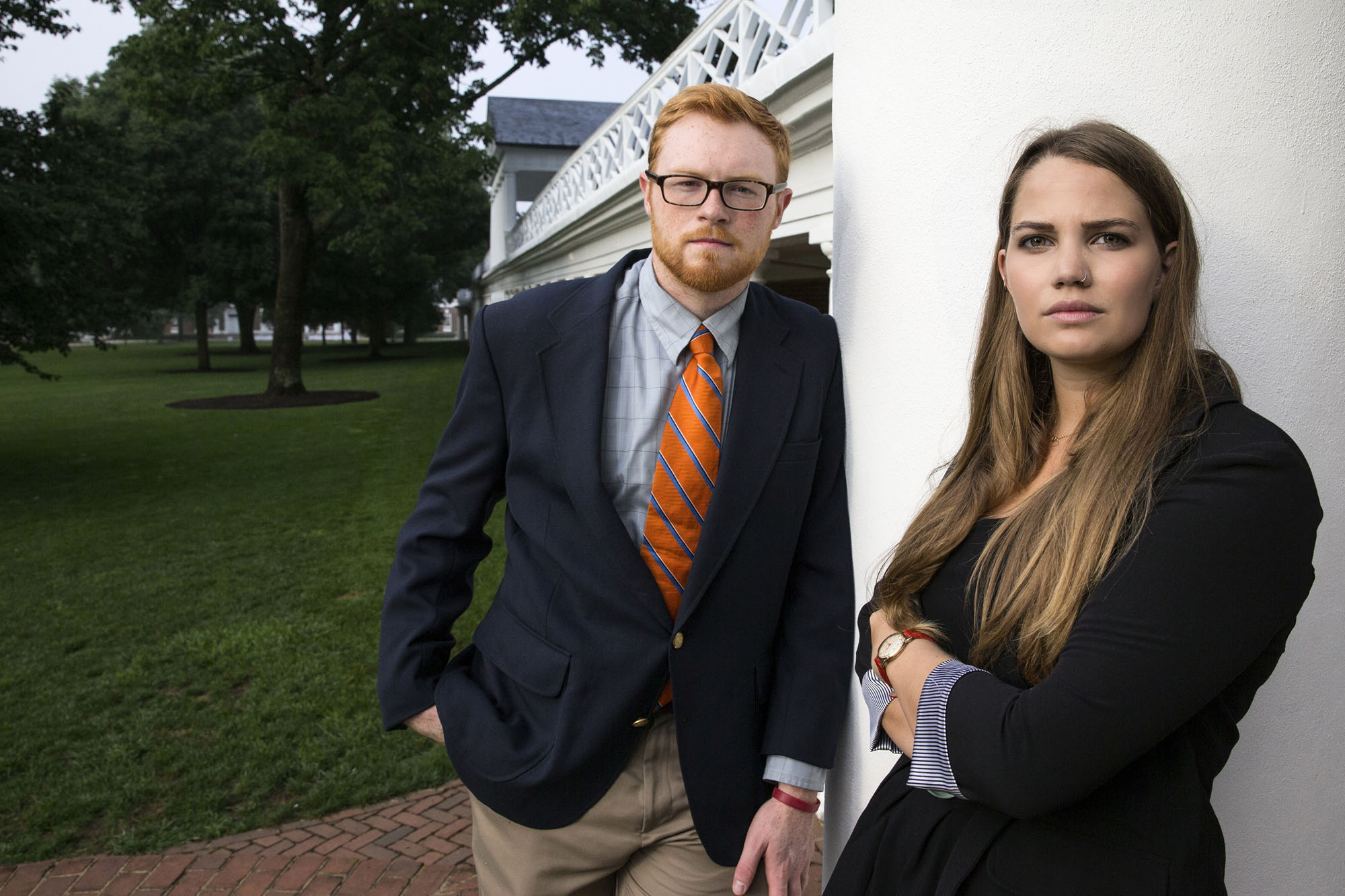 With momentum building across the country for addressing sexual misconduct in higher education, the University of Virginia today announced a campaign to empower bystanders with the knowledge and confidence to recognize potentially dangerous situations and offer help.

The “Hoos Got Your Back” awareness campaign involves students, faculty, staff, Corner merchants and other members of the University community. It represents one part of a multi-phase effort that has included U.Va. hosting a national conference on the issue and continued review and updating of University policy concerning sexual misconduct on the Grounds.

“This effort is something students will really be able to get behind,” said Sara Surface, a third-year global development studies major. “Every member of our community has the responsibility to take care of one another. By raising awareness and providing education about prevention of sexual violence, we intend to promote a culture in which people are ready and willing to serve as active bystanders.”

Students have played a key role in developing the campaign, said Surface, who also is external chair of the student-led Sexual Violence Prevention Coalition.

The campaign includes a partnership with merchants of the Corner, a shopping, dining and entertainment district that is popular among students. Employees of participating merchants will watch an educational video about bystander behavior or participate in a brief informational session. Merchants will also allow bystander information cards to be distributed in their shops and restaurants, and employees will wear T-shirts reflecting the campaign theme in the first months of the academic year.

The educational effort urges people to become more aware of potentially dangerous situations around them — if someone seems to be attempting to take advantage of a person who has consumed too much alcohol, for example — and shows them how to intervene effectively.

“Students are an integral part of all Corner businesses, and this campaign offers an opportunity for us to give back to them, as well as to the University community as a whole,” said Andy McClure, past president of the Corner Merchants Association and owner of The Virginian and Biltmore Grill on the Corner and Citizen Burger Bar downtown. “Understanding how to recognize potentially dangerous situations puts all of us in a better position to assist someone who might be in trouble.”

Other components of the awareness and education campaign include a video that focuses on the power of being an active and educated bystander, educational and promotional materials, and a visual identity for the overall effort. A new website under development will provide a toolkit of resources that student groups and others can use to educate peers, as well as links to national efforts such as the White House Task Force to Protect Students From Sexual Assault.

First-year students, who move in to University housing on Friday and Saturday, will view the video on Monday afternoon during an orientation program that covers safety, wellness, sexual misconduct and how to be an effective bystander.

U.Va. President Teresa A. Sullivan also will address sexual assault issues, including the importance of students caring for one another and serving as active bystanders, during remarks to students and parents this weekend. “Sexual misconduct and sexual violence have no place in a caring community, in the community of trust and respect at U.Va.,” Sullivan said. “And the members of this community are stepping forward as partners to confront it, to combat it and to stamp it out.”

Statistics show that 50 percent of reported sexual assaults on college campuses take place during the first three months of an academic year. Nationally, this period between student move-in and Thanksgiving has become known as the “Red Zone.”

Though it statistically appears to be the time of highest risk for sexual misconduct, organizers and participants in “Hoos Got Your Back” believe it’s a time in which education and prevention efforts could have the greatest influence on behavior.

“Simply put, the mix of young adults, alcohol and a new-found independence during the first few months of school increases their vulnerability to predatory behavior,” Dean of Students Allen Groves said. “We do not shy away from warning new students and their parents during orientation about this higher risk. We now are putting even more emphasis, resources and energy into bystander education, which bolsters our overall commitment to prevention.”

The overarching campaign is known as “Not On Our Grounds: A University of Virginia Initiative to End Sexual Violence.” Today’s launch of the public awareness campaign is the first in a series of efforts that will roll out over the next year.

“This campaign will be successful because it taps into our community of trust,” said Will Cadigan, a fourth-year government and religious studies major and a Jefferson Scholar. He also is a member of both the Sexual Violence Prevention Coalition and One In Four, an all-male sexual assault peer education group at U.Va.

“Here at U.Va. we hold ourselves to higher standards, and we look out for each other,” Cadigan said. “This campaign will unite us through a consistent message, and will educate people on the ways they can help.”

What’s Next for UVA’s Class of 2022? END_OF_DOCUMENT_TOKEN_TO_BE_REPLACED