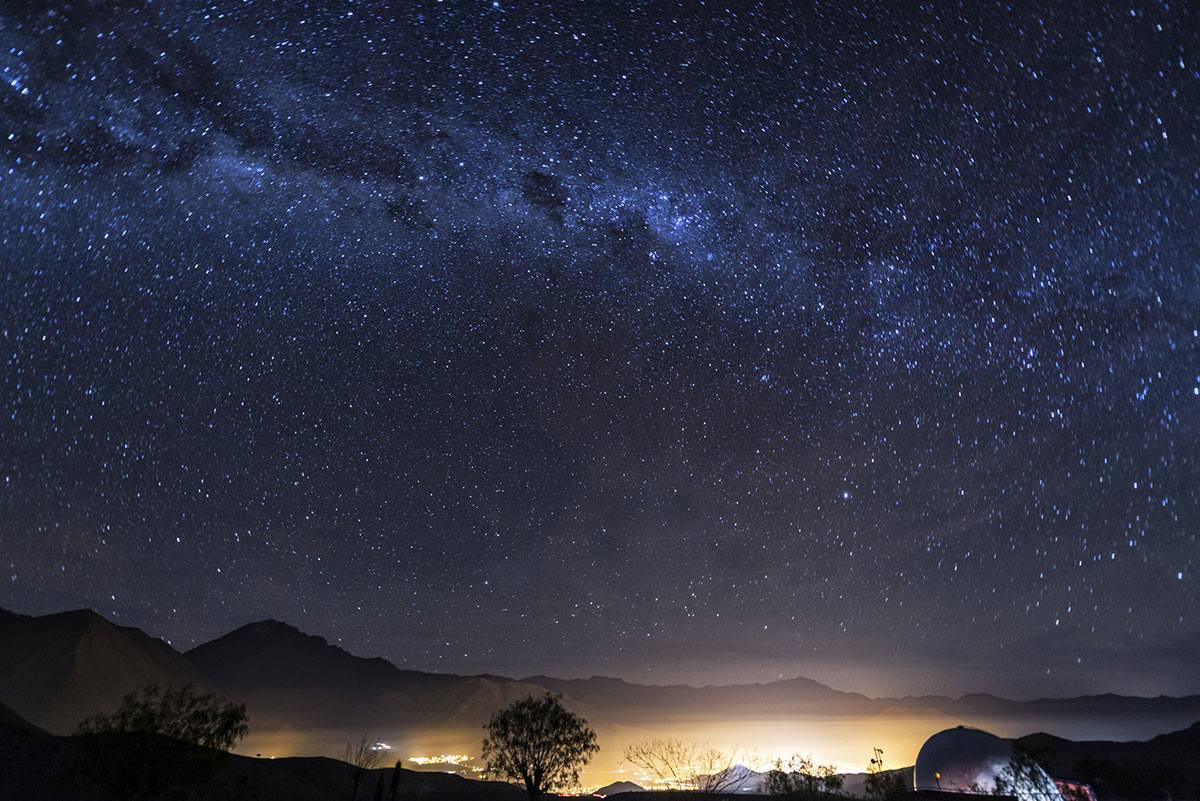 Religious violence rages across the globe, despite the best efforts of social scientists, policymakers and diplomats.

Meanwhile, Chile is known as a paradise for the world’s astronomers, its dark skies and dry air providing a clear view of the skies. But its own astronomy community is often an afterthought.

One center at the University of Virginia is making an effort to address both situations.

The Center for Global Inquiry and Innovation is, for the first time, awarding two grants this year to projects selected for their importance and global scale, that “represent the sort of bold thinking the center seeks to promote by connecting unlikely disciplines to address grand challenges, and by linking the creation of new knowledge to the creation of new communities of scientists and scholars in a globalized academic world,” said Brian Owensby, the center’s director.

In the Skies over South America

Chile is known as the astronomy capital of the world. Sky-gazers covet the South American country’s dark, arid atmosphere for its clear views of the heavens.

The international community has taken advantage of the global resource for years, building observatories and leasing slivers of telescope time to local astronomers. Now, Chile’s government is working to flip the equation by seeking out partnerships with foreign specialists who want to work with Chileans to build leading-edge instruments, and has selected UVA to participate in this high-profile initiative.

The new partnership is called the Virginia/Chilean University Network for Astronomy, or VICUNAS, and it is leveraging UVA’s 20 years of collaboration in Chile and a new, state-of-the-art infrared spectrograph – called APOGEE-2 – that will soon yield an unprecedented survey of the southern half of the Milky Way.

The $6 million instrument, currently being built at UVA, will be attached to an existing telescope by September in cooperation with Chilean astronomers. And the collaboration won’t stop there. UVA astronomer and program director Steven Majewski said once the device is installed, UVA “will engage the Chilean community to be active participants … so there are local people who can take ownership of the operation of the survey on a nightly basis,” he said. Chile is home to the lion’s share of Earth’s most powerful ground-based observatories. But surprisingly, local engagement has been fleeting. Juan Pablo Colque Saavedra, a Chilean graduate student visiting UVA, described the astronomy programs in Chilean schools as “really poor,” and lauded the government’s push for robust collaborations with foreign universities, including UVA.

The VICUNAS venture is jointly supported by UVA’s Center for Global Inquiry and Innovation, the College of Arts & Sciences and the Office of the Vice President for Research[. The funding will also support deeper scientific collaborations and new cross-cultural, bilingual efforts to teach children about science in Chile, the United States and beyond.

The second Global Programs of Distinction grant is supporting a new approach to understanding and reducing religion-related violence around the world at a time when ISIS, and groups such as al-Qaeda, the Taliban and Boko Haram are wreaking havoc.

Headed by UVA religious studies professor Peter Ochs, the new initiative is creating, among other things, a faculty collective to study religious violence through the prism of several different disciplines. The initiative’s first project, “A Value-Predicative Analysis of Religious Group Behavior,” will assess value judgments among religious groups in South Asia through an ethnolinguistic survey, the results of which will be analyzed in concert with UVA’s Data Science Institute.

Ochs said the project is based on the premise that while social scientists, policymakers and diplomats are doing very good work to address religion-on-religion violence, their approach is outdated.

Ochs foresees the new initiative continuing with five or six more UVA-based ventures. “Next year’s project will be led by Milton Vickerman and will involve refugee studies,” he said. Vickerman is an associate professor of sociology at UVA whose main areas of research are race, immigration and processes of minority adaptation to American society.

The work will contribute to the Global Covenant of Religions, formed last year by UVA and the University of Cambridge to unite scholars, diplomats and religious actors in the quest to stop religious violence.

Ochs said UVA is at a crucial moment where it can advance scholarship and increase prospects for understanding and reducing religion-related violence. “The mood at UVA is perfect to engage both the humanities and social sciences” in this research, he said.

“We will do the theoretical work,” the practical implications of which, he hopes, can be used by workers in the field.

UVA created the Global Programs of Distinction awards, or “G-PODs,” in 2014 to support research that addresses topics, problems and challenges of global scale, scope and concern.

The initial award carries with it the possibility of renewal funding, depending on the project’s progress toward the larger goal of establishing enduring global programs of distinction.

Environmental sciences professors Deborah Lawrence and Hank Shugart won the first G-POD grant in 2014 for a massive climate change mapping and modeling project and just received a second round of funding to continue their research.

Both have leveraged their funding to secure grants from NASA and the MacArthur Foundation to expand their research to the Alaskan Boreal Forest and the Rift Valley of East Africa.