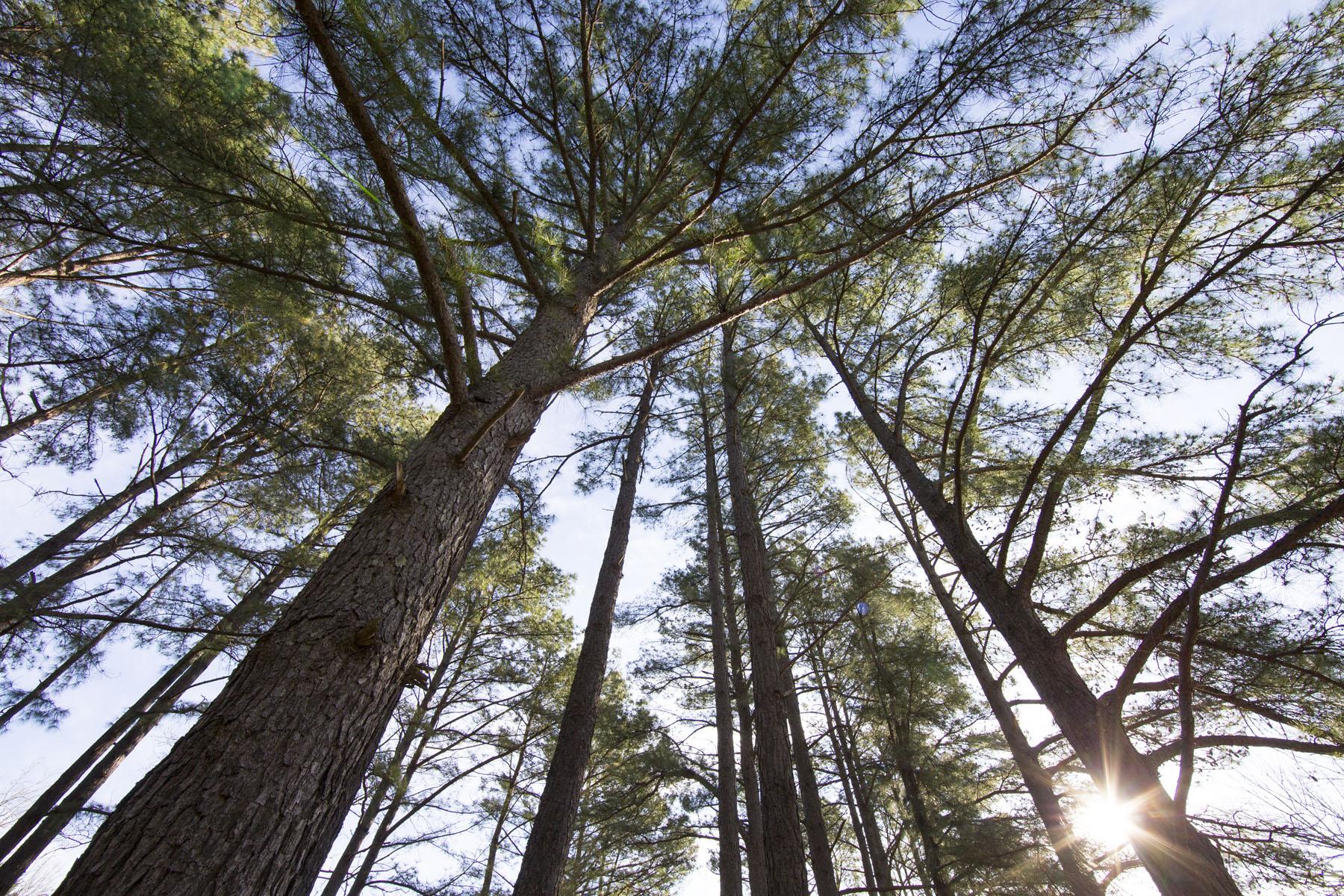 What might a snapshot of the earth look like in 2050? How much land will be occupied by forest? How much will produce food? And how much area will be used to supply biofuels for alternative energy? How hot will it be, globally and in particular spots? How will decisions about forests and tree cover affect land use and human communities around the globe?

Those are the big questions being asked at the University of Virginia, where faculty and experts from a wide swath of disciplines and countries are embarking on a climate change-mapping project. A new U.Va. initiative, “Global Programs of Distinction,” that seeks to bring resources from across Grounds to bear on issues of global import, is backing the effort.

The implications of the project are large. In its latest report, issued April 12, the Intergovernmental Panel on Climate Change reiterated its warning that governments must take a hard line to achieve the very low carbon pollution levels scientists think are necessary by 2050. Decisions made on climate change in the coming years will also help determine the world’s ability to feed a projected 9.6 billion people in 2050, as compared with just over 7 billion today.

Faculty from five of U.Va.’s 11 schools and scientists from China, Russia and Canada are collaborating on the new climate change project. They will use new, robust global-scale computer models that analyze some of the world’s largest forests to help determine the best options to balance the Earth’s allocation of forest, food and biofuel land parcels in a context of global climate change.

“Not that we can control the surface of the earth. It’s not like there is ‘Big Brother’ who is going to say, ‘There should be 30 percent forest and 30 percent food and 40 percent biofuel,’” said Deborah Lawrence, a professor in the Department of Environmental Sciences. “But we should at least be able to bracket it so we can discuss policy options and say, ‘If we are trying to keep CO2 within bounds, we have these options, and part of it includes what we do with the land.’

“Policymakers are getting pretty good at accounting for CO2. They know what China needs to do and India and us (the United States.) The point of our project is to say ‘It’s bigger than CO2.’ It’s physical, in the water cycle and the energy budget that really affect climate. We have to put that into the model before we really assess these options for policies on how to mitigate climate change,” Lawrence said.

One big piece of the puzzle lies above the 50-degree latitudinal line and is named for the Greek god of the north wind, Boreas. The boreal forest of Russia is the largest forest on Earth  – about the size of the United States. It and the rest of the boreal forest cover a vast area across the Northern Hemisphere in a great arc sweeping from Scandinavia to Russia and across Alaska and Canada.

“We are the only group internationally simulating forests over vast regions, such as all of Russia, based on the biology and ecology of hundreds of millions of interacting individual trees,” said Hank Shugart, William W. Corcoran Professor of Environmental Sciences. “The project will help us see the forest and the trees – both literally and figuratively.”

Analysis will also include the temperate forests, which when combined with the boreal, make up about 37 percent of the planet’s total land carbon storage. The computer modeling will be so fine-tuned that it will be able to analyze individual trees to predict the dynamics of the global forests in these zones.

“If we get the parameters right, people can use it for local problems, too,” said Shugart.

The research will also utilize the National Center for Atmospheric Research’s state-of-the-art climate model to determine the effects of alternative food, fuel and forest allocations.

“By interpreting climate models through a broadly interdisciplinary lens, we hope to understand not just what happens in a future world, but what it means to live in that world – for an individual, a society or humanity as a whole,” Lawrence said.

Lawrence and Shugart are the inaugural winners of the Global Programs of Distinction – or G-PODS – grants, an initiative of Executive Vice President and Provost John D. Simon.

“The idea behind the G-PODS is to stimulate faculty from various disciplines to foment projects of global scale and impact. New problems demand novel approaches and broad thinking,” said Brian Owensby, director of the Center for Global Inquiry & Innovation, which administers the new program.

“This climate study work is a terrific example of what the University aims to do with the G-PODs, to support our most distinctive programs so U.Va. can contribute to challenges of global significance in a meaningful way.”

The initial award carries with it the possibility of renewal funding in subsequent years, depending on the project’s progress toward the larger goal of establishing enduring global programs of distinction at U.Va.