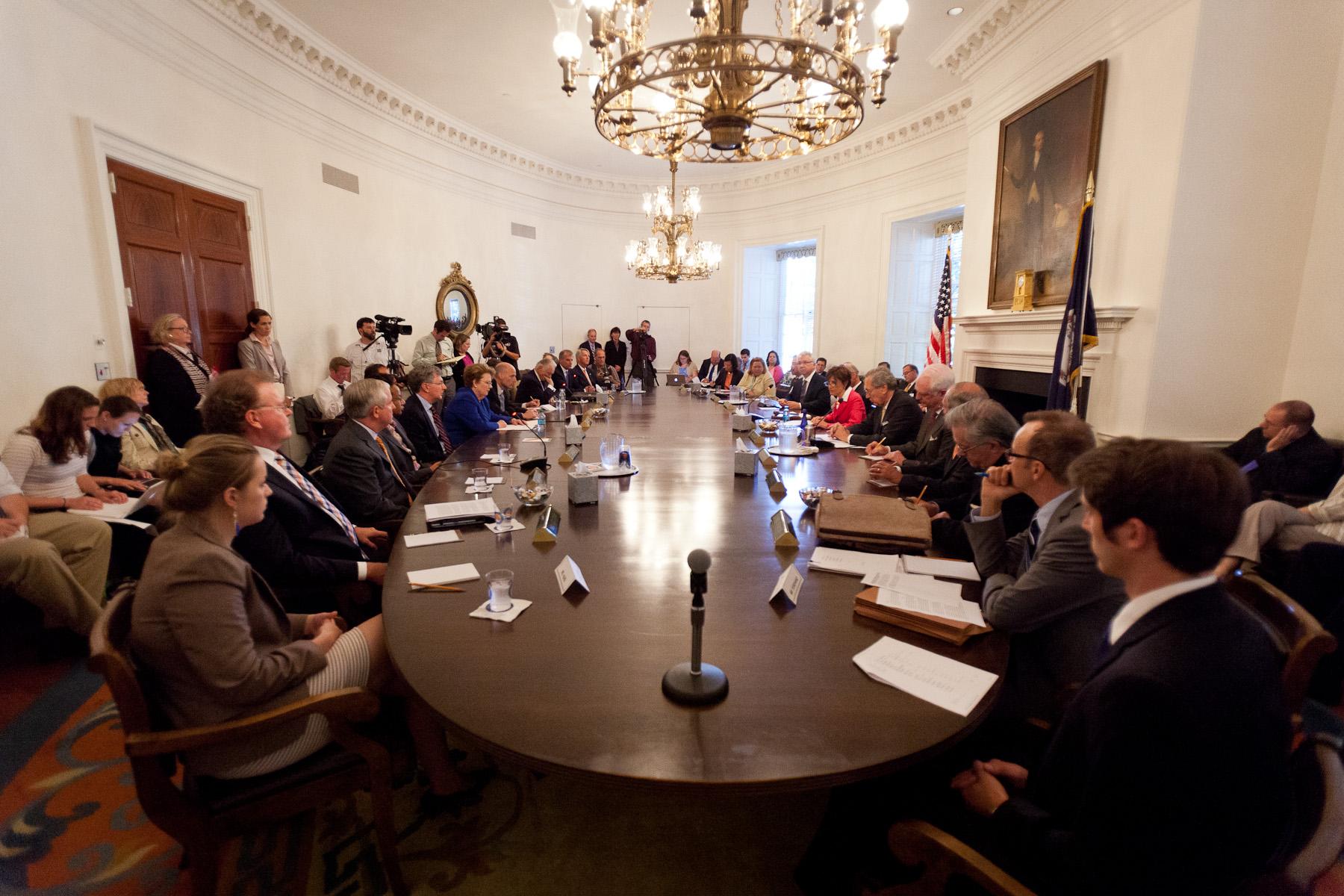 Sandridge, who retired a year ago after more than 40 years and who continues to serve as an adviser to U.Va. President Teresa A. Sullivan, said, "I am humbled to be asked by the governor to serve the University in this way at this critical time. I committed to Governor McDonnell that he would have my best efforts in support of the Board of Visitors and President Sullivan as we work to ensure the University's place among the best in higher education.

"Our students, faculty, staff, donors, alumni and citizens of the commonwealth deserve nothing less," he said.

While he usually doesn't make extensive comments about board appointments, McDonnell issued lengthy remarks because of the board's recent ouster and then reinstatement of Sullivan.

"The University has emerged from a challenging time, and remains an extraordinary, vibrant place that is a beacon of advanced learning across the world," he wrote. "And I am encouraged that, after the reinstatement of Dr. Sullivan, the tone at the University changed quickly this week from one of passionate disagreement in the family to one of willing collaboration. I thank the administration, faculty, alumni and student body for their engagement and desire to have the school they love continue to grow and excel." (Read his complete statement.)

Of reappointing Dragas, who serves as rector, McDonnell said, "During her four-year term on the board she has been a strong and dedicated board member, committed to advancing the mission of the University."

Dragas expressed her thanks to the governor for his "thoughtful new appointments to the board who bring with them a depth of experience in higher education, technology, finance and health care."

"Each of us on the board looks forward to working in a constructive and inclusive way with President Sullivan, along with students, faculty, alumni and staff, on tackling the broad challenges that face the University," she said. "Together, I'm confident that we can preserve and enhance U.Va.'s greatness for present and future generations."

Sullivan said, "Governor McDonnell used great wisdom in appointing these members to the University's board, and I am grateful for his understanding of the challenges facing higher education. This is a group of distinguished individuals – from higher education and technology to government and health care – who will be able to hit the ground running. Their collective expertise will be invaluable, as there is much work to be done."

"We believe that the immediate challenge we face is one of restoring trust," he said. "We pledge to support President Sullivan in her efforts to work with the board to rebuild a trusting and caring community.

"So long as disagreements take place in the context of relationships in which trust is a given, meaningful and expeditious progress can be made toward solving the challenging problems we face."

In a normal year, the governor would get to appoint just four new members to the board as part of the normal rotation of members, who are initially appointed for a single four-year term, with the option for reappointment for a second term.

This year, however, was unusual in that the seat belonging to Mark Kington was vacant because of his June 19 resignation . Also, the University had requested that the General Assembly increase the number of voting members from 16 to 17. The board, including the two non-voting senior advisers and student member, will now number 20.

Robert Hardie, who was eligible for a second term, did not receive reappointment.

Of the eight appointees announced today, five have received either undergraduate or graduate degrees from the University.