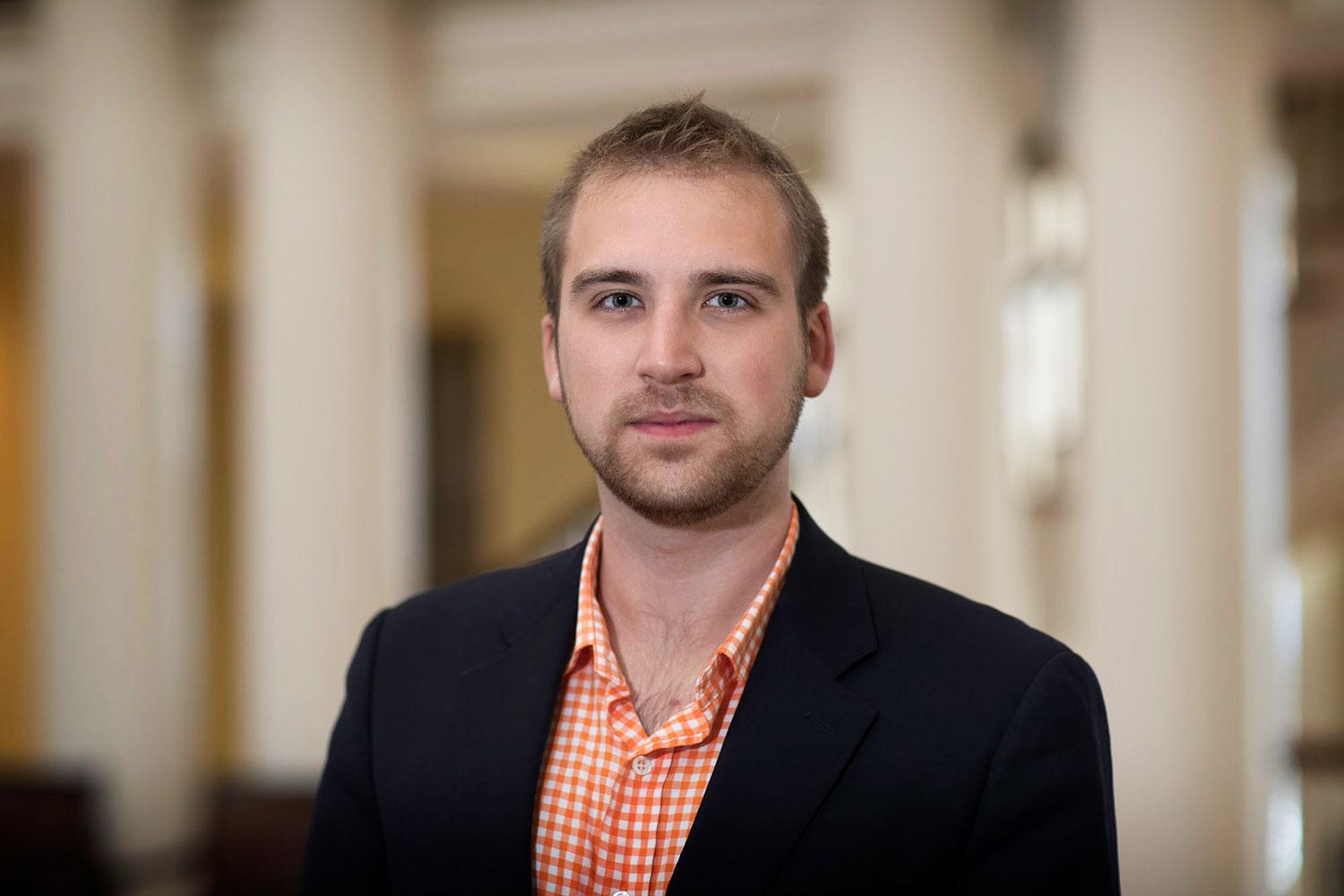 When University of Virginia students launch their own research projects, there’s a natural tendency to focus solely on the academic life of the project. But a new program housed at UVA’s School of Engineering and Applied Science helps students think about how their work might live on after graduation.

The Works in Progress community helps students see the entrepreneurial potential of their projects and keeps them accountable to their long-term goals by providing peer-driven support and connecting them to the resources they need to continue their work outside the classroom.

“When they start projects in school, students aren’t necessarily focused on continuing them. They’re often thinking about their work as only something to use when applying for a job or graduate school,” said Alex Zorychta, program director for Works in Progress.

Works in Progress serves as a universal connector for students who see some commercial potential for their work, but are unsure how to keep moving forward. It’s more informal than other entrepreneurship programs on Grounds, striving to create social connections between like-minded entrepreneurs and to help direct them to the best UVA resources to meet their needs. It’s become both an advisory space and an entrepreneurial support group for students.

“What we’ve developed is a community of people who are actively working on entrepreneurial projects, and we put them together in meaningful ways,” Zorychta said. “The building blocks of communities are close one-on-one interactions. This approach to focusing on culture has massive potential, as relationships built between members of a community of shared values can last a lifetime.”

Zorychta meets with students individually and then helps connect them with others who have similar goals and interests. He starts by advising them just to set up brief meetings to get to know one another and share ideas. Sometimes those students become collaborators, and because they are all working on self-motivated projects, they all become sympathetic supporters who can relate to the struggles of being a young entrepreneur while also working full-time to earn a degree.

The idea is that just by being around people who have that shared experience and set of priorities, the students will remain more motivated to pursue their research goals beyond the classroom.

Zorychta’s eventual plan is to amplify the power of the one-on-one connections he makes by forming more “mastermind groups,” a regular gathering of five or six students at a similar level of project who meet for dinner and talk about their work. This is based on the idea that a person is the average of the five people with whom they spend the most time, he said.

“Our first group like that started last October when I found the most dedicated student entrepreneurs and said, ‘What if I told you I knew people like you?’” Zorychta said. “We went to dinner and what was supposed to be a brief gathering where they got to know one another and their projects turned into a 2½-hour dinner. They decided to keep meeting every single week up to this day.”

In addition to the student network it’s creating, Works in Progress also helps students navigate UVA’s many entrepreneurial programs and competitions. Zorychta and Elizabeth Pyle, the Engineering School’s associate director of technology entrepreneurship, advise students on their pitches for the University-wide Entrepreneurship Cup competition and help them find and apply to the other entrepreneurship programs at UVA and around the world.

Pyle, who first hired Zorychta to begin this experimental program last year, is pleased by all the early progress they’ve made.

“When Alex came on board, I asked him to go out and do what entrepreneurs do  – customer discovery,” Pyle said. “He spoke to about 500 students to find out what was needed and what was missing from the entrepreneurial scene here.”

In his interviews, Zorychta discovered students pursuing entrepreneurial projects wanted something that was more casual than a formal student group, but still had advisers who would be available consistently to discuss their work.

“It’s now a loosely knitted net of students that are entrepreneurially minded, but needed also to be around other entrepreneurs – not necessarily in the same discipline,” Pyle said. “In fact, we encourage students of different disciplines and from different schools to join so they can learn from each other and help each other.”

Although it’s still in its early stages, Works in Progress has already begun to bear fruit. The students and young alumni who founded the growing agricultural start-up Agrospheres were among some of the program’s earliest members.

“Works in Progress has been amazing mostly because of the support from Elizabeth Pyle and Alex Zorychta,” said Agrospheres co-founder and 2016 graduate Payam Pourtaheri. “At first, I think we had the worst pitch deck possible during the Entrepreneurship Cup concept stage. Works in Progress held our hands throughout the entire competition and helped us refine our pitching skills.”

Agrospheres, whose primary product is a fast-acting spray that degrades pesticides, went on to win the Entrepreneurship Cup launch competition, the state-wide Virginia Velocity Tour entrepreneurial competition and the national Collegiate Inventors Competition.

At present, Works in Progress has recruited mostly undergraduates, but Pyle hopes they will soon bring more graduate students into their ranks. Eventually they would like to build their network to include alumni as well as students of all levels.

Zorychta has already seen a willingness to remain connected and to continue engaging from the recent graduates who were participants in the program. Both he and Pyle are excited to see how this new entrepreneurial community will continue to grow.

“When Thomas Jefferson made the Academical Village around a library, it was crazy at the time, but it made this community of different people who are all driven toward the same goal of pursuing knowledge,” Zorychta said. “The older, more experienced scholars, the professors, were living and working in the same community as the new ones, the students.

“Having a shared community of ideas drove them forward, and we’re hoping to make a similar principle work for our student entrepreneurs.”