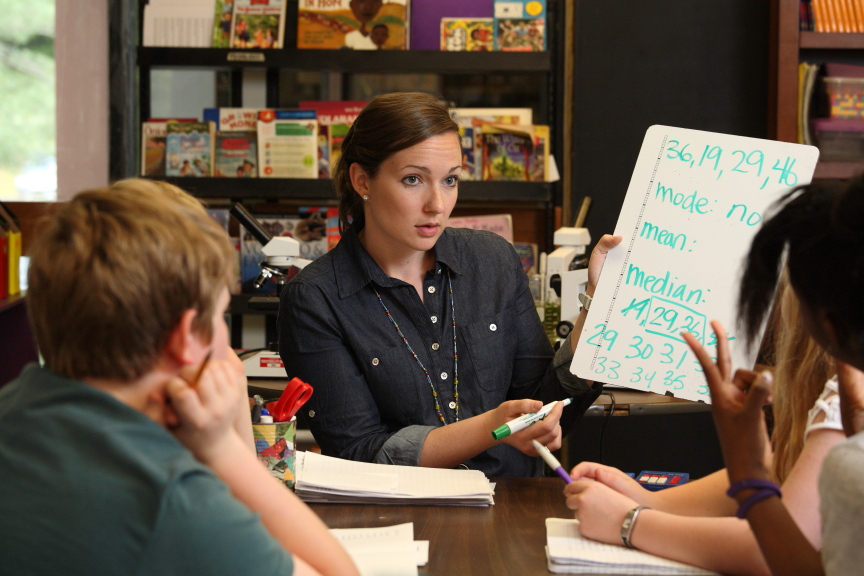 The increase in academic qualifications among teachers transcended geography and grades and subjects taught.

A new study of New York State teachers shows that since 1999, the academic ability of both those certified to teach and those hired to teach has increased substantially after the implementation of new teacher accountability policies – suggesting that the status of teaching nationwide is improving.

In the study, published Thursday in the journal Educational Researcher, researchers from the University of Virginia and Albany, Stanford and North Carolina State universities found that since 1999, the number of newly hired teachers with SAT scores in the top third of test-takers have increased by 13 percentage points. In 2010, 42 percent of newly hired teachers came from the top third of SAT scores, higher than the share from either the middle or bottom thirds.

“These results indicate that individuals with very high SAT scores are choosing to teach in public schools despite very likely having the opportunity to enter other high-status jobs such as those in medicine, law, or engineering,” said study co-author Luke C. Miller, a research professor at U.Va.’s Curry School of Education.

The increase is believed to result from the implementation of a statewide package of new teacher accountability policies beginning in the late 1990s that included more stringent training and licensure requirements for teachers, which are a central component of various proposals to improve the status of teaching nationwide. These policies were intended to help New York public schools recruit, train and retain the high-quality teachers needed to help students meet the higher standards of achievement adopted several years earlier.

The academic credentials of both individuals certified to teach and those hired to teach have increased steadily since the implementation of these efforts in 1999, signaling that the status of teaching has increased at least among individuals choosing careers.

The findings also suggest that these reforms are broad-based, with improvements made across the state; in urban, suburban and rural schools; and as across subjects and grade levels. Perhaps even more encouraging is that the researchers found a substantial narrowing of the gap in teachers’ academic abilities between high- and low-poverty schools (one goal of these policies) and between white and minority teachers.

“While the SAT does not capture an individual’s academic ability perfectly, it provides useful insight into ability given its widespread use and sound psychometric properties,” Miller said.

The gap in the academic abilities of the teachers hired by high- and low-poverty schools shrank by almost 55 percent between 1999 and 2010. This was accomplished at the same time that newly hired black and Hispanic teachers grew by 8 percentage points, and the difference in the average academic ability between white and minority teachers shrank by almost a quarter. These results suggest that not only are minority teachers making up a larger share of newly hired teachers each year, but their SAT scores are also increasing.

“These preparation programs trained and graduated more academically abled teachers as well as provided the classroom-based training for the state’s alternative preparation programs,” said Andrew McEachin, a co-author of the study and an assistant professor at North Carolina State University.

The average SAT score of newly hired teachers who completed a traditional preparation program increased by 17 percent of a standard deviation between 1999 and 2010.

The researchers suggest that while proposals to increase the status of the teaching profession call for reform in several important areas in addition to more rigorous standards for teacher training and licensure, like those implemented in New York State, the increase in the academic ability of new teachers is a strong signal that the status of the teaching profession is increasing.

“These findings signal a resurgence of interest in teaching in public schools as a respected and worthy career and the rising status of the teaching profession,” Miller said.

Many of the policies in New York have been implemented by all other states, such as eliminating emergency certification, requiring a major or certification exam in the area of teaching and creating alternative preparation programs. The researchers speculate that other states have also experienced these gains in teachers’ academic abilities. As a result, these findings have important implications for the future of teacher licensure policies not only in New York, but across the U.S.