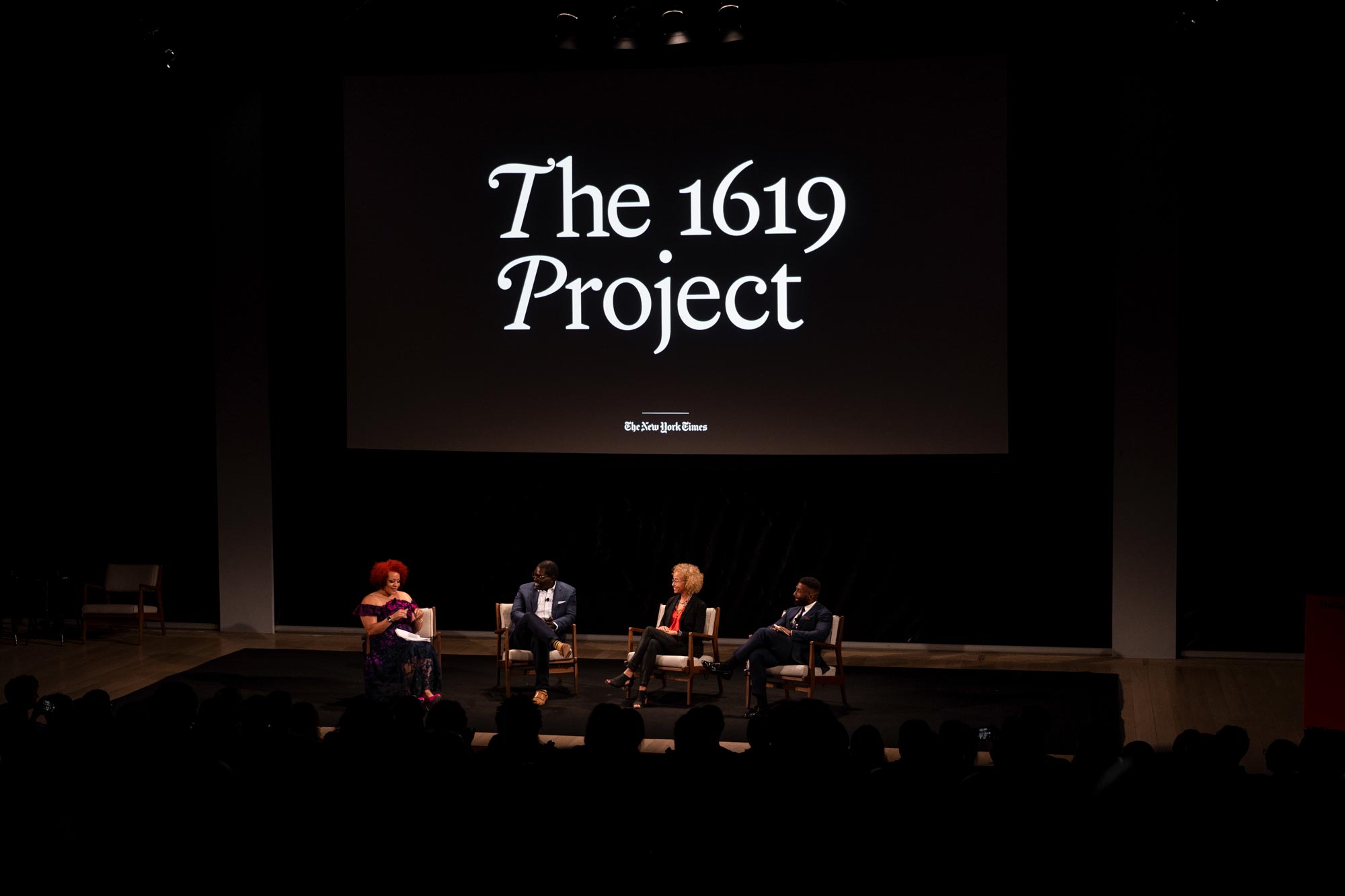 When the University of Virginia launched its Democracy Initiative two years ago, leaders envisioned a forum for honest conversations about issues central to American and global democracy, including race, religion, equity and so much more.

“Universities, if they are to lead in the study of democracy, must model it, studying issues inherent to the founding of our country, promoting robust, civil discourse, particularly when there are disagreements; and participating in those conversations with the community,” Melody Barnes, co-director of the initiative, said.

Two events on Monday with New York Times Magazine reporter Nikole Hannah-Jones reflect that mission, Barnes said. Hannah-Jones, a 2017 recipient of a MacArthur Foundation “genius grant,” leads the Times’ 1619 Project, a deep and broad editorial campaign reexamining U.S. history starting in 1619, when a ship arrived in Virginia carrying more than 20 Africans who would be enslaved in the New World. 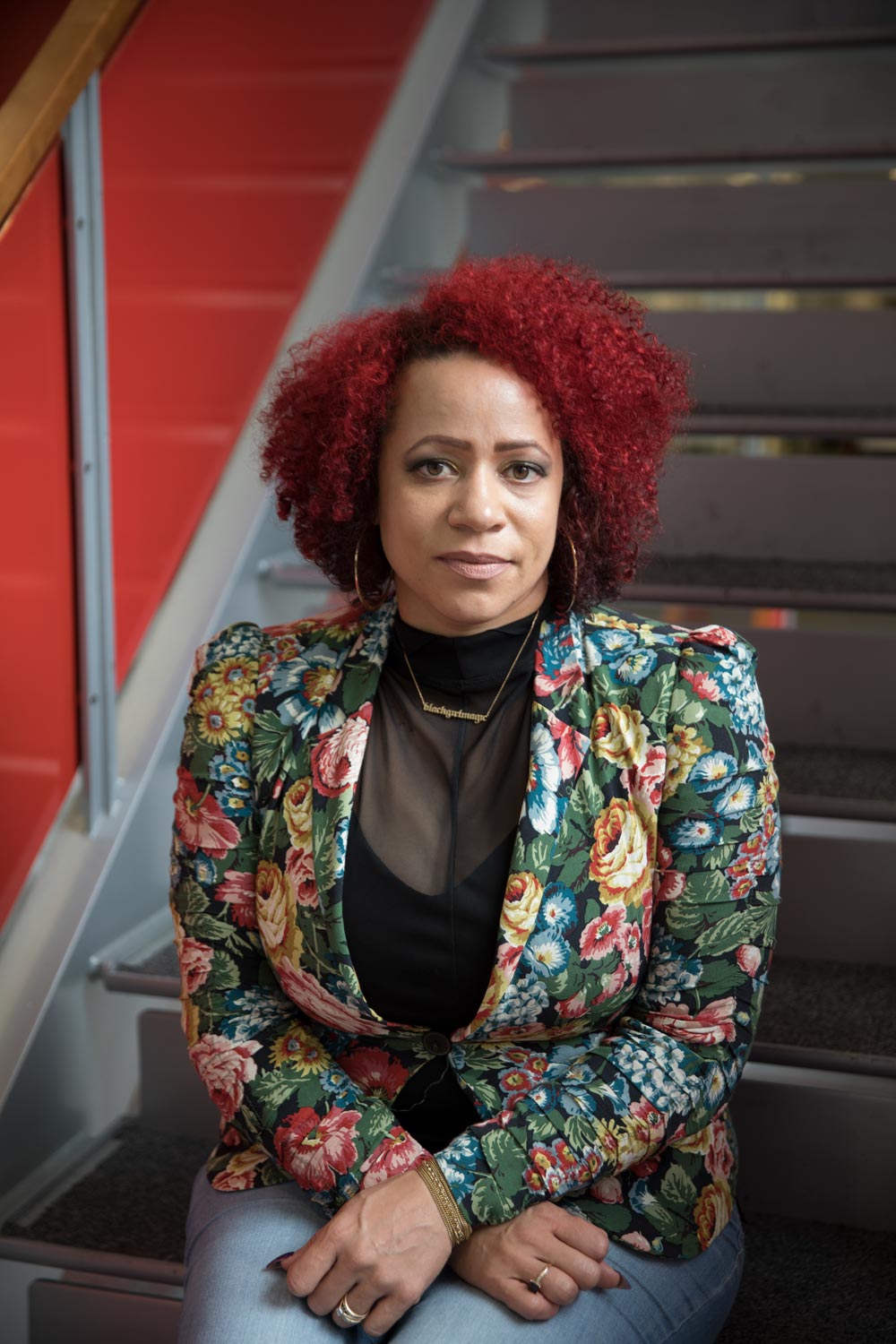 She will discuss the project, and how the history of slavery influences contemporary life, with UVA President Jim Ryan in the Rotunda at 4 p.m. At 7 p.m., Hannah-Jones will join UVA alumnus and fellow New York Times writer Jamelle Bouie for a conversation at The Haven in downtown Charlottesville.

Registration to attend both events is full; however, more information and a live stream will be available here. The events are sponsored by the Democracy Initiative; the initiative’s Religion, Race & Democracy Lab; Memory Project; and the UVA Equity Center.

“The Democracy Initiative exists to take a close look at our past and ask what it can teach us about our present and our future,” Ryan said. “That’s what this conversation is all about. I’m looking forward to talking with Nikole about what inspired the project, the reaction to it, and how we can continue to examine our own history and how it has shaped who we are as a university.”

Launched by the New York Times Magazine last year, the 1619 Project hopes to “place the consequences of slavery and the contributions of black Americans at the very center of the story we tell ourselves about who we are as a country,” according to the Times. It includes numerous essays tracing how the legacy of slavery influences contemporary life, as well as original compositions by contemporary black writers, and a visual history of slavery done in partnership with the Smithsonian’s National Museum of African American History and Culture.

Andrew Kahrl, an associate professor of history and African American studies who is the acting co-director of the Democracy Initiative with Barnes, called the project “a bold and provocative attempt to reframe the history of the U.S., aimed at getting us to think differently about our nation’s origins and the role of slavery in U.S. history.”

“Through the Democracy Initiative, we are working to model the foundational principles of democracy in our courses and public programming,” he said. “One of those is an open exchange of ideas, in this case about our nation’s past and the continued legacy of slavery and white supremacy in our institutions, including institutions like UVA.” 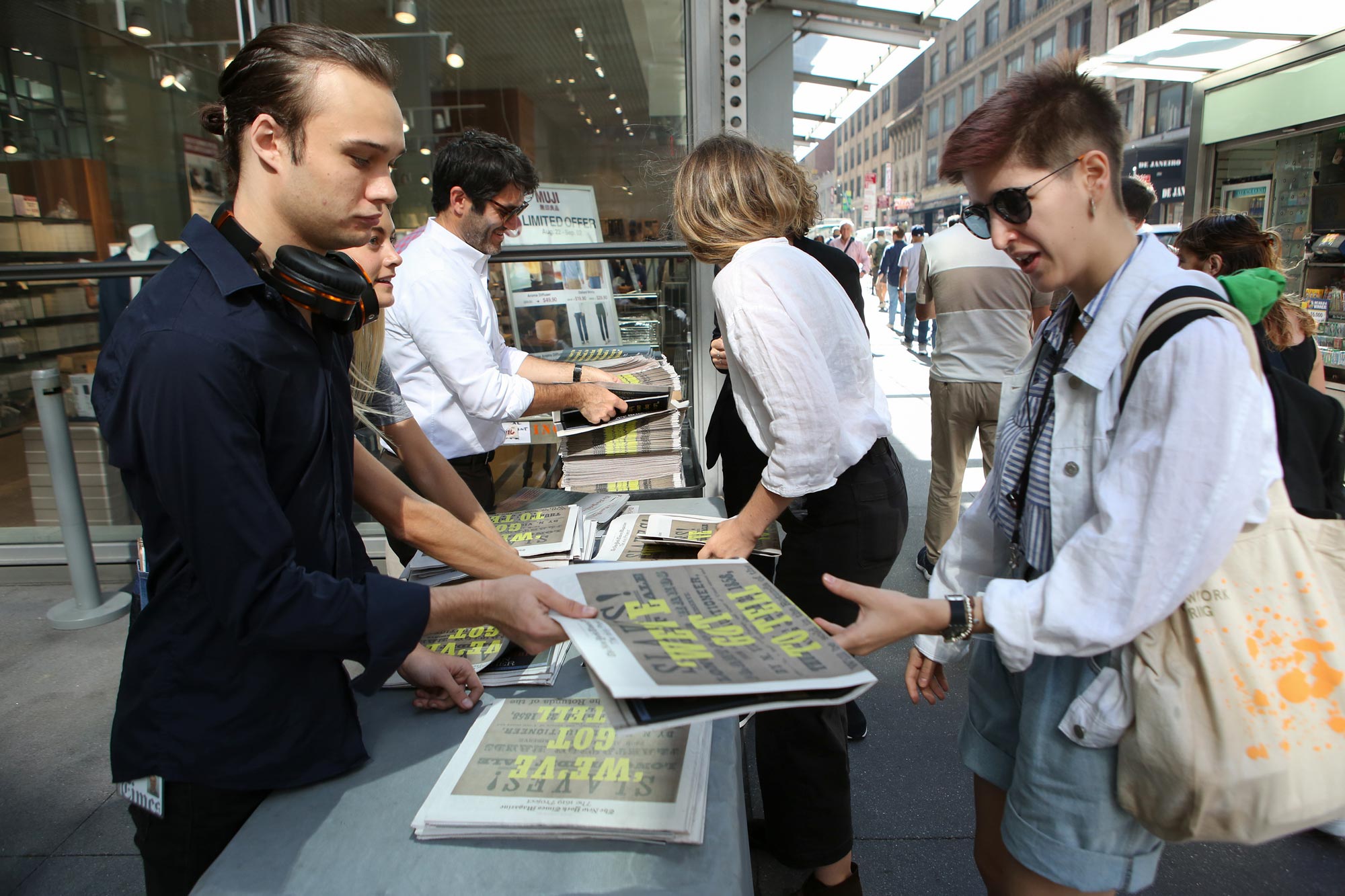 The 7 p.m. event at The Haven, sponsored by UVA’s Equity Center, will take that conversation beyond UVA’s Grounds.

“The Democracy Initiative and the Equity Center are committed to hosting meaningful and impactful conversations with our community and national thought leaders like Ms. Hannah-Jones,” law professor Dayna Bowen Matthew, faculty director of the Equity Center, said, noting that Virginia was the epicenter of the slave trade and still deals with the legacy of that brutality today. “It is fitting for the University of Virginia, one of the nation’s leading public institutions of higher education, to convene this momentous conversation with the community, scholars, students and faculty to seek ways to reckon with and redress 400 years of inequality in this nation.”

The Democracy Initiative, established by the College and Graduate School of Arts & Sciences in partnership with UVA’s Miller Center, includes courses, public events and research labs designed to study the history, principles and philosophy of democracy and to explore contemporary challenges confronting democracies. Currently, there are four labs: Religion, Race and Democracy; Corruption Laboratory for Ethics, Accountability and Rule of Law, or CLEAR; Democratic Statecraft, researching challenges presented by the rise of authoritarian populism; and the Deliberative Media Lab, studying how modern media has affected democratic norms. An ongoing core lab on the history, principles and philosophy of democracy will be established in the coming year.

Martien Halvorson-Taylor, an associate professor of religious studies and co-director of the Religion, Race & Democracy lab, said Monday’s events fit with the lab’s goal of bringing in journalists and academics from other institutions.

“We have been forging collaborations between journalists and academics to investigate how religion and race have shaped and continue to shape democratic movements. And so we are delighted to bring Nikole Hannah-Jones to Grounds to continue to cultivate, provoke and shape a civil and public conversation about where we are now in light of where we have been – and how we tell that story,” she said. “This is a wonderful opportunity for our students to deepen conversations about these important issues by exploring them from a variety of different perspectives.”

The Democracy Initiative also supports the Memory Project at UVA, which addresses public memory, memory conflict and memory politics in the wake of the violent August 2017 “Unite the Right” rallies that brought far-right and white supremacist groups to Charlottesville and UVA.

“For the most part, people do not spend too much time critically examining the myths and monuments that dot our landscape, but events like those of August 2017 show us how important it is to take active responsibility for the stories we tell,” said Jeffrey Olick, the William R. Kenan Jr. Professor of Sociology and director of the Memory Project.

“In my view, the 1619 Project is a great stimulus for thought and dialogue,” Olick said. “To be sure, like in every work of scholarship and journalism, there are details to be debated. But whatever one thinks of the main purpose of the project, there is no question that its reworking of the taken-for-granted in so much of our culture will contribute to changing the ways we think and act. And, it is clear that we need to do so.”