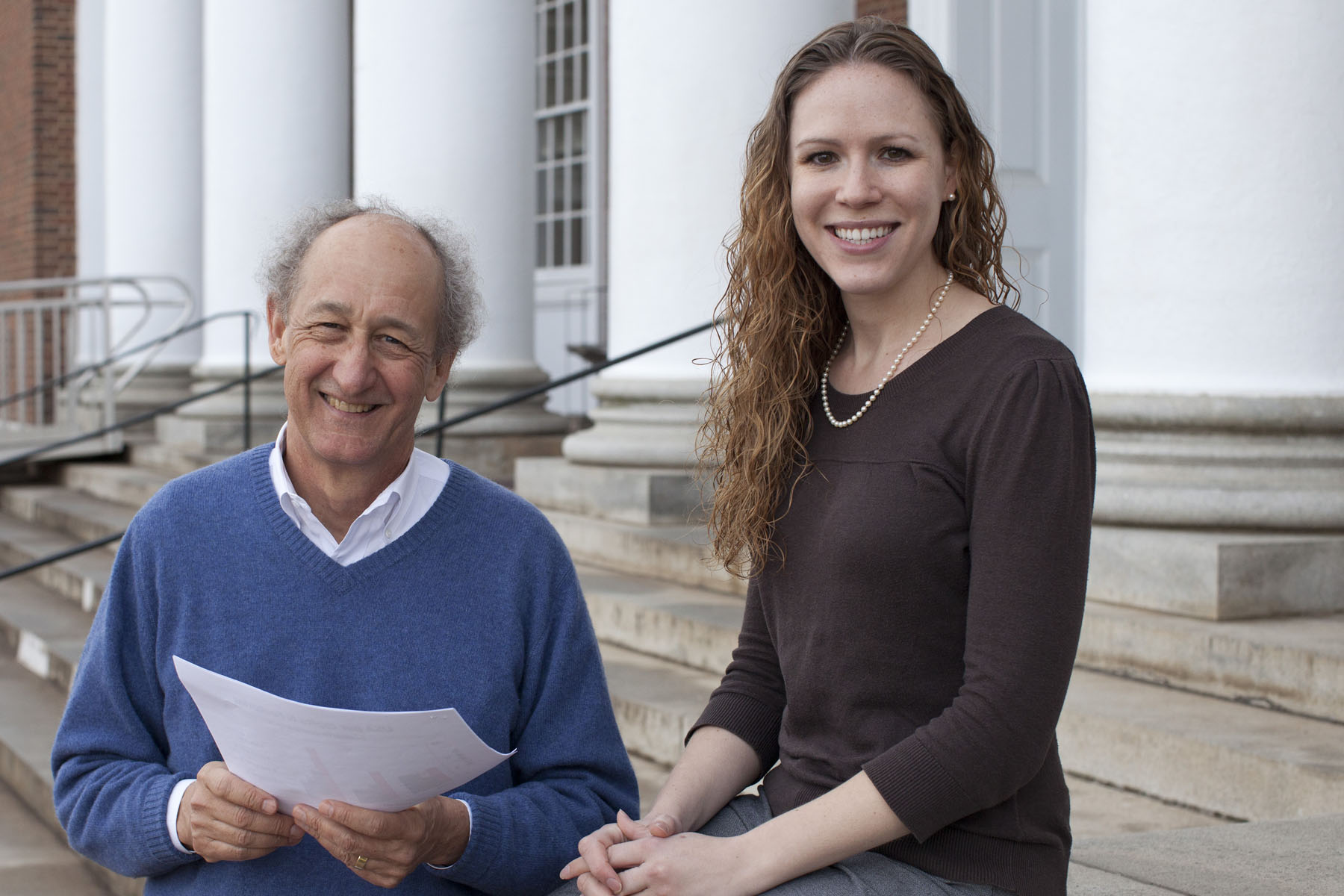 James Galloway, Sidman P. Poole Professor of Environmental Sciences in the University of Virginia’s College of Arts & Sciences, and Allison Leach, an environmental sciences graduate student, are among the authors honored by the editors of the journal Environmental Development for producing the best research paper of 2012.

The researchers described a model to determine a “nitrogen footprint,” a measure of how much reactive nitrogen a person or institution generates.

The vast majority of nitrogen is harmless inert gas. The remainder, called “reactive nitrogen,” is found in a variety of forms, including as nitrate, ammonia and nitric oxide, and it interacts with elements of the environment to create smog – increasing levels of ozone at the Earth’s surface, acidifying the water and weakening the upper-atmosphere’s ozone layer.

The editors of Environmental Development honored the article, “A nitrogen footprint model to help consumers understand their role in nitrogen losses in the environment,” based on its advancement of knowledge on emerging issues; scientific and methodological quality; innovative solutions for policy and management and transnational relevance. The article was also the most viewed at the magazine’s website.

Galloway said the nitrogen footprint article is the result of a project he started in 2008 with Jan Willem Erisman and Albert Bleeker, two researchers from the Netherlands, with assistance from Rick Kohn at the University of Maryland, who provided the calculation framework for the agricultural side of the model, and Justin Kitzes of the University of California at Berkeley, who provided the calculation framework for the energy side of the model.

Galloway hired Leach as a research assistant while she was an undergraduate at the University.

“One of the many things she did in the three years she was a research assistant was to take the leadership role for getting the nitrogen footprint project’s flagship paper written and published,” Galloway said.

“The biggest thing that this does for us is the recognition that our nitrogen footprint project is of great interest, and hopefully acceptance, within the scientific community,” Galloway said.

And Galloway and Leach are promoting the paper in various venues, including the recent American Geophysical Meeting in San Francisco.

“She is currently at a workshop in Woods Hole, Mass., working on a new model we are developing focused on food production aspects of nitrogen, and I am giving a talk in the United Kingdom next month on the overall project,” Galloway said. “In November, we will be at the Sixth International Nitrogen Conference in Kampala, Uganda, presenting more aspects about the paper and its spinoffs.”