Nontraditional Student Will Be a Double Hoo, 33 Years Apart 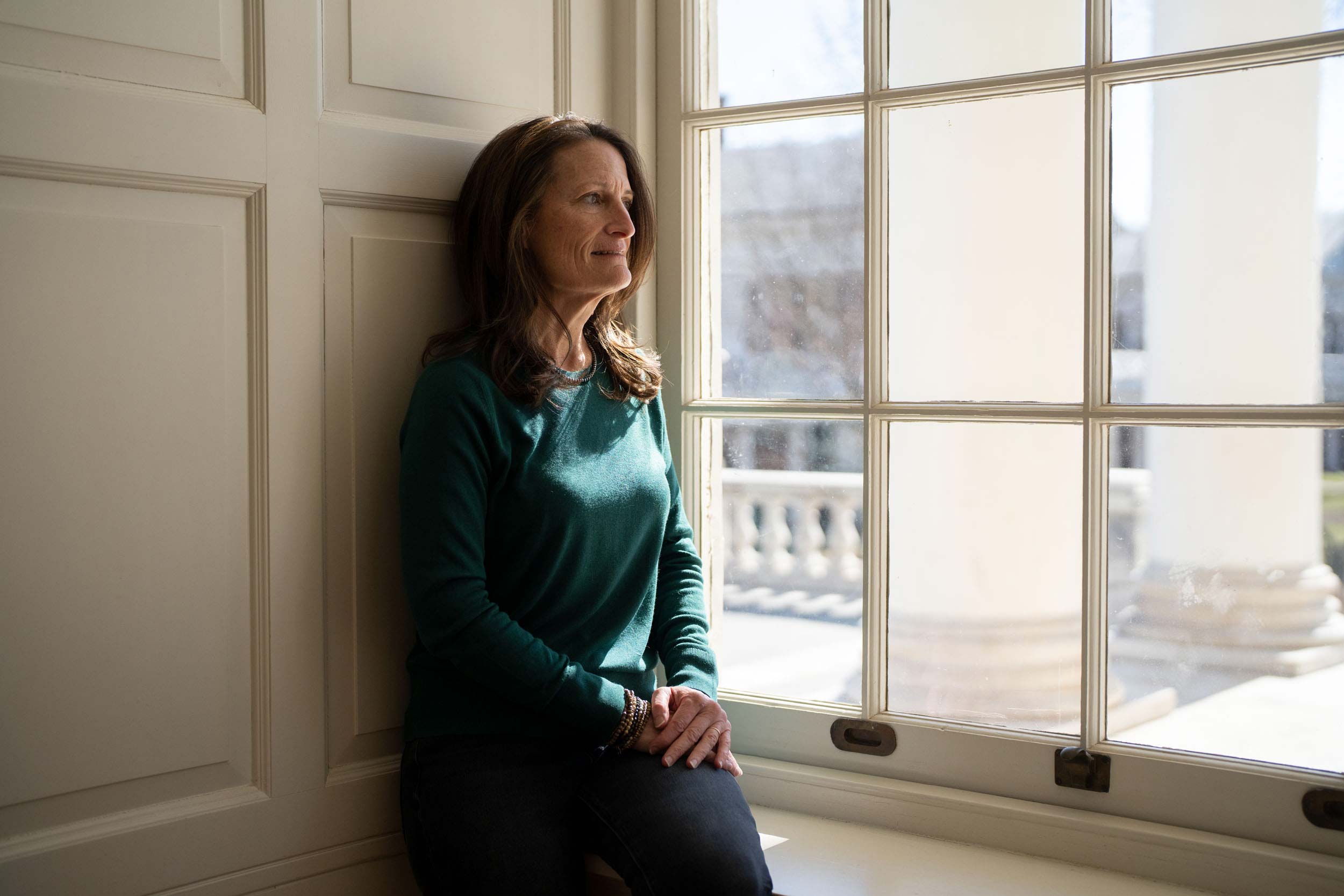 When Maureen O’Shea heard about UVA’s School of Data Science, the youngest of her six children was about to graduate from high school.

O’Shea, who spent the last two decades living in Charlottesville, decided to attend the Master’s in Data Science open house. After listening to faculty members speak, she left feeling inspired and thought, “I think I can do this.”

In 2021, O’Shea, who will graduate this spring, began her first semester in the School of Data Science. She took courses that interested her and helped her find a tightknit community. These students are from a variety of fields and ages, something O’Shea cites as a benefit of the program.

“They offer such a broad variety of classes, and it’s very interdisciplinary, so people are coming from all different backgrounds,” she said. “Our cohort is only about 50 students, so everybody’s familiar, and you can get to know the professor and the teaching assistants.”

The School of Data Science offers courses in data ethics, preparing students with decision-making tools. O’Shea noted that these skills are essential for becoming a data scientist.

“In our first semester, we took a class in data ethics, which I found to be really important. As data scientists, we have to take ethics very seriously and question what people are asking you to do with the data, because the way you tell the story with the data can change decision-making.”

This isn’t O’Shea’s first time as a student on Grounds. After receiving her undergraduate degree from Loyola University in Baltimore, she came to UVA in 1986 for a master’s in material sciences and engineering.

“The master’s program was incredible and also where I met my husband, who was getting his master’s in mechanical engineering,” she said.

After receiving her UVA degree, she worked at IBM in their failure analysis department. She spent five years there before opting out of the work force to be with her children.

“I really enjoyed IBM, and I was fascinated with failure analysis because I’m very curious. I always like to know ‘why?’ and dig into the nitty gritty of things,” O’Shea said. “We eventually decided that I’d like to stay home and raise our kids. And then, you know, six kids later, I was still home, and I wouldn’t trade it for the world.”

Now back at UVA, 33 years later, technology has changed the classroom. O’Shea has noticed a clear difference in how professors teach using technology and how students interact with the class material.

“By far, the biggest change between my two UVA experiences has been the advancement in technology. In the 1980s, we didn’t have laptops and went to the computer lab to type our papers,” she said. “I admire and am amazed at how students today are able to take notes on their computers or iPads during class lectures, even though I still take notes the ‘old-school way,’ by hand.”

O’Shea said a key component of her success in returning to UVA was her preparation prior to the program. She took courses at Piedmont Virginia Community College before starting in the School of Data Science.

“I went to PVCC for a semester and brushed up on some skills before joining the Data Science program – and I think it’s huge to familiarize yourself with some material so you’re able to hit the ground running,” she said. “I was sitting in a calculus class at PVCC, and the girl I was next to was someone who graduated with my daughter, which was really funny.”

After her second Final Exercises walk down the Lawn, O’Shea hopes to continue volunteer work with organizations in Charlottesville and East Africa. With new skills from the School of Data Science, she can provide these organizations with critical assistance.

“During my time at home, I’ve been involved in a number of volunteer organizations. I’ve worked with The Haven, a homeless day shelter, to help their guests file taxes. I would like to go back and use the skills I’ve learned to help places like The Haven more formally,” she said.

“I’m also involved in an investment angel network that supports entrepreneurs and private sector development in East Africa. Through impact investing, we fund small/medium-sized East African companies with investments and loans. I have a soft spot for the women-owned and educational enterprises.”

As O’Shea prepares to graduate, she is leaving UVA with a desire to help others and gratitude for her time on Grounds.

What’s Next for UVA’s Class of 2022? END_OF_DOCUMENT_TOKEN_TO_BE_REPLACED