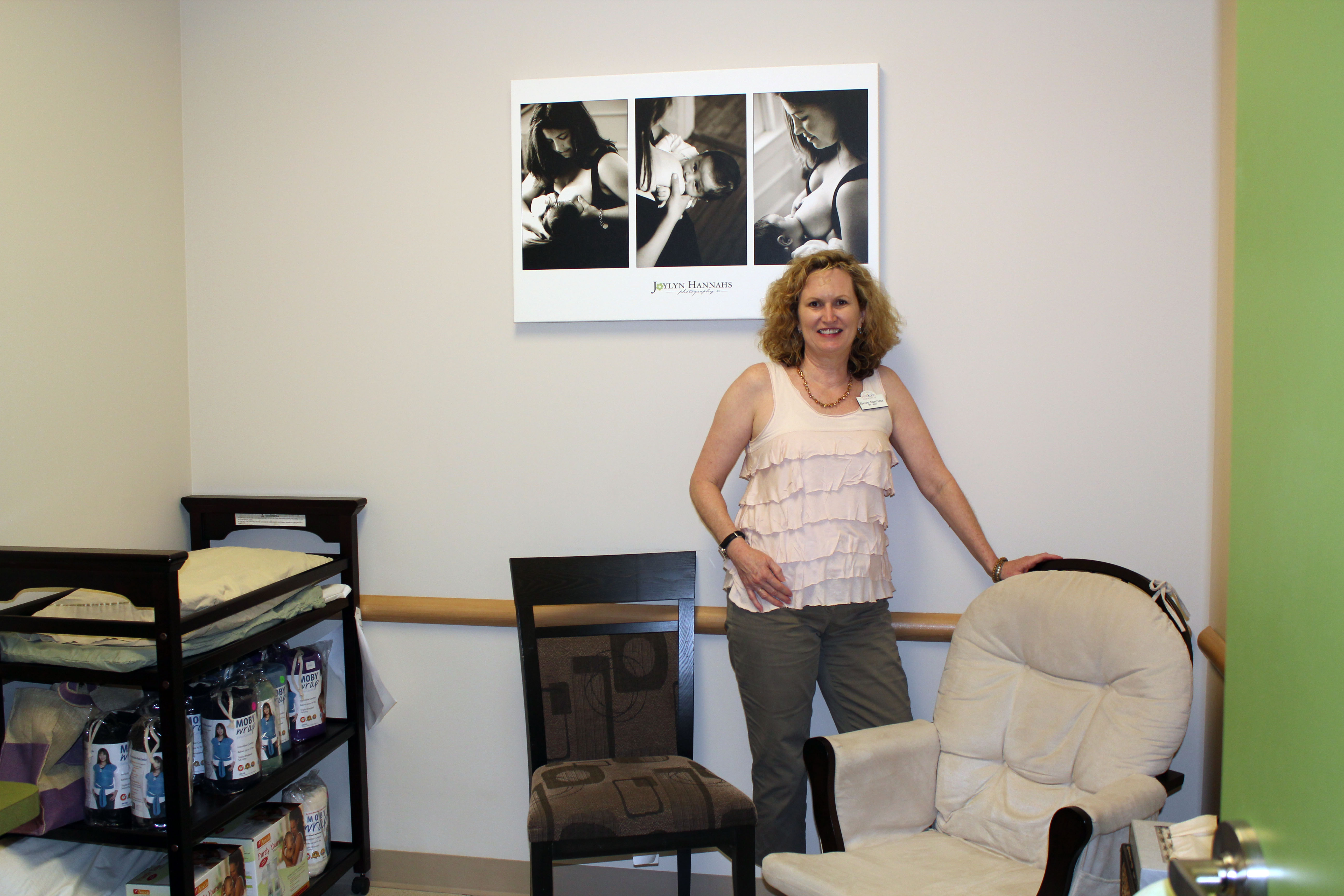 It stands to reason that more mothers will breastfeed their babies if they're encouraged. But what sort of support makes a difference? And how might you measure it?

These were among the questions asked by Sharon Corriveau, a May graduate of the University of Virginia School of Nursing's Doctor of Nursing Practice program who recently studied the effect of introducing a breast-feeding-friendly protocol in a Virginia pediatric clinic. Her goal was to study patients' determination to exclusively breastfeed, and for how long. The research – Corriveau's final project – received the Outstanding Capstone Award.

Government agencies, including the Centers for Disease Control and Prevention, as well as international groups from the World Health Organization to the United Nations Children's Fund, recommend exclusive breastfeeding until babies are six months old. Breastfed babies suffer less diarrhea, have fewer ear infections and pneumonia, and are less likely to develop asthma, become obese and die of Sudden Infant Death Syndrome. Women who breastfeed are less likely to be diagnosed with breast and ovarian cancers.

And breastfeeding saves money – as much as $1,200 to $1,500 on formula during the first year alone. A recent article in the journal Pediatrics asserted that if 90 percent of families followed guidelines to breastfeed exclusively for six months, the country would save $13 billion in reduced medical and other costs.

"Formula is food," Corriveau said, "but breast milk is a cellular organism that provides immunity protection, sets up the pH of the gut, and when the baby is born, it ups good bacteria and suppresses the bad. It's so much more than food."

So if 75 percent of babies are breastfed at birth, why are just 13 percent still exclusive breastfeeders by the time they're six months old?

The answer, says Corriveau, appears to be who supports them, and how.

"It's not really until moms are discharged from the hospital that all the problems start," said Corriveau, a nurse practitioner for 12 years with a special interest in pediatrics and nutrition. "They leave so quickly, it's very easy to get started on formula and to give up, unless they have people there to support them, saying, 'Hey, you can do this.'"

Using a clinical protocol developed by the Academy of Breastfeeding Medicine, Corriveau first formed a team of three nurse practitioners and one registered nurse, then led the team through the ABM protocol over a 10-month period. Team members trained their colleagues and office staff at Loudoun Pediatric Associates, provided them ways to encourage exclusive breastfeeding, provided culturally competent care, nixed formula promotions in the office and encouraged open breastfeeding at the clinic. The protocol included hiring a board-certified lactation nurse, to whom each mother had access. She worked with the practice billing staff to ensure that associated costs with breastfeeding support were correctly billed to – and covered by – insurance.

Then she tracked 757 mother-infant pairs who received care at the clinic after the protocol was instituted. Corriveau collected data during the hospital stay, during the first newborn visit to the clinic, and at the two-, four- and six-month health maintenance visits. She also pulled comparative data from 2008, before the breastfeeding protocol was in place, to compare the two groups.

"We do so many other things at our pediatric practice," Corriveau said. "There's all this other anticipatory guidance, but we didn't before regularly follow-up on breastfeeding. We should be talking about this from the very beginning."

The project – sparked by one of her first graduate classes at UVA – whetted her appetite to take evidence-based research to the front lines of care. It's also emboldened her to approach her clinic's owners and stakeholders to make changes that not only can provide profit, but are "the right thing to do for moms."

"The University's opened my mind to a kind of bigger picture of what a nurse practitioner's role could be," Corriveau said. "We're taught to go and look at health problems, figure out what we can do using evidence-based protocol – and how to write grants, convince stakeholders and shareholders and owners of medical practices – so we can address problems. Going through the DNP program has given me the ability to bring evidence right into practice, to apply it, and see if it helps."

Given the boost to nursing moms in her own practice, Corriveau plans to bring the breastfeeding protocol to her practice's sister offices. She's also spreading the word to area mothers that even if you're not a patient at their clinic, you can come in for breastfeeding help with their lactation nurse.

She will present her findings at the U.S. Breastfeeding Committee meeting in August in Washington, D.C.

"We missed a whole generation of moms breastfeeding, but it's starting to come back," Corriveau said. "It won't unless they have the support. There's a lot more we can do."

Should Alcohol Have Warning Labels About Cancer Risk? Most Americans Say ‘Yes’ END_OF_DOCUMENT_TOKEN_TO_BE_REPLACED