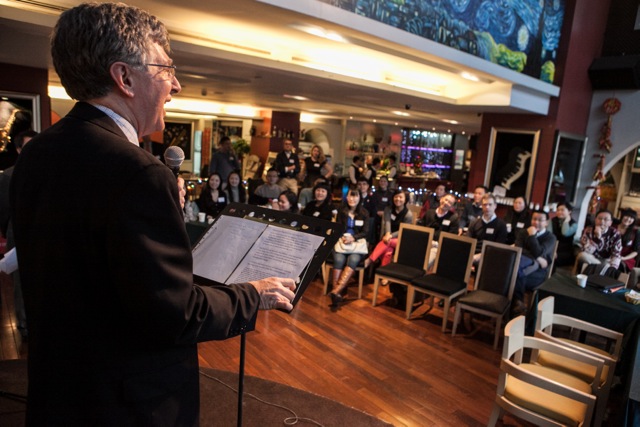 “Given the importance of China and that region of the world, it is vitally important that the University have a sustained and substantive presence there, and we are committed to doing that,” Simon said. “President Sullivan’s trip to the region in May created a lot of good will and interest in U.Va. that made this trip very fruitful.”

In May, Sullivan traveled to Hong Kong, Beijing, Shanghai and Singapore to meet with University partners from Hong Kong University of Science and Technology and high-level education officials from the Ministry of Education and the State Administration of Foreign Affairs Experts.

Between the two of them, Simon and Legro visited Beijing, Shanghai and Hong Kong, meeting with academic partners, alumni, parents and friends of U.Va.

“The goal of those meetings was to learn how U.Va. can create new partnerships and grow existing ones involving research, exchanges and internships,” Legro explained.

He said one aim is to create quality programs with partners in China that will encourage students to study or do experiential learning there for what he called a “serious amount of time.”

Marina Markot, associate director of U.Va’s International Studies Office, said the number of students going to China nearly tripled from 2006 to 2012, with 171 students studying there from 2011 to 2012 in periods ranging from several weeks to a full semester.

During last month’s trip, Simon and Legro also visited programs and offices run by U.S. peer institutions, including Stanford, Columbia, Duke, Harvard and Ohio State universities. “Each of these places is doing different things; some are focused on serving graduate students, some focus on executive education, others on development, and there are those seeding new partnerships,” Legro said.

“These visits will inform U.Va’s next steps in China,” Simon said. “We already have a presence in the region, and that is due to the passion and diligence of faculty in every school at U.Va. Asia will be the source of incredible challenges and opportunities in the years ahead. It is critical to our students and the Commonwealth that we increase our activities there.”

A Sampling of University Programs and Research Partnerships in China

U.Va. has 19 formal agreements with schools in China. For a list of those programs, visit the interactive Academic Agreements map at UVAGlobal. To have a program or partnership added to the map, click the “global affairs” hyperlink at the bottom of the page.

What Is the ‘4th Side’? END_OF_DOCUMENT_TOKEN_TO_BE_REPLACED