The hair-raising scream of Marion Crane in “Psycho.” The dark, deadly Georgetown steps in “The Exorcist.” The hissing voice of Hannibal Lecter in “The Silence of the Lambs.”

These iconic horror scenes have dominated Halloween movie nights for many years. But as Americans turn out the lights and reach for the popcorn this Oct. 31, the University of Virginia’s William Little suggests a different Fright Night film lineup. 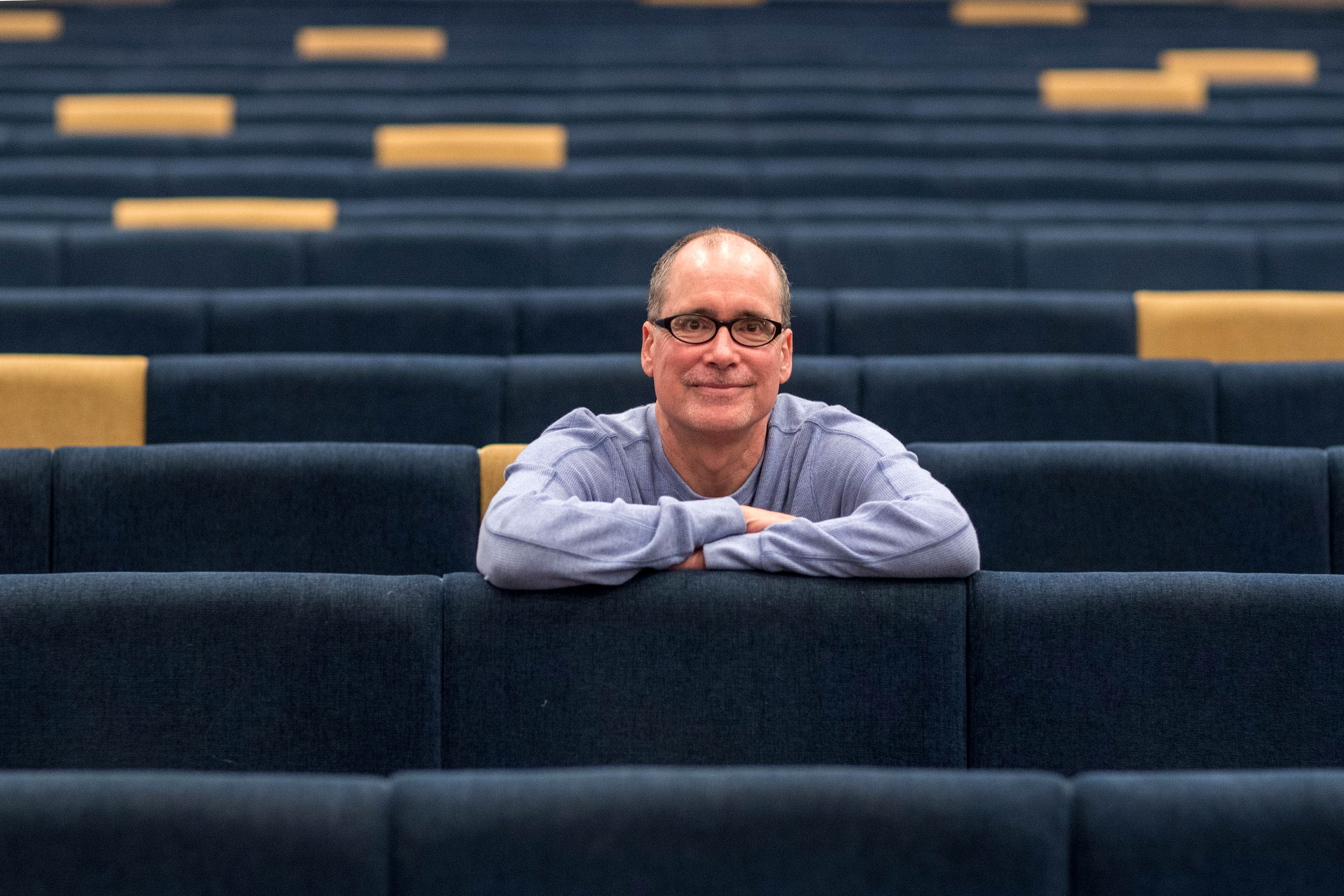 William Little is a senior lecturer and the director of undergraduate programs in UVA’s Department of Media Studies. (Photo by Sanjay Suchak, University Communications)

Little, a senior lecturer and director of undergraduate programs in the Department of Media Studies, teaches film studies at UVA and suggests that film lovers expand their horror movie horizons this Halloween. Breaking them down by subgenre, Little told UVA Today about some lesser-known favorites and a few recent classics that should be on everyone’s watch list this year.

Fanged Flicks: “Near Dark” and “Let the Right One In”

“Near Dark” is a 1987 horror film from Kathryn Bigelow, the same director behind “Zero Dark Thirty” and “The Hurt Locker.” Little characterizes it as a “vampire Western.”

“It’s about this family of vampires who are traveling through the Western landscape in an RV. So it’s also a revisionary riff on the family vacation and it plays around with the genre of the Western in a really interesting way,” he said. “Always in traditional Westerns there was this kind of anxiety about the mixing of blood – native and white blood or black and white blood – and very early on in this film, the young woman vampire bites and mixes blood to infect a young cowboy.”

Little’s other choice in vampire flicks was made in Sweden and takes place in a quiet, snowy landscape. “Let the Right One In” is a 2008 film from director Thomas Alfredson that focuses more on the idea of the vampire figure as an outcast figure worthy of sympathy.

“From my point of view, ‘Let the Right One In’ is one of the best films of the 21st century,” he said. “It’s about a young boy who is marginalized socially, is lonely and bullied at school. Then a strange young girl moves in next to him and she’s a vampire. They develop this friendship, so there’s a suggestion that the monster, the vampire, can relate to and bond with the misfit.”

“Death Proof” is a lesser-known title from famed director Quentin Tarantino. It stars Kurt Russell as a serial-killing stunt driver who preys on women.

“It’s all shot in this way that tries to recreate the actual texture of drive-in movies. You see lots of scratches and clicks and even frames being lost. It’s an homage to celluloid cinema at a time in 2007 when Tarantino realizes film is moving toward digital,” Little said.

In his opinion, “Death Proof” also has one of the best car chases in modern movie history made without computer-generated imagery.

His second psychopath thriller choice, “The Vanishing,” is a 1988 Dutch-French film from director George Sluizer. It tells the story of a man who is searching obsessively for his girlfriend after she mysteriously vanishes from a gas station.

“The male figure becomes haunted by this desire to find out what happened to her and the audience learns early on who has abducted the woman. So viewers are lulled into thinking they understand what has happened – when they really don’t,” Little said.

“OK, this film is certainly already canonical, but I had to include it because everyone who is interested in film should see ‘The Shining,’” Little said. “It’s just beautiful in terms of its formal elements. Director Stanley Kubrick uses strictly ordered, obsessively composed shots to frame the disorder that erupts within the family and the hotel.”

There are many theories about the movie and the main character, Jack Torrance – played by Jack Nicholson – as he descends into madness while serving as the caretaker at the remote Overlook Hotel. One oft-cited theory suggests that Native American imagery in the film sets it up as an allegory for the destruction of Native American life and culture in the United States.

“I would suggest folks who really enjoy the film also watch an interesting documentary about it called ‘Room 237,’” Little said. “In it, critics and fans speculate on all the different theories about ‘The Shining.’”

The Mother of Found Footage: “The Blair Witch Project”

While this film, too, is already rather well-known, Little argues that it’s an important member of any modern horror list because it began what’s known as the “found footage” genre.

“That means the narrative is launched by the discovery of some footage that proves to be terrifying,” Little said. “The film is fictional, but you get an opening preface that suggests that the following footage was found in the woods.”

He added that major franchises like “Paranormal Activity” owe a cinematic debt to “Blair Witch” for popularizing this technique.

“Apart from that, when I first watched it, ‘Blair Witch’ was one of the scariest films I’d ever seen,” he said. “The source of the terror is always outside the frame of the camera and I find that to be a very spine-tingling strategy.”

The Must-See Monster Movie: “The Host”

“The Host” is a 2006 South Korean flick from director Joon-ho Bong. It’s something of a cross between a horror movie and an environmental activist film. It begins with a young South Korean assistant whose boss coerces him into dumping toxic chemicals into the Han River. Over time the chemicals’ influence spawns a strange and dangerous creature that begins to prey on the human population.

“The movie is wonderfully shot and there are some moments that are actually very funny, so it’s another genre-blurring film. It’s kind of a comedy and a drama at the same time,” Little said.

Like “The Host,” every movie on Little’s list has something for casual horror fans and film buffs alike. It’s hard for him to choose a personal favorite, but in terms of scare factor, he believes the devil you don’t know is always much more frightening than the one you do.

“When you know there’s an otherness there but you can never really identify it, that’s the real horror,” he said.