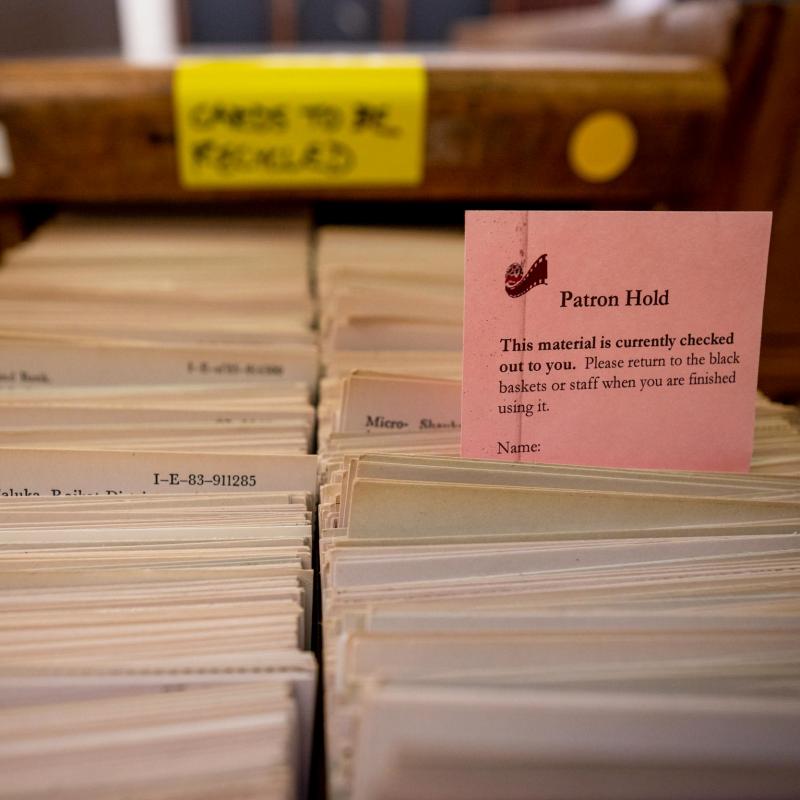 As preparations continue for the renovation of Alderman Library, which replaced the Rotunda as UVA’s central library in 1938, a volunteer effort is preserving one small part of its past: the card catalog.

These little index cards from the library’s old physical card catalog might contain information that is unique about a particular book – and therefore, the library’s holdings and the University’s history. The information neatly typed on the cards – which library workers sometimes supplemented with handwritten notes on front and back – includes details that in many cases are not typically part of the electronic catalog system, Virgo, that the University Library switched to in 1989. At the time, the catalog was transferred by scanning that captured only the front of the cards. 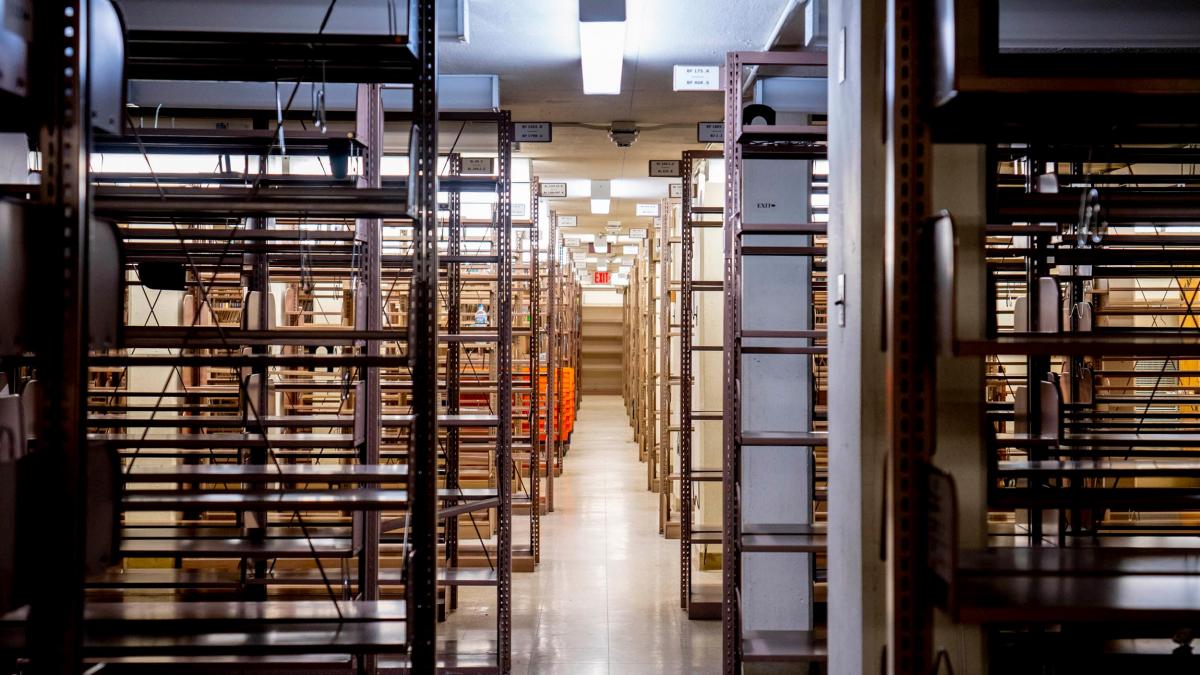 Books On the Move 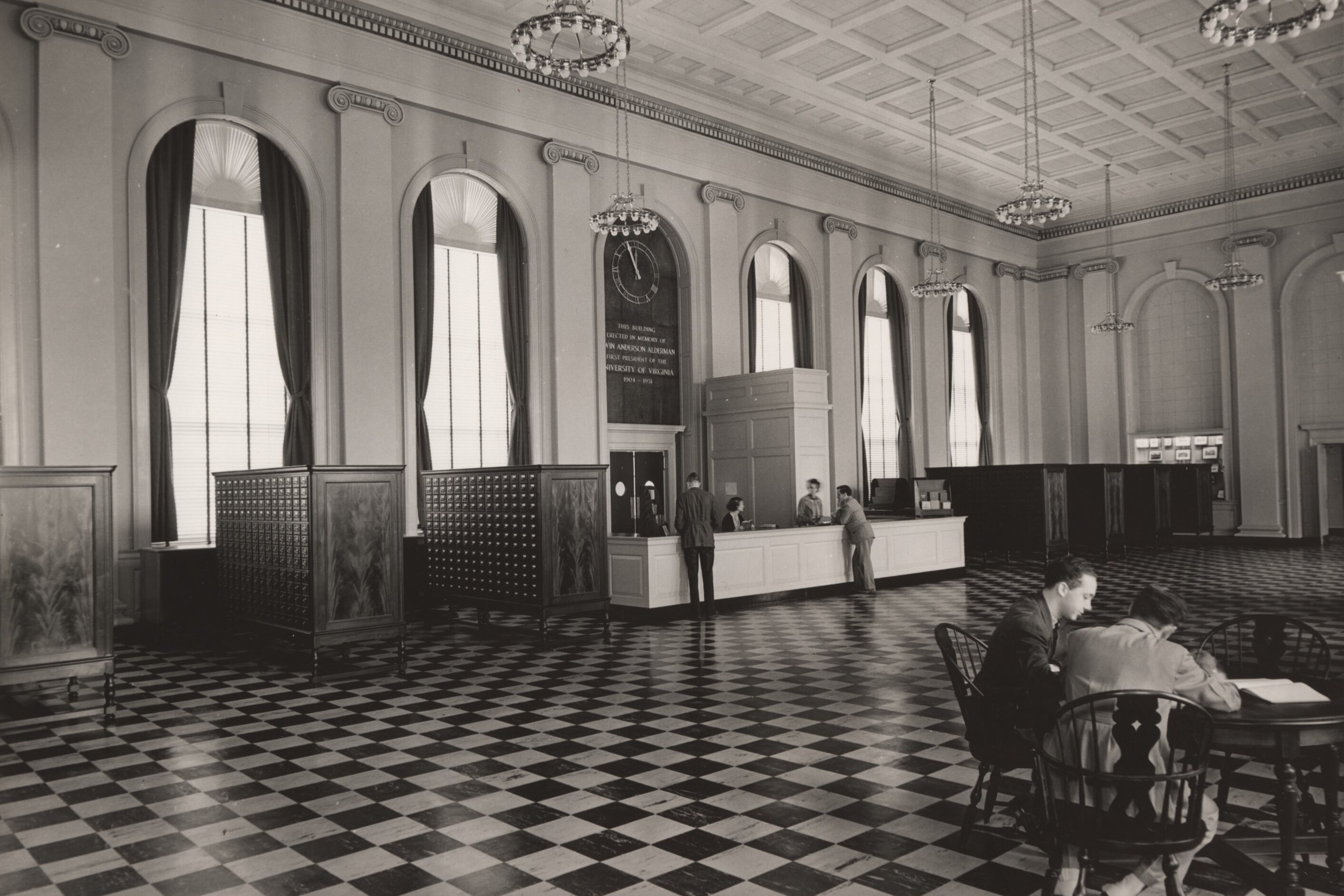 These cards show not only bibliographical information such as when the library acquired the books, but also if they have been lost, stolen or moved into storage to make room for new acquisitions. They might have notes on the provenance of individual volumes, referring to where they came from or who donated them. The cards may also note which professors or departments requested which books for the library to purchase.

Especially after the 1895 fire that damaged the University’s original library in the Rotunda, many books were donated to rebuild the collection.

Last week, as English professor Elizabeth Fowler moved stacks of cards in an orderly fashion into file boxes labeled with particular call number sequences, she said, “We don’t know what future research will be like. We can’t predict that.”

Fowler, who described the library as “the laboratory of the humanities,” was one of about 40 volunteers who answered a call to help pack up the cards. Two Ph.D. candidates in the English department, Neal Curtis and Samuel Lemley, are spearheading the volunteer project. Fowler described them as “selfless” for taking the time to help the next generation of researchers. 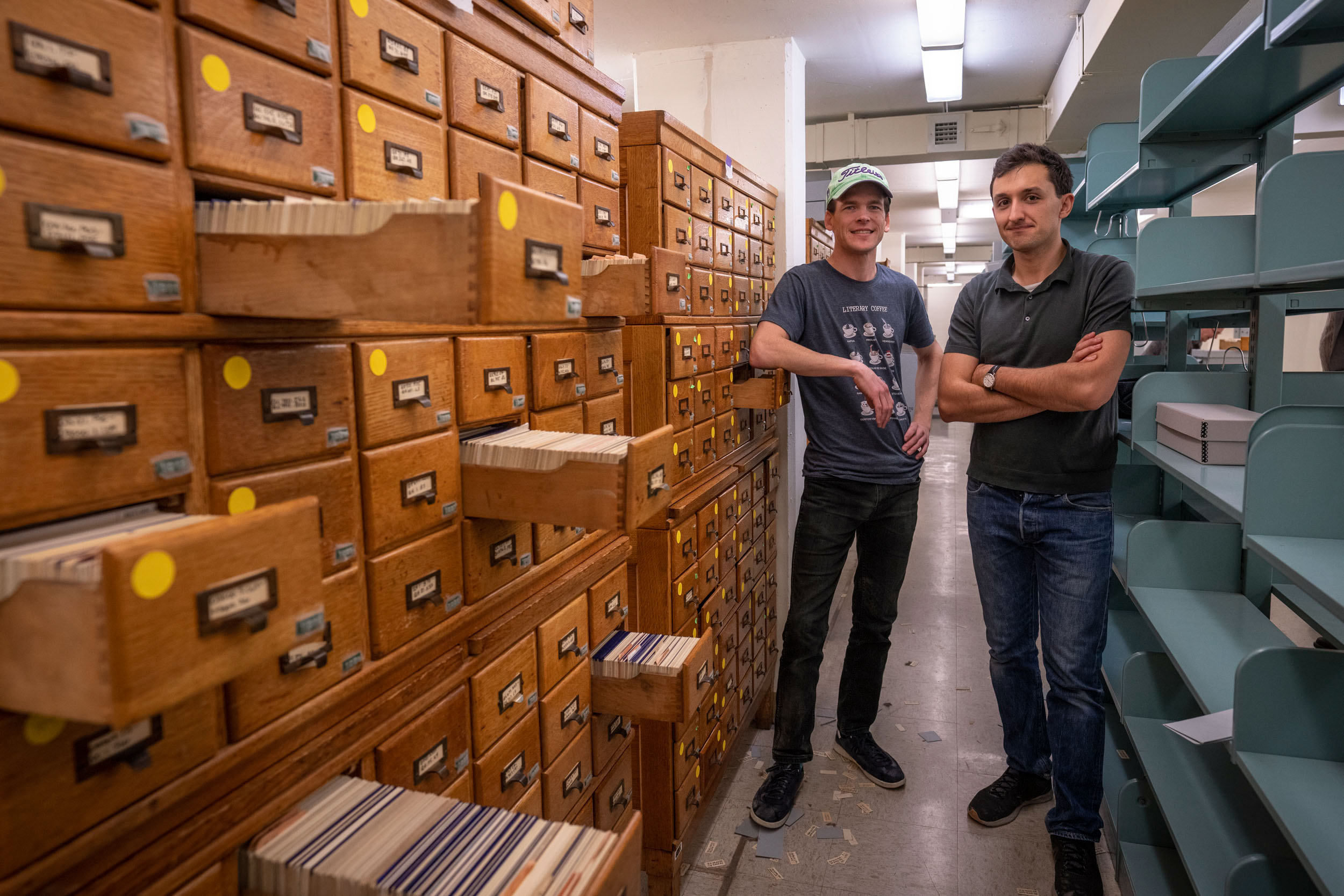 English Ph.D. candidates Neal Curtis, left, and Samuel Lemley spearheaded the volunteer project to save the cards of the previous system, the old physical card catalog.

In addition to volunteers packing up the cards this week, their effort will continue with fund-raising to ensure that the information from the catalog cards will be available eventually through the online catalog. Up until the Ph.D. candidates’ proposal, the library hadn’t found the support for a suitable, cost-effective way to preserve the cards, and the project budget did not include them.

“As the library’s record of itself, the [archived] card catalog will enable future researchers to reconstruct how the University curated and represented knowledge at a given moment in its history,” Curtis and Lemley wrote in their proposal.

Along with using the Virgo electronic catalog, the two doctoral candidates have regularly used the old card catalog, most of which has been stored on the fifth floor of Alderman in the intervening years, while working on their Rotunda Library Online project.

Curtis mentioned one example of information that he found: “One of the first drawers of the author-title catalog I looked through held a card for Benjamin Smith Barton’s ‘Elements of Botany’ [the 1804 edition]. The card indicated that UVA’s copy of this book was signed by Joseph C. Cabell, who was instrumental in the founding of the University.”

Curtis checked to see if the Virgo entry included this detail, but he found no record of the book at all. “I thought perhaps that was because the book had been lost, and the Virgo entry deleted, but just in case, I emailed David Whitesell [curator in the Albert and Shirley Small Special Collections Library] and asked him if this signed copy of Barton’s ‘Elements of Botany’ was on the shelves over there. Indeed it was.

“In other words, the card in the author-title catalog was the only record we had indicating that this interesting artifact was still at UVA,” Curtis wrote in an email. 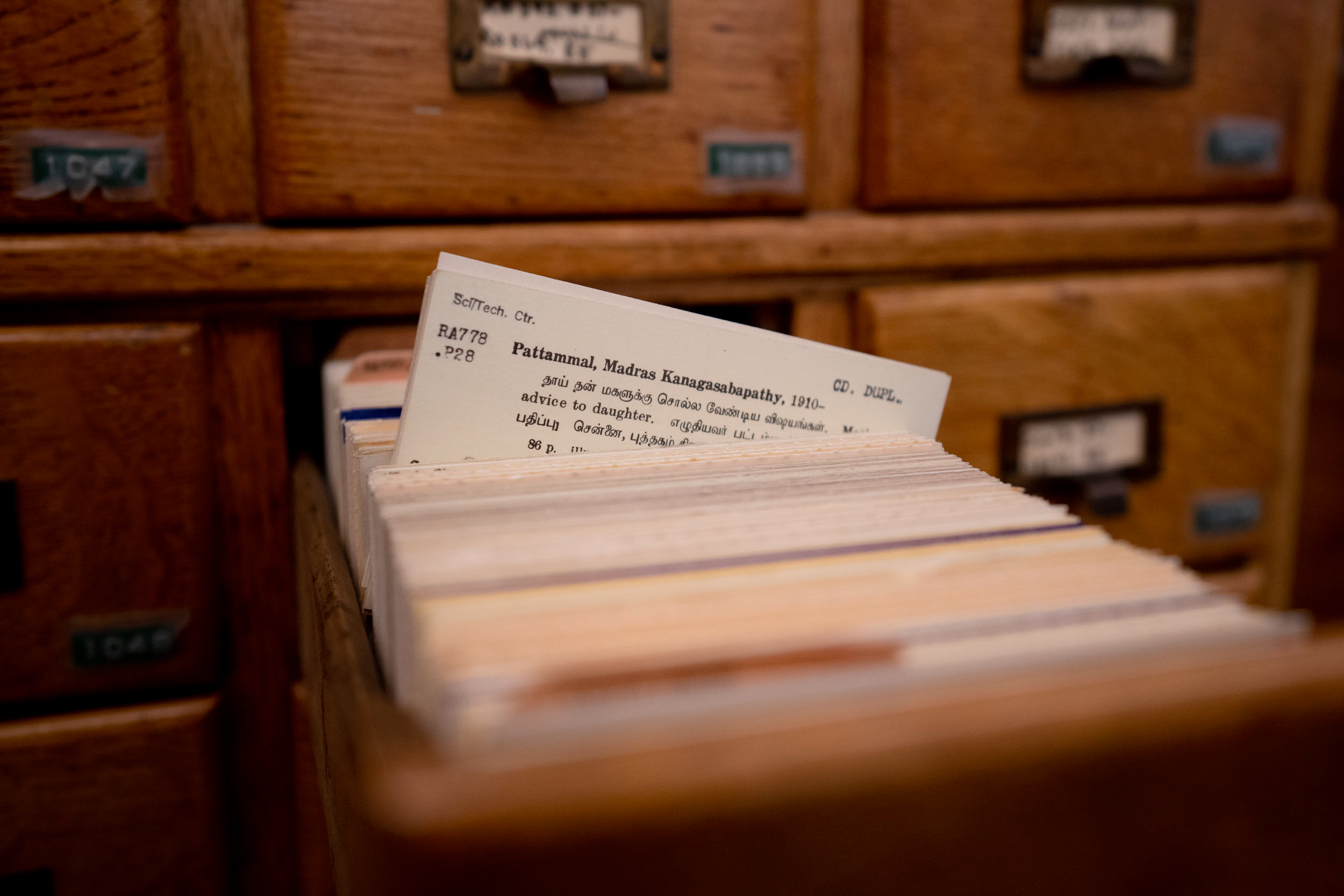 For future scholars, these index cards might provide information that is not captured electronically and is unique about a particular book – and therefore, the library’s holdings and UVA’s history.

“The University’s library system has undergone many complex changes over the past two centuries, and with every development in cataloging come new opportunities for errors in transcription, so this is not an indictment of past or present librarians! Quite the contrary: it’s a testament to just how fortunate we are at UVA to have (and to have had) such thorough librarians, catalogers and filers,” he added.

The students’ proposal stressed that the creation and maintenance of the card catalog represent tens of thousands of hours of work done by seldom-recognized librarians of the past, most of whom were women.

University Librarian and Dean of Libraries John Unsworth applauded the attention paid “to the often-invisible work of the usually female experts who created and organized and maintained the intellectual record of the University represented in the card catalog,” he wrote in an email. 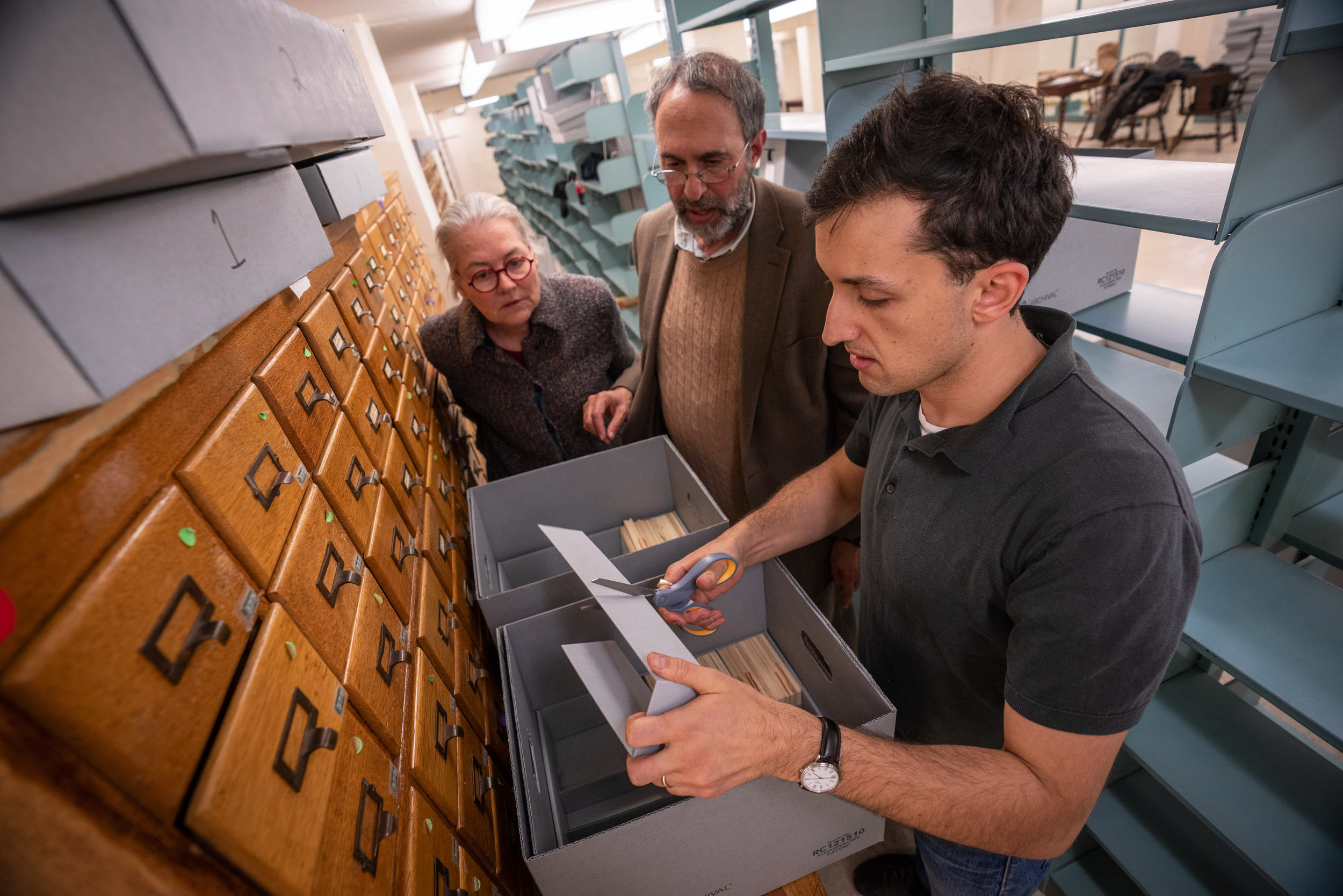 English professors Elizabeth Fowler, left, and Victor Luftig joined the volunteer effort with Sam Lemley, right, and other helpers to pack for storage the cards from the old card catalog.

Lemley and Curtis said it’s been a privilege to work with Unsworth and others, including University Library Exhibits Coordinator Holly Robertson. Curtis and Lemley acknowledged that the librarians vetted and improved the process they had devised.

Robertson said the doctoral candidates thought about how the cards could be stored in a way that kept them in order so they might be used in the future. With so much work to be done emptying Alderman and preparing for the renovation, the volunteer effort is a huge help, she said.

Along with library staff, many professors had been considering the fate of the card catalog and how the cards might be preserved. One of them, President Emeritus John T. Casteen III who’s a member of the English department faculty, and his wife, Betsy Casteen, offered their support, as did the Bibliographical Society of UVA, for which John Casteen serves as president.

“Bibliographical scholarship is one of UVA’s great strengths as a research university,” Casteen noted. In an email, he acknowledged several people along with the doctoral candidates who aided the effort, including University Professor Jerome McGann and Terry Belanger, a member of the Bibliographical Society council and the retired founder of Rare Book School, housed at the library.

“The project came about because these colleagues engaged John Unsworth’s backing along with that of colleagues on the library staff. It is a genuine collaboration of a kind that I do not know from any other university or library,” Casteen said.

He remembered as a student worker at Alderman Library that the backs of the cards in the catalog would note which books came from founder Thomas Jefferson or from other significant collections. 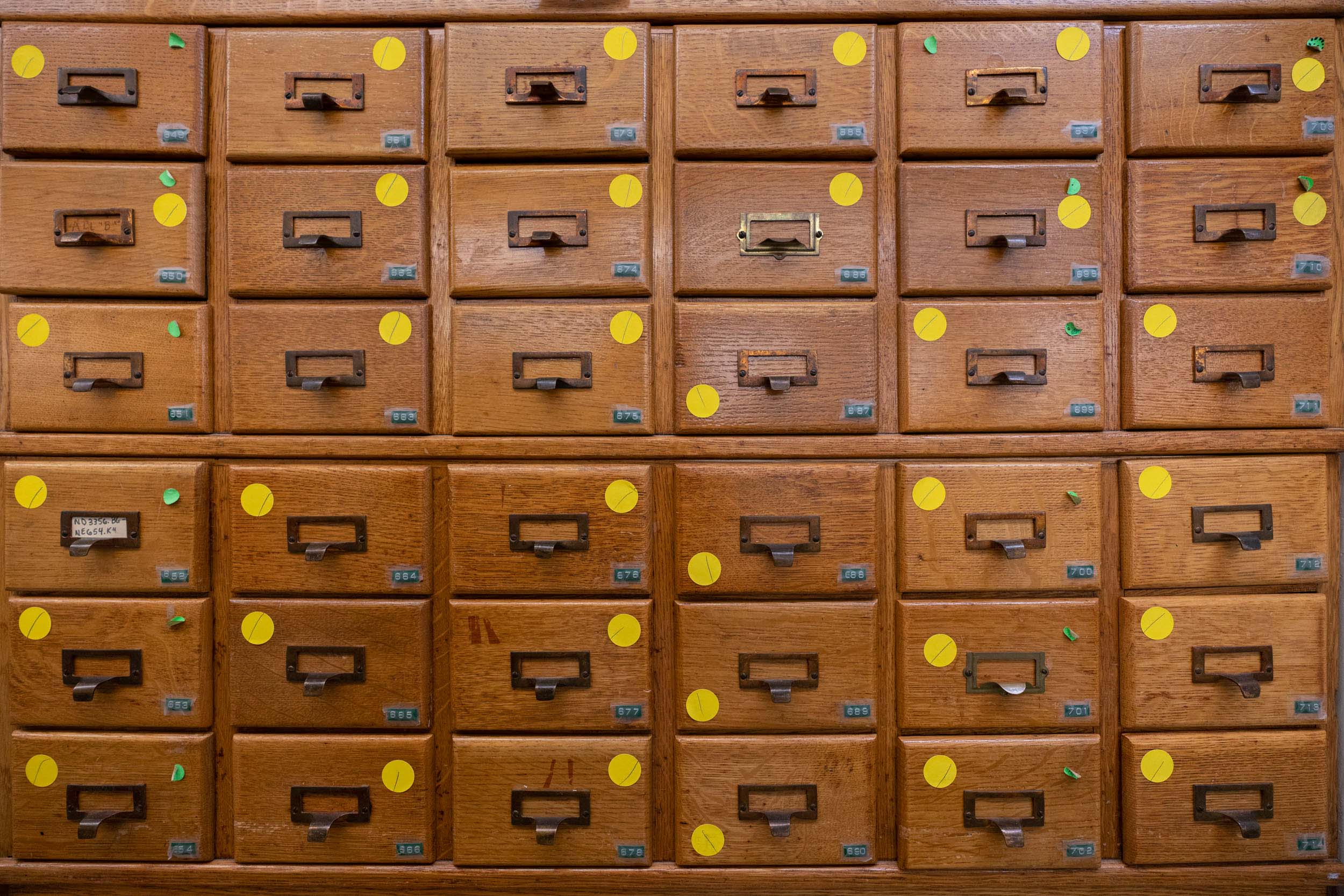 University Librarian and Dean John Unsworth called the volunteer project “a good example of a history being actively and socially negotiated, preserved and transmitted through community.”

“Many came here, as Jefferson’s did, as elements of coherent collections whose creators pursued well-informed learned or scholarly purposes in their book buying. Collections of this kind are, among other things, evidence in the study of intellectual and cultural history,” Casteen wrote.

Unsworth credited all the people working together on the project.

“The University of Virginia was built around its library,” Unsworth wrote in an email, “and it has a long and distinguished history of bibliographic scholarship, from the Bibliographic Society of the University of Virginia to New Historicism to the Rare Book School. The fact that this effort to preserve the final state of our (1989) card catalog is being led and organized by graduate students testifies to the continued vitality of that tradition.

“I’m glad this is getting done, and it is a good example of a history being actively and socially negotiated, preserved and transmitted through community.” 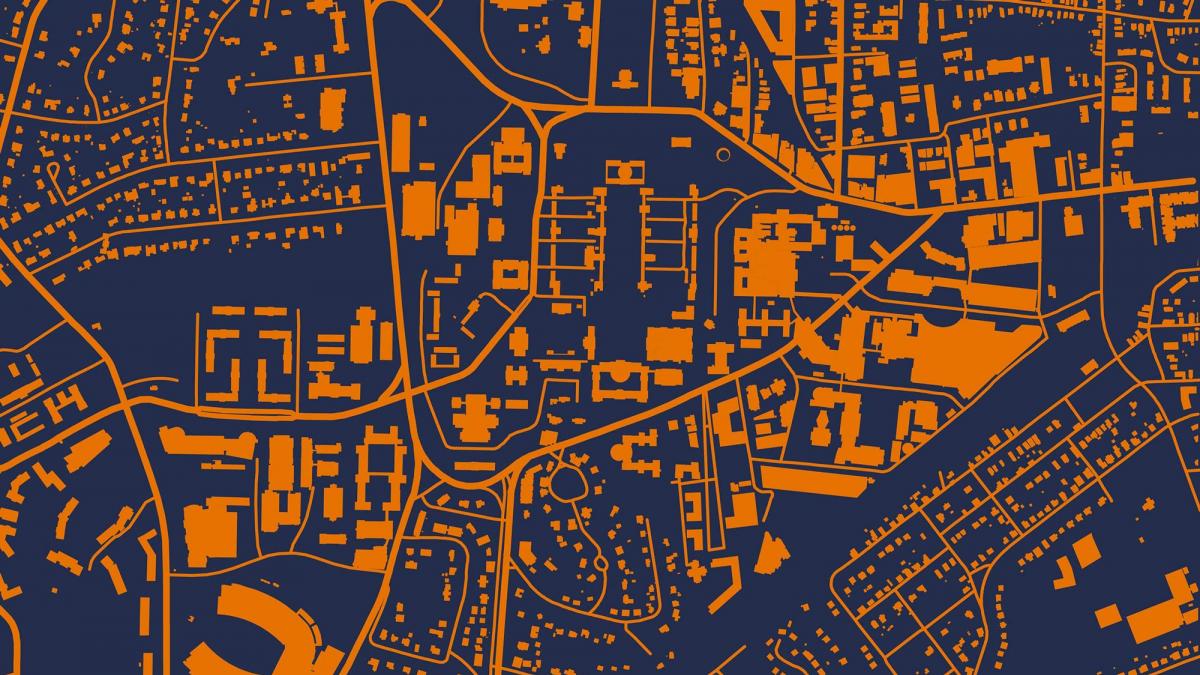 The Future of Grounds, in Eight Projects 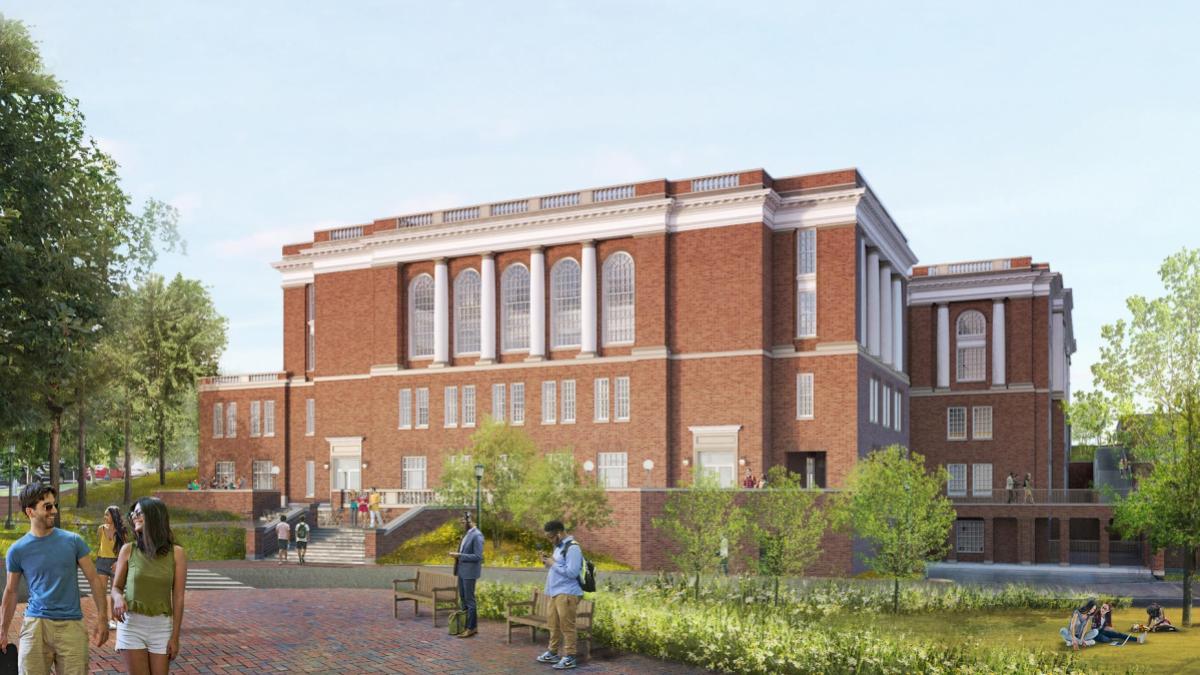 5 Ways Alderman Library Will Be Transformed 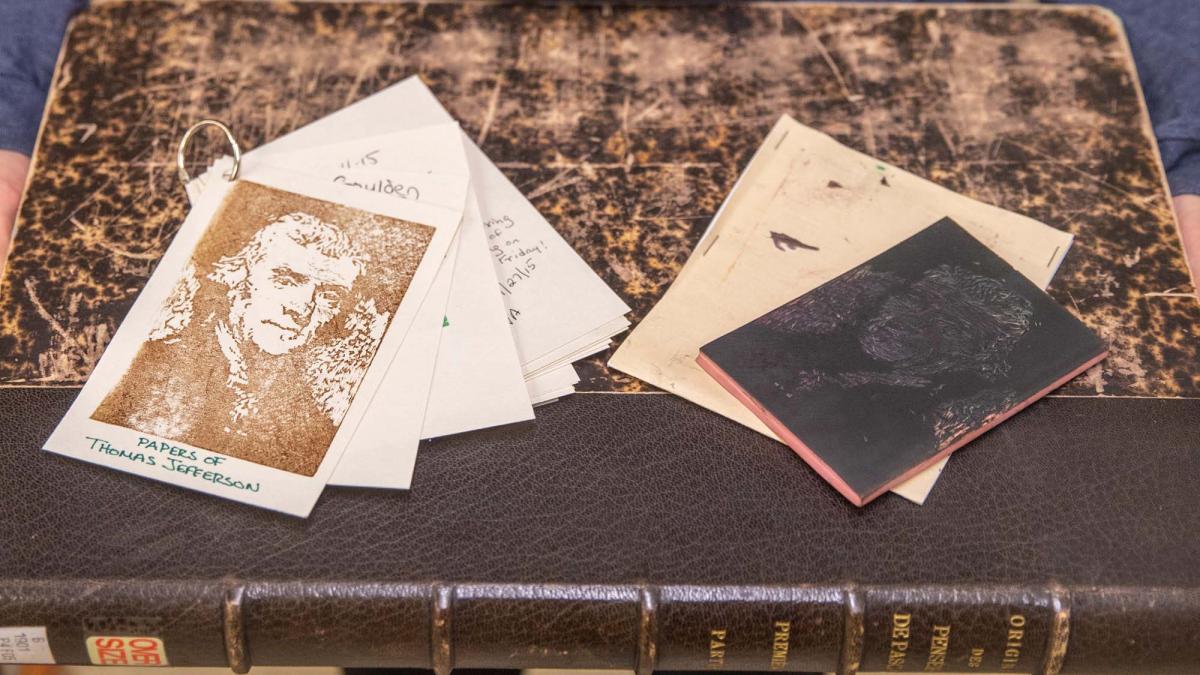