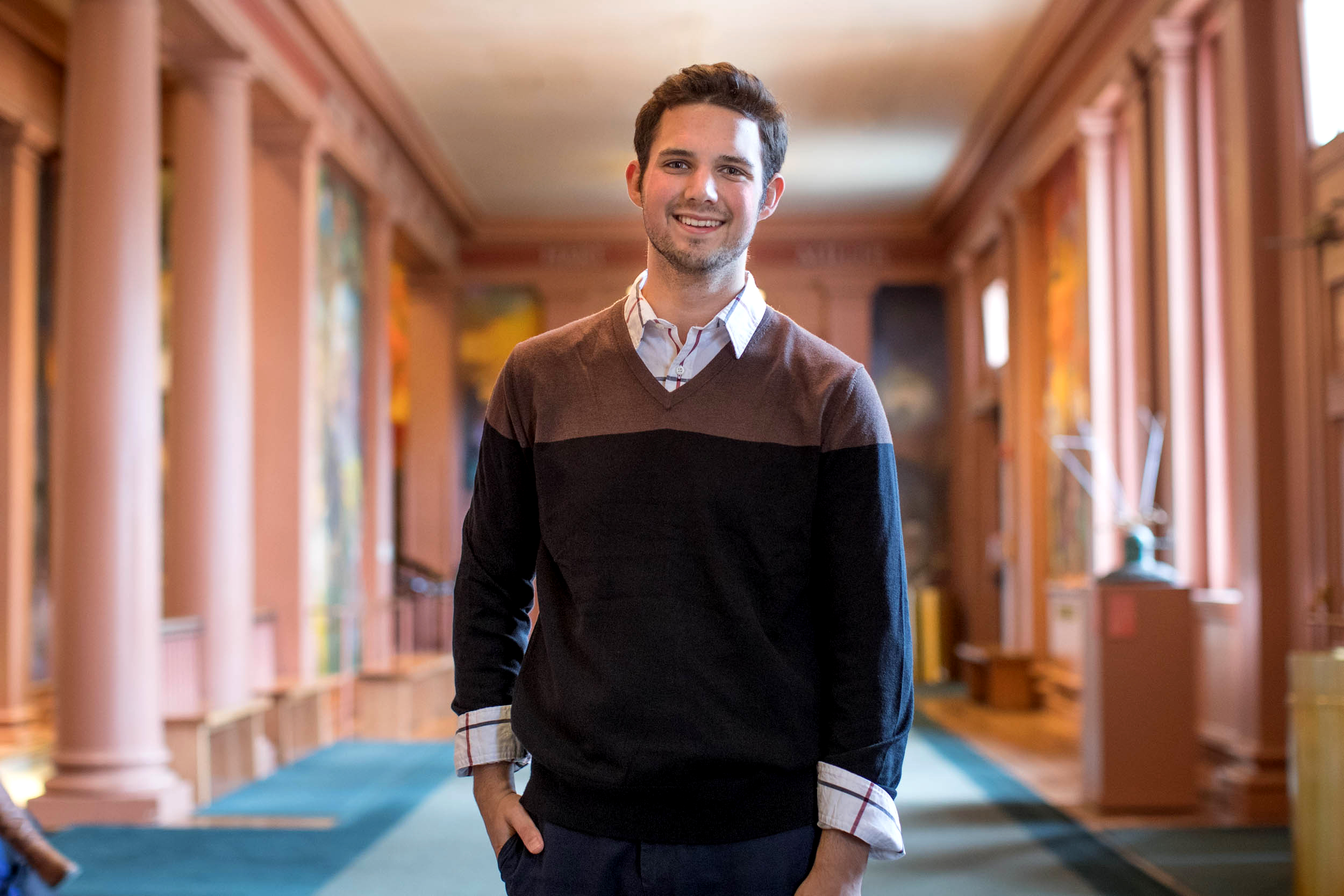 University of Virginia music major and aspiring opera singer Wesley Diener fell in love with opera in high school, as he studied a book of Italian art songs that his voice teacher gave him.

Diener, a third-year student from Northern Virginia, was no stranger to musical performance. His grandparents met as members of the Michigan State University marching band and his mother attended a music conservatory as a flutist before pursuing her MBA. Diener himself had played violin since he was 8 and was a regular participant in musical theater programs around his hometown in Vienna. His favorite role to date remains the Cowardly Lion in a community theater production of “The Wizard of Oz,” performed at George Mason University’s Hylton Performing Arts Center.

In opera, his roles tend to be slightly more sinister, because villainous parts are often composed with baritone or bass voices in mind. Diener, a baritone, is currently rehearsing an aria from the Italian opera, “Don Pasquale.” He plays the scheming Dr. Malatesta, who cons the elderly bachelor Don Pasquale into a sham marriage in order to force the wealthy old man to allow his nephew and heir, Ernesto, to marry Malatesta’s sister.

Diener considered attending a conservatory program like his mother, but wanted a more versatile education. He chose UVA after meeting with Beasley, and learning more about the McIntire Department of Music. Now, he is majoring in music with a music performance concentration, which requires him to perform arias like the one above in front of a faculty evaluation panel. Next weekend, he will use the same aria in an audition for a two-month summer opera festival in New York City.

Last summer was also devoted to opera. Diener attended an intensive two-month training program at the Franco American Vocal Academy in Périgord, France after receiving grants from UVA’s Miller Arts Scholars program and the Center for Undergraduate Excellence. Along with 44 other singers from around the world, he received voice lessons and coaching, put on a concert and operetta and took a lead role in the school’s production of the famed French opera, “Mireille.”

“I spent about two months learning the parts by myself before going to France, and then we practiced every day,” said Diener, who also takes French classes at UVA. “I spent a lot of time just making sure it was all in my range, healthily, before adding interpretations.”

At UVA, he tries to fit in at least 1½  or 2 hours of voice practice every day, often staying in rehearsal rooms in Old Cabell Hall until closing time. Beasley has worked with Diener since his first year, and provides one-on-one coaching during weekly rehearsals.

Diener also seeks out as many opportunities to perform as possible. He acted with UVA’s First Year Players during his first year and joined the group’s production team last year; performs with the Spectrum Theatre student theater group; serves on the executive board of the University Singers choral group; and performs with UVA’s Chamber Singers. He has also performed with Charlottesville’s opera company, Ash Lawn Opera, and served as a director and music director with a local children’s theater group, DMR Adventures.

As a drama minor, Diener has been involved in numerous plays and musical theater productions. He is also on the Music Arts Board, which organizes UVA residencies for outstanding musicians, and served on the Student Council Student Arts Committee last year.

“I am really passionate about heightening the arts as much as possible here,” Diener said. “There is a lot of interest and so much talent and passion.”

After graduation, Diener plans to move to a larger city and hone his craft for a few years before applying to graduate school at a music conservatory. After that, he can either join young artist programs in American opera houses or move abroad to work with European opera houses.

“Something special about UVA is that I feel I have enough of a broad education and grounding that I could take two or three years before graduate school to study with a teacher or coach while also working in something related or unrelated to support myself,” he said. “I’m also very grateful to the faculty in the music and drama departments for their caring and in-depth mentorship and guidance. I always know they will provide whatever help they can, which I think is what makes this a special place.”

Meet the New Cavalier on Horseback: She’s Eager To ‘Carry On a Legacy’ END_OF_DOCUMENT_TOKEN_TO_BE_REPLACED

Housing Changes Are a Breath of Fresh, Cool Air – Especially for Lawnies END_OF_DOCUMENT_TOKEN_TO_BE_REPLACED

Virginia Football – For All Virginia END_OF_DOCUMENT_TOKEN_TO_BE_REPLACED