One Year. Three Minutes. So Much To Celebrate. 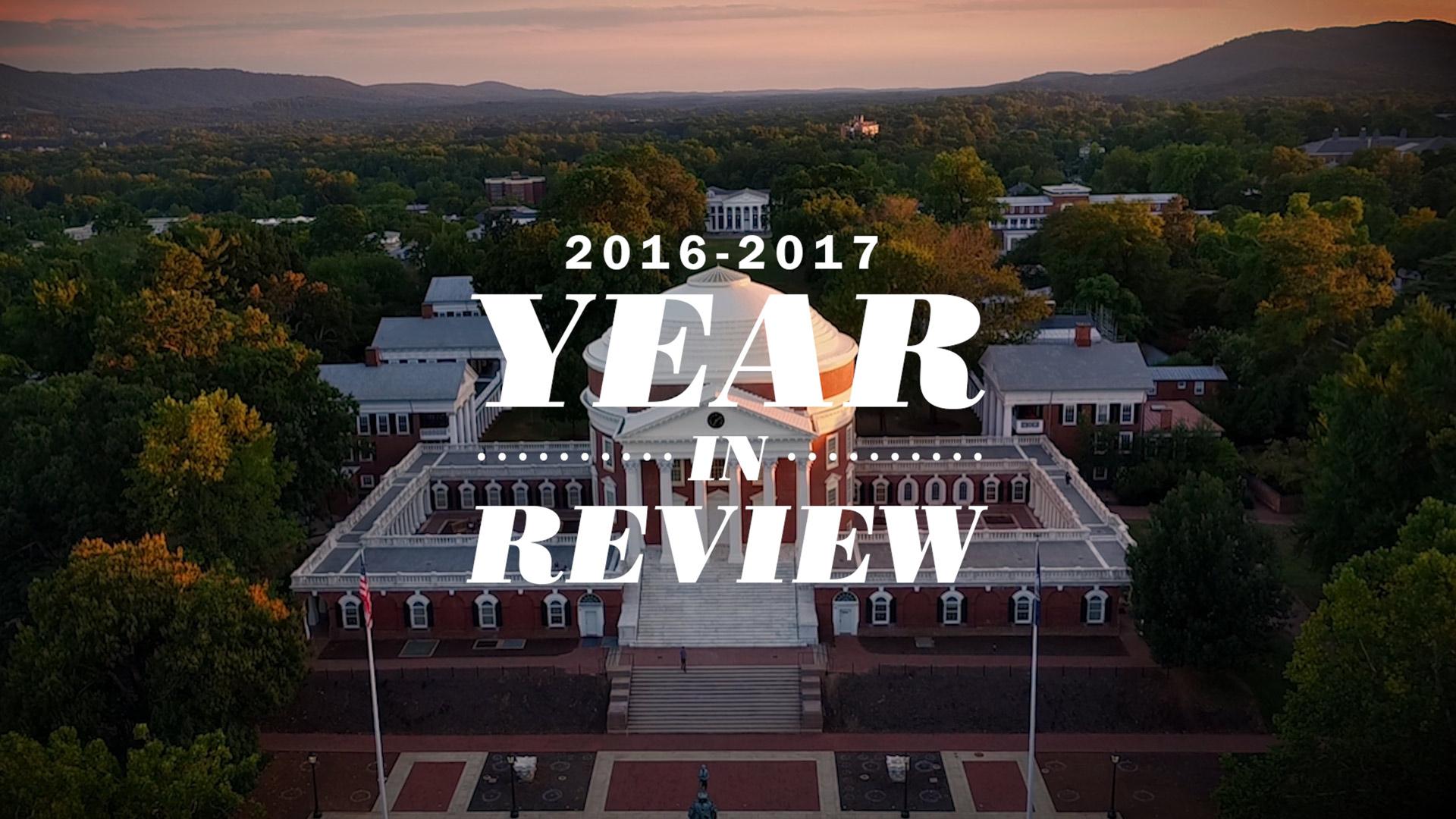 This weekend, as 6,698 graduates don their caps and gowns, the University of Virginia will cap off the 2016-17 academic year.

It was a year to remember, marked by achievements that began on Grounds and reverberated around the world. Though it is impossible to capture everything that happened on Grounds in one three-minute video, Fourth-Year Class Council President Malcolm Stewart – a future Lawn resident – takes you through some of the highlights in the video above.

There was the historic re-opening of the Rotunda and the remarkable achievement of the Class of 2017, which includes two Rhodes Scholars, at least five Fulbright Scholars and UVA’s first-ever Ertegun Scholar.

Research conducted on Grounds continued to have a major impact around the world. In Chile, a new APOGEE astronomical instrument – designed and built by UVA scientists – will allow us to see the far reaches of the Milky Way. Closer to home, UVA researchers began clinical trials for an artificial pancreas that could revolutionize diabetes treatment.

UVA faculty from across disciplines joined together to make a difference everywhere from the frontiers of neuroscience to the shores of a polluted river in India. The University's new Brain Institute awarded seed funding to its first seven projects this year. And in the fall, UVA inked a five-year memorandum of understanding with the New Delhi water authority to map out an expansive prescription to rehabilitate the pollution-choked Yamuna River.

UVA student-athletes also thrived on the national stage. The Class of 2017’s own Leah Smith captured gold and bronze medals in the 2016 Olympics. The rest of the world realized what UVA fans have long known about basketball star Malcolm Brogdon, and the UVA men’s tennis team brought home its sixth ITA National Indoor Championship (and as of this writing, remain in contention for their fourth NCAA championship in five years).

That’s just the beginning – take a look at what else happened.

Meet the New Cavalier on Horseback: She’s Eager To ‘Carry On a Legacy’ END_OF_DOCUMENT_TOKEN_TO_BE_REPLACED

Housing Changes Are a Breath of Fresh, Cool Air – Especially for Lawnies END_OF_DOCUMENT_TOKEN_TO_BE_REPLACED

Virginia Football – For All Virginia END_OF_DOCUMENT_TOKEN_TO_BE_REPLACED