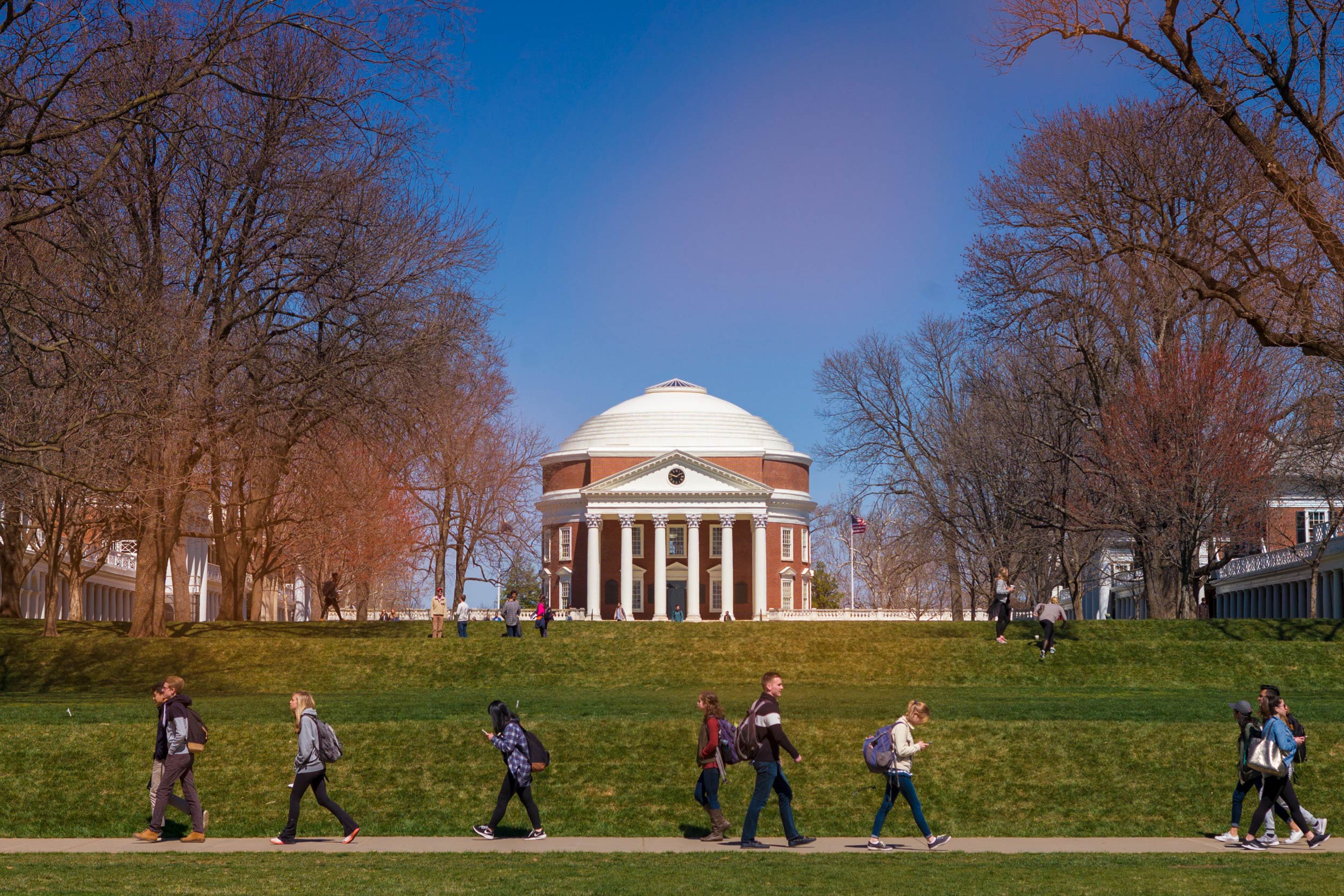 This summer, pairs of University of Virginia student researchers will study the social networks of the forked fungus beetle, the influence of propaganda on non-governmental organizations, and how people interpret the impact of their own conversations.

They will be backed by 15 “Double Hoo” research awards, which fund pairings of undergraduate and graduate students who collaborate on research projects. Each project is awarded up to $6,000 toward research expenses, plus $500 to compensate a faculty mentor.

This year’s winners were selected from a pool of 56 pairs of applicants. The research grants, awarded for the 15th year, have been funded since 2015 through the University’s Cornerstone Plan, which captures many student, faculty and staff aspirations, organized around the theme of leadership.

The funding will allow some students to continue research they have already started, or present their findings at a conference; for others, it will be an opportunity to start something new. Five of last year’s teams had their grants renewed, up to $3,000, to help fund the presentation and continuation of their research.

“The Double Hoo award helps introduce undergraduates into research by pairing them with graduate students who can guide them through a research experience, from proposing a topic of inquiry to presenting their findings,” said Brian Cullaty, director of UVA’s Office of Undergraduate Research. “The pairing allows the undergraduate student to work on a higher level of research than they might otherwise do on their own. The relationship also provides an opportunity for the undergraduate to learn about life in graduate school and seek advice about their own future plans.”

The relationship is not just one-sided.

“The benefit for the graduate student is to gain mentoring experience and valuable skills for the academic job market,” Cullaty said. “Many graduate students also tell me that their undergraduate partners push them to think in new and creative ways about their research.”

“Though participating in research, students learn to collect and assimilate information and knowledge needed to answer questions in their area of interest, think clearly though complex issues and present their findings in a clear manner,” Holmes said. “These are invaluable skills that prepare students for whatever the student chooses to do in their professional and personal life. Recent research has highlighted the importance of engaging in experiential learning for long-term well-being of college graduates, both personally and professionally.”

While undergraduate research is typically done in close collaboration with faculty members who are world-renowned scholars and researchers, the Double Hoo grants add another element: the involvement of a graduate student mentor, who plays a key role in defining the project and selecting the student.

“In addition to the benefits that pursuing research provides, the Double ’Hoo program also helps graduate students develop skills in mentoring, supervision and management which will be important as they take on leadership roles in industry or academia upon graduation,” Holmes said.

Double Hoo recipients from 2018 who have received additional funding are: