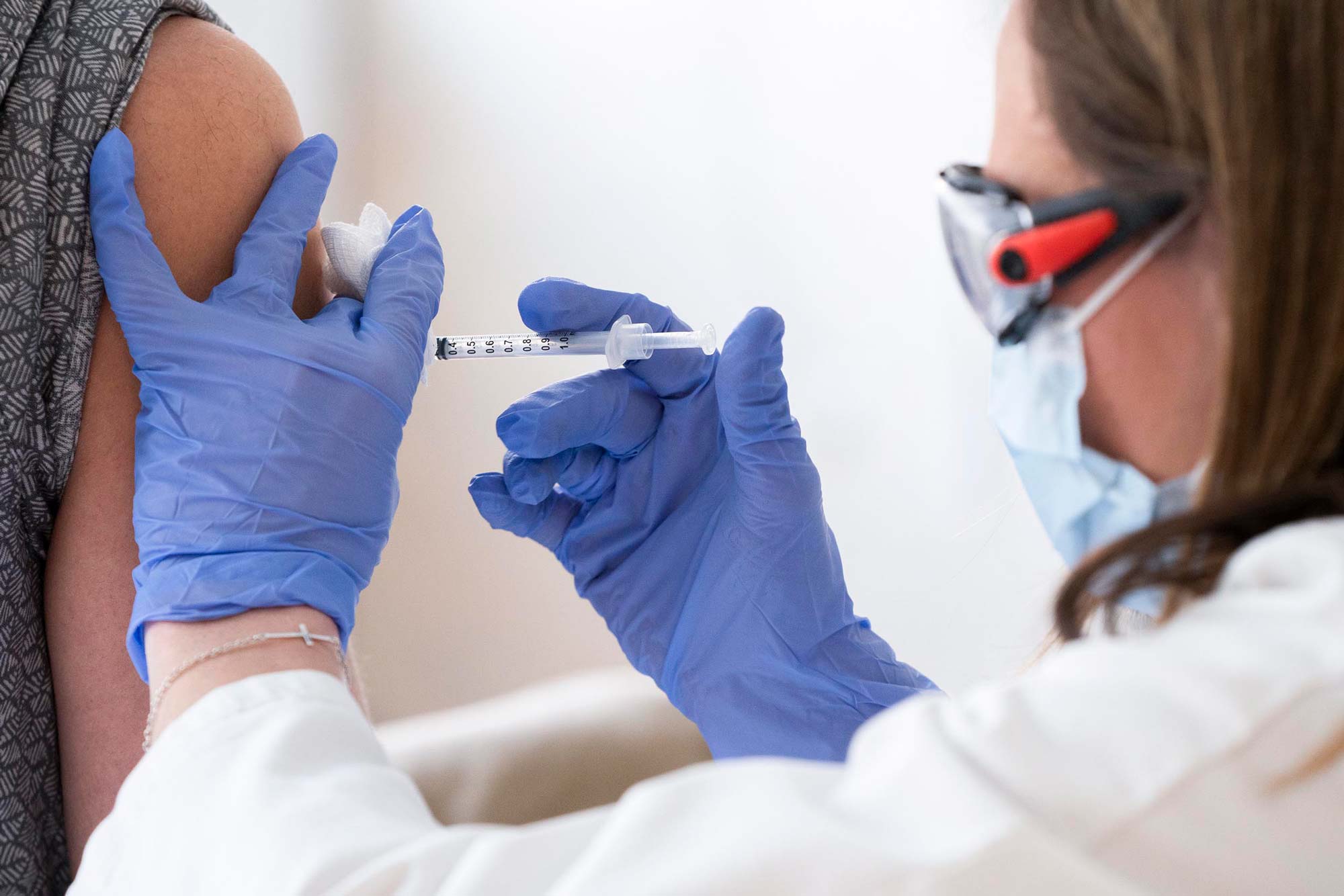 The antibodies generated by Pfizer’s COVID-19 vaccine rise more slowly and decline more quickly than those generated by the Moderna vaccine, according to a new study from University of Virginia School of Medicine. The study also finds that older recipients of the Pfizer vaccine generated fewer antibodies than did younger recipients – but this wasn’t the case for Moderna, where age did not appear to be a factor.

The researchers determined that both vaccines generated similar peak levels of COVID-fighting antibodies. This result is at odds with a prior report from the same group that showed antibodies were higher after Moderna, but they said the discrepancy likely can be explained by the faster rate at which the Pfizer antibodies decline. It will be important for future research to consider time frame from vaccination carefully when assessing peak antibody response, they said.

“It is not surprising that antibody levels fall after vaccination,” said Behnam Keshavarz, an immunologist at the University of Virginia School of Medicine. “But we were struck by how rapidly the antibodies fell after the mRNA vaccines, particularly the Pfizer/BioNTech vaccine.”

A week to 20 days after their second doses, recipients of Pfizer’s and Moderna’s mRNA vaccines had antibody levels that were about 50 times higher than those seen in the Johnson & Johnson recipients. Shortly thereafter, antibodies from both Pfizer and Moderna began to drop. But the drop was more precipitous for Pfizer.

After six months, Pfizer vaccine recipients had antibody levels lower than both the Moderna recipients and patients who had been hospitalized with severe COVID-19 six months prior. (Patients who suffer severe COVID are thought to generate more antibodies than people who recover from mild cases.) 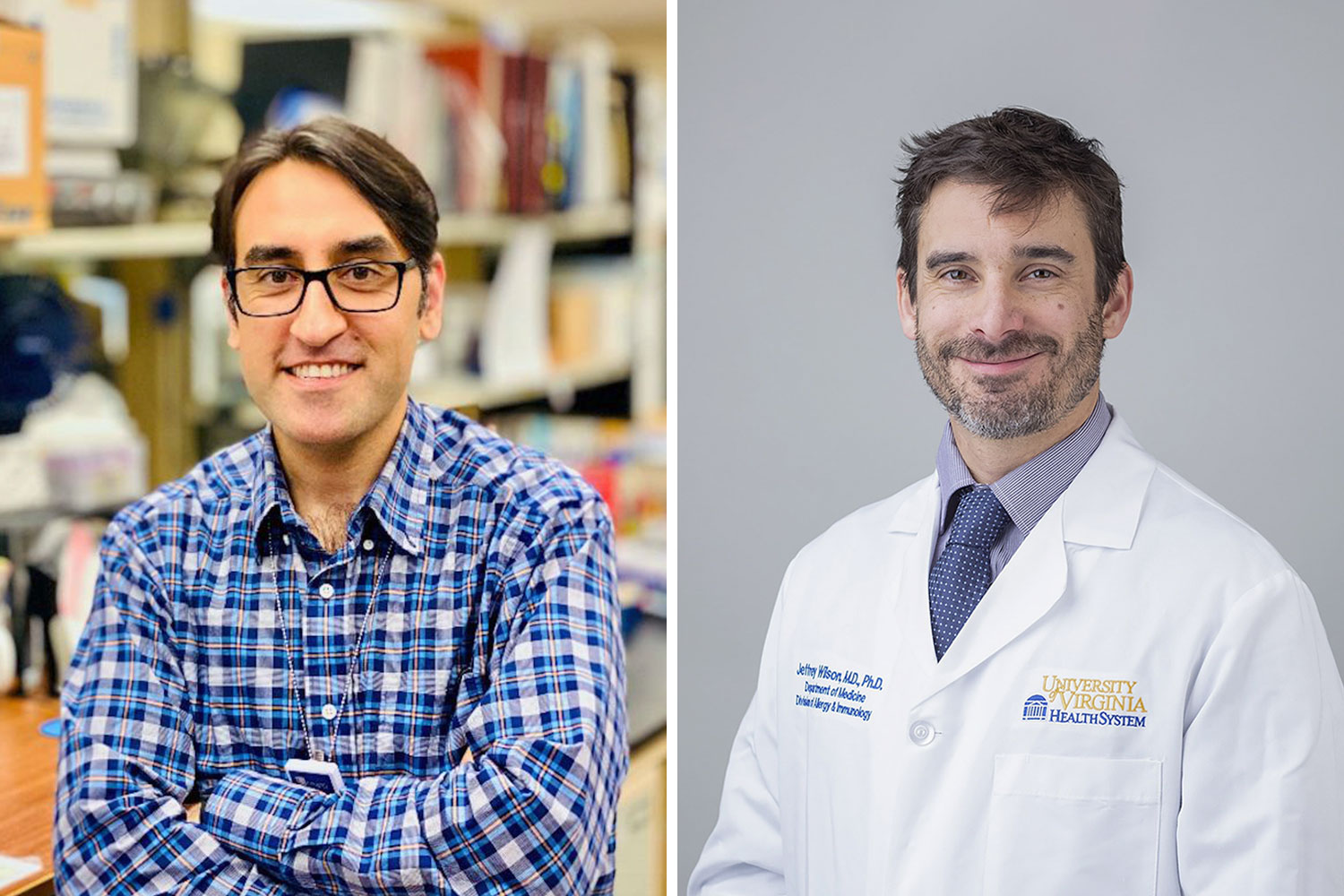 The scientists noted that while the Pfizer and Moderna vaccines are similar, there are differences in their formulations and the amount of mRNA they contain. This could explain the differences in antibody responses they generate. Time between doses also could be a significant factor.

It’s important to understand that antibody levels are a relatively crude tool to assess vaccine effectiveness; doctors aren’t even sure there’s a direct correlation between antibody level and COVID-19 protection. Antibody levels naturally decline, whether after vaccination or illness, but the immune system “remembers” how to make the necessary antibodies when again confronted by the virus.

Time has already told the most important story: All three vaccines examined in UVA’s study performed remarkably well in protecting against severe illness, hospitalization and death.

Understanding how antibody levels decline, however, may help doctors and policymakers gauge when booster shots are needed, and who should receive them. For example, the study found that older recipients of Pfizer’s vaccine generated fewer antibodies than did younger recipients. This was true in the first three weeks and confirmed four to six months later. But this wasn’t the case for Moderna recipients, for whom age didn’t appear to have a significant effect. This raises the possibility that booster shots may be of more benefit to older Pfizer recipients than to older Moderna recipients, though this idea would need more study.

The researchers also noticed that there was a trend of men generating fewer antibodies than women, but, contrary to a prior report, this was ultimately deemed statistically insignificant.

The scientists noted that it remains unclear if the greater antibody response generated by the Moderna vaccine translates into better real-world protection. But the study, they said, may help explain emerging differences in COVID-19 infection rates seen among recipients of the different vaccines.

“Both Pfizer/BioNTech and Moderna have proven very effective in protecting against severe disease, but our study builds on others that have shown some subtle differences in outcomes that favor Moderna,” senior author Dr. Jeffrey Wilson said. “This could particularly be true in higher-risk populations, such as older subjects or those who have conditions with suppressed immune systems.”

It’s Copperhead Season in Virginia. Here Is What You Need to Know END_OF_DOCUMENT_TOKEN_TO_BE_REPLACED

What’s Next for UVA’s Class of 2022? END_OF_DOCUMENT_TOKEN_TO_BE_REPLACED