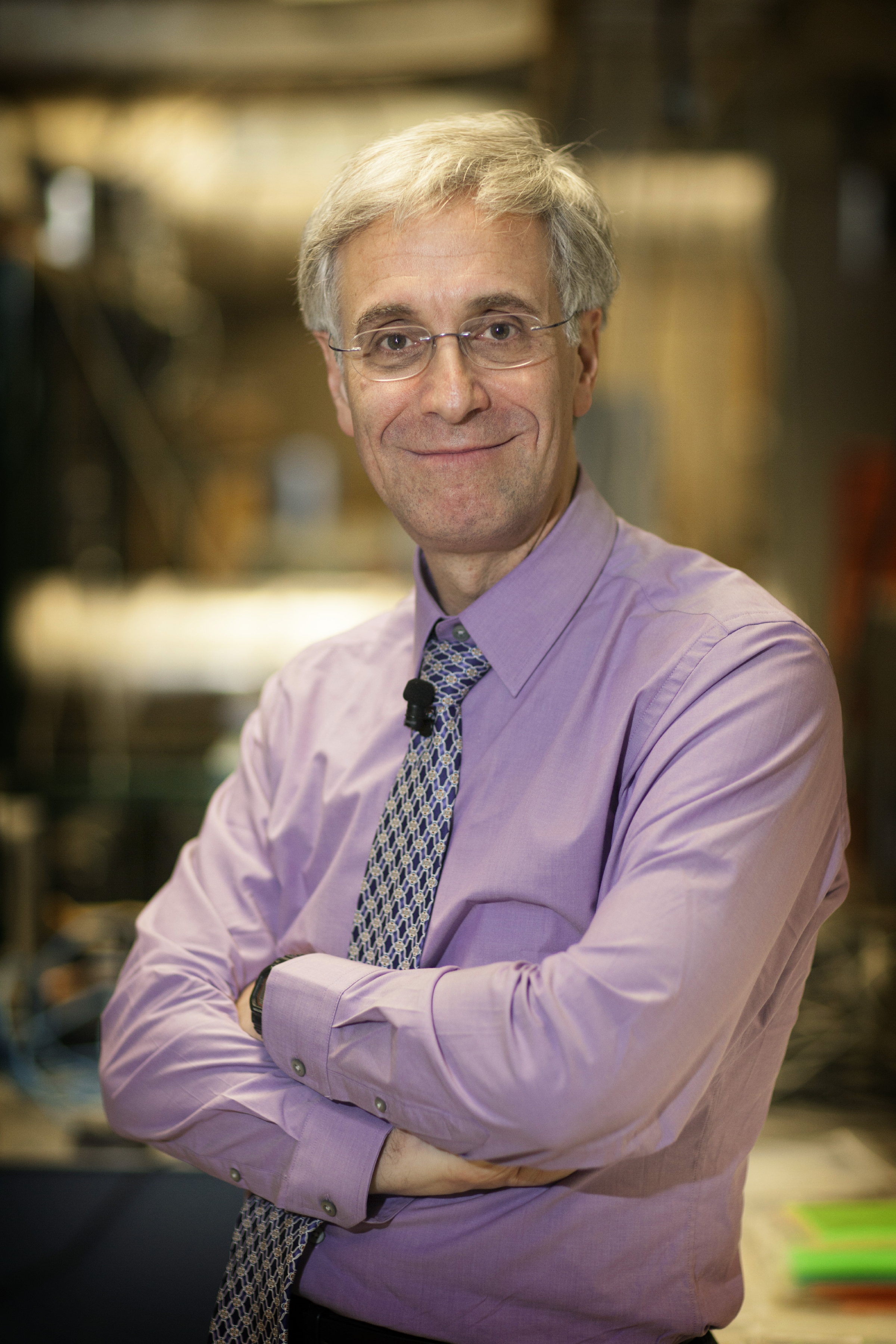 “This professor rocks! I wish all teachers were so enthusiastic.”

Any good teacher would want to hear a comment like that from a student, and physics professor Lou Bloomfield hears plenty from the University of Virginia students who take his physics course, “How Things Work.”

Long known as one of the University’s best and most innovative teachers, he’s getting good feedback – including the comment above – from students he has never met, from far-flung corners of the globe.

Bloomfield is teaching a MOOC – massive open online course – to about 5,000 students worldwide this semester through Coursera, an online education company started last year by two Stanford University professors. He is one of five U.Va. professors in the College of Arts & Sciences and the Darden School of Business offering MOOCs this semester. Anybody can enroll in the free classes, which are an experiment in online education.

U.Va. is among 62 universities offering courses through Coursera. So far, more than 2 million students around the world have signed up.

“I’m producing the course in the same way I’d produce science television, often spending hours to prepare and film a demonstration that occupies just two minutes of video,” Bloomfield said. “Based on the feedback from hundreds of students, that amount of effort seems to be worthwhile.”

The course is six weeks. Bloomfield is producing one episode per week this time around, with plans to add more over time until a future iteration of the course is as expansive as his in-class course. He speaks of the sessions as “episodes” because he has years of experience working in science television with the Discovery Channel and other broadcast outlets, including, currently, a “Science of Hockey” segment that airs between periods at Washington Capitals hockey games.

“I am trying to produce first-rate video for my MOOC, based on my experience with both TV and teaching in the classroom,” said Bloomfield, who is shooting and editing his own video with equipment in his lab and office.

He finds that he needs to work about 100 hours to produce one hour of video. Since the average episode is about 1.6 hours long and he still has to write homework assignments and interact with students, he will have invested more than 1,000 hours in the course, once complete in a few weeks – much more than the 20 to 30 hours per week he would invest in his traditional classroom course. To accommodate this time element, he chose to take this spring semester off from his regular classroom load.

“I want to do this right,” he said. “It’s an experiment, and I want it to succeed. My goal is to make it the best online class that anyone has ever done for introductory physics, and different from anything anyone else will do.

“There’s no point in putting up a PowerPoint presentation with a voice when students already get plenty of that in classrooms and through many distance education courses. A MOOC course, because it’s massively available, must be a new contribution, not just another ‘me too’ course.”

Bloomfield said MOOCs offer educators an opportunity to step up the quality of a class by using the benefits of video. In his case, he’s taking physics lessons and bringing them outside where he can demonstrate, for example, the principles of kinetic energy by riding a child’s wagon down a ramp. Or he can go into a lab and set something on fire. It’s not so easy to do that in a regular class.

“The advantage of a MOOC is that the instructor can plan it out, create its structure and script it out before shooting it, and then edit the video into something wonderful,” said Bloomfield, who often will reshoot a lesson three or four times to “get the mistakes out.”

The disadvantage of a MOOC, he said, is the lack of face-to-face interaction with students that is inherent to a normal classroom. He does, however, hold online forums where students can converse with him and each other and provide feedback. He has heard from hundreds of them, and most of the comments have been very positive.

MOOCs provide the opportunity to educate the world, Bloomfield said. Many of his online students are older, in their 30s and 40s and beyond.

“They’re taking the time to step back and learn what they missed when they were in college or high school,” he said.

Despite all the efforts, there’s a high attrition rate. Bloomfield started the course three weeks ago with about 50,000 students signed up. Less than half actually viewed parts of the class, and only about 5,000 are doing everything, including all of the homework assignments.

“People sign up because they want to learn, and it’s free, but the courses are not meant to be easy,” he said. “The students still have to think, and thinking is hard. And there currently is no college credit at the end.

“Eventually some system will have to be developed where there is something tangible beyond the purely intellectual benefit, and colleges will have to find a way to make money from this to compensate for the investment of time from their faculty.”

Further, universities will need to start valuing professors who put an emphasis on good and innovative teaching, Bloomfield said.

“Earning tenure and being appreciated as a valued member of the faculty currently is based on research, not teaching,” he said. “The system should reward prudent risk-takers, and teaching a MOOC is an example of risk-taking, because it’s a new educational venture that has the potential to distinguish the University. A good course, whether in the class or online, is a presentation to our students of who we are and what we value. And we should value teaching and provide incentives to teach well.”

What Is the ‘4th Side’? END_OF_DOCUMENT_TOKEN_TO_BE_REPLACED